Melbourne is one of the world’s most famous cities – mainly due to the fact that it was voted ‘most liveable city’ seven years in a row from 2011 to 2017! Melbourne definitely has a lot to offer its residents, with a fun coffee culture, lots of arts and music events, and plenty of jobs.

However, Melbourne has a lot to offer tourists as well. So whether you’re visiting Melbourne as part of an Australia road trip, are here on a weekend break, or are thinking of settling down in the city, here are some of the best things to do in Melbourne, loved by locals and visitors alike. 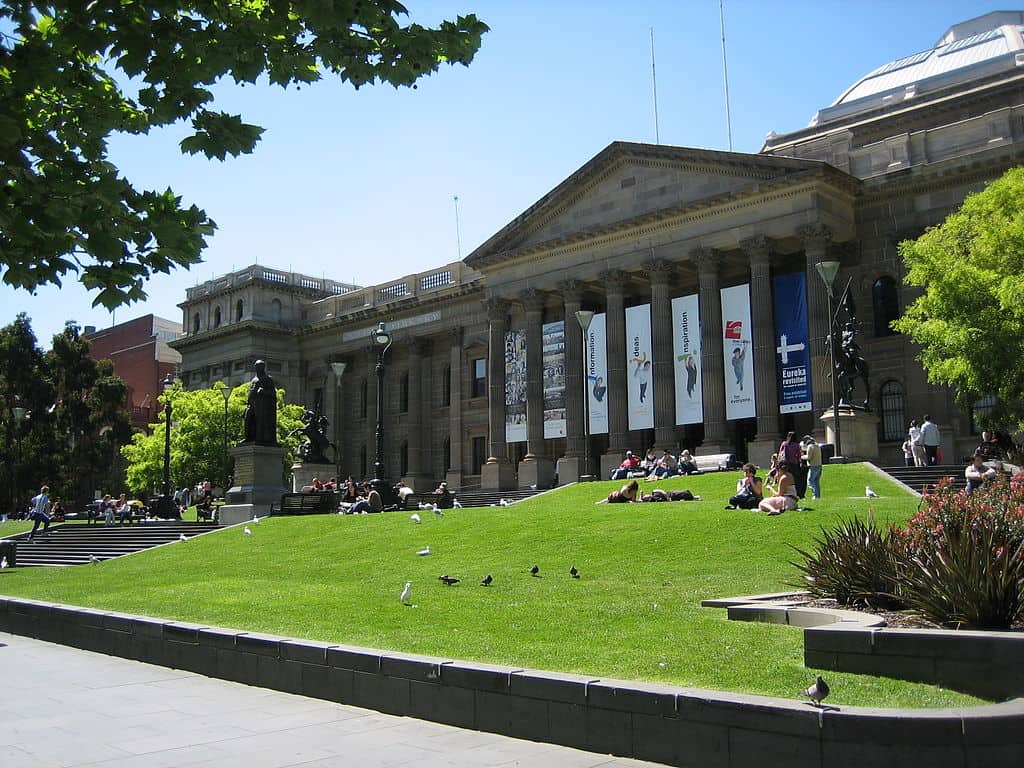 The State Library of Victoria is one of the best free things to do in Melbourne. It houses an impressive collection of the state’s books and is a popular spot for students and digital nomads who want to work. However, it also is home to the Latrobe Reading Room – a beautiful room designed with period decor. There are also various exhibitions about literature and the state’s history. And it’s all for free! 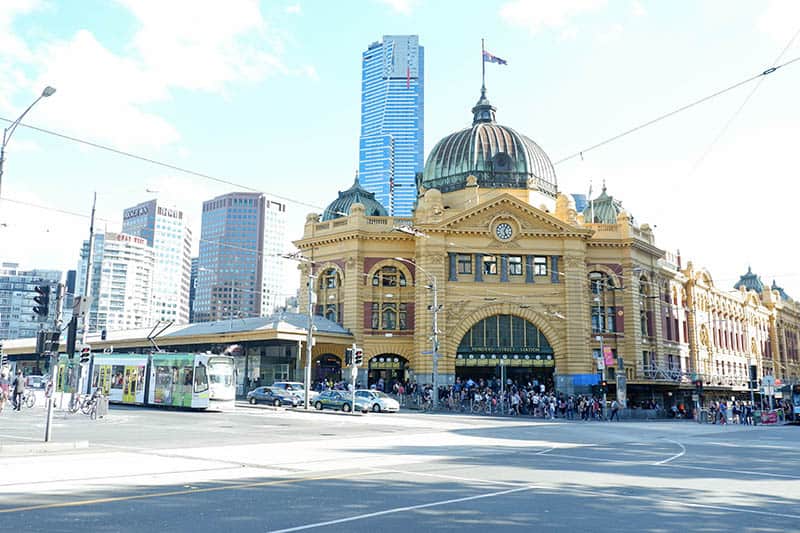 Federation Square is the heart and soul of Melbourne. Especially popular in the summer when temperatures are high and the city moves outdoors, Fed Square often has pop up events. The ACMI, or ‘Australian Centre for the Moving Image’ is a celebration of Australian cinema and is a free museum.

Close by is the historic Flinders Street Station, which is probably the most iconic station in Australia, with a cross between Victorian and Asian styled architecture. 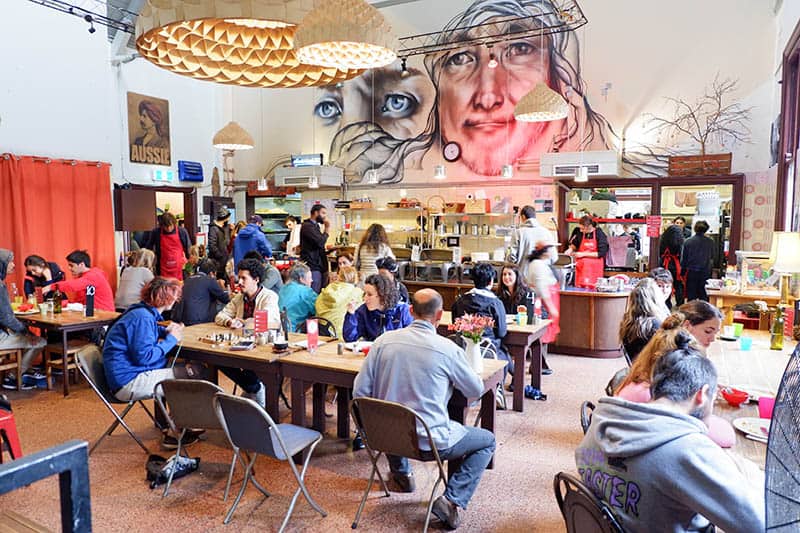 Melbourne’s biggest charm is probably its suburbs; it’s got a lot of them, all with a distinct character. In the north, these suburbs are decidedly more ‘hipster’ than the CBD and south. Fitzroy has plenty of trendy cafes, vintage shops, and world food restaurants, and Northcote and Thornbury also have plenty to offer.

Be sure to also check out Lentil As Anything, a restaurant with branches in Thornbury and Abbotsford. The Abbotsford branch is the original. It’s a ‘pay as you feel’ restaurant where you can pay depending on how much you think the meal was worth and your economic situation. It’s a great model that enables people who wouldn’t be able to afford to go out to eat otherwise to get a decent meal. Just be sure to pay what you can to keep the business going! 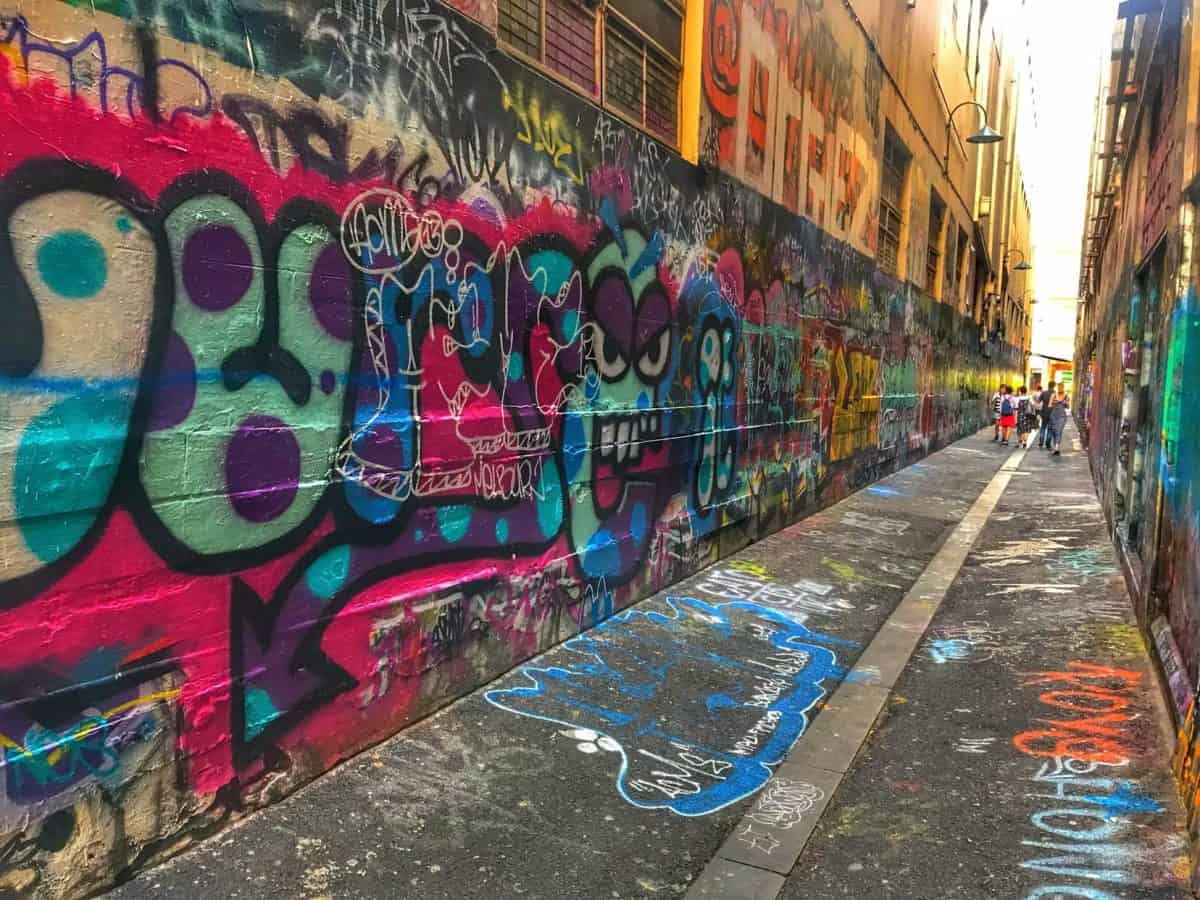 Street art is synonymous with Melbourne. The city has a name for bright murals depicting everything from movements and political messages to characters and illustrations of people. Hoiser Lane is famous as the best place for street art in the city, but other popular spots include ACDC Lane (which is named after the band!), Caledonian Lane which was where St Jerome’s Laneway began, and Centre Place which is located between Collins Street and Flinders Lane.

That being said, you’ll never have to walk far in Melbourne to find some street art, so wherever you go, bring your camera and keep a keen eye out for anything artsy! 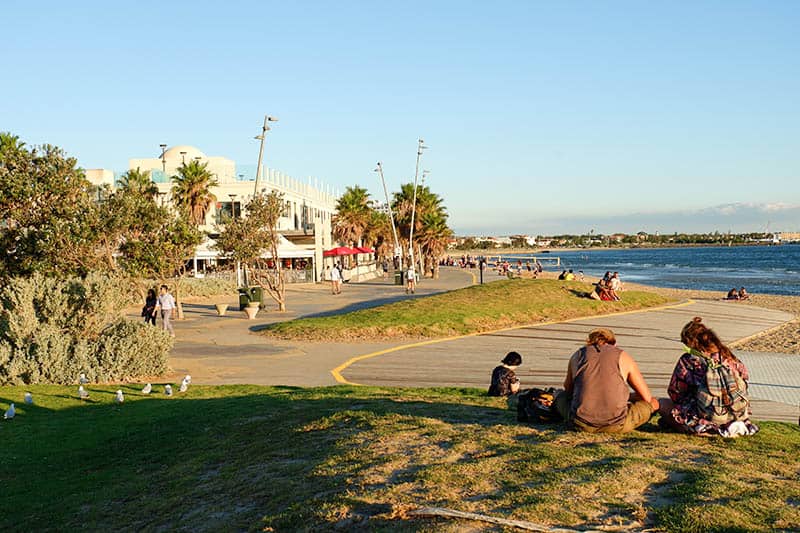 For all Melbourne’s charms, it’s not blessed with the best beaches – however, St Kildas is still well worth checking out. It’s a small beach that’s packed in the summer months when Melbourne’s barometer can top 40 degrees celsius, but what makes St Kilda special is the atmosphere surrounding it. 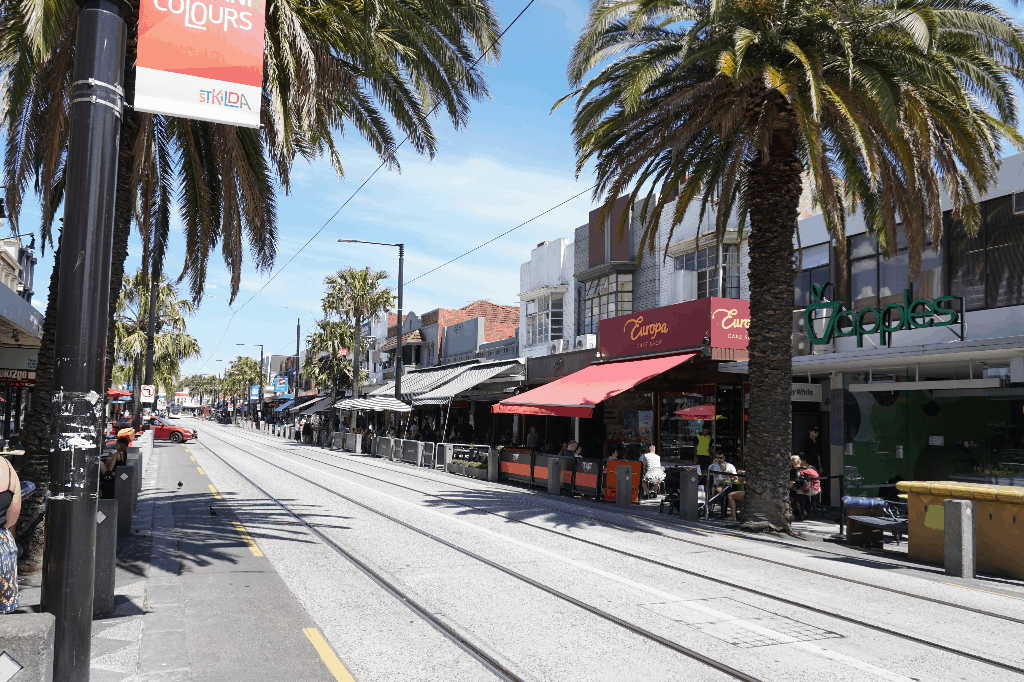 It has an old-school seaside feel, with historic buildings and plenty of ice cream shops as well as pastry shops where you can get a snot block! Kids and big kids alike will love Luna Park, which has attractions and rides and be sure to stick around until dusk for one of the best sunsets in the city.

Melbourne is a diverse, multinational place, and this is reflected in the Immigration Museum. Located in the old customs house, the museum tells the stories of migrants who have come to Australia, from the first European settlers to people who arrive in the country today. It’s somewhere to celebrate Australia’s diverse heritage and offers some important reminders about how similar we all are. 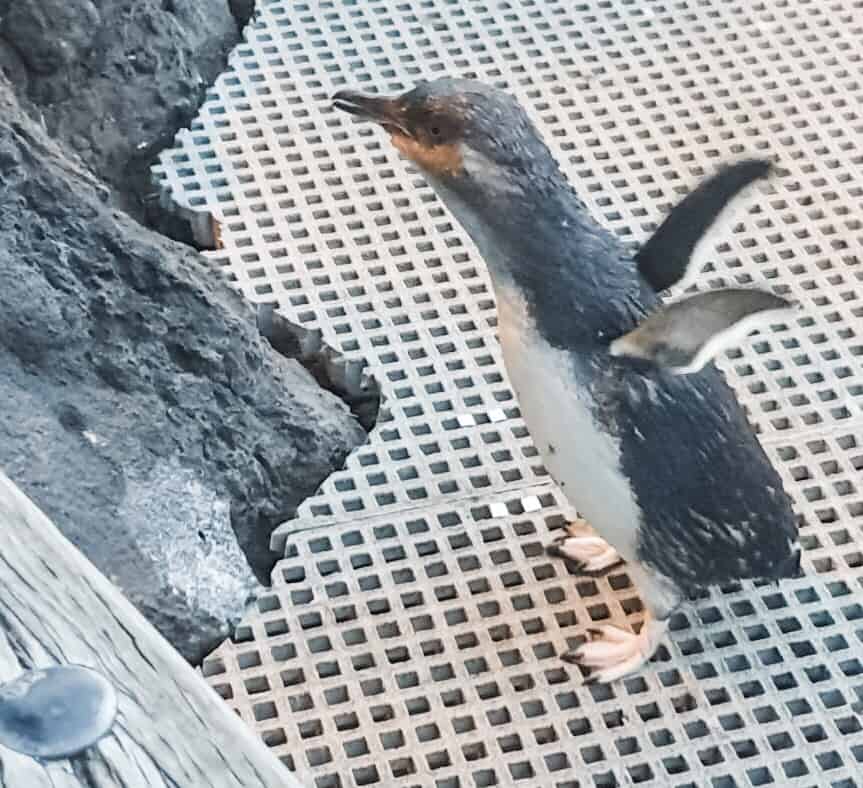 The St Kilda penguin sanctuary is one of the best free things to do in Melbourne. A colony of penguins call this area home and return there nightly after swimming in the seas during the day, and anyone can visit them – the best time to do so is 30 minutes after sunset. The sanctuary is staffed by volunteers, many who are very knowledgeable about penguins and love to chat about them! Photography is permitted, but only without flash, as this can harm and irritate the penguins.

If you want to learn about the history of the city or want something to do in Melbourne in the rain, check out the Melbourne Museum. This impressive museum has exhibitions focused around the city and its heritage, from its Aboriginal roots to modern-day. There are also other exhibitions about topics like the flora and fauna of Victoria and Melbourne and more scientific exhibitions. 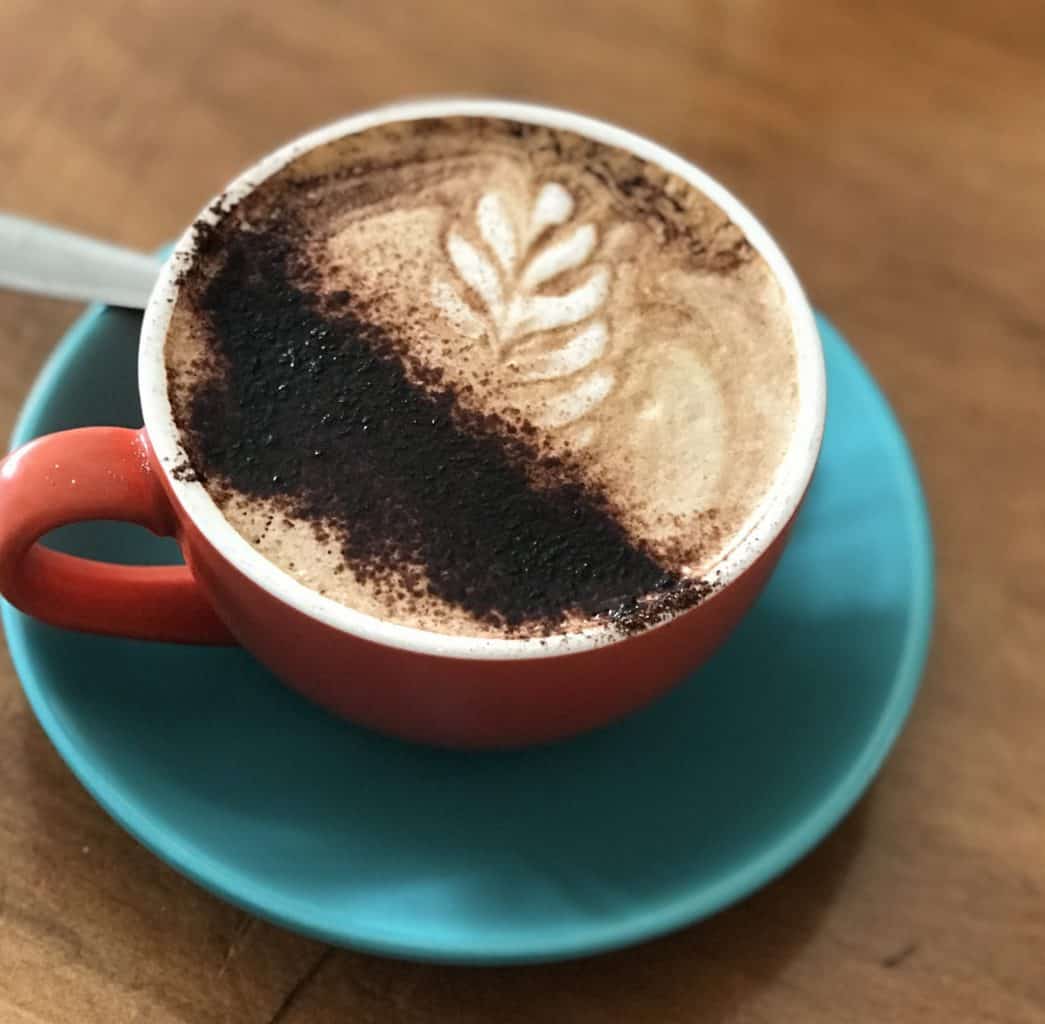 As well as street art, Melbourne is very famous for its coffee culture. Don’t get a Starbucks here – there are many cafes that serve up an amazing brew. Favorites include Higher Ground in the CBD, The Kettle Black in South Melbourne and Slowpoke Espresso in Fitzroy. However, wherever you turn you’ll find plenty of cafes that are perfect for grabbing a flat white (an Australian specialty) and an avo on toast and watching the day go by. 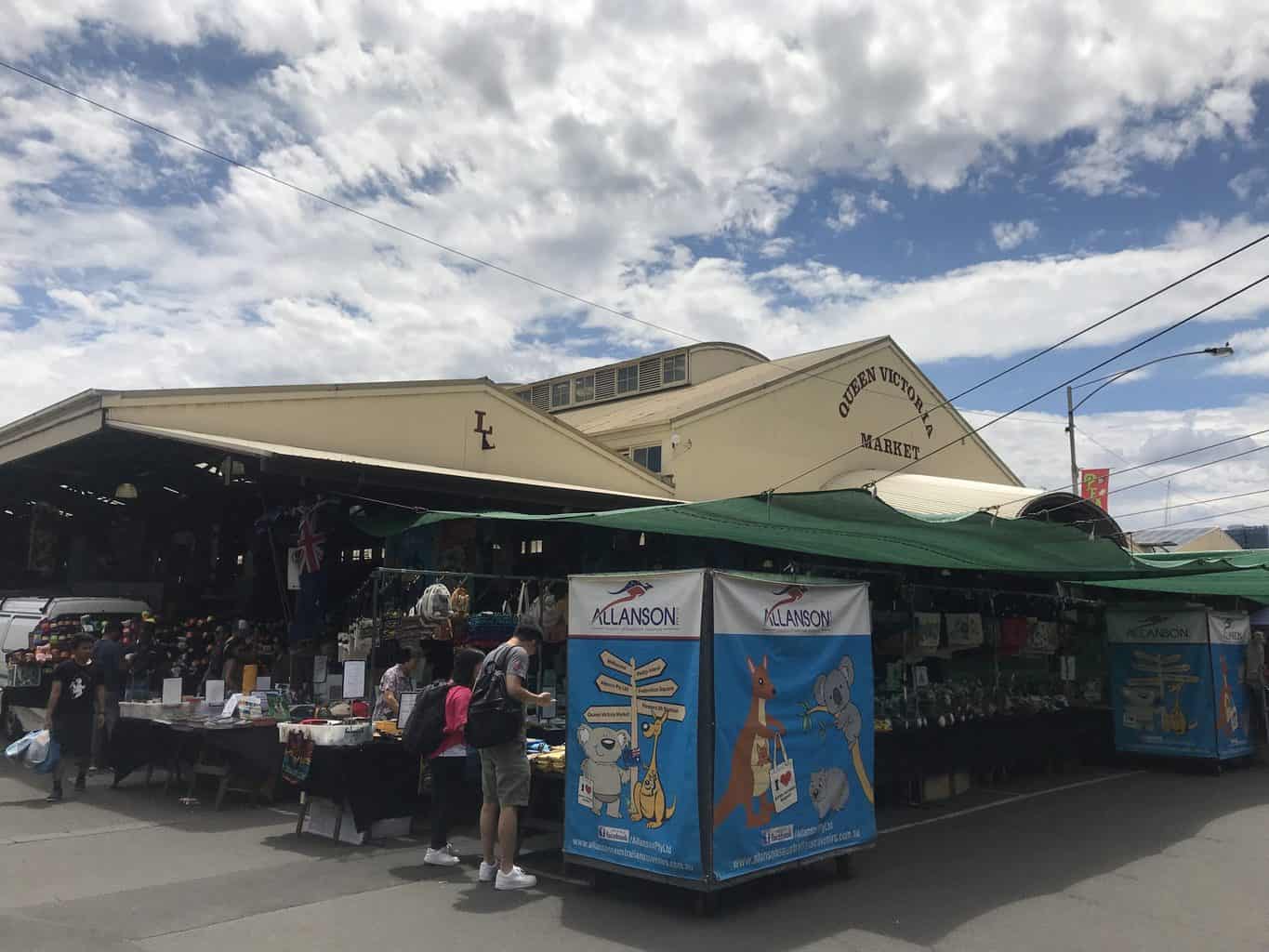 Market culture is alive and kicking in Australia, and Melbourne’s Queen Victoria Markets are no exception. Whether you’re after fresh produce, handicrafts or artisan products, you’ll find something here – but it’s also a great place to just go and enjoy the atmosphere. You can even take foodie tours around the market to learn about it a little more! The markets are open Tuesday – Saturday 6 am until 3 or 4 pm, and Sunday from 9 am to 4 pm.

Things to do in Melbourne

Melbourne is a fascinating, diverse, artsy city, and it’s easy to see why so many people love it and why it’s rated as such a liveable place. Come and see what the fuss is about, enjoy the best Melbourne attractions, but beware – you might never want to leave!

Things to do in Melbourne