21 Most Instagrammable Foods in Las Vegas

21 Most Instagrammable Foods in Las Vegas

Vegas is over the top and lucky for visitors this includes the food! Here are the most Instagrammable foods in Las Vegas and where to find them, including desserts, main dishes, beverages, shakes, and more! Not only do these look good they taste amazing! Creamberry has all kinds of colorful creations like rolled tacos made with ice cream and burritos made with cotton candy. Located at: 7965 S Rainbow Blvd #140, Las Vegas, NV 89113 Cafe Hollywood, open 24 hours a day, is a good place if you are after a freakshake this is a great option. They’ve got incredible Super Nova Shakes for $16 each! To wash down your treats they offer 24 wines by the glass, an interesting cocktail menu, and a full bar. And if you take a look at their Instagram page it appears that you have a high chance of seeing a celebrity here! Located inside Planet Hollywood. If you are looking for more milkshakes in Vegas check out our article 12 Best Milkshakes in Las Vegas. Truffles N Bacon serves creative American foods like their UBE french toast or pancakes. Ube is a purple yam commonly used in sweets for their bright purple color. In addition to their sweets, the hamburgers are insane and Instagram worthy as well. Located at 8872 S Eastern Ave #100, Las Vegas, NV 89123. Jjanga Steak & Sushi has an unbelievably sushi tower that is more than Instagrammable and it’s been featured on the Travel Channel! This is a sushi bar & a Japanese steakhouse with a full bar, hibachi grills & outdoor patio. Everything they serve is super colorful including their sushi tacos. They have an all you can eat sushi option for lunch and dinner. Located at 6125 S Fort Apache Rd, Las Vegas, NV 89148. LV Serenade Coffee Shop has rainbow coffees and elaborate dessert toast. I once drove all over Melbourne, Australia in search of a rainbow coffee and never found one. So, I am thrilled Vegas has one now! Located at 7920 S Rainbow Blvd Ste 100, Las Vegas, NV 89139. Craft Kitchen LV is an eatery serving creative, locally sourced New American dishes. Their pancakes are a favorite on Instagram, like the Girl Scout Thin Mint Pancakes or the UBE pancakes! If they are offering a cheese board when you visit, it will likely be super colorful. Located at 10940 S Eastern Ave Ste 107, Henderson, NV 89052. Hash House a Go Go is a popular breakfast restaurant with over the top food with several locations around the world. Their chicken and waffles appears often on Instagram Located inside the Linq and at other locations around Las Vegas. And yes, this is next to the Las Vegas High Roller. The Sugar Factory has reopened and it’s better than ever. Their colorful fish bowl drinks are extremely photogenic. Here’s a Sugar Factory coupon: $40 worth of food for only $28. Located inside the Fashion Show Mall.

We have an entire post dedicated to colorful over the top cocktails, all of which would look good on your instagram. You can read our post here: 16 Crazy Las Vegas Cocktails. 2 of the milkshakes at Black Tap

Black Tap has finally arrived in Las Vegas and it does two things quite well, milkshakes and burgers. Their milkshakes are true freakshakes!

Hangover Recovery Bloody Mary at Guy Fieri’s Kitchen & Bar has one of the most Instagrammable Bloody Mary’s in Las Vegas. It’s essentially an entire meal! Fiddlestix is part of Gold Spike, which seems to be a night club most of the time. However, they have this cafe called Fiddlestix featuring a variety of large alcoholic milkshakes and Unicorn grilled cheese sandwiches. 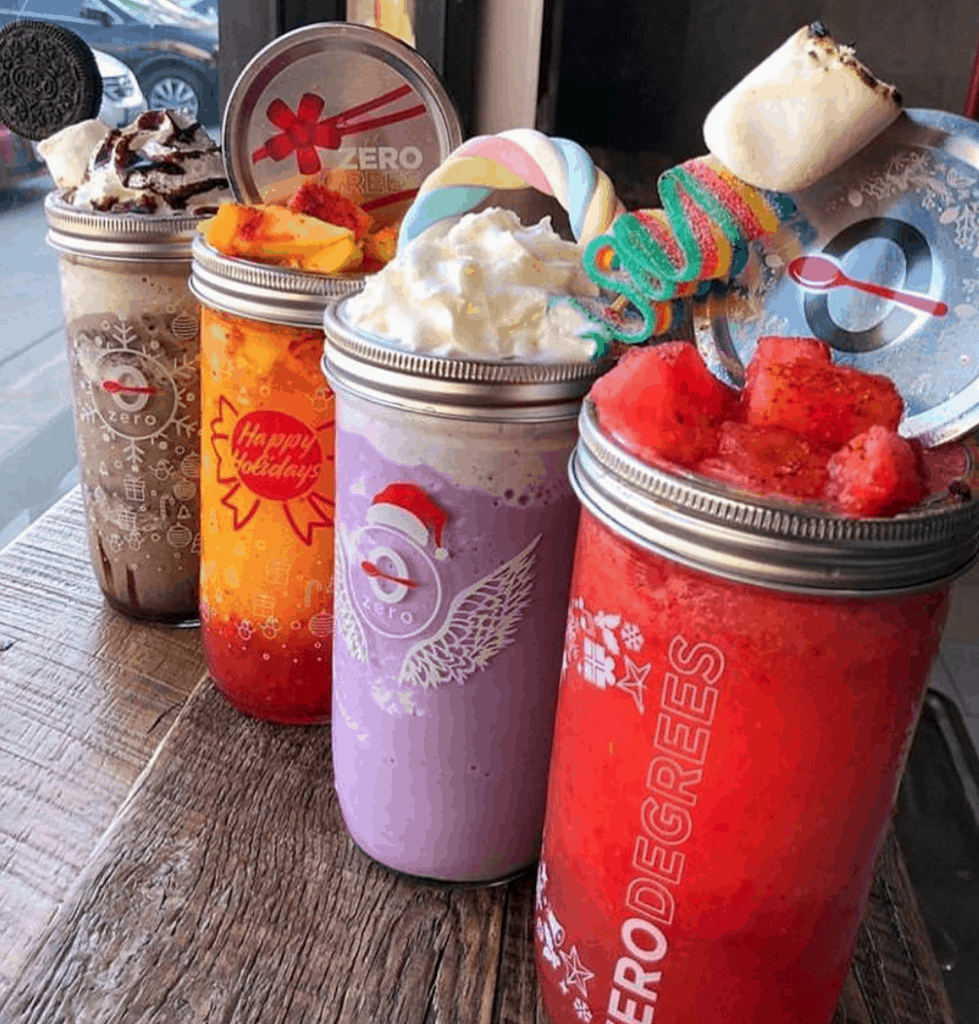 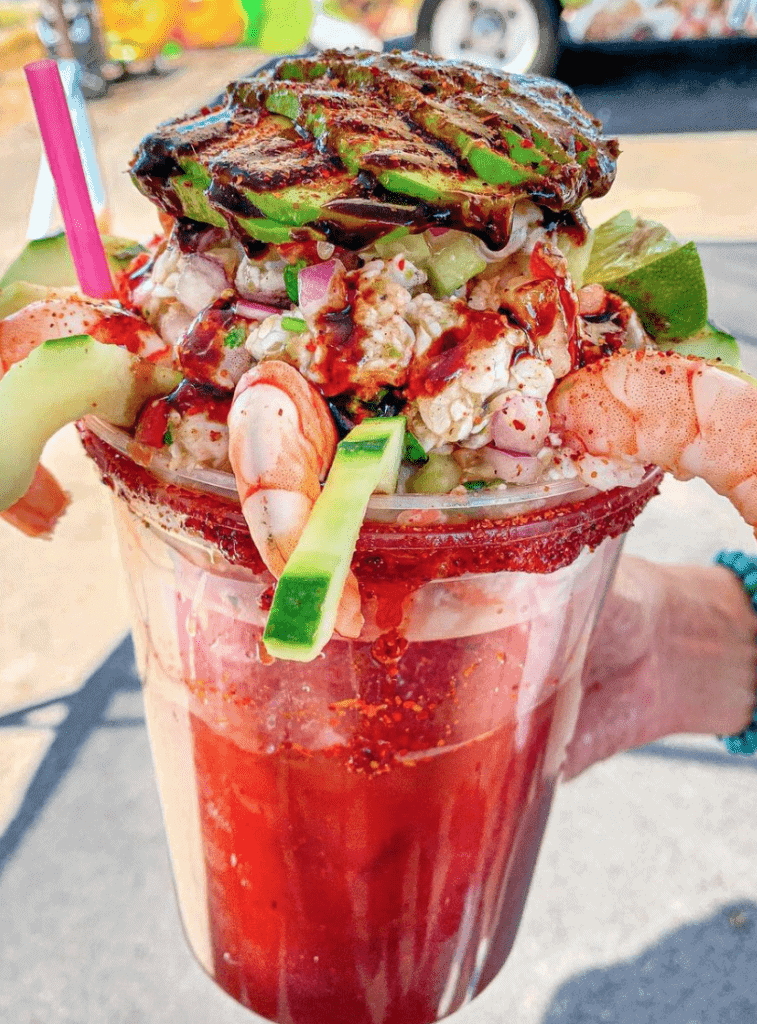 Their Michloka creation is insane. It’s a Michelada drink with ceviche on top. Note that these are non-alcoholic because it is a food truck. If you are looking to booze bring something to mix in.  Located at 1000 N Nellis Blvd, Las Vegas. 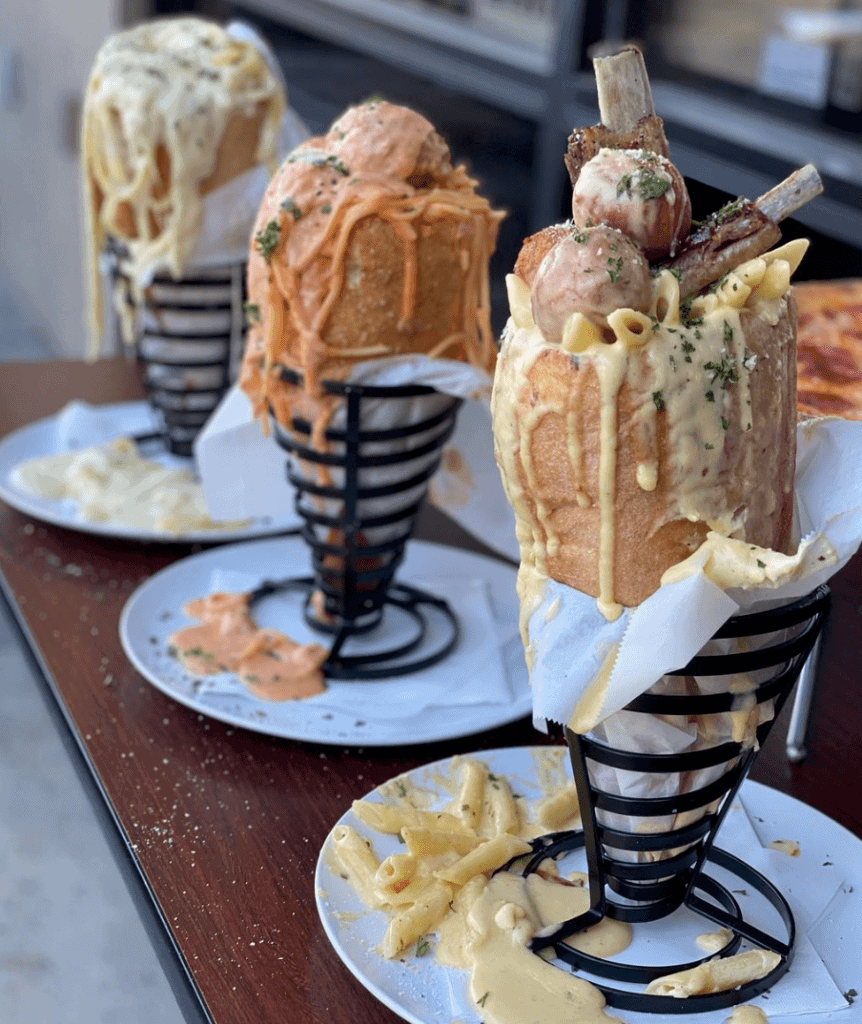 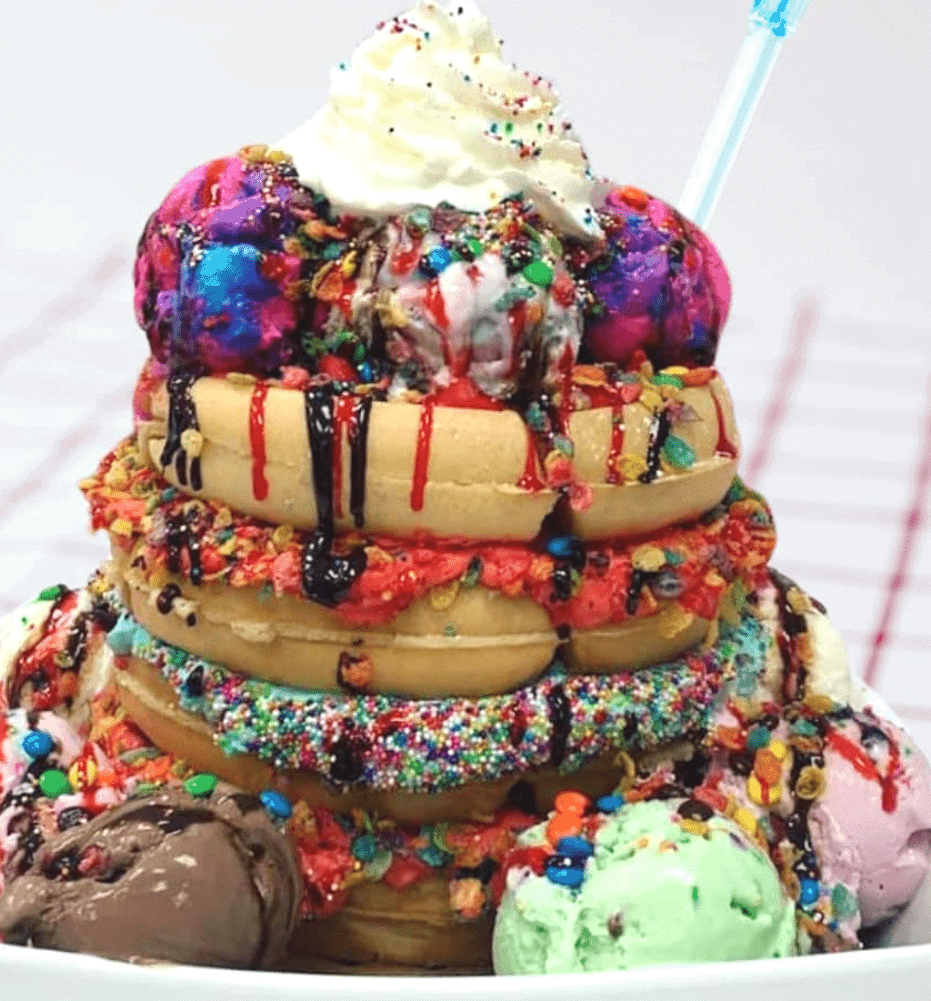 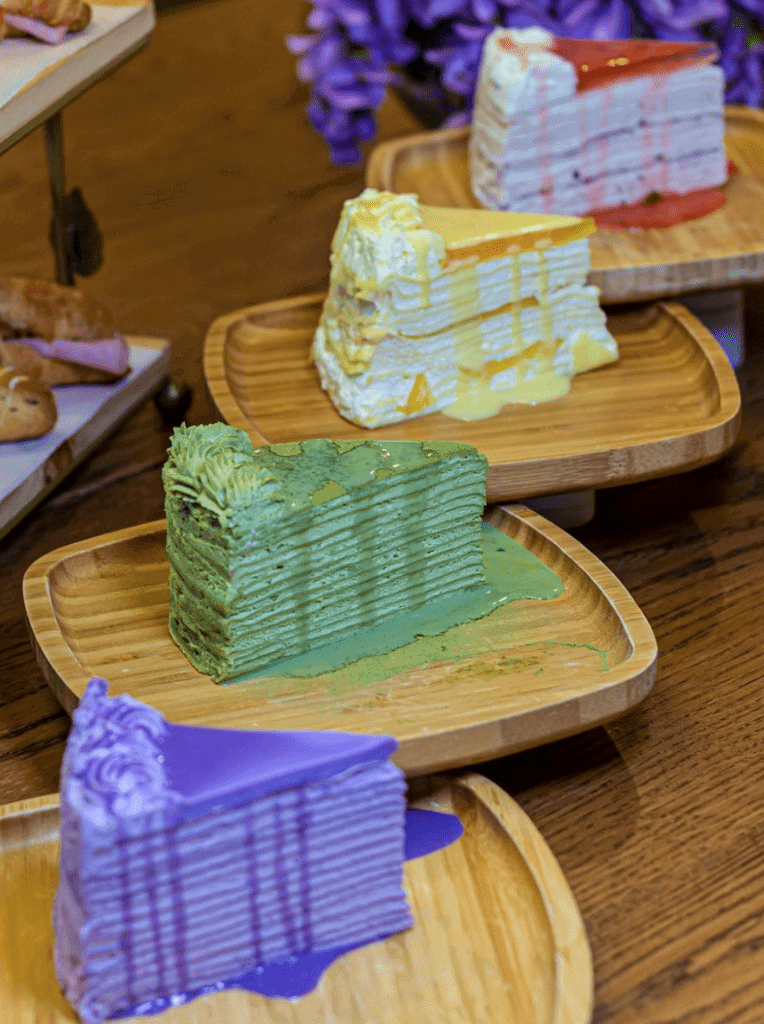 LaPostte has beautiful crepe cakes and lots of other colorful creations. Located at 5410 W Spring Mountain Rd. in the Chinatown area.

Where is the most Instagrammable food you have found in Las Vegas? This list should keep you busy for a while! We wish you happy eating and drinking. And if you know of a great place we missed it us know in the comments below.

If you do not have time to visit all these places consider taking a Boozy Brunch Tour.

Planning to Party in Las Vegas?

Here are some articles I’ve written that will hopefully help you plan your trip, including tips on what to wear if you’re a lady.

Find a club promoter, skip the lines, and get if FREE

Ladies – What to wear out at night in Vegas

10 Great Ideas for a Bachelor Party in Las Vegas

Where to Stay in Las Vegas

Cosmopolitan <- My favorite place to stay

The Palazzo <- My second favorite place to stay

12 Ways to save money in Las Vegas