The 2013 Chevy Traverse is a solid SUV option for moms that want to avoid the minivan. See photos and the features we loved the most. 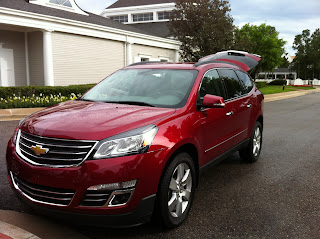 The 2013 Chevy Traverse is for the mom that doesn’t want to drive a minivan! I say this as a mom who hates driving a minivan. In my defense, there weren’t a whole lot of options when we went from a 2 kid car to a 3 kid car seven years ago. So, what is it you wonder that make me think this SUV can compete with the minivan! For me it came down to two things, the seating arrangement and the storage in the back.

Seating Arrangement in the Chevy Traverse

The seating simply put, is just like a minivan. Meaning 2 seats in the front, 2 seats in the middle that do not touch, and the traditional 3 seats in the back row. For me personally, it is a major deal to be able to sit all three kids in their own seats. I do not want my kids touching each other. I do not want to listen to “She’s touching me.” or “He’s breathing on me.” Mom’s I know that you know what I am talking about! 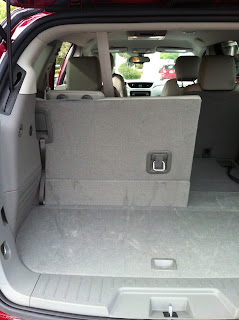 Everyone knows that minivans crush the SUV when it comes to storage. Chevy obviously realized this and have made some improvements. The storage in the Traverse is almost twice what I’ve seen in comparable suv’s. Is it as much as a minivan? No, but for an SUV with a 3rd row, it’s the best I’ve seen so far. 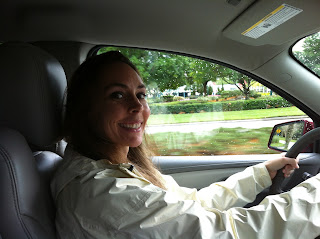 Disclaimer – Thanks to Chevy for bringing out some cars for us to try out during our conference. All opinions are my own.