At the tail end of winter aka March, I flew down to Reno and picked up the 2018 Volkswagen Atlas 4Motion AWD and drove it to Tahoe where I had the chance to learn about Volkswagen’s 4Motion Technology and their partnership with Snow Pros. Plus, I came across a ghost town and went skiing. Read on to learn about the car and the places I took the car! 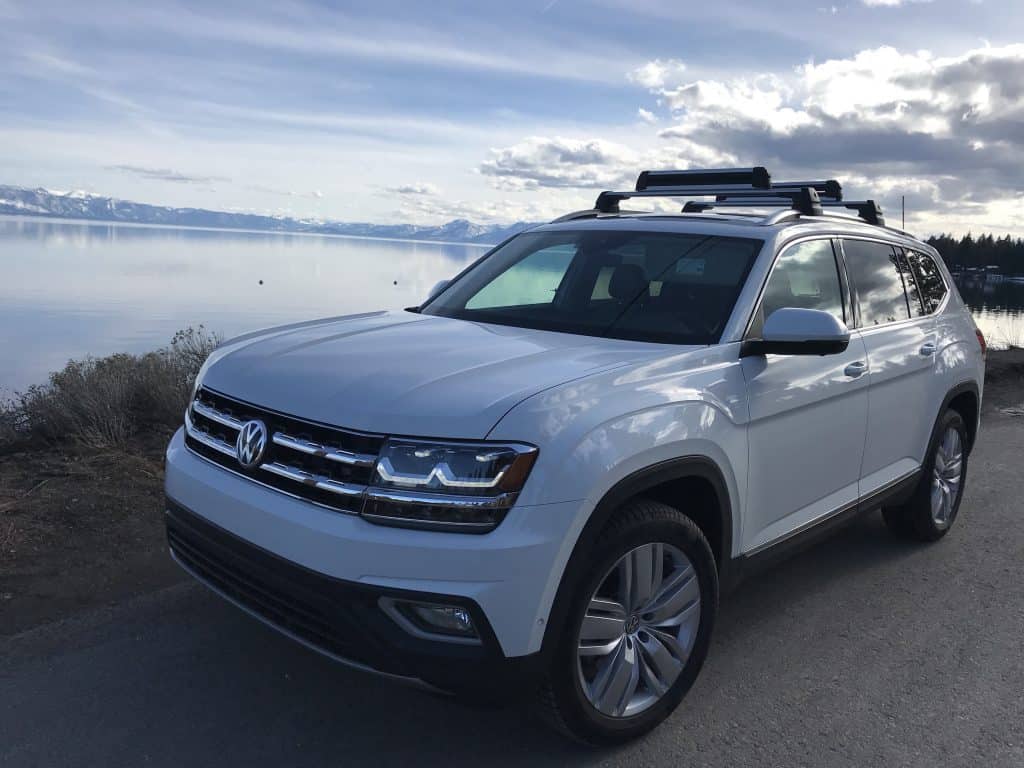 The specific model I drove was the 2018 Volkswagen Atlas 4Motion AWD with 8 seats. It was fully loaded with all the bells and whistles, priced at $48,740.00. Despite it’s massive size I got decent gas mileage, 22MPG.

4MOTION Active Control lets the driver switch the assistance systems in a matter of seconds with a single manual operation to adapt to the precise driving situation.

In Snow mode, if slippage is detected at one of the four wheels, the system reduces engine output. I drove through a ton of snow and the car handles really well. I had no issues at all. In snow mode, you can expect:

This is the automatic setting for off-road parameters. Sadly, I did not get a chance to off-road this SUV yet, but maybe in the future. In off-road mode, you can expect:

When drivers select Custom Offroad, they can make several adjustments to the Offroad mode themselves. 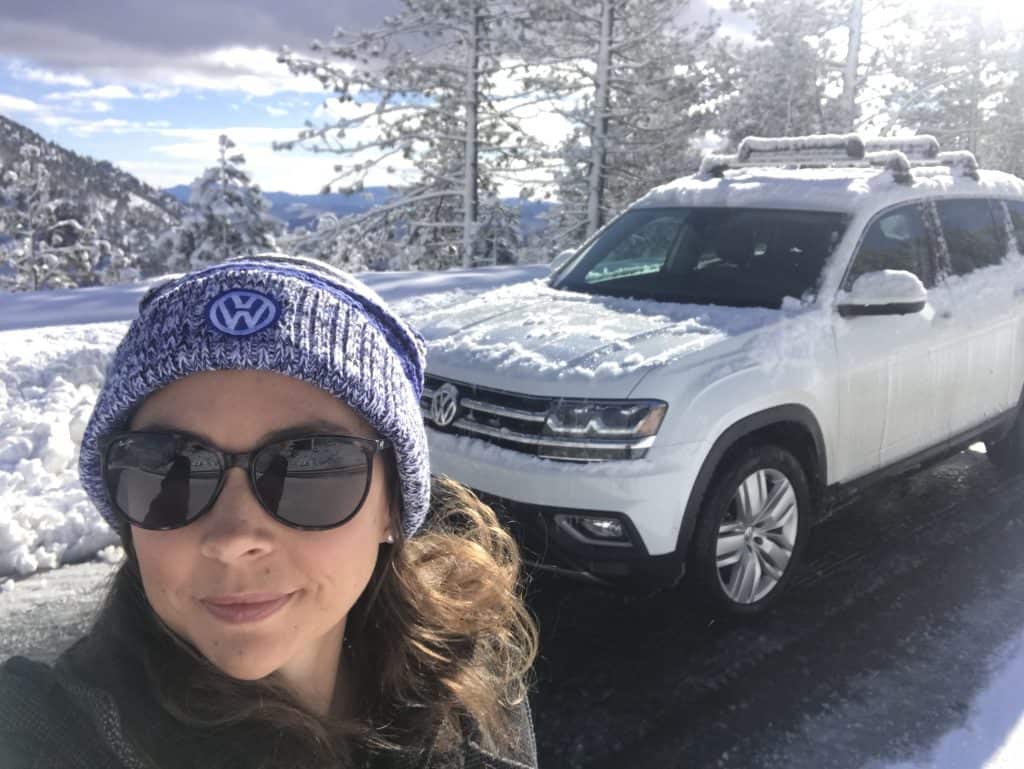 If I were planning to purchase an SUV, this would probably be it. On the Atlas there were a lot of features I enjoyed and some that really stood out to me. Here are my 10 favorite features:

Touch Screen that works as fast as my phone! The touchscreen in the dash allows you to scroll through information fast and you can scroll like using a cell phone. Things you can do with the touchscreen are access Apple Car Play or Android Auto, use the navigation system, and use the backup camera which is a 360 degree, birds eye view backup camera!

Heated Second Row Seats: The seats in the second row are heated too! The second row has their own vents and control of their air. 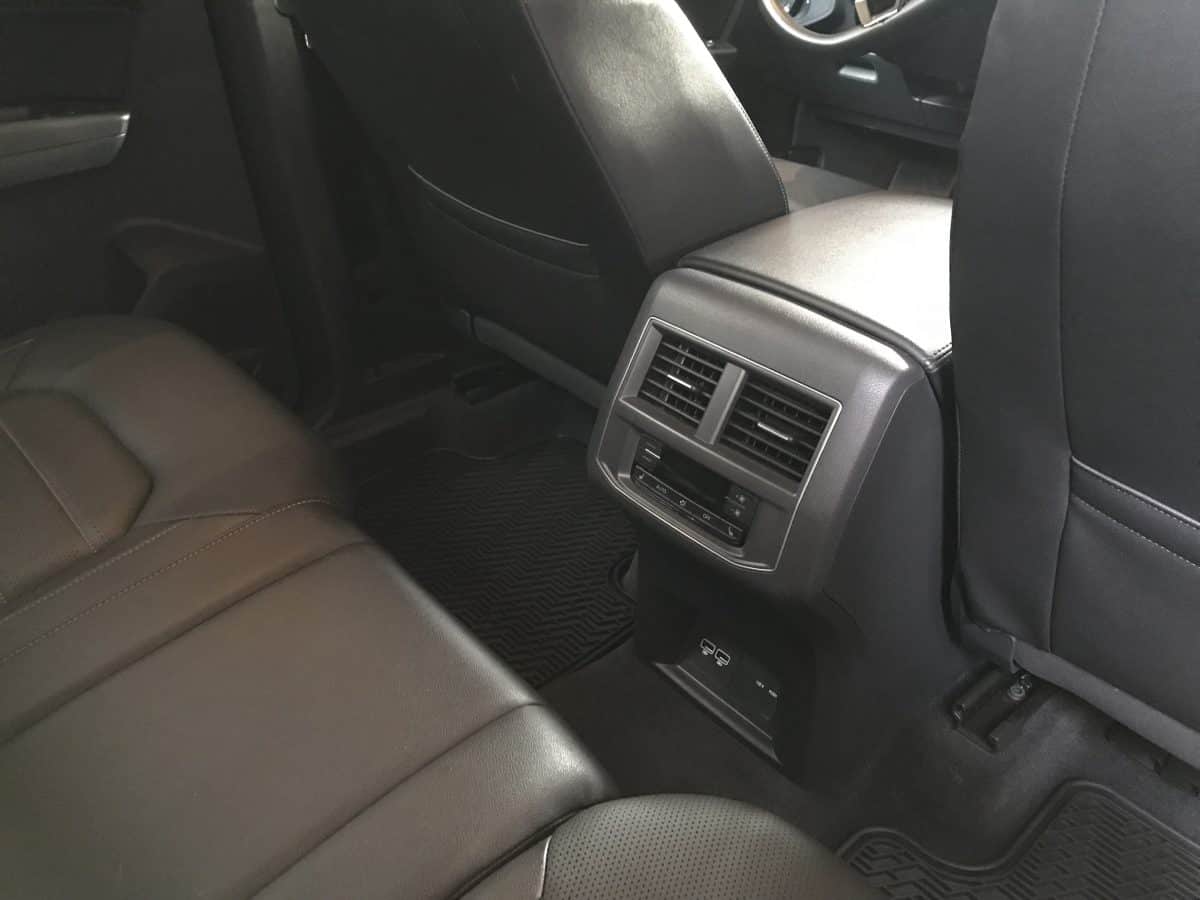 Heated Steering Wheel: Where I live can get miserably cold and having a heated steering wheel is so fantastic.

Dash cubby: I don’t know what else to call it, but on the dash is a little enclave and it’s the perfect spot of a cell phone.

Customizable Dash – The dash is electronic so you can pick and choose what you want to look at. I loved having the navigation displayed in the dash right in front of me. It also shows you the time and temperature. 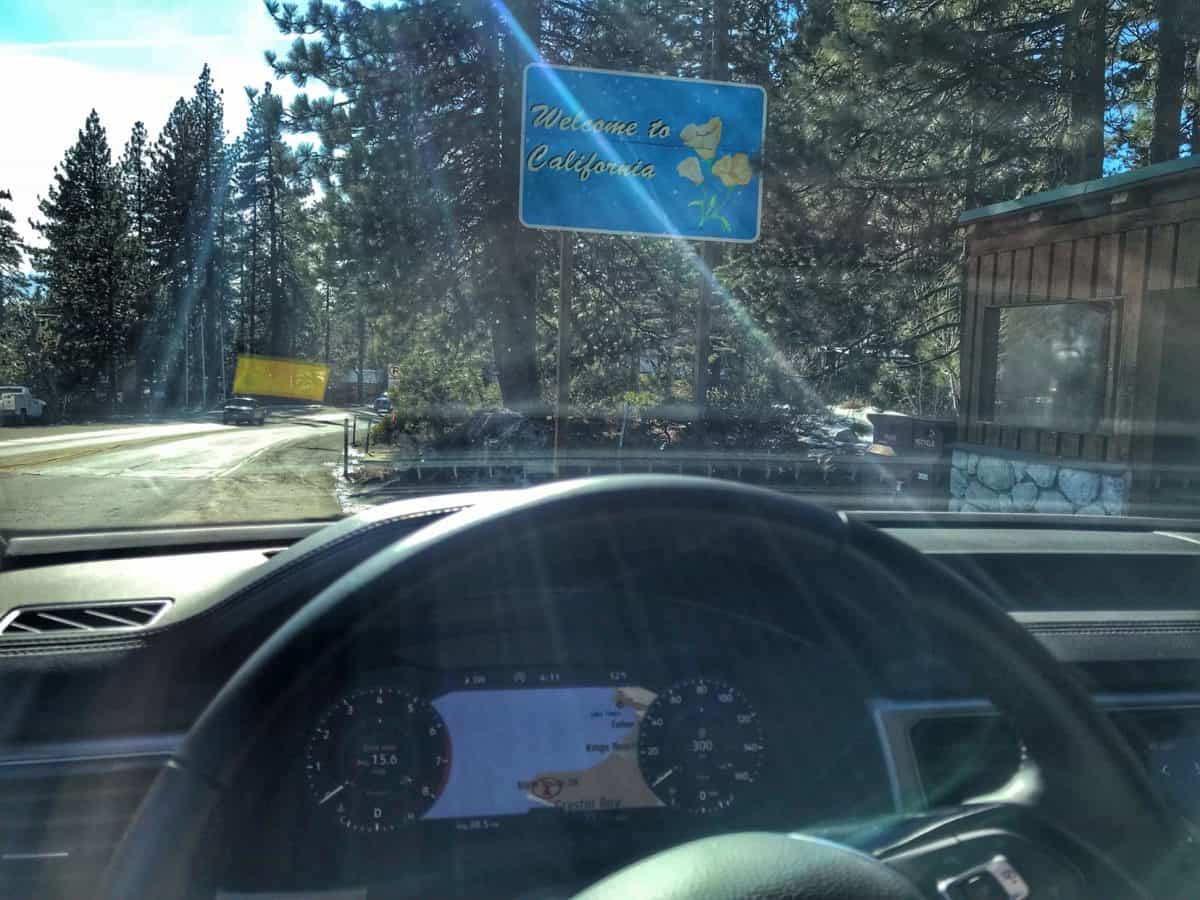 Roomier 3rd Row: The 3rd row legroom is better than expected. It has 33.7 inches of leg room which is almost as much as the second row has, but the second row can be moved forward or backwards, which increases the leg room greatly if needed. I sat back here with no issue.

Generous Trunk Space: The Atlas has a lot of trunk space with the 3rd row up or down. 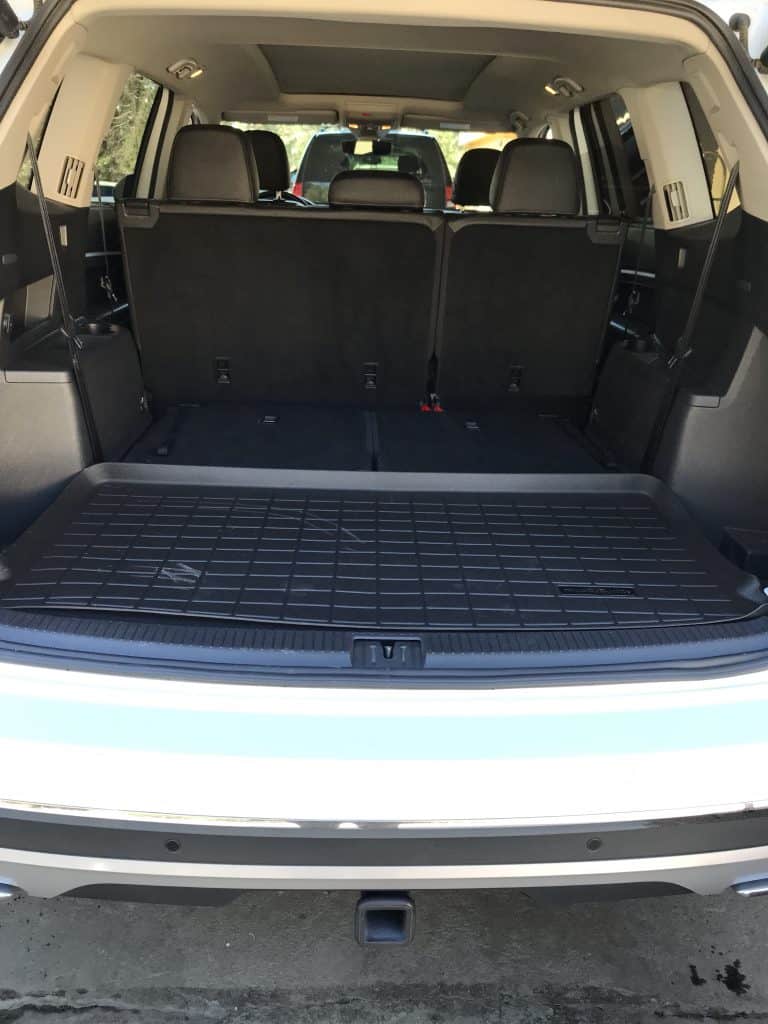 Here’s a quick video walking you through the Atlas.

Shop for your own Atlas

Edmunds has lots of used 2018 models. 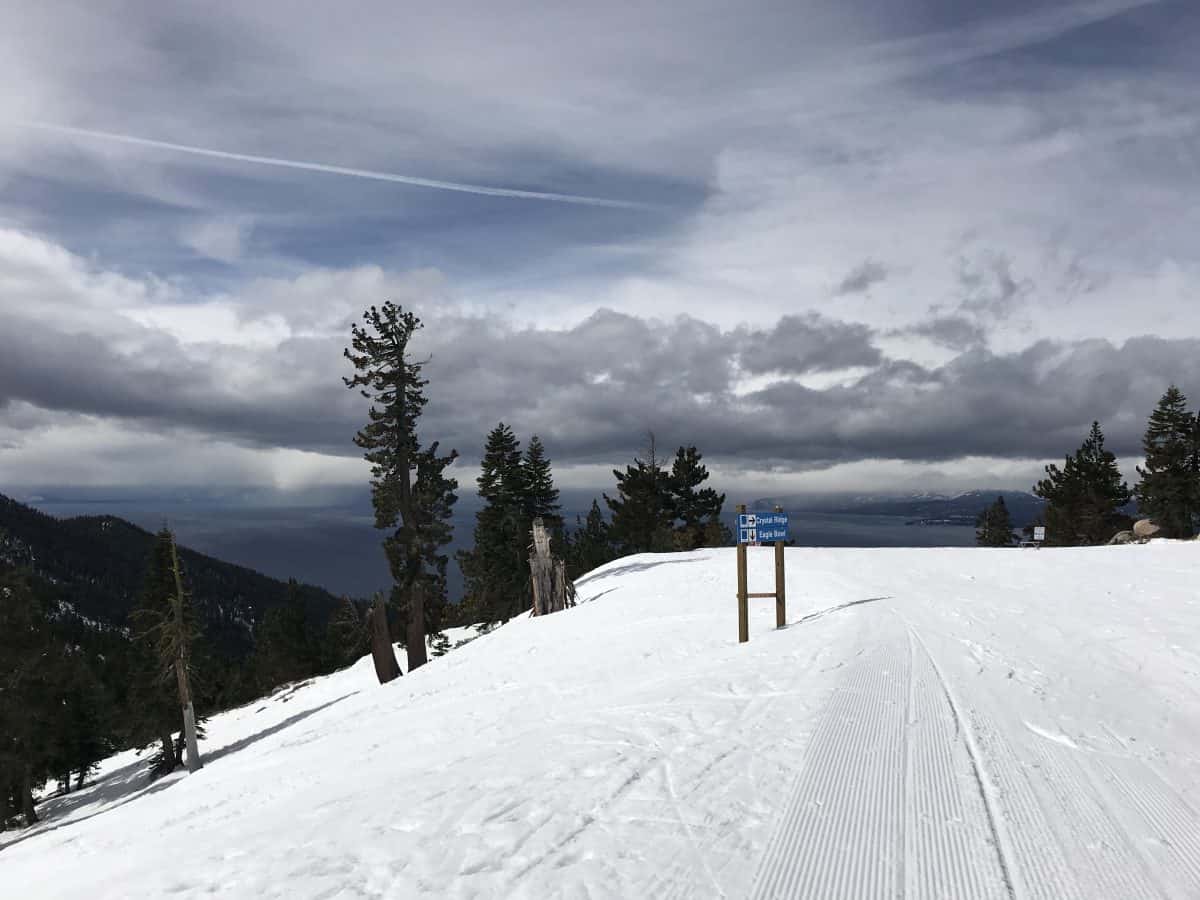 Snow Pros is a super interesting ski and snowboarding program and I am hoping that next November my kids can get into it as jr ski instructor assistants. Snow Pros are either Professional Ski Instructors of America or part of the American Association of Snowboard Instructors. When you or your kids need to take a lesson you want them to be a Snow Pro! Many Volkswagen vehicles are built to support an active outdoor lifestyle that includes winter sports, so this is a natural partnership.

Volkswagen did take us skiing with Snow Pro instructors and even though I have skied for a long time I got a lesson tailored to my ability. With the lesson I was able to tell an immediate benefit. I was skiing more aggressive and faster with just one lesson! Full disclosure: I got a little mad at my instructor. Heights are a little tough for me and although they do not prevent me from skiing, I do avoid blacks. Just looking down a black gives me anxiety. I do not care if I can ski down it or not, it’s purely a height thing. Well, she of course put me on blacks and wasn’t real compassionate about the issue. She was like, you can obviously do it, so just do it! And I did. 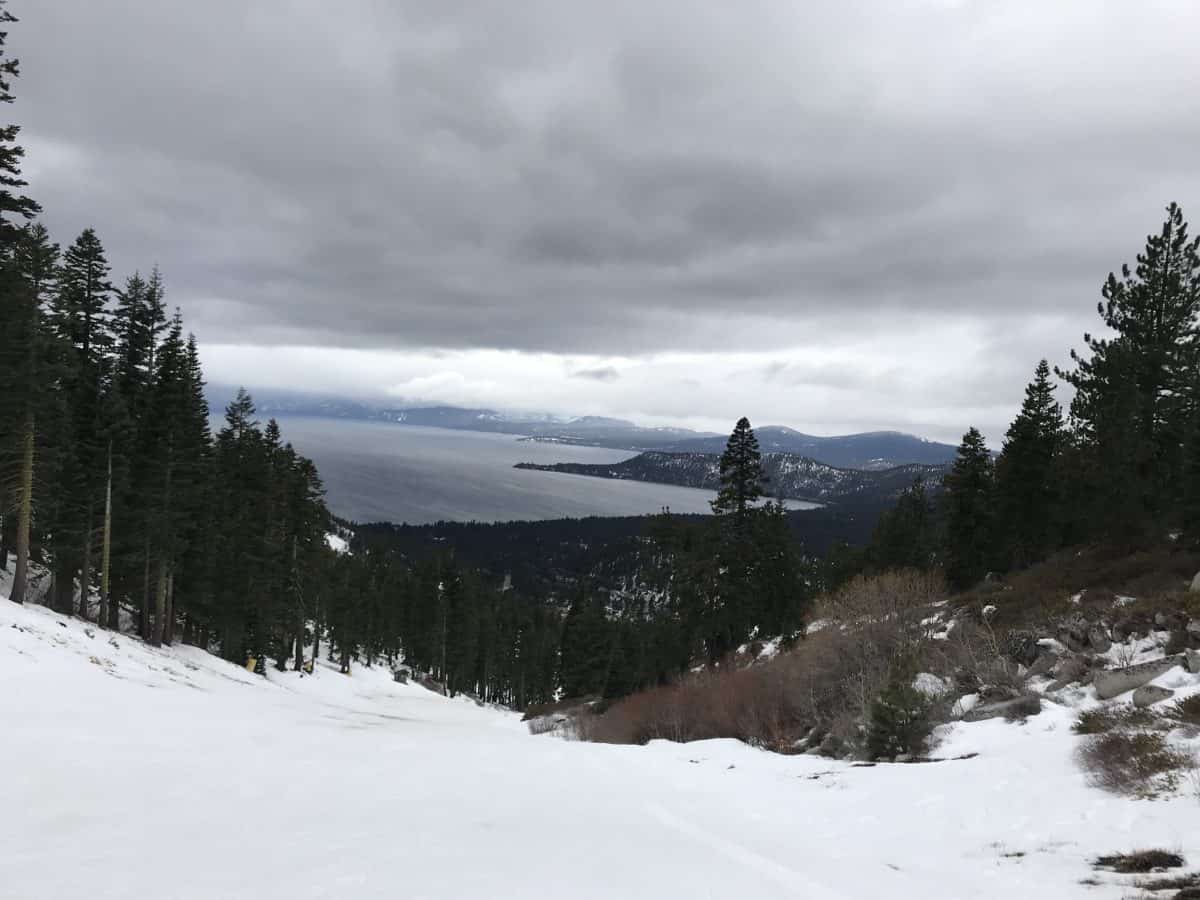 We all took our lesson at Diamond Peak and spend the day skiing here. It looks deceiving when you pull up, because it seems small, but once you are up on the mountain it is massive!

The best part of skiing here were the views, but a close second was the ski program. They literally had a ski instructor for every possible level. In our group were a few adults that had never skied before and by the end of the day they were skiing blues.

I wasn’t in the best shape of my life, so I was worn out after a few hours. We skied almost all blues, because their green runs are super easy. Lucky for me they have a restaurant half the way up. I hung out up there enjoying a hot chocolate with a little kick.

Overall, I felt like the skiing at Diamond Peak was fantastic. I definitely want to ski Tahoe again sometime soon! I think my kids would really appreciate skiing here too since I noticed no ice! We ski on a lot of ice in Oregon. 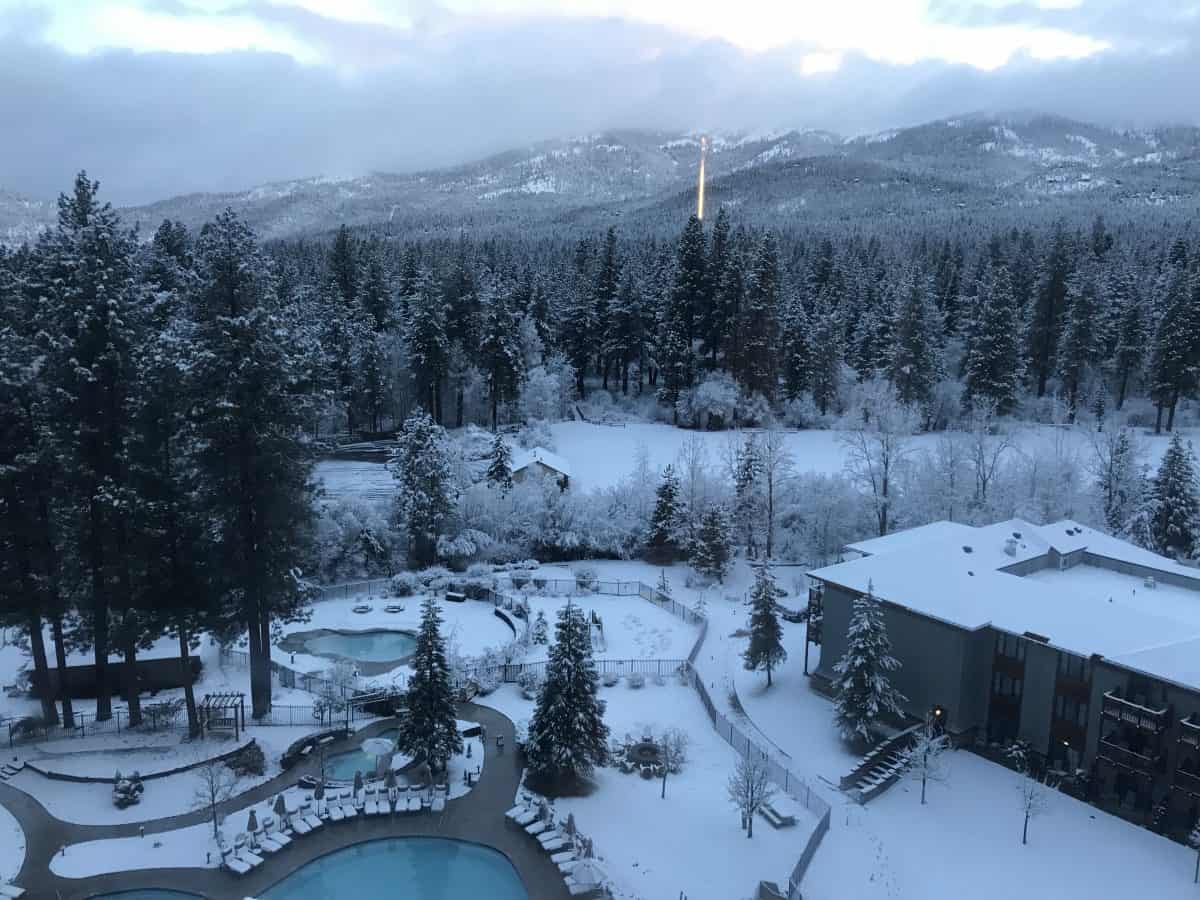 While I was there I stayed at the Hyatt Regency Lake Tahoe, a family friendly place to stay in the Tahoe area. It is extremely close to Diamond Peak ski resort, which was quite nice. I ended up having breakfast, lunch, and dinner at the hotel and every meal was fantastic. 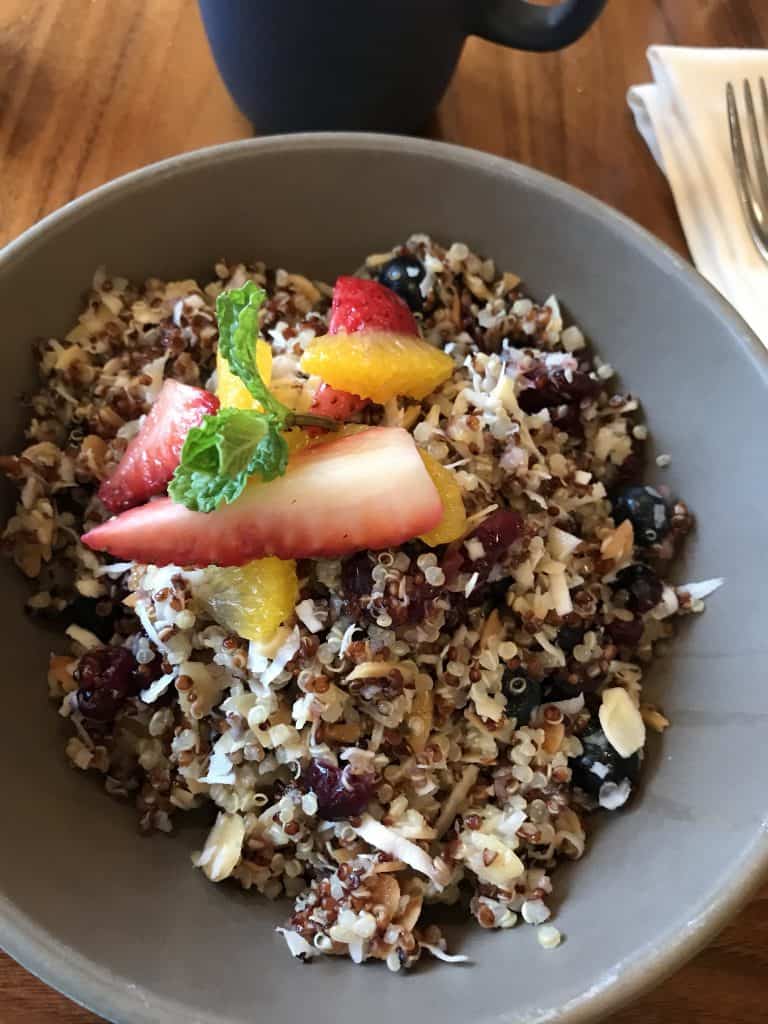 My room was spacious. I could have easily fit the kids into the room with us. The window has an interesting set up with a couch. You could easily sleep a kid on the sofa and it has a pull out where you could sleep an even bigger kid. . 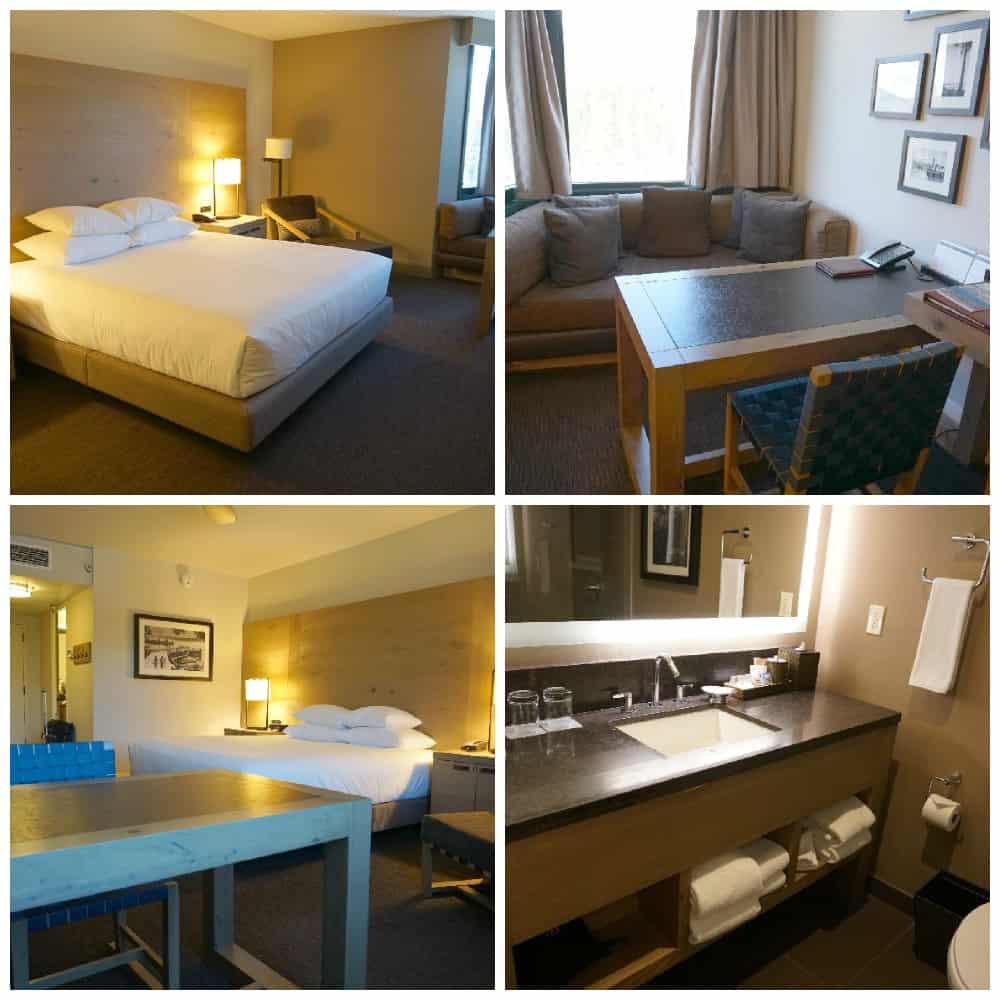 One of the days we got back to the hotel early enough, I had time to go enjoy the hot tub. They have several oversized hot tubs that are a perfect way to spend an hour or so when it’s snowing. They have a large heated pool, but I wasn’t brave enough to jump in. Overall, it’s a beautiful property and the food is excellent. 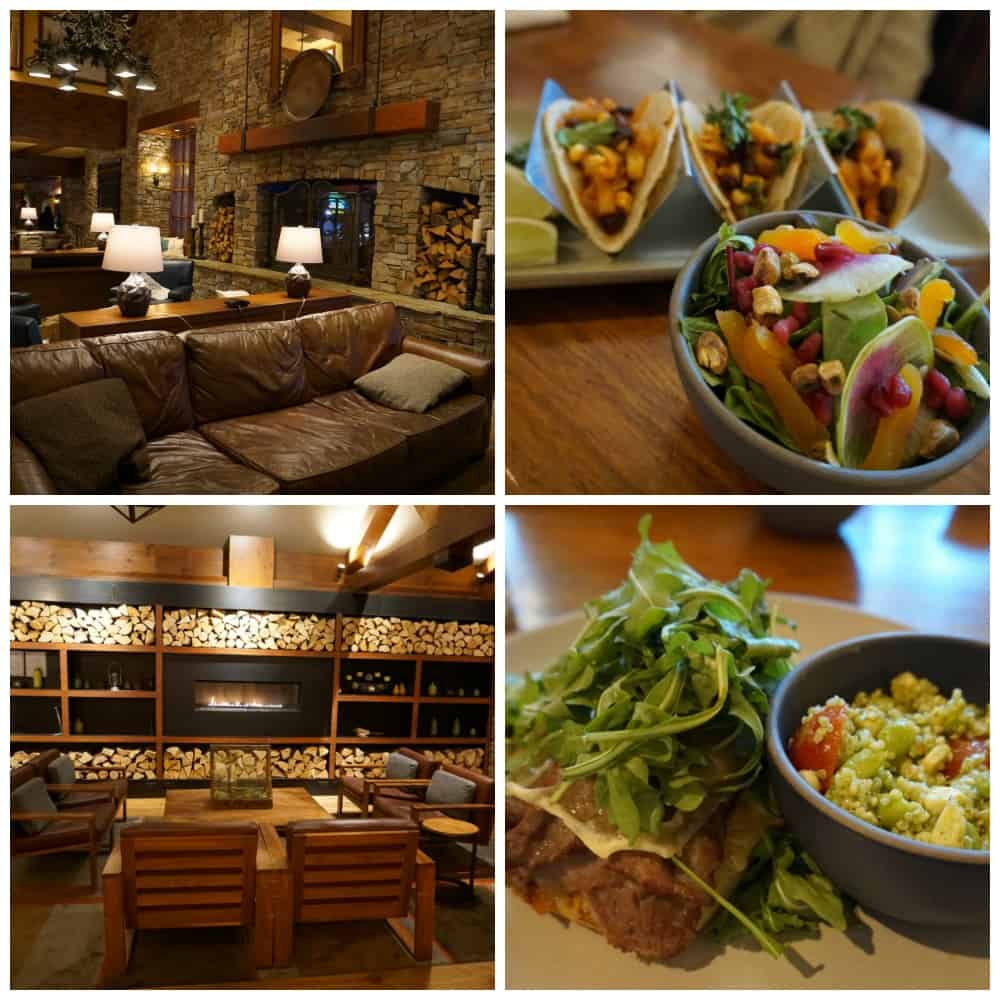 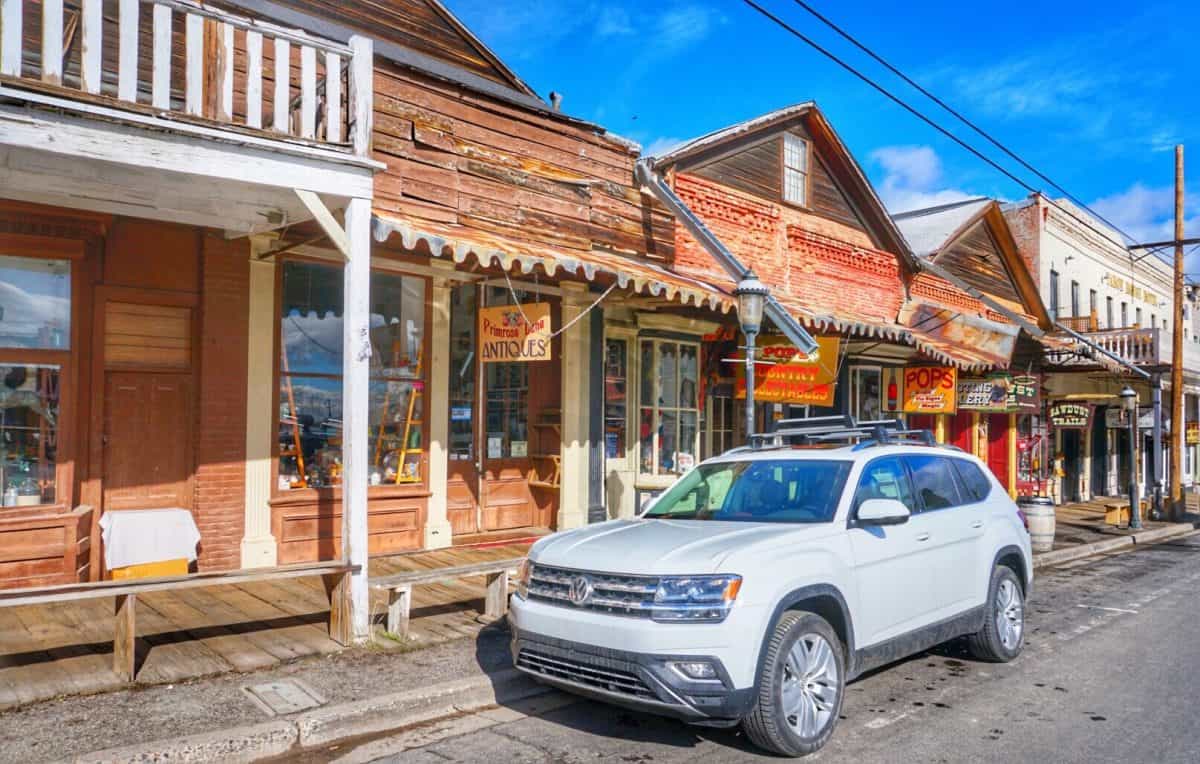 Last but not least I ended up in Virginia City! The last day as I was leaving Lake Tahoe  the valet attendant suggested I visit Virginia City. He said it was a ghost town. I had never been to a ghost town, so of course I drove straight there. I did hit some serious weather on the way over, but it didn’t matter because the Atlas can handle any road conditions. 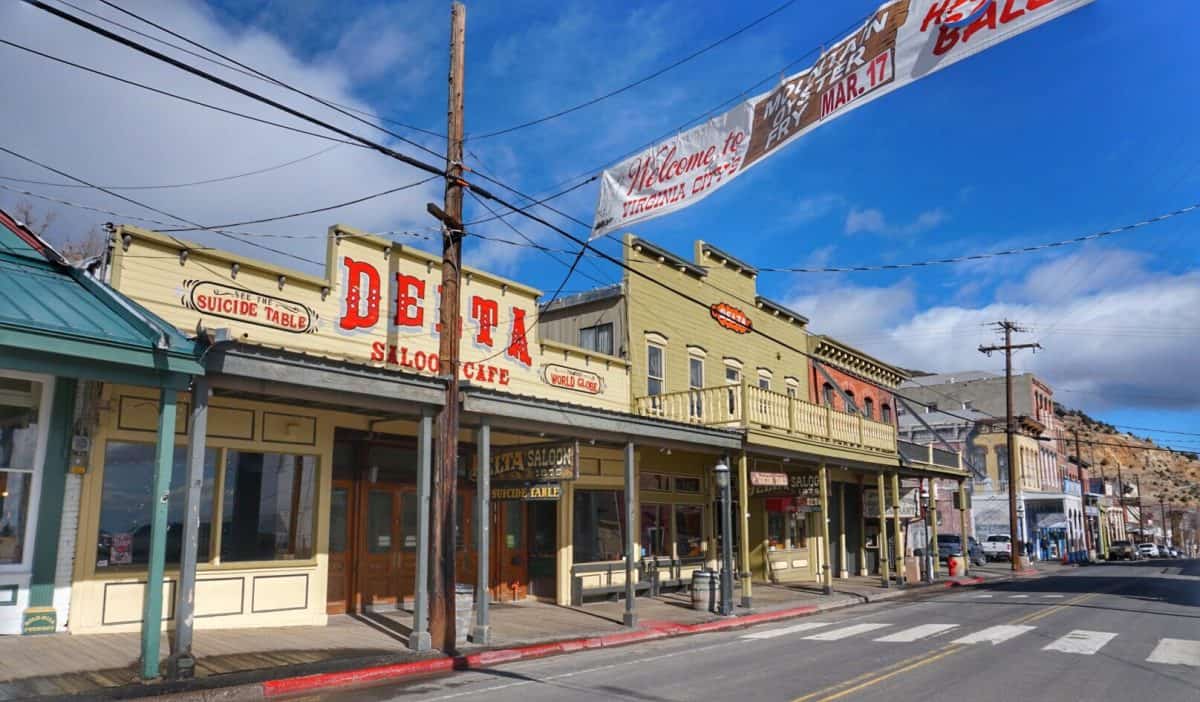 At its peak, Virginia City was a thriving, vibrant town with 25,000 people. Silver and gold were buried deep beneath her streets and men and women traveled from around the world to live and work. Miners pulled millions of dollars from shafts and tunnels 3,000 feet beneath the city. The spirits of those Comstock “originals” still inhabit the places where they once worked, lived, worshiped, were educated, and died. Today, it’s the perfect tourist trap! 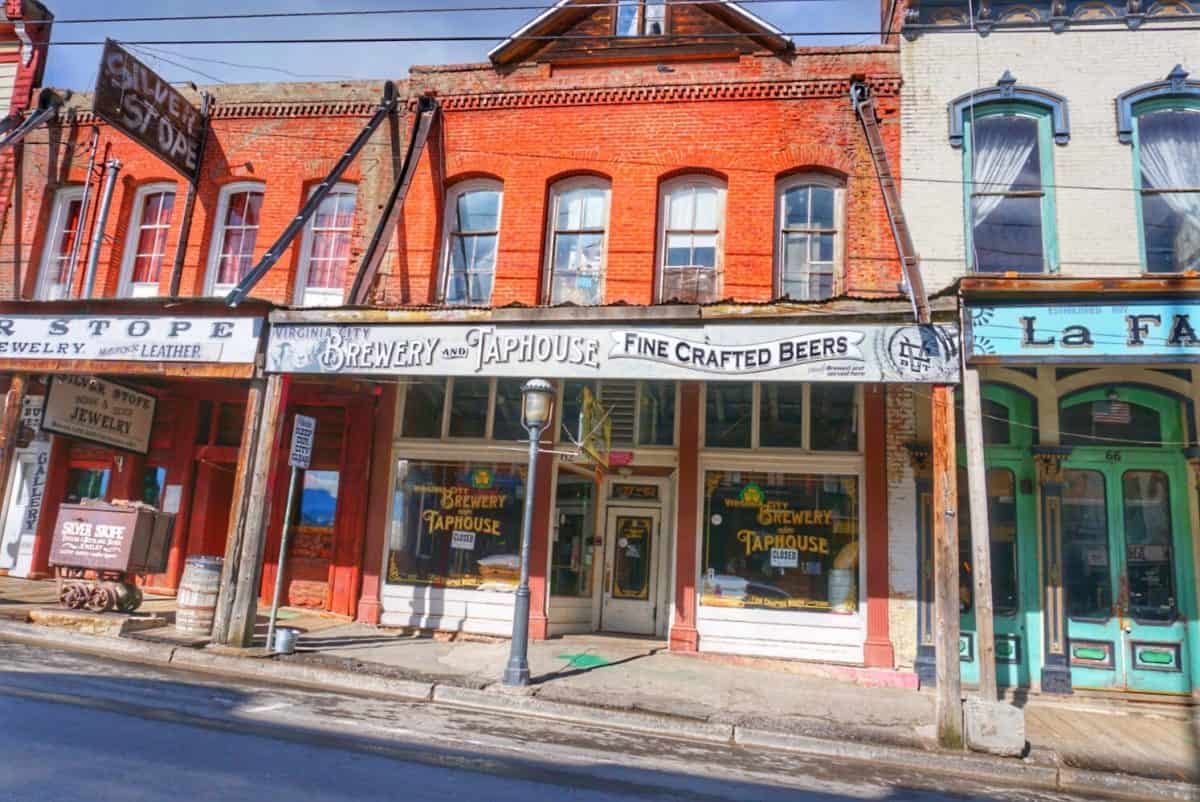 The 19th century mining bonanza turned Virginia City into the most important industrial city between Denver and San Francisco, and it turned destitute prospectors from all over the world into millionaires. They built mansions, hospitals, churches, opera houses and schools, and imported furniture, fashions, and entertainment from Europe and the Orient. They helped finance the Civil War, and went on to build empires around the world. Among the finest examples is San Francisco, a city built with Comstock silver. 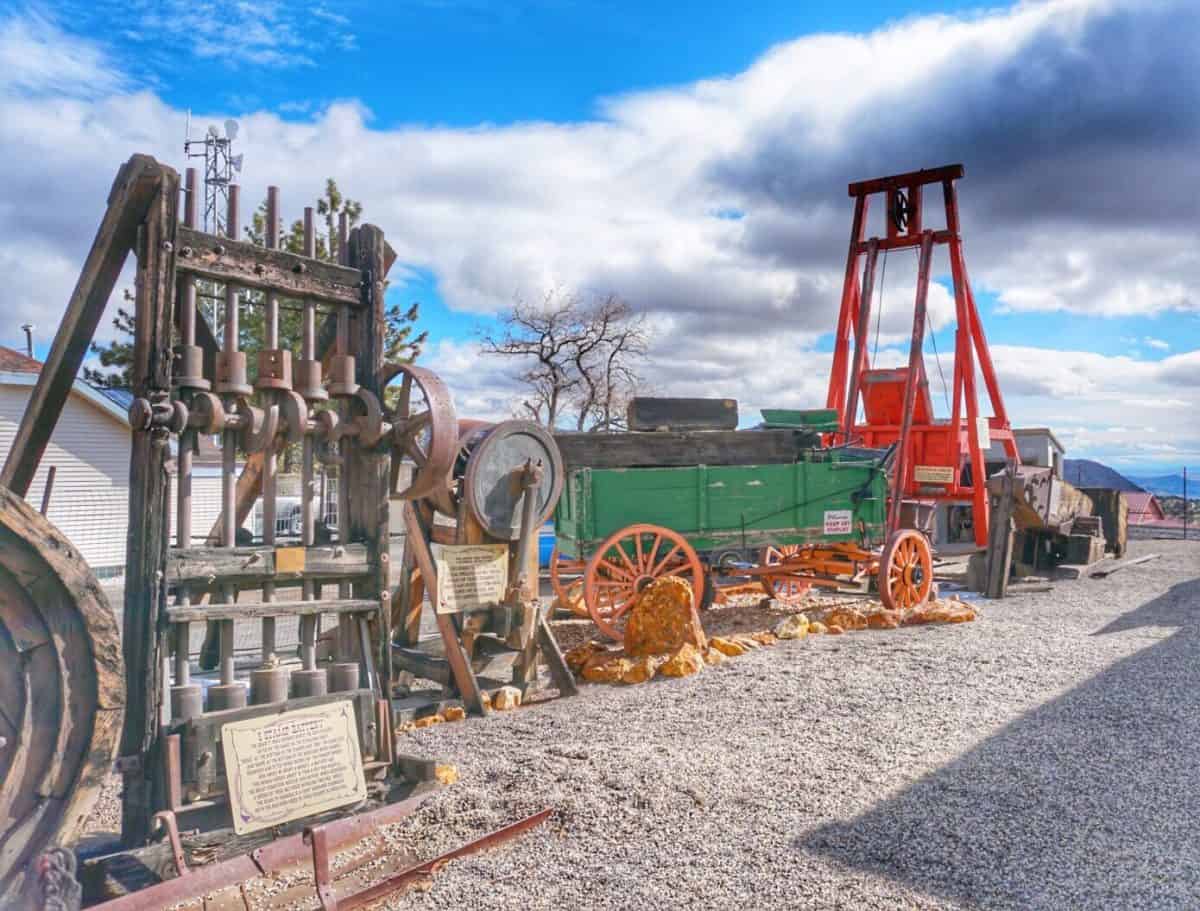 The four mines: Ophir, Gould, Curry and Consolidated Virginia mines made up the “Big Bonanza” of 1873. This bonanza brought out at least $300 million in mineral deposits.  Today you can tour around and experience what it was like for the 25,000 residents to walk the town back in the day. 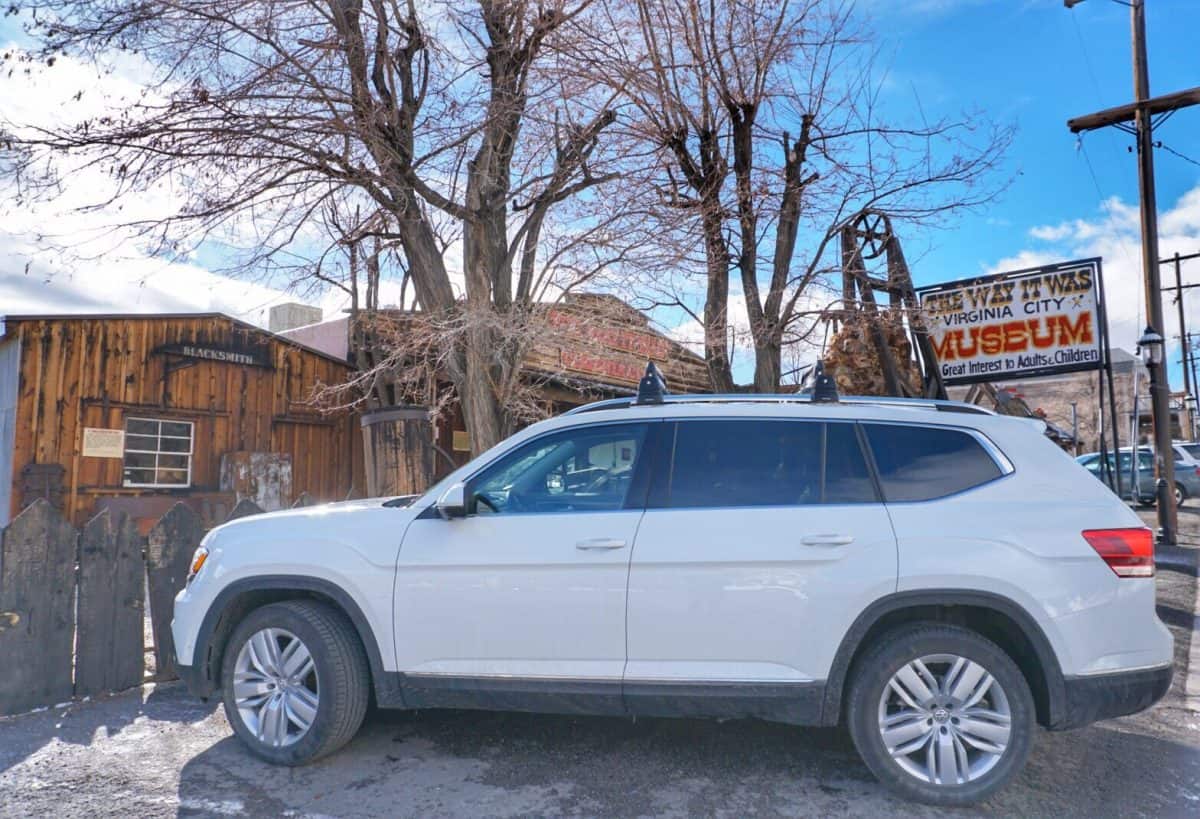 Mark Twain worked here! In 1868, Mark Twain reminisced and wrote about his journalism career in Nevada with the Virginia City Territorial Enterprise:

“To find a petrified man, or break a stranger’s leg, or cave an imaginary mine, or discover some dead Indians in a Gold Hill tunnel, or massacre a family at Dutch Nick’s, were feats and calamities that we never hesitated about devising when the public needed matters of thrilling interest for breakfast. The seemingly tranquil ENTERPRISE office was a ghastly factory of slaughter, mutilation and general destruction in those days.”

Supposedly the spirits of the people of the “Queen of the Comstock” still haunt the places where they lived, worked, played, learned, and died. I personally experience no ghosts while I was there.

Fun fact: Silver from Virginia City may have helped save the Union. Virginia City helped finance the U.S. government during the Civil War. 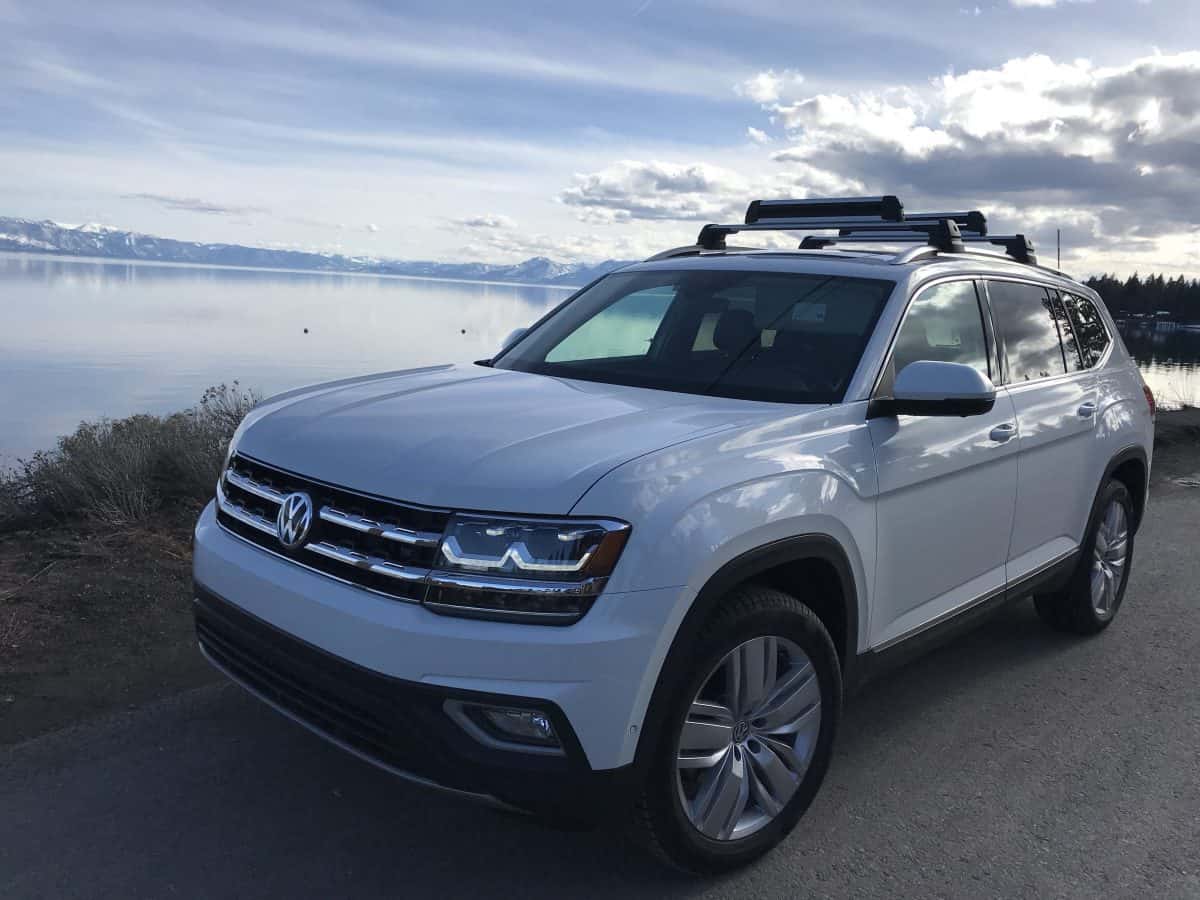