4-Day Athens Itinerary to See it All

4-Day Athens Itinerary to See it All

Wherever you’ve flown in from, there’s a good chance that Athens is the first stop in your travels through Greece. Athens is a lively city, with ancient landmarks around every corner, contrasting with modern museums and bustling shops, restaurants, and cafes. With its storied and spectacular past, visitors often just visit the ancient sites and then head out elsewhere to Greece. A large, working city, Athens doesn’t seem very accessible at first glance, particularly if it’s your first time in the country. However, if you explore a little further with this Athens itinerary and delve into some of the lesser-visited neighborhoods, you’ll get a fascinating peek into the heart of this ancient city and its people.

This Athens itinerary gives you a chance to see the famous landmarks, but also concentrates on some of the more typical Athenian neighborhoods, giving you a sense of the city and its vibrant culture.

Spend your first day getting your bearings. The best way to do that by walking around the town center. Look at the colorful streets, peek into the busy market, and has colorful streets.

Walkthrough Syntagma Square, the center of Athens’s modern history, and visit the Greek Parliament Building, the tomb of the unknown soldier. While you’re in the neighborhood, take the opportunity to see the Panathenaic Stadium, the marble arena from the first century that hosted the first modern Olympic Games in 1896. Then stop for lunch at one of the great restaurants in the area. 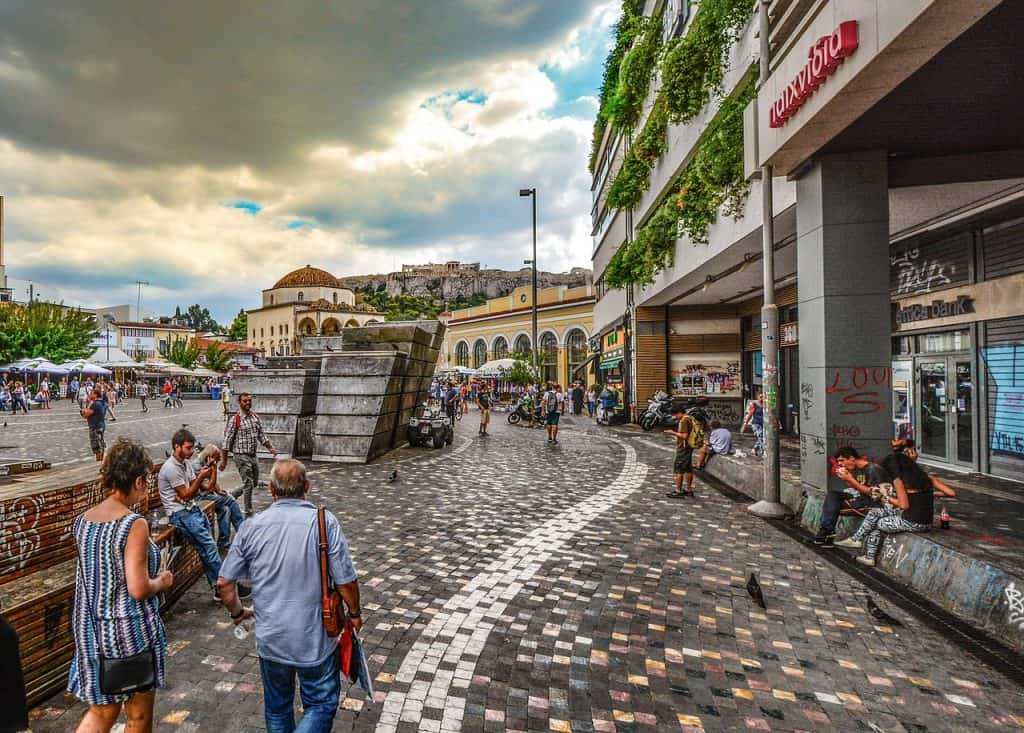 Spend the afternoon exploring Plaka, the charming neighborhood at the foot of the Acropolis. Then make your way up the slopes of the Acropolis to Anafiótika, a small cluster of white, island-style homes. To get to Anafiótika, go up the steps between Kouklis and the Byzantine church of St Nicholas. Enjoy simply wandering the streets, peeking into the odd shop, and stopping for a drink at a taverna.

Take a break at your hotel then pick a spot for dinner, either in Plaka with a view of the Parthenon lit up at night, or in Syntagma, where you’ll find restaurants and bars that will keep you entertained until the early hours of the morning. 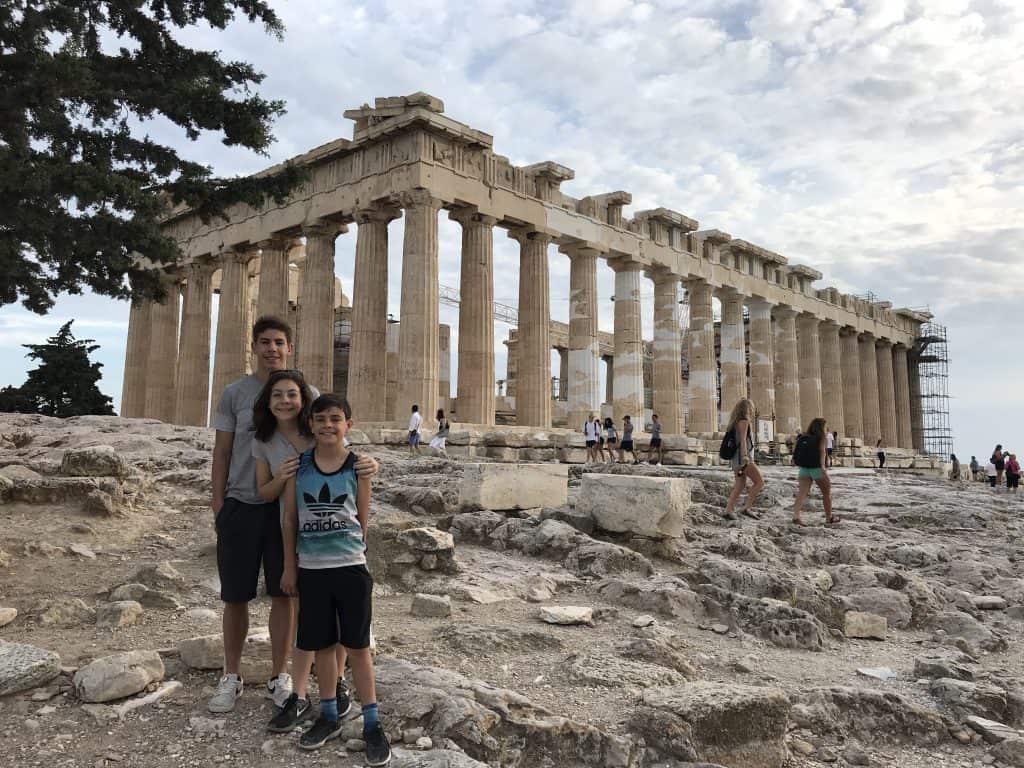 After breakfast, head to the Acropolis. Go early if you can, to avoid both the crowds and the heat, which can get very oppressive on summer afternoons. One of the most visible landmarks in Athens, the buildings on this rocky hill have been there for 2,500 years. No matter how many times you’ve been to Athens, there’s something magical about the Acropolis and the beautiful building sitting high on the hill over this sprawling city.

When you reach the top of the Acropolis, you are greeted by the Parthenon, the most famous building in the city. Built between 447 and 438 BC, it was a temple to Athena, patron of the city. Be sure to have a look at the Erechtheion, situated on the north side of the Acropolis. The porch on the northern side is the most interesting – it’s held up by six supporting columns in the shape of draped women. Then on your way to the Acropolis Museum, stop by the Theatre of Dionysus. 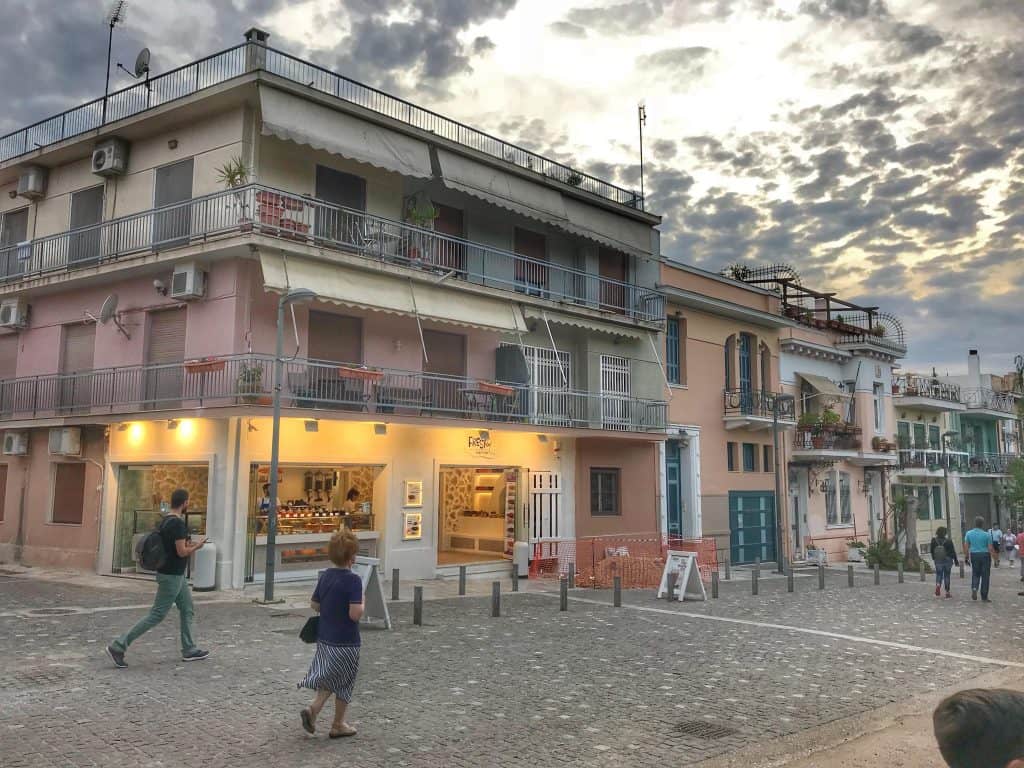 Have a leisurely lunch to recover from your morning of walking, then in the late afternoon, head to the other side of the Acropolis to Thissío. Heading south from Metro Thissío, walk along the edge of the Agora and Acropolis sites you visited that morning. It’s an especially beautiful walk in the early evening when the setting sun lights up this side of the rock. Pick one of the cafes on the terraces above the Agora and have a drink while you watch the last of the sunbathing the ancient temples.

If day two was about ancient sites, day three is all about museums.

Spend the morning in Kolonáki and the museum quarter. Kolonáki is the city’s most upmarket central neighborhood and shopping area. Walk up from Sýndagma, past the jewelry stores on Voukourestíou and the contrast with the commercial center hits you. When you get there, walk up Lykavittós Hill for some of the best views of the city. You can also take a funicular up the hill if you’ve had enough of walking. On the foot of the hill, you’ll stroll past Neoclassical houses, palaces, embassies, and museums. Stop for a coffee in one of the cafes that line Kolonáki Square and watch the people and dogs go by.

There’s a range of museums and galleries to choose from including the Benaki Museum and the Goulandris Museum of Cycladic Art. The Byzantine Museum is also close by – one of the best museums in Athens, it has an enormous collection of about 25,000 items from the 3rd century AD through to medieval times. A few blocks down is The National Gallery. Otherwise, if you’ve had enough of museums for a while, head to the National Gardens and enjoy some natural beauty in the extensive grounds.

After lunch, head to the National Archaeological Museum in the north of the city. This has the best collection of ancient Greek artifacts in the world and is an essential stop on your visit to Athens. The collections are displayed simply but clearly, and some of the pieces are astounding. You can spend the whole afternoon here if you wish, otherwise look around for a couple of hours, then walk around Exárhia and neighboring Neápoli.

Traditionally, these areas were more alternative neighborhoods and Exárhia, in particular, was infamously home to revolutionaries, anarchists, students, and artists. Now it’s a great place for restaurants, bars, and bookshops, so be sure to head there for a drink. On Saturday mornings, there’s a street market which is worth a visit, and the Stréfis Hill above has lovely views of the city and seems a bit calmer and softer than the grittiness of the city surrounding it.

If you have more time in Athens, there’s still a lot to keep you busy. Consider heading slightly further afield to Mount Hymettus with some of the city’s best walking trails and the Kaisariani Monastery. This 10th-century Byzantine complex overlooks Athens, with the original church still standing and containing some wonderfully preserved frescoes. 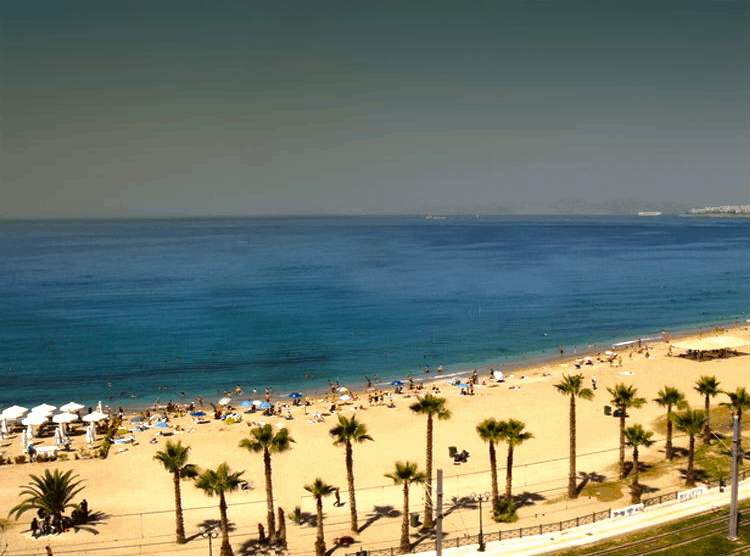 You may also choose to visit some of Athens beaches, or if you’re after a full day trip, head out to Cape Sounio. There you’ll find the Temple of Poseidon on the clifftop overlooking the ocean. Around 70 km from the city center, this is one of the most striking spots in Greece, and traditionally a landmark for most sailing between Pireás and the islands.

It’s a wonderful vantage point for looking out over the sea. On a clear day, you can see a number of islands in the distance. The temple at the tip of the cape is very impressive, with Doric columns dating to 444 BCE. The views of the temple against the ocean background are particularly beautiful around sunset.

Below the cape are several coves and secluded bays to the east, some of which are quite sheltered. The main beach to the north is more crowded, but you’ll find a couple of tavernas there, which is great if you’re after a spot for lunch or dinner.

Heading on from Athens, you may choose to spend a couple of days in the beautiful coastal town of Nafplio in the Peloponnese. This is a particularly good choice if you want to visit some of the ancient sites on the mainland – Nafplio is relatively close to both the Theatre of Epidaurus and Ancient Olympia. From then, you can head to Delphi in central Greece. 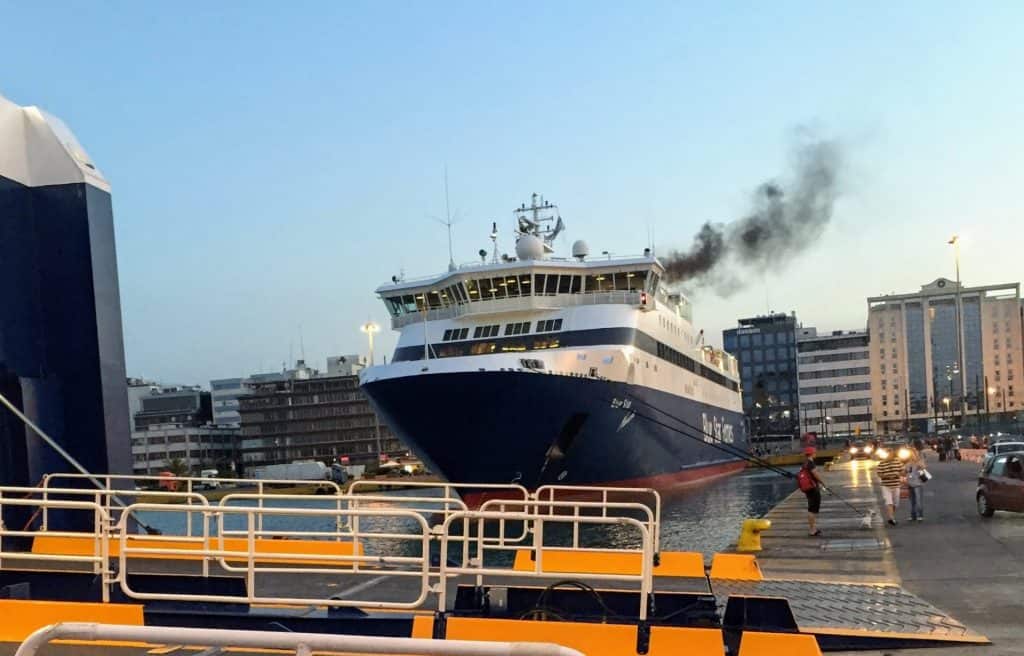 If you’re planning on heading to the islands, you may want to spend a night in Piraeus, Athens’s port, before you go. There are two harbors in addition to the main port, and the Kastella neighborhood is a pretty hillside of 19th Century mansions. At the foot of that hill, the secluded harbor of Mikrolimano has a seaside town vibe and feels like it’s a world away from the crowded city. Of course, there is also a modern city and a range of museums and ancient sites as you’ll find elsewhere in Athens.

From Piraeus, you can also do a day trip to one of the closer islands of Hydra, Poros, or Aegina or, of course, catch the larger ferries to the Cyclades where you will find Santorini and Mykonos.

If you do not feel like going to the islands head to Halkidiki instead.

Our Favorite Hotels Around the World