Here are the 11 best desserts at Disney World and where to find them at. You won’t regret seeking these out! 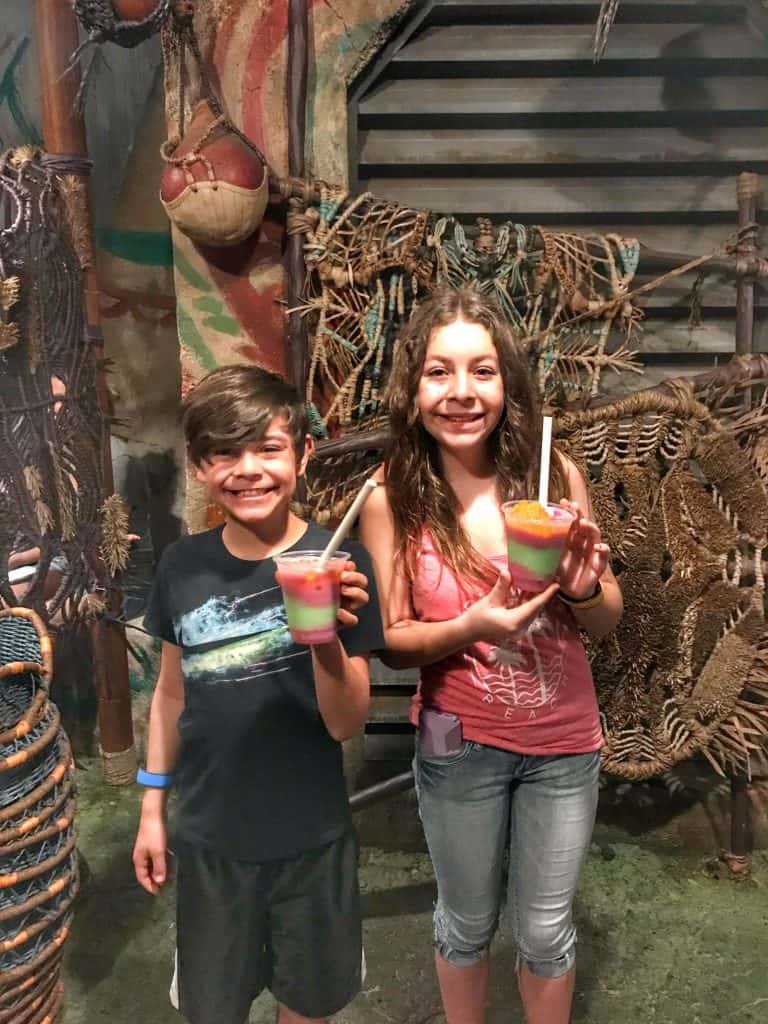 These can be found at either Boma and Mara’s. These domes are served as part of the buffet at Boma’s, but for much cheaper you can buy a four-pack of them at Mara’s quick service restaurant also found inside the Animal Kingdom Lodge. I do not know how to describe them, but they are made with African liquor and are one of a kind. You will love them.

I took my kids to Mara just to eat the Zebra Domes and they were not as impressed as I was. However, they were not overhyped, because I found them just as good the second time I went and had them.

Can be found at the Maya Grill inside the Coronado resort. It is the best flan I have ever had in my life. 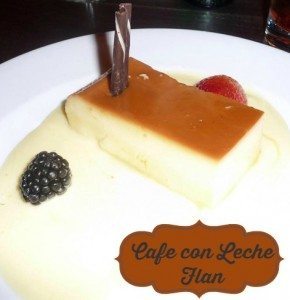 Can be found at Beaches and Cream. This has 10 scoops of ice cream and every topping they have. Our family of five could not finish it! Do not make the mistake of ordering the little version, you want the big one!

At the Flying Fish Cafe you can order your kids a Mickey Mouse Puzzle Dessert. There are assorted pieces of white chocolate that your kid can put together and then they can paint with sugar paints! How cute is that? It also came with a cupcake. It’s not necessarily the best tasting dessert at Disney World, but it’s the neatest presentation for kids. 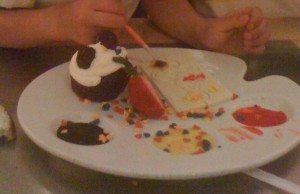 At the end of your amazing meal they bring out a huge portion of their banana foster bread pudding and it is the best bread pudding ever. The entire meal at Ohana’s is amazing. 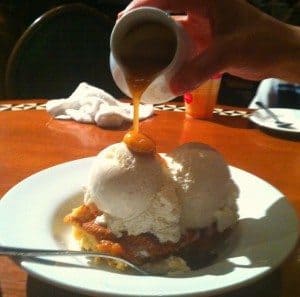 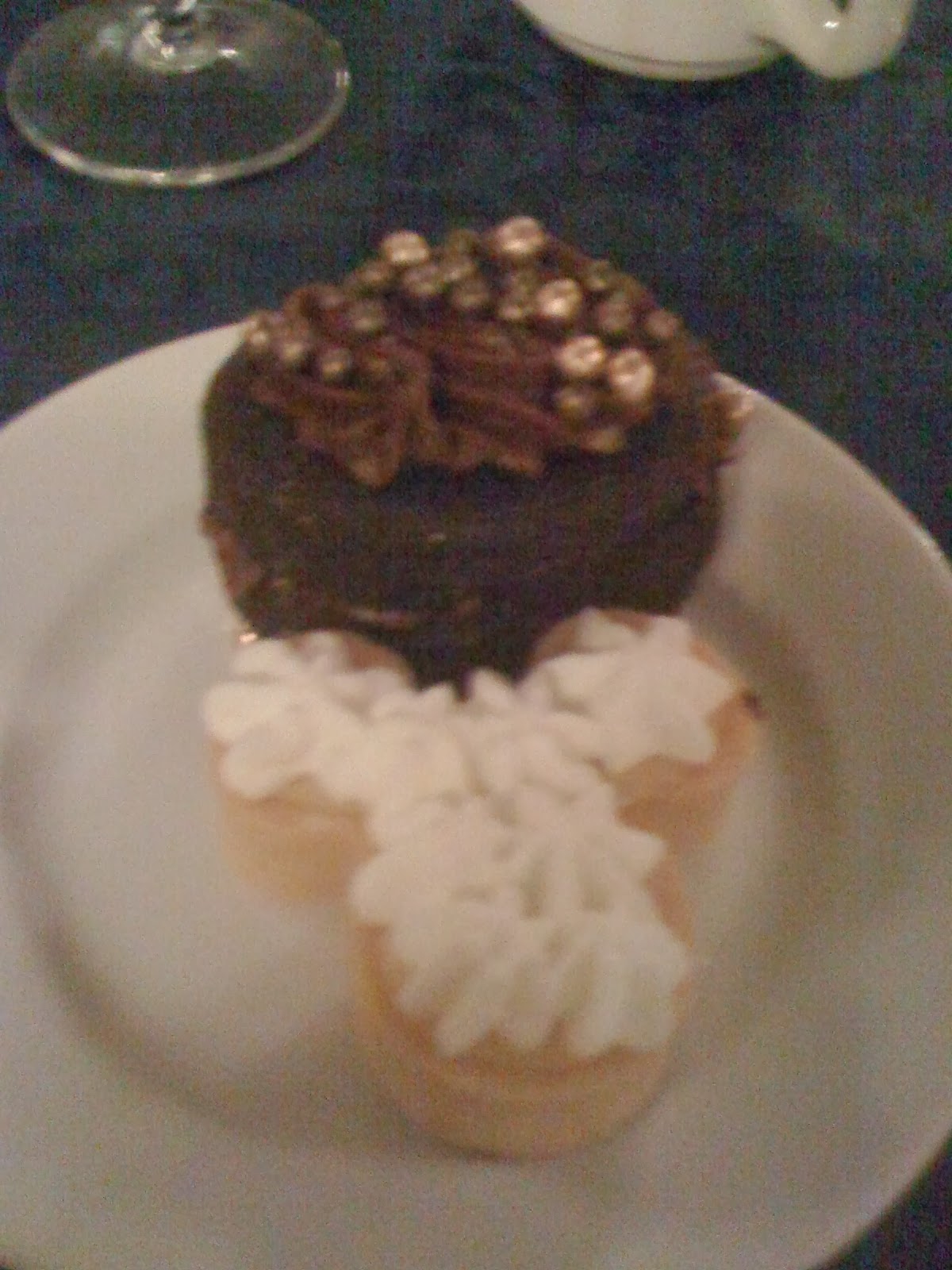 Dessert waffles at Sleepy Hollow inside the Magic Kingdom are the bomb. We love all of their waffles and save money by having lunch here. It’s a great deal. 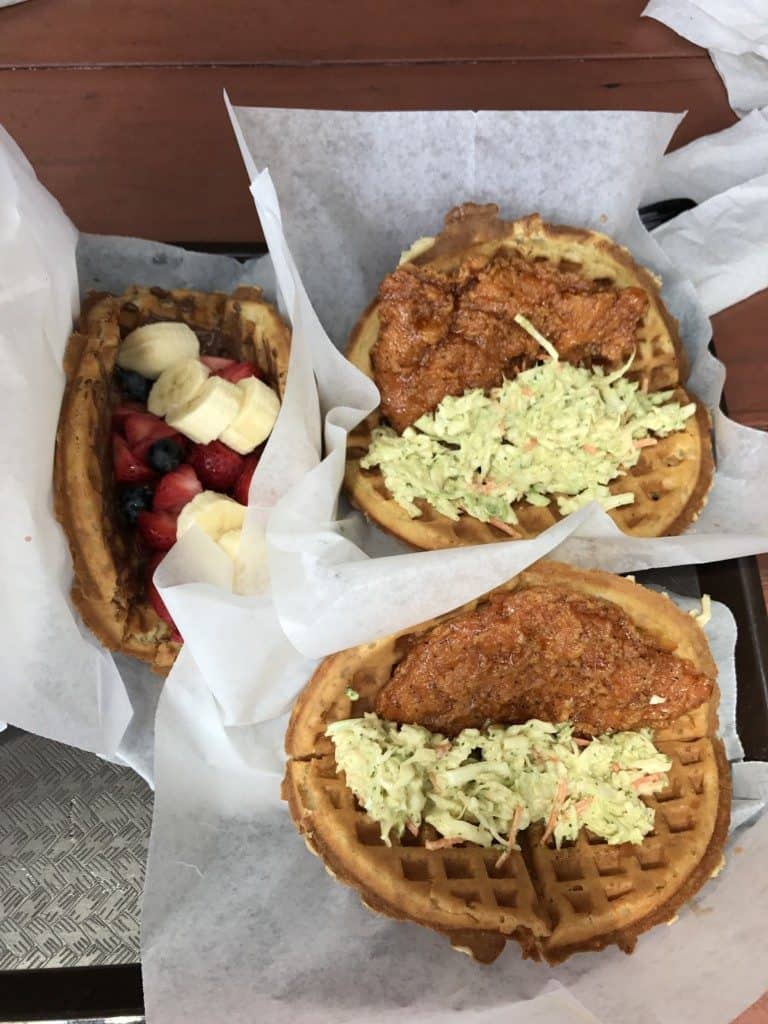 The hot little mini donuts at Joffrey’s with dipping sauces inside Typhoon Lagoon are a must eat when visiting the waterpark. These donuts are so good we look forward to having them during every visit. 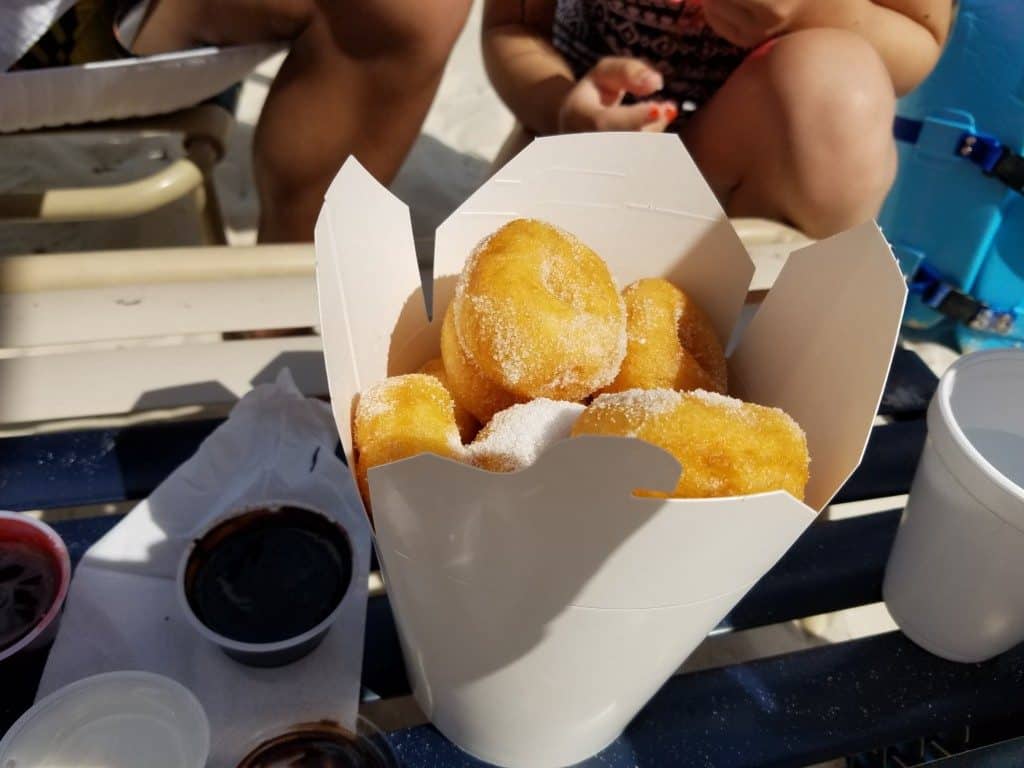 9. Any of the French pastries at Boulangerie Patisserie at Epcot

This is one of our must-visit during any trip to Epcot. They have an assortment of pastry options at this French bakery and they are all to die for. 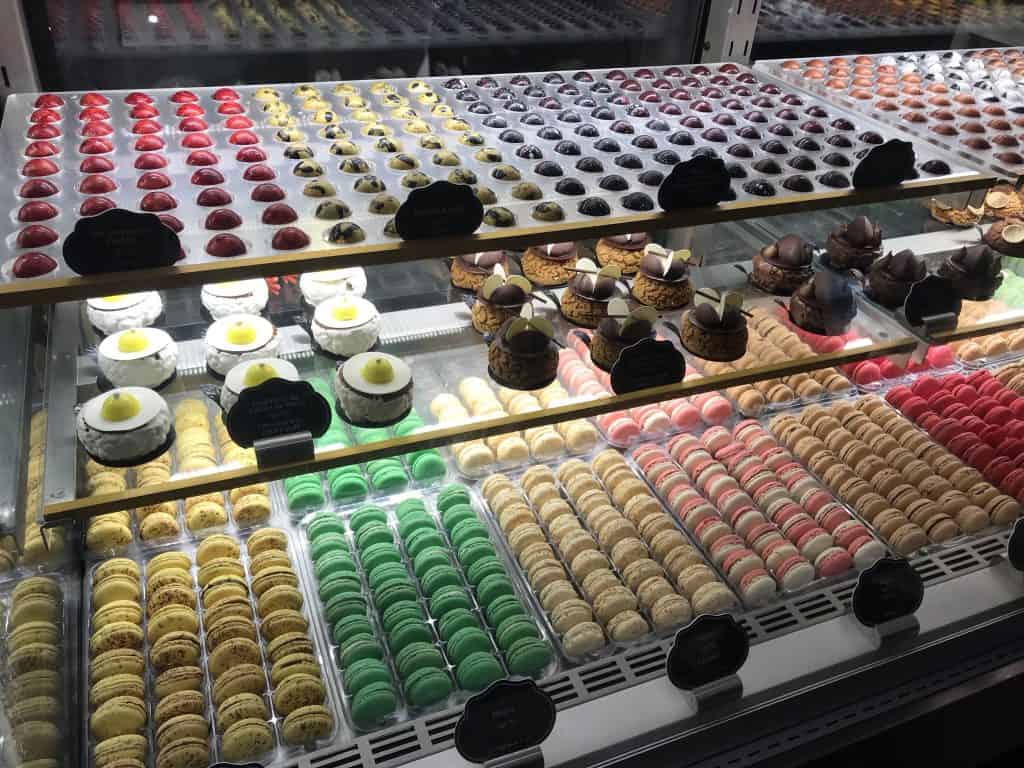 Boulangerie The Grand at Moon Palace

Gelati is a little gelato stand in the Germany portion of Epcot. Their gelato is just as good as any we’ve had in Europe! 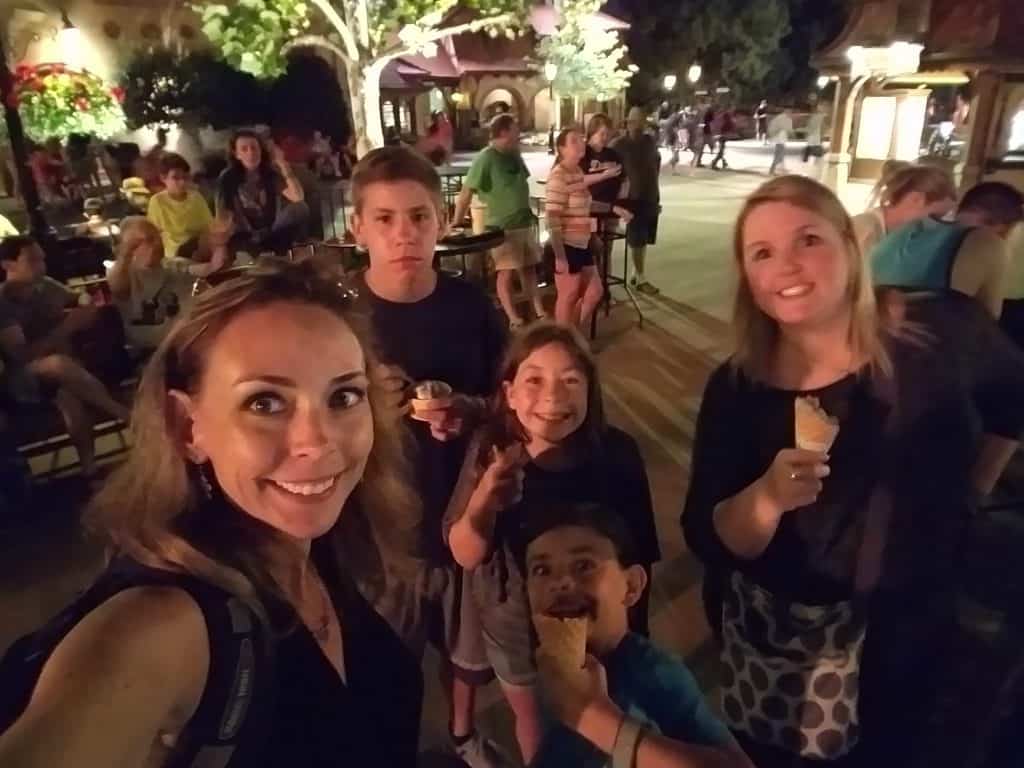 The milkshakes are outstanding at Ghirardelli which is over in Disney Springs. They’ve got quite a few to choose from. We’ve tried a bunch and they were all delicious! 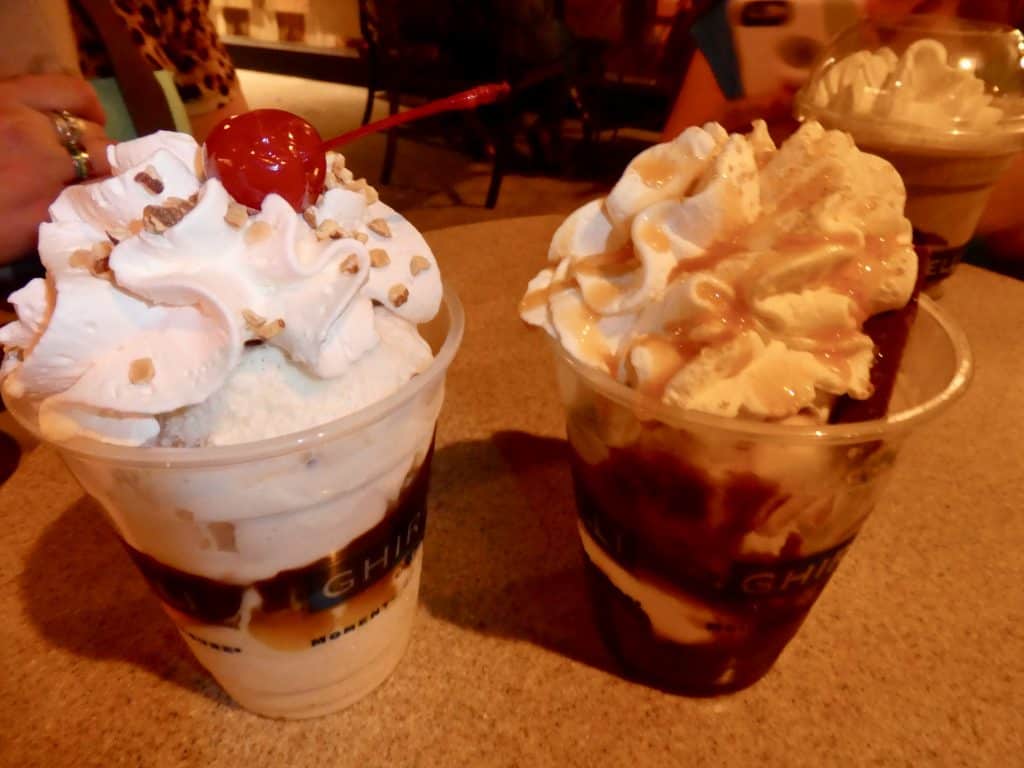 Do you have a different dessert at Disney World that you think is the best? I would love to know about it. Just leave a comment below!

How to Decide Where to Eat at Disney World

Breastfeeding At Disney World: What Every Nursing Mom Needs to Know 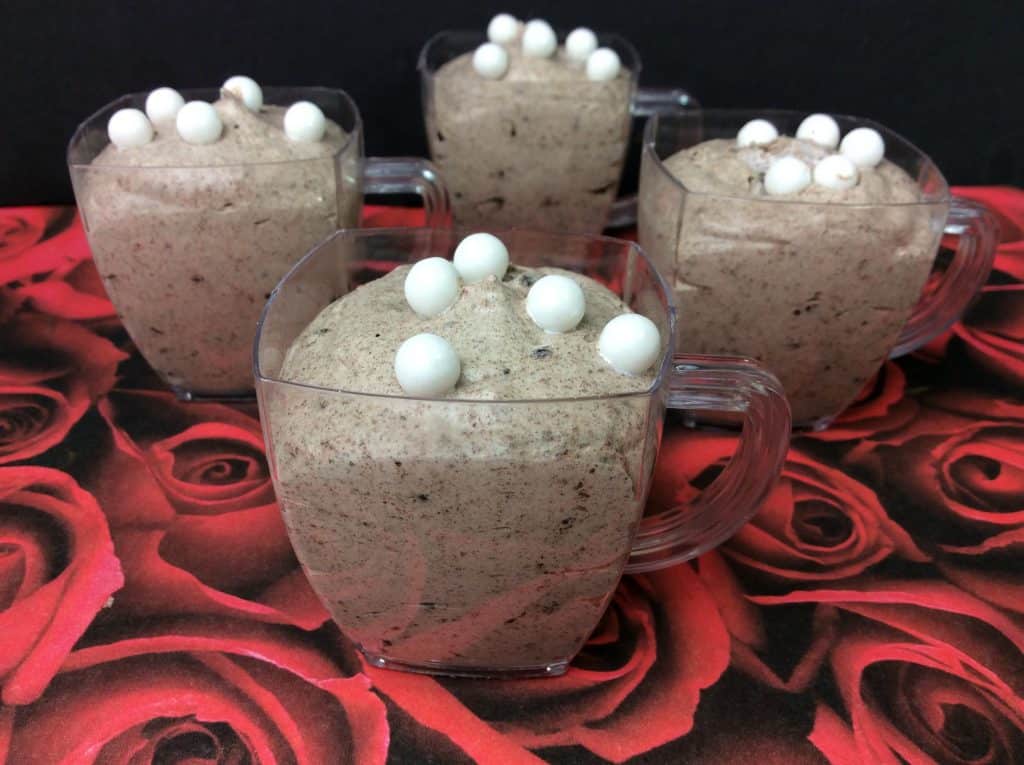 Just for I am including a recipe to make “The Grey Stuff” at home. Many people think that Beauty and the Beast’s Grey Stuff found at the Magic Kingdom at Beast’s castle is the best dessert at Disney World. However, it can be extremely difficult trying to eat here. So, if you are like me and can never get into Be Our Guest restaurant you can just make it at home!

Add the cookies into a ziplock bag and take a rolling pin and lightly hit the cookies until crushed.

Pour the crumbs into the vanilla pudding and mix until combined

Fold in the whole container of cool whip

Add in the chocolate pudding

Tut into the fridge for 1 hour

Take the piping bag and scoop the grey stuff into it

Cut the tip of the piping bag