One of the most unique states in America, vibrant Louisiana is a true melting pot of culture and curiosities. Situated on the Gulf of Mexico, Louisiana was once a French colony, before becoming a Spanish protectorate and, finally, an American state. As such, it’s a true patchwork of landscapes and history, known across the world for its bayou, alligators and Creole culture.

From the infamous New Orleans to the “heart of Cajun country”, Lafayette, each of the diverse cities in the state have their own unique feel and atmosphere, but the inhabitants of Louisiana are united in their appreciation of good food, good music and joie de vivre.

Whether you’re planning to visit for a weekend road trip, or can immerse yourself in the region on a longer vacation, Louisiana is one of the most memorable destinations in the US. Here’s a rundown of the top cities that you simply have to visit. 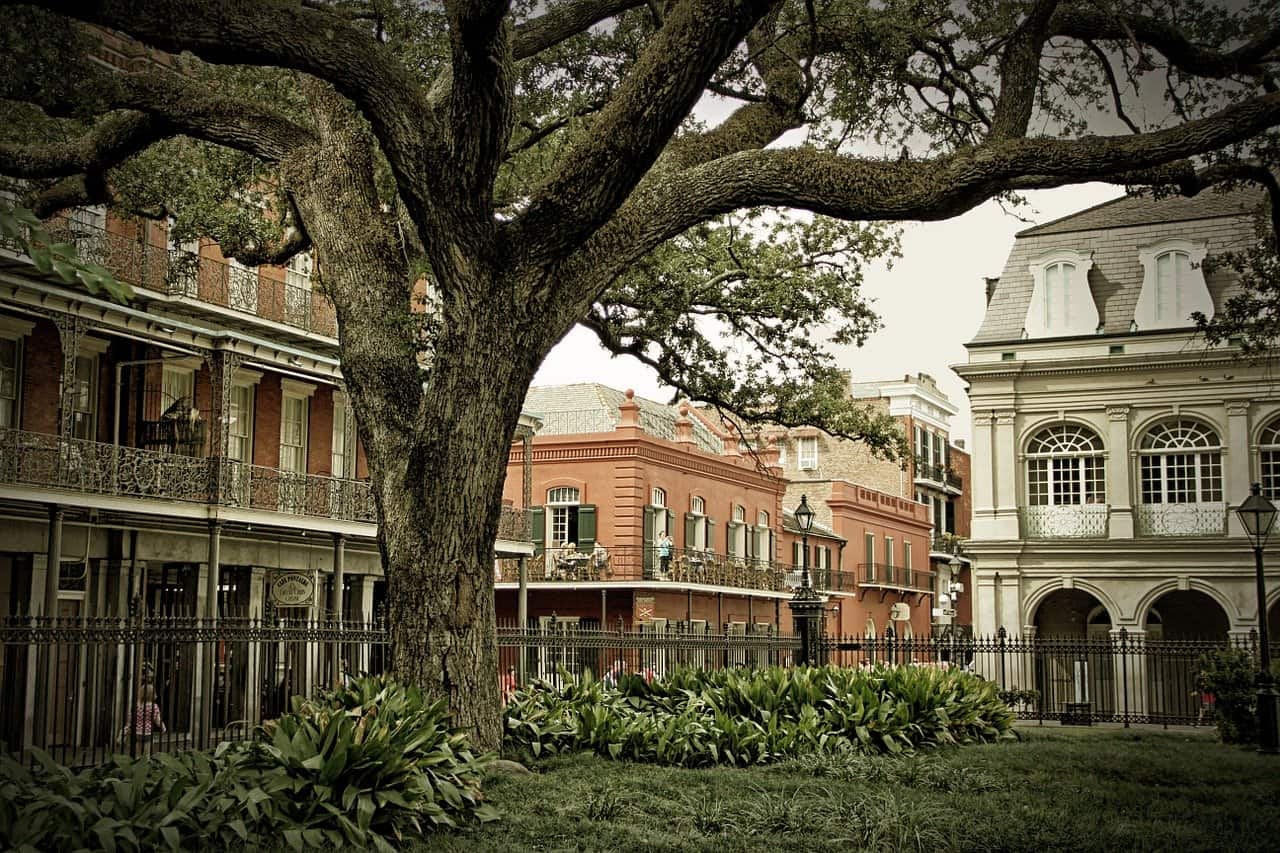 The first city of Louisiana, ‘The Big Easy’ has a global reputation for being the epitome of a party town thanks to the annual Mardi Gras celebration. Whilst it’s true that Bourbon Street becomes one of the main destinations in New Orleans during the four-week run-up to Fat Tuesday, Mardi Gras is actually only a very small part of life in this vibrant city.

New Orleans is one of America’s most historic and engaging neighborhoods, particularly around the French Quarter where you can explore the Historic Voodoo Museum, take a stroll down Pirate’s Alley and catch a jazz concert at Preservation Hall. You’ll find an evocative and wholly unique mix of food, music, and culture here; not only is this the birthplace of jazz as we know it, but many different traditions are celebrated publicly and the mixture of Creole and Cajun cuisine available is a foodie’s dream. 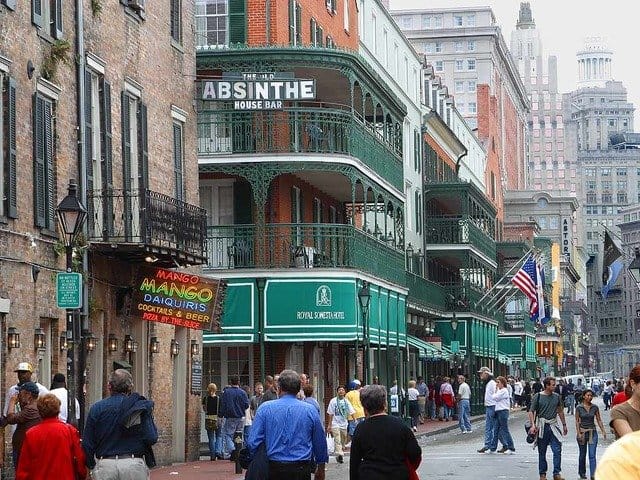 Dating back centuries, the city’s many cemeteries are a must-see. The oldest cemetery is St. Louis Cemetery No. 1, which was first opened in 1789. Legend has it that the Voodoo Queen Marie Laveau was interred here, along with many prominent former residents of the city.

During Mardi Gras season, which is usually in late Feb to early March depending on when Easter falls, the city gets much busier. If you can’t handle the crowds but still want to enjoy a festival, plan your visit for the month of May, July or October which is when the renowned music festivals Jazz Fest, Essence Fest, and Voodoo Fest are held. 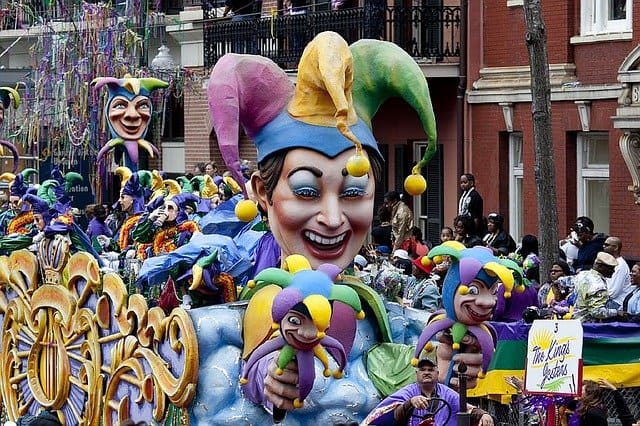 If you’re looking for a bargain as far as accommodation goes, head for the city during the summer months. The weather from June to September is usually humid, but the city calms down a lot and there are plenty of cheap hotel rooms to be found.

New Orleans, particularly during Mardi Gras, is a lot to experience, but it’s simply a must when visiting Louisiana. However, head west across the state and you’ll move out of the tourist zone into cities with some of the most exciting music and food scenes in the whole country, never mind the state…

The fourth-largest city in the state is also known as the capital of Cajun country, although unofficially. Whereas New Orleans has Spanish and French roots, Lafayette has Native American, Creole, and Arcadian roots.  If you thought the music in the Big Easy was something, just wait until you get to experience what Lafayette has to offer.

Music is a hugely important part of daily life here, with community-driven concerts happening at night throughout the week. According to Social Entertainment’s Guz Rezende, music can be found “in every corner of a club, even old school music halls”. One of the city’s most popular events is the Friday night concert that takes place at Downtown Alive. Entry is free of charge and attendees only need to pay for their drinks, so it’s a great way to listen to the best of the best in the local scene and absorb some of the fascinating culture.

Lafayette’s rich history also means there’s plenty to explore throughout the city. Vermilionville is a definite highlight; this 23-acre living history museum paints a picture of Arcadian life from 1765 to 1890. There are plenty of historic houses and gorgeous old mansions to gaze at as you stroll around, and you can even watch craft demonstrations and try your hand at essential crafts that date back to the city’s origins.

A visit to Lafayette will also keep adrenaline junkies happy. There are plenty of opportunities for kayaking through the area’s swamps and bayous – just keep an eye out for the alligators!

June, July, and March are typically the busiest months for tourism, with accommodation prices shooting up accordingly. The best month to visit Lafayette is usually October when the weather is dry and mild and the city is much quieter. One word of warning, however: August and September are peak hurricane season and storms can become quite severe, so if you’re traveling then always check weather reports to stay informed. 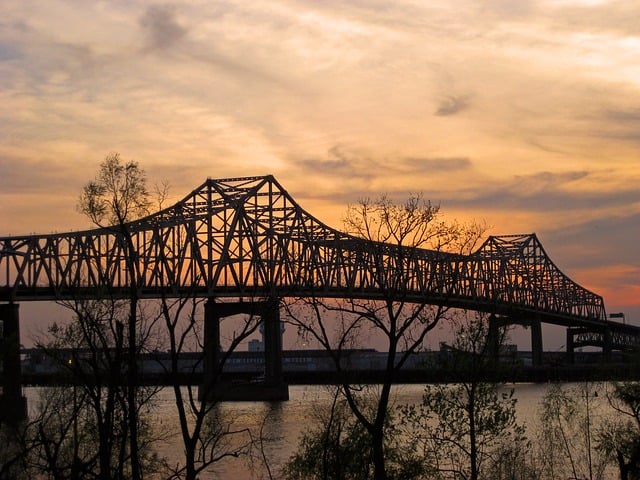 The official capital of Louisiana and the second-largest city in the state, Baton Rouge dates all the way back to 1699 when French explorers found a boundary marker used by the Houma and Bayagoulas tribes. Situated on the eastern bank of “America’s heart and soul”, the Mississippi River, Red Stick may not be as alluring as New Orleans or as cultural as Lafayette, but it’s still a dynamic and quirky place to explore.

Filled with Southern Charm, Baton Rouge is home to plenty of stunning antebellum landmarks. The history of plantations in the south is controversial and at times unfortunate, but there’s no denying how impressive the Magnolia Mound plantation is as far as architecture and agriculture go.

The Old Louisiana State Capitol, aka the State House, is another awe-inspiring structure to admire. Once a government building, this Gothic Revival mansion was completed in 1847 and is now a museum open to the public. 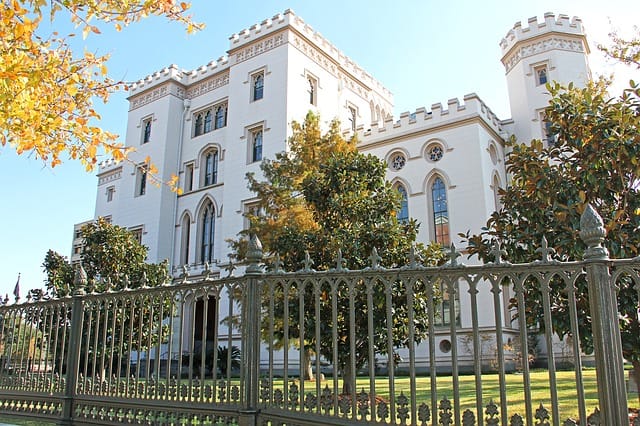 If Lafayette is known for its music, Baton Rouge is known for its sports thanks to the Louisiana State University. The Louisiana Tigers are a veritable sporting powerhouse, including a six-time national championship-winning baseball team and a basketball team that are nine-time veterans of the Sweet 16. However, it’s the Fighting Tigers, one of the top college football teams in the country, who are the real stars of the show.

During fall weekend it seems that everyone in the state descends on the city, draping themselves in gold and purple in the run-up to the big game. Come game day, the LSU campus really comes to life and you can expect parties to stretch on until dawn.

Spring is typically the best time to visit Baton Rouge, especially if you want to enjoy events like the Baton Rouge Blues Festival and Zapp’s Beer Festival. The weather in March and April is fine, with temperatures averaging around 70 degrees.