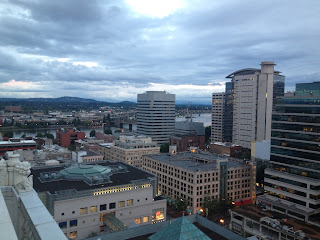 Instead, check out our list of the cheapest days to visit many of Portland, Oregon’s most popular attractions.

Oregon Zoo is only $4 on the second Tuesday of each month. The Oregon Zoo, at 4001 SW Canyon Road, was started in 1887 by Richard Knight. He was a collector of animals from around the world while being a pharmacist during the day. He opened his grounds to the public so they could share his affection for the unusual animals, and the oldest zoo west of the Mississippi River was born. Now itís home to award winning educational programs, free concerts and moments of discovery and fun.

OMSI is only $2 per person on the first Monday of the month. OMSI, 1945 SE Water Ave., is an enormous tool for learning and education. Inside the Oregon Museum of Science and Industry, extra time should be allowed for looking at amazing and interesting things before hitting the Omnimax Theater movie. A domed screen that’s five stories high covers 6,532 square feet of movie surface. It’s a 2D IMAX system that uses the largest frame in motion picture history with a custom-designed 15,000 watt digital surround sound system.

World Forestry Center offers $3 admission on the 1st Wednesday of each month.

Playdate PDX offers free admission every last Wednesday of the month to anyone who brings two cans of food for the Oregon Food Bank.

Portland’s Aerial Tram travels 3300 linear feet between the terminal at the south waterfront and OHSUís Kohler Pavillion on the main campus. Traveling 22 miles per hour, it rises 500 feet in a three minute trip over Interstate 5, the Lair Hill neighborhood and SW Terwilliger Parkway. Entrance for children under six is free, while the standard fee is $4.