Animal Kingdom has become a favorite park for my family. However, many people view it as nothing more than a glorified zoo. Because of this, Animal Kingdom is often the park that gets the cut in the Disney plans. Animal Kingdom is not just worth some time during your trip, it is worthy of a full day. 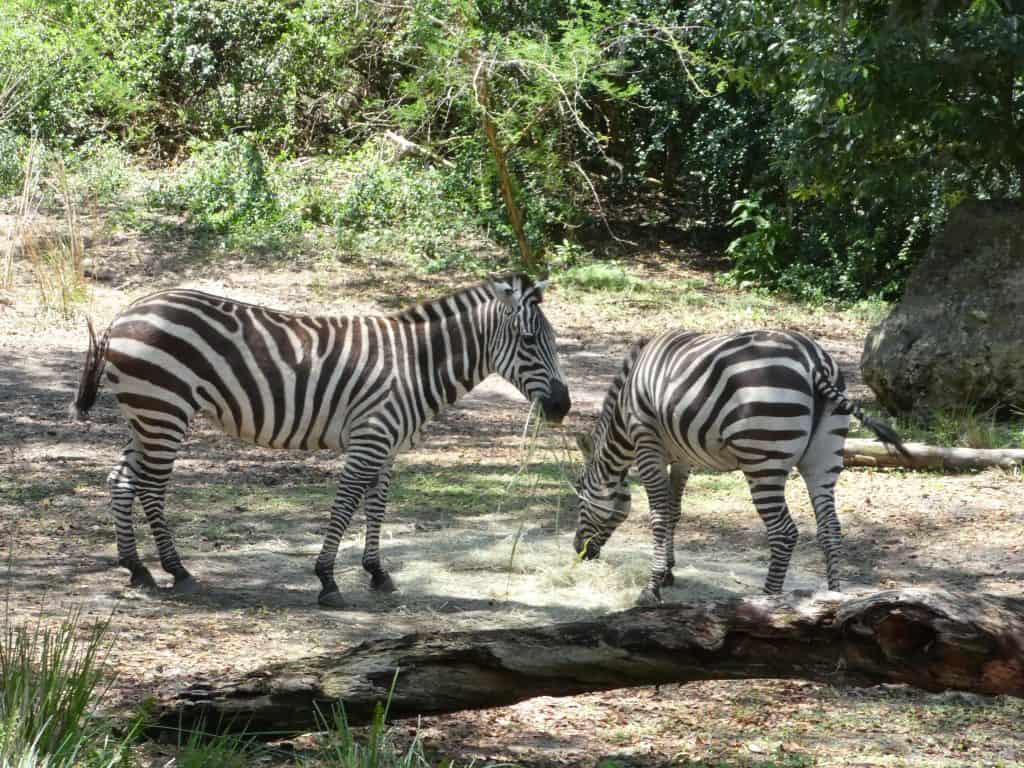 Animal Kingdom might not have as many rides as Magic Kingdom, but it does have some of the most exciting rides in all of Disney World. If you have any plans to ride Flight of Passage, and you should, that automatically becomes your highest priority FastPass. And I mean out of your entire trip.

The very first FastPass you book should be Flight of Passage. In addition, it is important that you take whatever time first comes up on My Disney Experience, even if it isn’t at your ideal time. In the time it takes your screen to refresh all the available times could disappear.

Animal Kingdom FastPasses are broken up into tiers. The first tier contains both of the Pandora rides (Flight of Passage and Na’vi River Journey). The second tier consists of everything else. You are permitted to book one ride from Tier 1 and two rides from Tier 2 in advance of your trip.

Tip: Schedule your FastPasses to begin between 10:00a and 10:30a. You will not need any FastPasses before then due to the short standby lines.

Rides to FastPass at Animal Kingdom

The 3 rides in bold are by far the most popular rides at Animal Kingdom, and therefore have the longest standby lines. It is possible to find short standby lines for all of the other FastPass options at various points throughout the day. 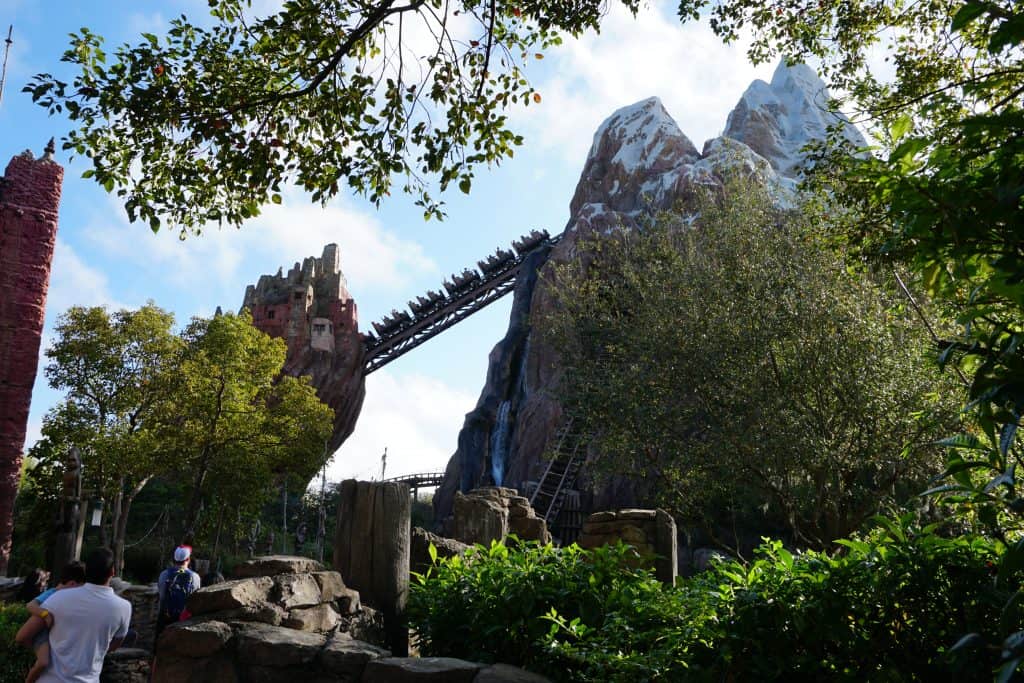 The morning is one of the best times to visit Animal Kingdom due to the short wait times on e-ticket attractions. I highly recommend getting to the Animal Kingdom for park opening, otherwise known as rope drop. Many people don’t like to get up early on vacation so this is the ideal time for you to take advantage of considerably lower crowds.

Attractions for Morning at Animal Kingdom

It is reasonable to get on most, if not all, of these rides within the first hour and a half after park opening. Or you can do what my family did once and ride Expedition Everest 5 times in a row before we moved on to Dinosaur.

Tip: Don’t head straight to Kilimanjaro Safari, as tempting as it is. The Safari is a long ride, clocking in around 20-25 minutes. By the time you walk there, get through the queue and ride the Safari, expect it to take around 30+ minutes. During that time the lines for everything else will start to build.

The afternoon of any Animal Kingdom day is an ideal time to start watching shows and exploring the animal exhibits. This time frame is the busiest in any park day, making the lines longer for EVERYTHING. The shows have a much larger capacity than anything else, allowing you to get seated without any problems.

Another bonus of watching shows in the afternoon is to provide some built in rest. The shows range in duration from 20-40 minutes, giving you, and your tired kids, a decent chunk of time to rest while being entertained. Not to mention the fact that both Festival of the Lion King and Finding Nemo are in air-conditioned buildings.

Attractions for Afternoon at Animal Kingdom

In reality, you might start doing some of these activities in the late morning after you’ve finished all of the short standby lines. Also, by afternoon you should be finished with all of your initial FastPasses, allowing you to get more. This creates the opportunity to intersperse rides between the shows. 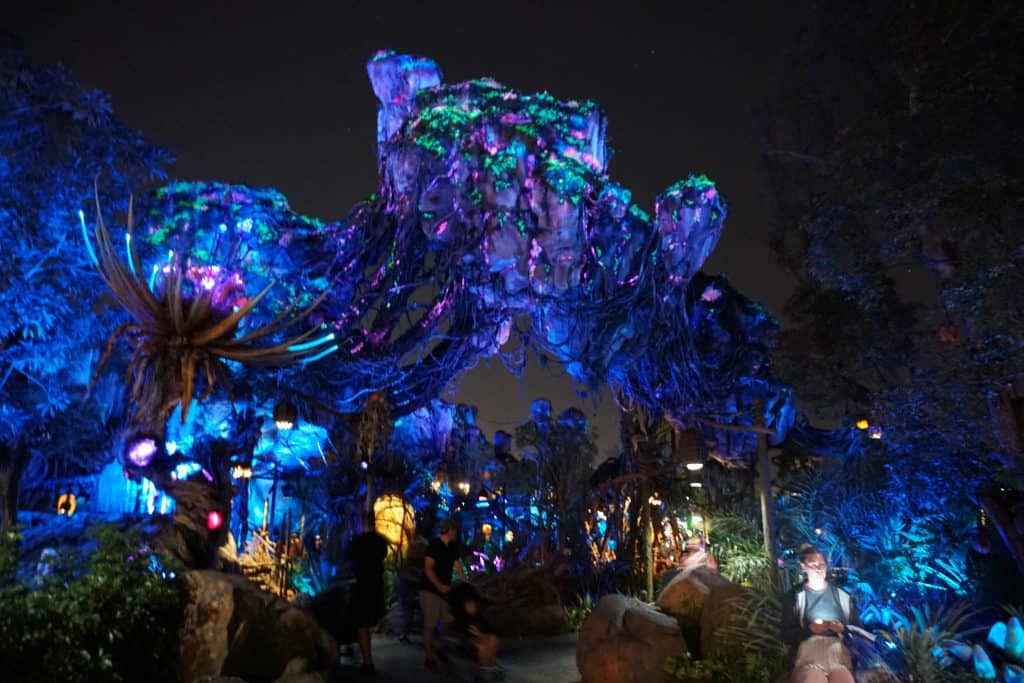 Nighttime is an amazing time to be at any of the parks, and Animal Kingdom is no different. Disney does an amazing job of making the parks beautiful at night through lighting and special effects. The cherry on top of this gorgeous sundae is Pandora. Seeing Pandora at night should be a high priority for anyone going to Animal Kingdom. The atmosphere cannot be matched anywhere else at Disney World. It really is beautiful.

Rivers of Light is the evening show at Animal Kingdom. This is not the traditional fireworks show that takes place at other parks. I imagine the noise of fireworks would be very disturbing for the animals. Instead, the show is based on lights and special effects.

Tip: Instead of using a FastPass or waiting in line for Rivers of Light, consider standing off to the side. There is a fence that runs along the river as you approach Expedition Everest. From here you can see the whole show without the wait. As a bonus, you get to make your escape before the crowd leaves the theater.

Attractions for Evening at Animal Kingdom

Evening becomes a great time to try to get on rides with shorter waits again. The parks begin to empty out around dinner time, freeing up the standby lines for those people who remain.

As night falls, there are some attractions that either become more interesting at night, or become more accessible. For example, we always try to ride Expedition Everest at least once during the day and once at night. The addition of the lighting effects on Everest combined with riding a coaster in the dark make for two different experiences.

For Kilimanjaro Safari, the animals become much more active during dusk as the temperatures begin to cool. Some of my best Safaris have taken place at dusk.

Tip: Hop onto line for Flight of Passage a few minutes before closing time. The posted wait time is often inflated to discourage people, but other than rope drop, this will be the shortest wait of the day.

All of these rides and shows work up an appetite! Fortunately, Animal Kingdom is full of some truly great dining options. There is no reason to go hungry when you spend your day at Animal Kingdom.

Two of the best Quick Service restaurants in all of Disney World can be found at Animal Kingdom in the form of Satu’li Canteen and Flame Tree BBQ. Both of these choices are superb in terms of food quality and price. As a bonus, the seating area for the Flame Tree BBQ is one of my favorite scenic, quiet spots to sit down for a rest at Animal Kingdom.

If you want a good sit down meal, you can’t go wrong with either Tusker House or Yak & Yeti. Both have tons of positive reviews for good food. Tusker House is even a character meal, allowing the kids to get up close and personal with Mickey, Minnie, Goofy, and Daisy.

And don’t forget about snacks! Tamu Tamu Refreshments is one of the locations throughout Disney World where you can get the famous Dole Whip.

As you can tell, I have a serious love of Animal Kingdom. There really is so much you can do with a 1-day Animal Kingdom touring plan. And what I haven’t even mentioned yet is how wonderful it is to simply wander around Animal Kingdom and absorb all of the details.

The Disney Imagineers do an amazing job of transporting you to Africa, Asia, and a distant planet. Pandora, especially at night, is just breathtaking. Every guest should take the time to stroll through Animal Kingdom to absorb these details.

This is where the smaller park size and fewer rides turns into a benefit. Animal Kingdom is a great park to simply slow yourself down and bask in the glory of the Disney imagination. 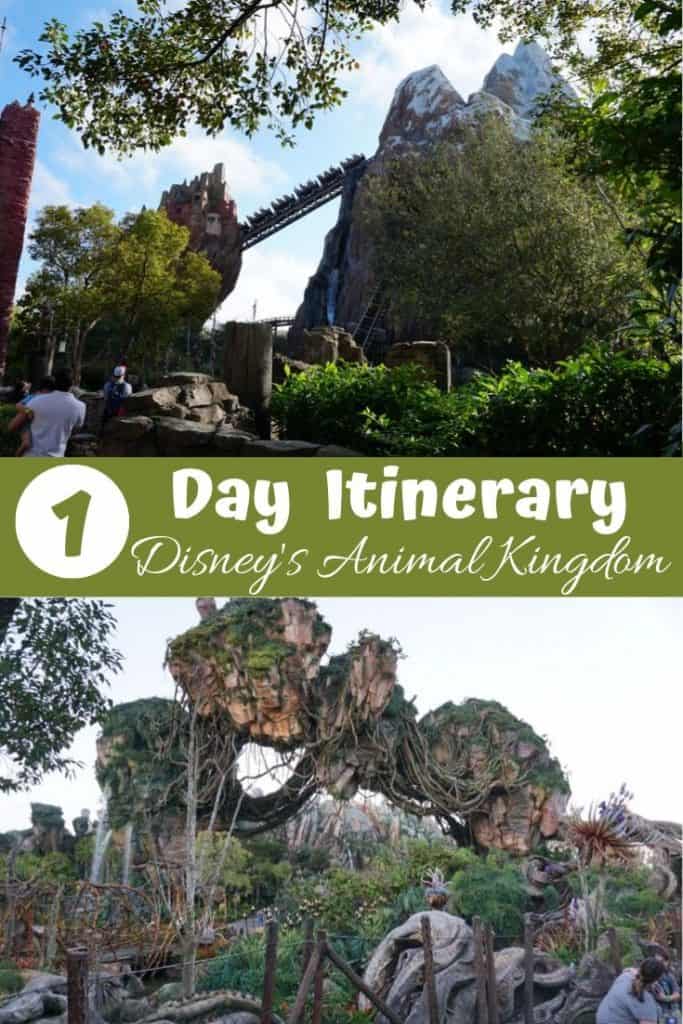 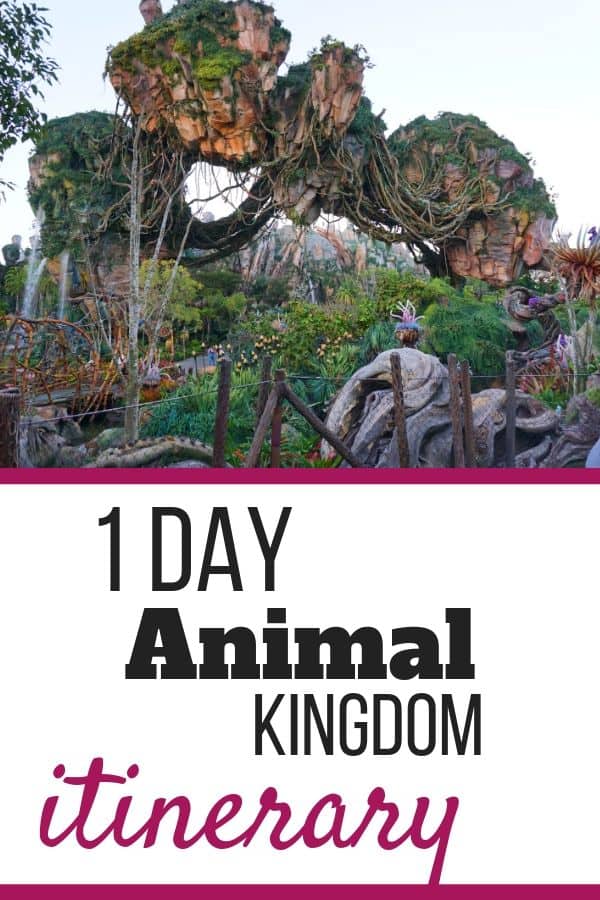 Nicole is a mom, a Disney lover, and a social worker all rolled into one. Her passions for planning Disney trips and helping people collided to create the blog, The Disney Journey. The goal of The Disney Journey is to help people plan the ultimate Disney vacation, without the stress and anxiety. Hi, everyone!

If you have not already bought tickets, I do not recommend buying tickets directly from Disney, instead get them from an authorized Disney seller. They will get you a better deal. I’ve partnered with my friend Jenn to get you the best deal and a free gift. Fill out this form to get your discount!