I had the extreme honor of attending my nieces 1st birthday where I first had these tasty Apple and Brie Sandwiches.

I never thought we would actually somehow end up in New York at my sister’s house for her birthday party. My family took a major trip to Europe this summer, so there was no plan for a second trip to NY. My husband is in the military so we played a little game we call Vacation Roulette where we fly on a military plane and just go wherever we can get to. We managed to get ourselves all the way to Germany. However, we did not manage to get ourselves all the way back to McChord AFB in Washington where our car was. Nope, we ended up on the opposite side of the country in New Jersey.

So, there we were in NJ trying to figure out what to do. Well, my sister is in NY so it was a no brainer. We rented a car and off we went. We had a lovely visit and killed enough time to get fairly cheap plane tickets back to the West Coast.

While we were visiting I helped my sister put together different food items for her daughter’s 1st birthday including these apple and Brie sandwiches that everyone seemed to love. Here is the recipe. 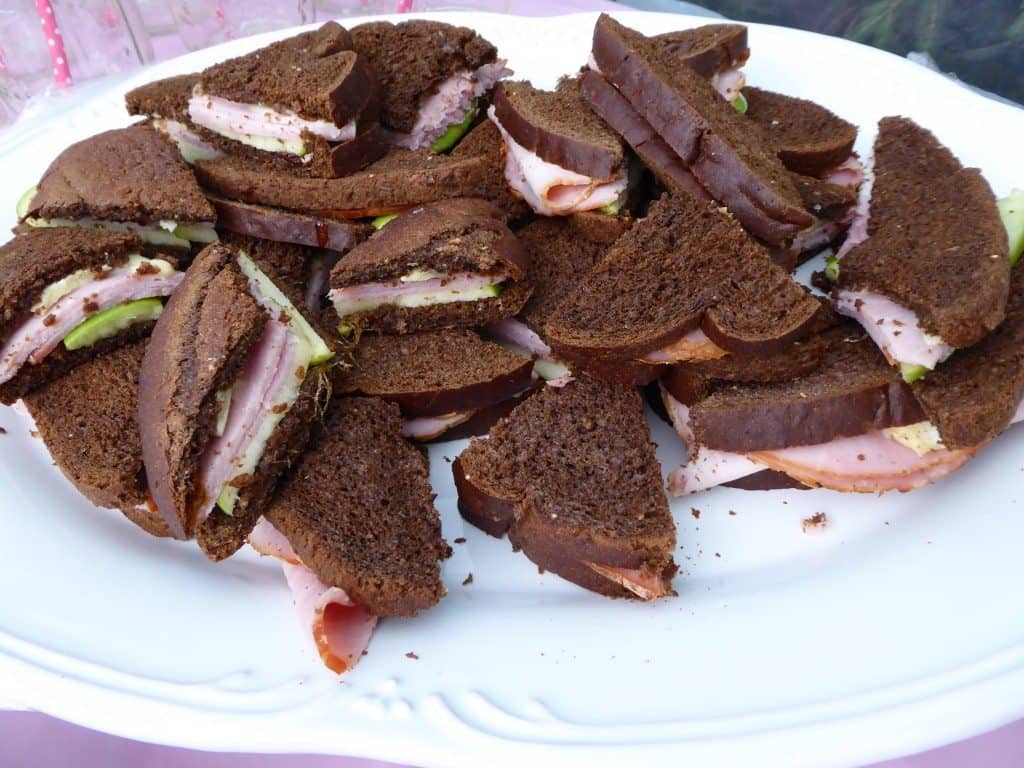 Toast the pumpernickel bread, then spread softened Brie cheese across one slice and spread fruit chutney across another slice. Put one or two layers of ham between then and one layer of sliced apples.