Australia is the largest island in the world. It is a vast land with many different landscapes, from deserts to rain forests and arid bushland to coastal areas by the sea. In the center of Australia behind the Great Dividing Range, (The Eastern Australian mountain range, extending 3,700km/2,300mi N-S) is an arid desert, which only receives rain approximately every 5 years. If you travel to this part of the country you need to be prepared in advance. 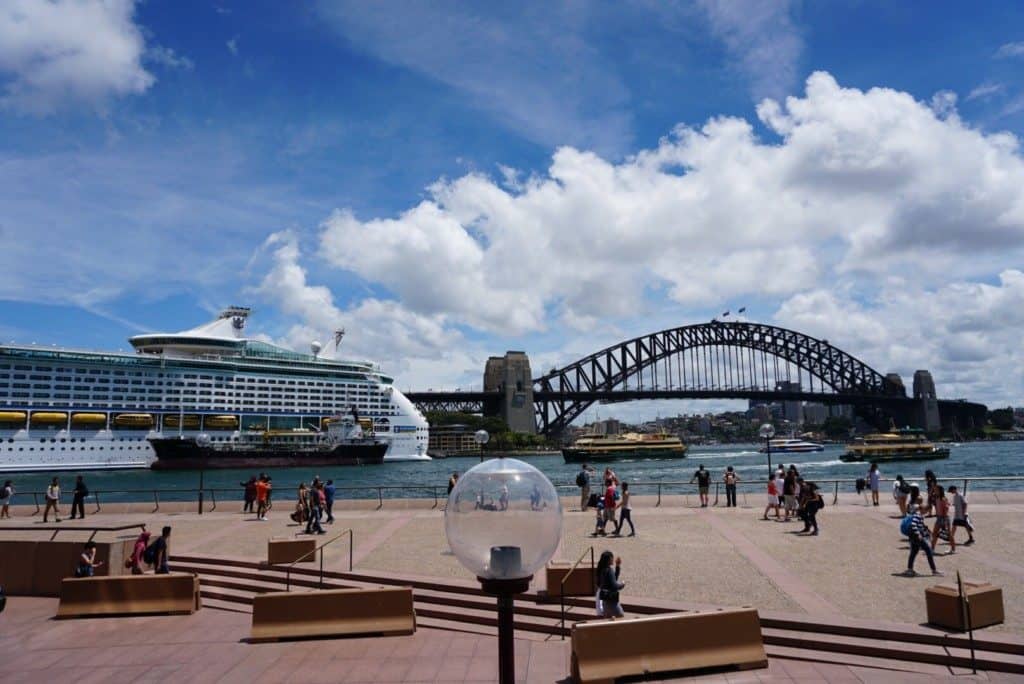 The winter in Australia is not very long, except for Tasmania and Victoria. Officially the summer is from December to February, but in some states, the hot weather lasts until April. In Northern Australia, there is no autumn as we see it in Europe. June, July, August, winter months, can reach very cold temperatures at night in some cities/towns, but not in Queensland, Northern Territory, or Western Australia.

However, in North Queensland, Northern Territory, and Western Australia the temperature is very high during the day, but because it is a tropical climate, the temperature plummets at night.

A visa is needed when traveling to Australia from many countries in the world. All the information you need is on the Australian Government websites, and it is even possible to obtain visas via this website.

Arriving in Australia you will find that you need to organize yourself very carefully. Donít try to take food through customs. Some items such as chocolates are permitted, but no meat, fruit or vegetables.

Going through customs there are dogs searching for drugs, so it is not very wise or intelligent to try to carry those items, apart from the fact that these items are very damaging to your body and mind.

Shopping is great, especially in Melbourne, Victoria, where all the clothing factories are situated. However; there are all the capital cities, such as Sydney, Adelaide, Perth, and Brisbane. There are many regional centers in those states where shopping is also very exciting.

Tourist destinations such as Noosa, north of Brisbane in Queensland, where you can buy Australian-made clothing and novelty items from around the world. There are many very interesting restaurants close to the beach in Noosa. There are wonderful world-class hotels and apartments where all the services are available.

Another great tourist destination is Surfers Paradise, Gold Coast, in Queensland where you will find everything you need to enjoy your holiday: shops, 5-star hotels, like Versace, situated right next to the boat harbor and adjoining a shopping center.

Sydney also has the Darling Harbor complex, on the Sydney Harbor with all the amenities of a big city.

The Australian people are friendly, and the service given by staff in most retail outlets, large or small is excellent. Restaurant service is also excellent.

There are many very interesting places to visit apart from the tourist destinations. Of course, Sydney Harbor Bridge; the Sydney Opera House; the Jenolan Caves situated in New South Wales. The Murray River in Victoria is great for taking a trip on the River Boats. Then there is Ayres Rock in the Northern Territory and Coober Pedy in South Australia. Most houses and hotels in Coober Pedy are built underground.

Queensland has the beautiful Tambourine Mountains behind the Gold Coast and the Glass House Mountains that are situated south of the Sunshine Coast (north of Brisbane).

As well as the above there are many interesting Islands off the coast of Queensland. Hamilton Island is a well-known tourist destination and many others also offer 5-star accommodation. There are a couple of Islands where you can camp in style as well as having all the amenities available to eat, drink and explore the waters of the Great Barrier Reef, scuba-diving or just taking walks during low tide.

Well, as you will see Australia is a fascinating place with deserts, rainforests, mountain ranges, and flat woodland, as well as beautiful beaches along the coast. Be careful though, there are dangerous currents in places, as well as sharks, so you need to swim mostly where there are lifesaver clubs in operation.

In conclusion, go and visit Australia soon. Even though the fare will be expensive because it is a long way from most other countries, and you may not want to leave, you will not be disappointed.