Find out where all the best things to see in Oregon are! Oregon isn’t short of stunning sites. From snow-capped volcanoes to expensive deserts and lush forests lining a rugged coastline, The Beaver State is among the most diverse areas in the United States.

I’ve lived in Oregon for a long time now, but for some reason or another, I have never put together a list of the best places to see in Oregon. I finally sat down and put one together. Here are the best of the best in no particular order. 26 Amazing Thing To See in Oregon

The first three things on this list can all be seen on my Southern Oregon Road Trip Itinerary! This itinerary also includes the waterfall trail.

Crater Lake National Park is in the Cascade Mountains of southern Oregon. It’s known for its namesake Crater Lake, formed by the now-collapsed volcano, Mount Mazama. Wizard Island is a cinder cone near the western edge of the lake. The Rim Drive, a road surrounding the lake, offers views of the park’s volcanic formations. The park’s numerous trails include Sun Notch, with views of the Phantom Ship, a small island. 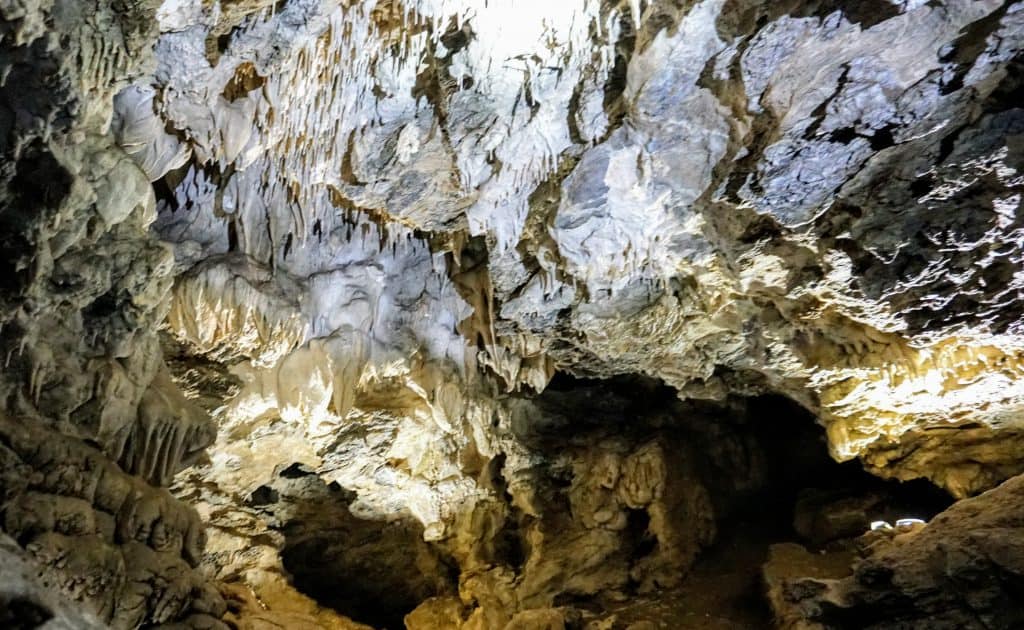 Oregon Caves National Monument and Preserve is a protected area in the northern Siskiyou Mountains of southwestern Oregon in the United States. The 4,554-acre park, including the marble cave, is 20 miles east of Cave Junction, on Oregon Route 46.

Set on 36 acres of countryside next to Siskiyou National Forest, this imaginative treehouse resort is 11.4 miles from Cave Junction and 26.8 miles from the Oregon Caves National Monument. Learn more. The Painted Hills in eastern Oregon near the small town of Mitchell, is one of the three units of the John Day Fossil Beds National Monument, located in Wheeler County, Oregon. It totals 3,132 acres and is located 9 miles northwest of Mitchell, Oregon.

The Painted Hills are a collection of hills that were created from a series of volcanic ash eruptions that formed approximately 32 million years ago. What makes them so special is fact that they’re colored in different tones of red, tan, orange, gold, and black that change during the year depending on the light levels.

Unlike most depictions of Oregon, this part of the state is a high dry desert, a sight you wouldn’t exactly expect to find here! The area is surrounded by hiking trails and other natural wonders like the Sheep Rock Unit, which will give you an insight into the area’s history through fossilized rocks.

Not far from the Painted Hills is a phenomenal working ranch that you can visit: Silvies Valley Ranch: A Luxury Dude Ranch in Eastern Oregon Multnomah Falls is a waterfall located in the Scenic Columbia River Gorge area, east of Troutdale, between Corbett and Dodson, Oregon, United States. The 611-foot-tall waterfall is accessible from the Historic Columbia River Highway and Interstate 84. Consider having dessert at the lodge, they have excellent desserts. The cave is part of the Newberry National Volcanic Monument. The cave temperature is a constant 42 degrees, so wear warm clothing. This one-mile cave is one of the longest lava tubes in Oregon and offers self-guided exploration. The Oregon Garden is an 80-acre botanical garden and tourist attraction in Silverton, Oregon, south of Portland and not far from Salem. Opened in 1999, it is home to over 20 gardens, including a rose garden, children’s garden, and Silverton market garden. It is open 365 days a year and hosts both public and private events. The land is also home to the Gordon House, Oregon’s only Frank Lloyd Wright home. 879 West Main Street, Silverton, Oregon.

Silver Falls State Park is a state park located near Silverton, about 20 miles east-southeast of Salem. It is the largest state park in Oregon with an area of more than 9,000 acres, with more than 24 miles of walking trails, 14 miles of horse trails, and a 4-mile bike path. It’s 8.7-mile  Canyon Trail/Trail of Ten Falls runs along the banks of Silver Creek and by ten waterfalls, from which the park received its name. Four of the ten falls have amphitheater-like surroundings that allows the trail to pass behind the flow of the falls.

This state park is located just north of Cannon Beach. Ecola State Park stretches along 9 miles of coastline. I consider this to be the most beautiful beach in Oregon.

Smith Rock State Park is an American state park located in central Oregon’s High Desert near the communities of Redmond and Terrebonne. Its sheer cliffs of tuff and basalt are ideal for rock climbing of all difficulty levels. The Oregon Dunes National Recreation Area is located on the Oregon Coast, stretching approximately 40 miles north from the Coos River in North Bend, to the Siuslaw River, in Florence. 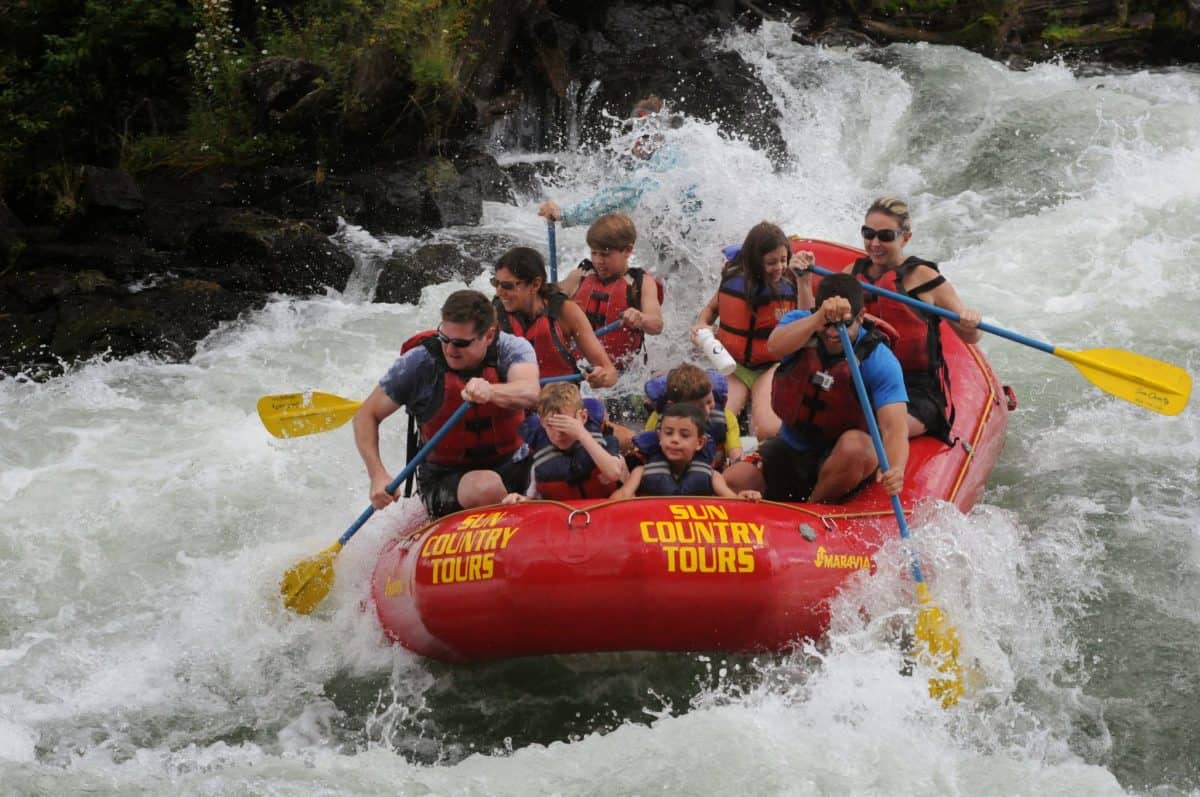 There are lots of places along the Deschutes to raft. We went Whitewater Rafting with Sun Country Tours The International Rose Test Garden is a rose garden in Washington Park in Portland, Oregon, United States. There are over 10,000 rose bushes of approximately 650 varieties. This is a free attraction. Hoyt Arboretum is Portland’s museum of living trees where we grow and exhibit trees and plants from around the world while educating our community and conserving vitally important plant biodiversity.  The arboretum is open free to the public and encompasses 189 ridge-top acres in Washington Park that are accessible by 12 miles of trails. Our collection nurtures 6,000 specimens from around the world, including over 2,000 species, 63 of which are vulnerable or endangered.

Go on a 104-Mile Wilderness Whitewater will travel into the ‘Wild’ section, an area only accessible by jet boating, rafting, and hiking. Jerry’s is the only commercial jet boat trip allowed to operate in this remote twelve-mile section. Timberline Lodge is a mountain lodge on the south side of Mount Hood. Constructed from 1936 to 1938 by the Works Progress Administration, it was built and furnished by local artisans during the Great Depression.

Things to do on Mt. Hood

Wind Surfing and Kite Surfing in Hood River – Hood River is the windsurfing capital of the world. People come from all of the world to windsurf and kitesurf here. It’s fun to watch.

McMenamins is a family-owned chain of brewpubs, breweries, music venues, historic hotels, and theater pubs in the Pacific Northwest. Just off of Highway 126 is the most beautiful waterfall, Shalie Falls. The whole drive down highway 126 is scenic.

Powell’s Books is a chain of bookstores in Portland, Oregon, and its surrounding metropolitan area. The Powell Books in the Pearl District is the largest independent new and used bookstore in the world.

John Day Fossil Beds National Monument consists of three units: Sheep Rock, Painted Hills, and Clarno. All three give glimpses into Oregon’s prehistoric past. Hike through colorful rock formations at John Day Fossil Beds preserve a world-class record of plant and animal evolution, changing climate, and past ecosystems that span over 40 million years.  Exhibits and a working lab at the Thomas Condon Paleontology Center as well as scenic drives and hikes.

A 66-mile drive dotted with Alpine lakes across the high country of Central Oregon, home to striking volcanic strata and the stunning Cascade Range mountains.

Known for its magical landscapes, choosing where to go in Oregon isn’t exactly an easy task because there is just so much to see and do here! If you’re currently planning a trip to Oregon and wondering where to go, this list of 26 of the best destinations in the state you absolutely have to visit in order to get a pretty good picture of how diverse it actually is!