6 Best Locations for a Remote Vacation

6 Best Locations for a Remote Vacation

Want to take a trip where there’s very few other tourists? We’ve found a handful of places where you are so remote you won’t have to deal with very many other visitors. Whether you are worried because of covid, you need a major break from technology, or just not a people person these should suit you.

Top 6 Destinations for a Remote Vacation

Here are some of our favorites in no particular order. 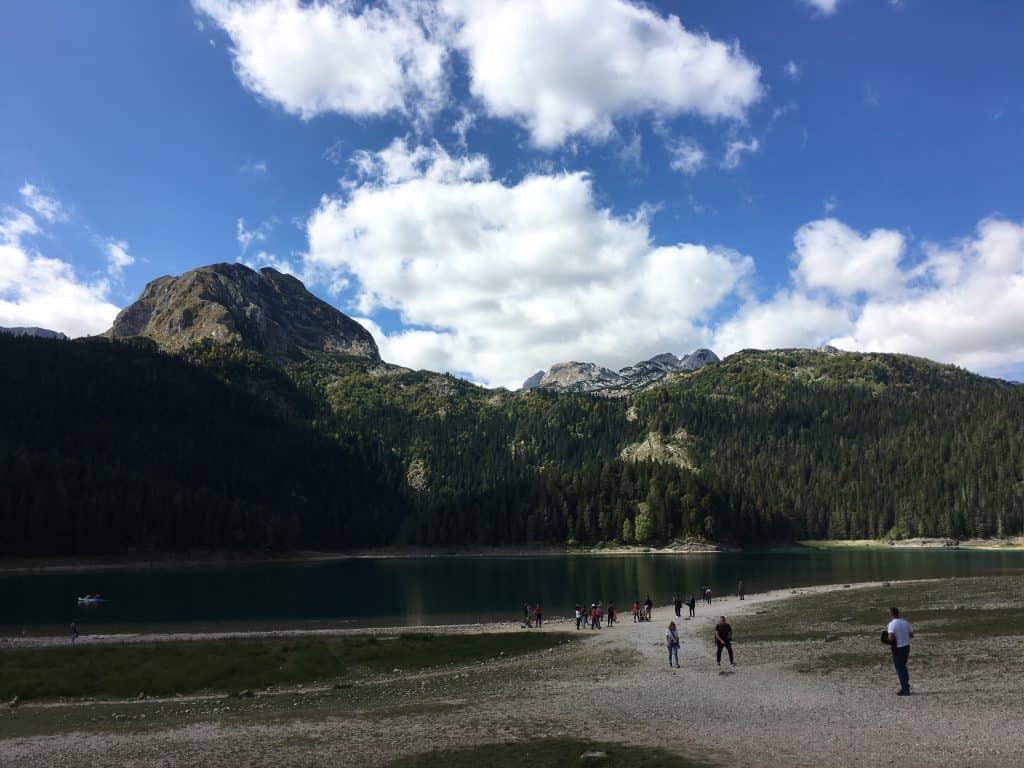 Durmitor National Park is located in northern Montenegro. Although it is not very far from Tivat (about 3 – 3.5 hours) and the capital Podgorica (about 2 hours), the park is very large, so it will be unusual for you to find it crowded, even for some of the main attractions. With a rental car and some pleasant walks, you will have no problem reaching all the most scenic corners such as the fairytale Black lake and the Cuverac view-point. The signposting for hiking is so good that they have been even criticized for enticing even inexperienced people to venture into the mountains.
The best time to visit Durmitor National park is from late spring until early autumn when you can also swim in the lake with the milder temperatures. In winter, however, it offers a pleasant diversion to skiers who find here a small area to practice their turns on a simple downhill. Zabljak is a small village right at the gates of the park. There is no shortage of accommodation options, but to experience the pleasant sense of isolation the park offers just stay a little outside. The hotel Soa, for example, located on the road to the lake, offers the comfort of a modern intimate mountain refuge completely surrounded by nature. 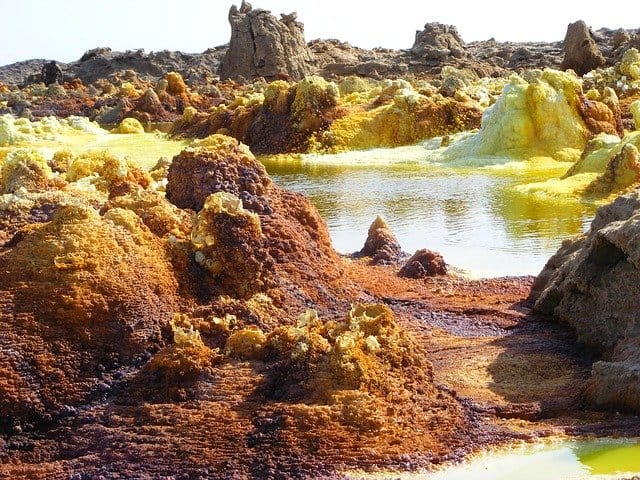 Ethiopia is one of the most off-grid destinations you can hope to visit. The capital, Addis Ababa, is a major transportation hub with many international and domestic flights, so the country is really easy to reach. Yet, the most remote places can only be reached by car, and traveling in Ethiopia is not for everyone. The combination of poor hygienic conditions, difficulties in communicating with the most remote communities such as the Afar of the Danakil, the almost complete lack of tourist infrastructure, make it a rather challenging place. Yet, Ethiopia has a lot to offer. The landscape is absolutely breathtaking: from the Simien Mountains to the active volcanos such as Erta Ale; from the barren landscape of the Tigray region to the salt flats and colorful yet harsh landscape of the Dallol; from the rock-hewn churches of Lalibela to the castles of Gondar, this is a country that – despite the many difficulties of traveling there – deserves to be explored. 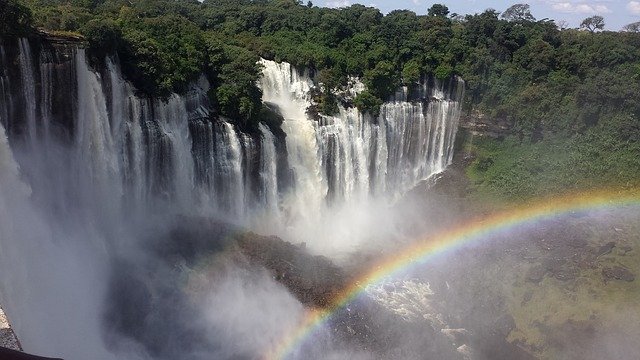 Kalandula falls in Angola. According to Travel Drafts there are not any rooms in Kalandula. It’s located in Malanje district, almost 2 hours away from the city of Malange. In Malange there are only 2 or 3 hotels also. Despite being very off the beaten track, Kalandula falls are usually considered the second biggest and most impressive waterfalls in Africa. They are huge and somehow similar but smaller to Victoria falls. As in all waterfalls, you should visit during the rainy season, between October and April. The road to Kalandula is paved, but with a lot of potholes, you don’t have to have a 4WD car, but it makes the trip easier. 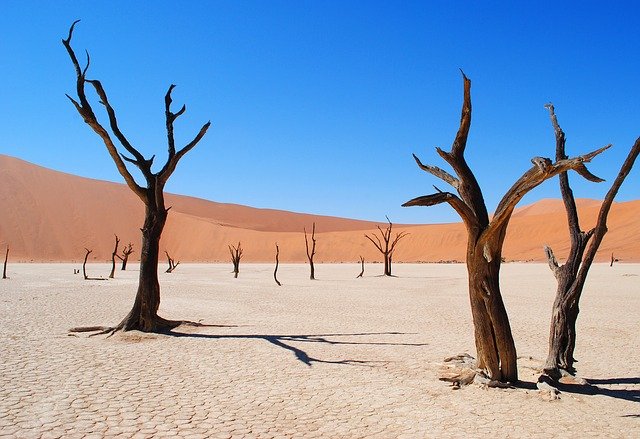 Namibia is a country made for off-the-grid adventures and is best explored by road trip. Its wide-open spaces and vast deserts will have you wondering how people and animals can survive in the barren (but beautiful) landscapes. One of our favorite destinations in Namibia was Soussvlei. Located in the Namib Desert this iconic destination is known for its white clay pans and ancient trees which stand out as a sharp contrast against the red sand dunes. An equally desolate location is the Shipwreck Coast. The seemingly endless stretch of coastal land has no infrastructure but is famous for great fishing and shipwrecks. For a chance to spot animals, Etosha National Park is the place to go on your off-the-grid road trip in Namibia. The Big 5 can be spotted amidst the salt flats of this otherworldly landscape. When it comes to somewhere to stay, families can camp if they want to be truly off the grid or they can stay at one of the many great resorts catering to Namibia road trippers. Namibia is a great destination to get away from it all and to experience nature and wildlife as you have never seen before.

Eighty Mile Beach is a three-hour drive south of Broome in Western Australia. A range of accommodation is on offer, from powered campsites up to self-contained cabins. There are five, 2-bedroom cabins available. Linen and towels are provided, and they are fully air-conditioned. As far as remoteness goes, it’s right up there, according to Travellin Lite.
The visitor isn’t troubled by hordes of people, as there is a limit as to how many people can stay at the holiday park at any one time; which is about 100. Power for the holiday park is sourced from local generation and solar. Water is by rain harvesting and underground reserves. It is fully self-sufficient.
Families who holiday here are rewarded by extensive vistas and gorgeous turquoise waters. Activities are walks on the beach, swimming, four-wheel driving, beachcombing, birdwatching, and taking in the magnificent sunsets. What makes the beach special is its more shells than sand, and it’s a great place for kids to see how many different types of shells they can spot. There are hundreds of different types!
Broome has an international airport, and that’s where most visitors arrive. Western Australia is a big place, and it’s best to hire a vehicle in Broome and drive down. The best time to visit is between March and September to enjoy the warm days and pleasantly cool nights. If you’re looking for a true remote, semi-off-grid family holiday experience, then think about Eighty Mile Beach if you’re coming to Australia. 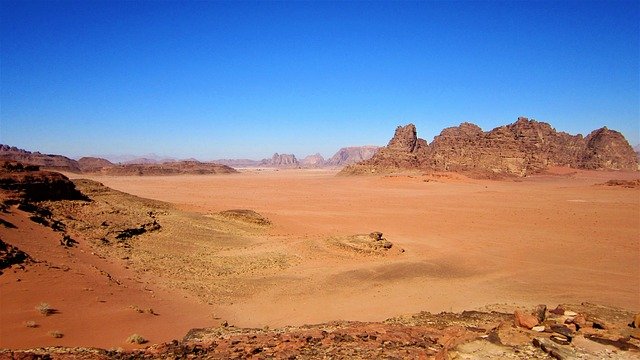 Wadi Rum desert in Jordan is quite unique in that the landscape will make you feel like you’ve landed on Mars. A 4×4 jeep will whisk you off into the desert to your desert camp where you’ll spend the night under the stars and enjoy a typical Bedouin feast. You’ll have the option of a desert tour by 4×4 or camel.
Sunrise or sunset are great times to go out exploring as it can get very hot. The best times to visit would be from March to May and September to November. Outside of these times, it can get either too hot or too cold.
So, there you have it, some of the top destinations for a remote vacation. Have you taken a vacation to a super remote destination? We’d love to hear about it in the comments below!
2021-08-22T19:17:42-07:00By Meagan|Categories: Africa, Australia, Middle East, Travel|0 Comments