10 Best Saudi Dishes and Where to Eat Them!

10 Best Saudi Dishes and Where to Eat Them!

Saudi Arabia has a rich culinary history and diverse dishes to discover. From spicy rice dishes to savory meat wraps, there is something for every foodie to enjoy. This article will explore the ten best Saudi dishes and where you can find them.

Whether you’re a resident of Saudi Arabia or just visiting, these dishes are a must-try for anyone looking to experience the flavors of the country. So join us as we take a culinary journey through the best that Saudi Arabia has to offer. Get the best deals and offers on flynas air when planning to visit Saudi.

Jalamah is a traditional dish from the Saudi Arabian region of ‘Asir. It is made with lamb. Pieces of young lamb are cooked with fat, onions, and a mix of Arabic spices like cardamom, cinnamon, coriander, and black pepper.

Usually, rice or flatbread is served on the side to soak up the tasty gravy. This dish is usually made for special occasions, like the Eid al-Adha holiday. 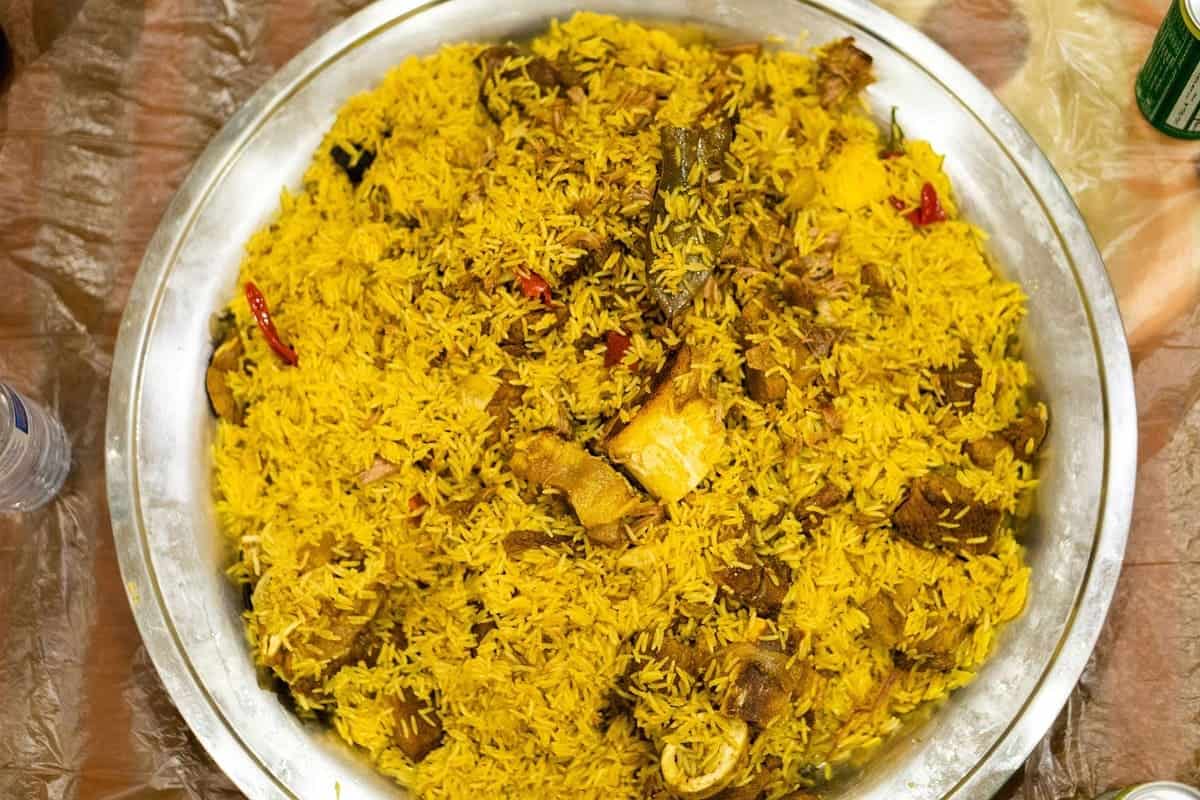 Kabsa is a rice dish made with meat and vegetables. It is thought to be the national dish of Saudi Arabia. Most Saudi dishes, like Kabsa, have a lot of dried fruits and nuts in them. We recommend that you grab a spoon and dive deep into the mounds of this tasty rice dish.

Ruz Al Bukhari is a fragrant rice dish that is also called Al-Fahm. It is often served with roast chicken. Spices like cinnamon, cumin, cardamom, and star anise are used in the dish, and it is often topped with raisins and fried onions. A spicy tomato sauce is served on the side (also known as Salata hara). In some versions of the dish, almonds and pine nuts are also added.

RELATED  11 Interesting Things to do in Kuwait 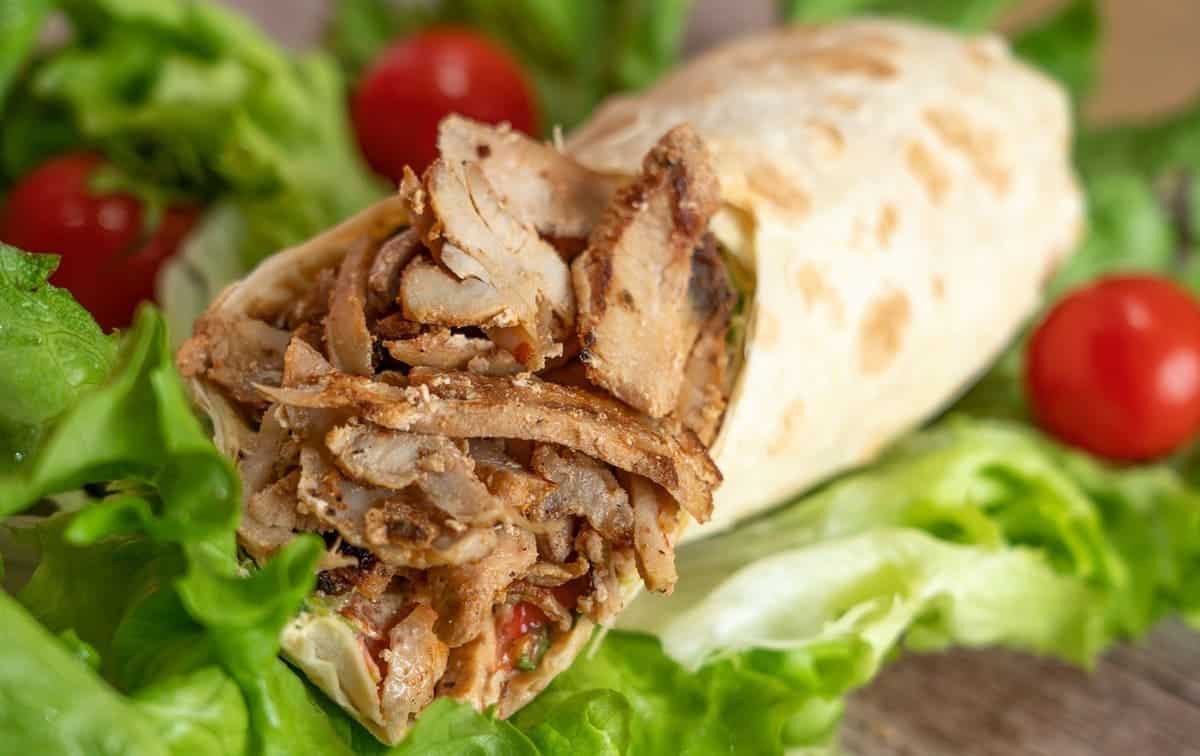 Shawarma is a popular Arabic meat dish, and it’s also one of the most well-known street foods in the world. To make Shawarma, thin slices of chicken, lamb, or mutton are cut, marinated, and put on skewers in a cone. The meat is then roasted on a spit or rotisserie.

This tasty dish was made in Turkey in the 18th century. It was first made in Greece, where they called it “gyros,” which means “turn” in Greek. It got the name “Shawarma” when it became popular all over the Middle East.

Cookies from the Middle East are often served with coffee or tea during the day, and powdered sugar is sometimes sprinkled on top to make them even sweeter. 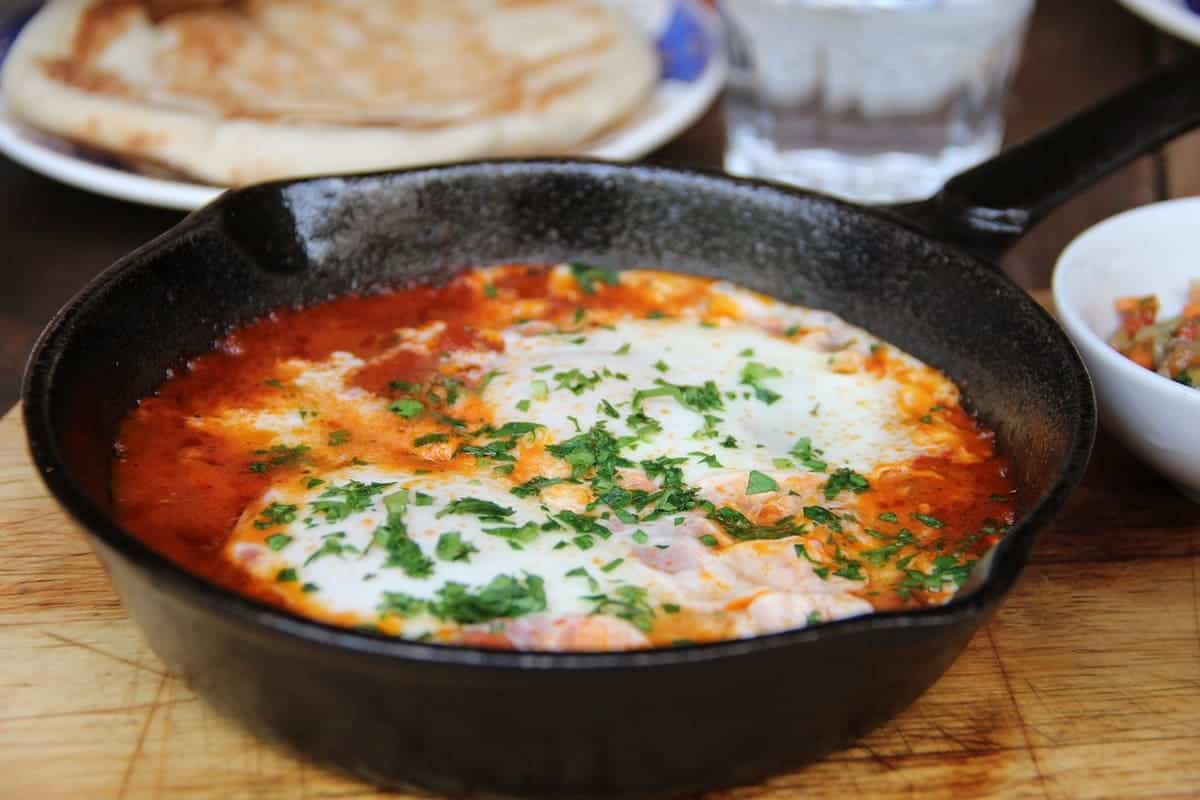 Since the beginning of time, eggs have been a staple food in Saudi Arabia. This makes sense since eggs are easy to find, cheap, and tasty. Plus, they are also very good for your health.

Because of this, many breakfast foods in this country are made with eggs. Shakshuka is one of the most well-known. This Saudi Arabian breakfast is an egg poached in a sauce made with tomatoes, onions, olive oil, paprika, and cumin.

RELATED  What You Need to Know About Red Wine

It uses many different cooking methods that can be different from one place to another. Meat, rice, and spices are cooked underground. The hours of cooking underneath give the rice and meat a mild flavor and a smooth texture. In many Saudi homes, madfoon is a comfort food. This is because the recipes have been passed down from generation to generation. 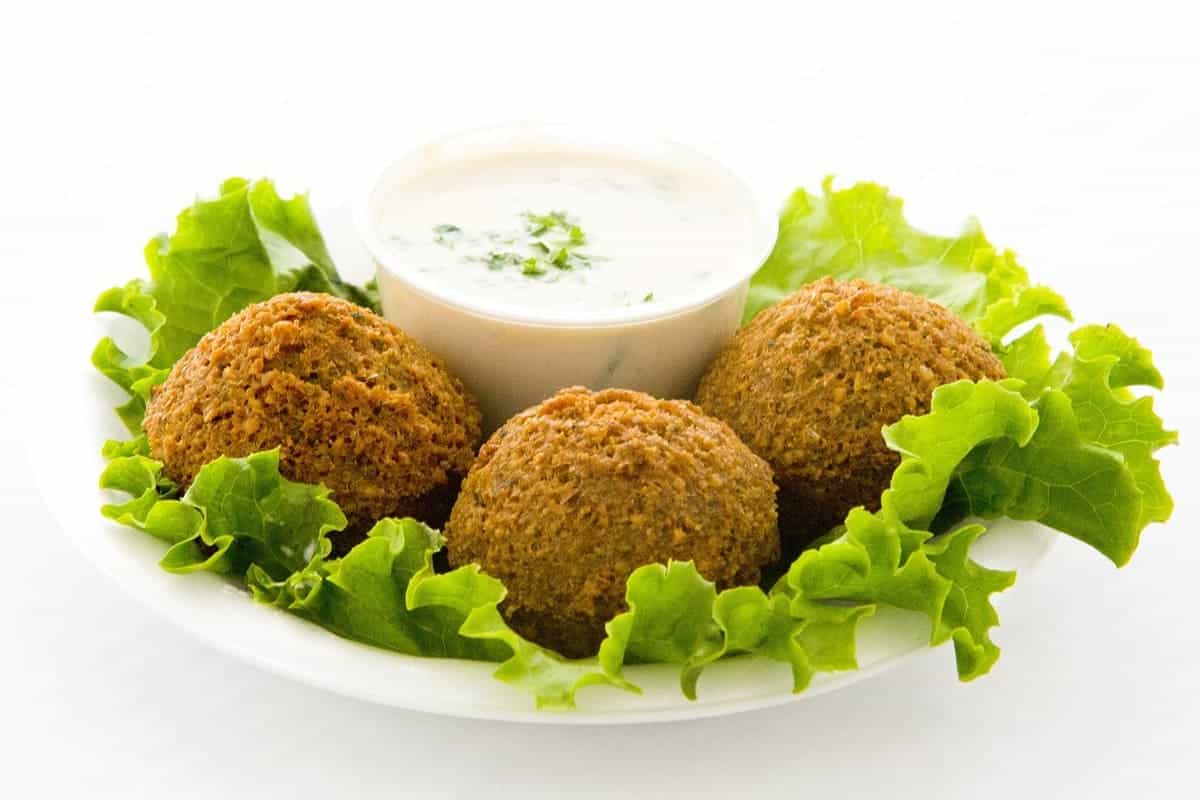 The word “falafel” is used to characterize a wrapped sandwich, which is why these deep-fried balls are usually served in a pita or a flatbread.

Even though its history isn’t clear, this tasty dish is easy to find on many streets in Saudi Arabia. Falafel is a great alternative to meat-based foods because it is made in the shape of a ball from beans or chickpeas. 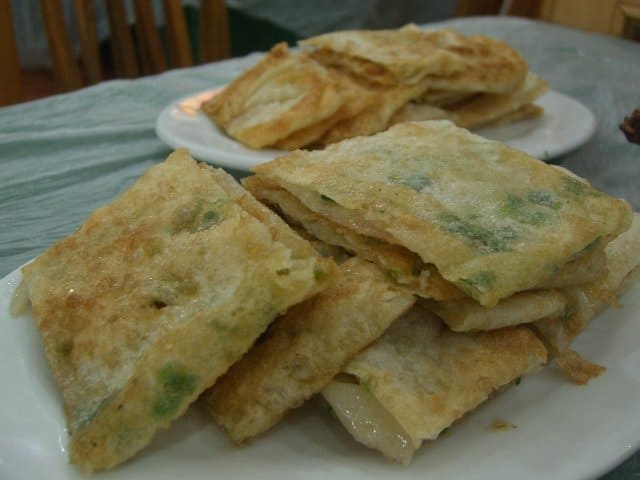 Mutabbaq is a popular snack in Saudi Arabia. It is made of a thin layer of bread filled with ground meat, eggs, leeks, and scallions. The word “mutabbaq” means “folded” in English. This dish is usually shallow-fried, but you can also find it baked in some places. The outside is crispy, and the inside is full of filling.

The thin dough for Mutabbaq is rolled out into a large rectangle. The minced meat and egg filling are then spread on top. The rectangle is folded into a smaller rectangle, cut into squares, and served with lemon wedges and whole chilies. 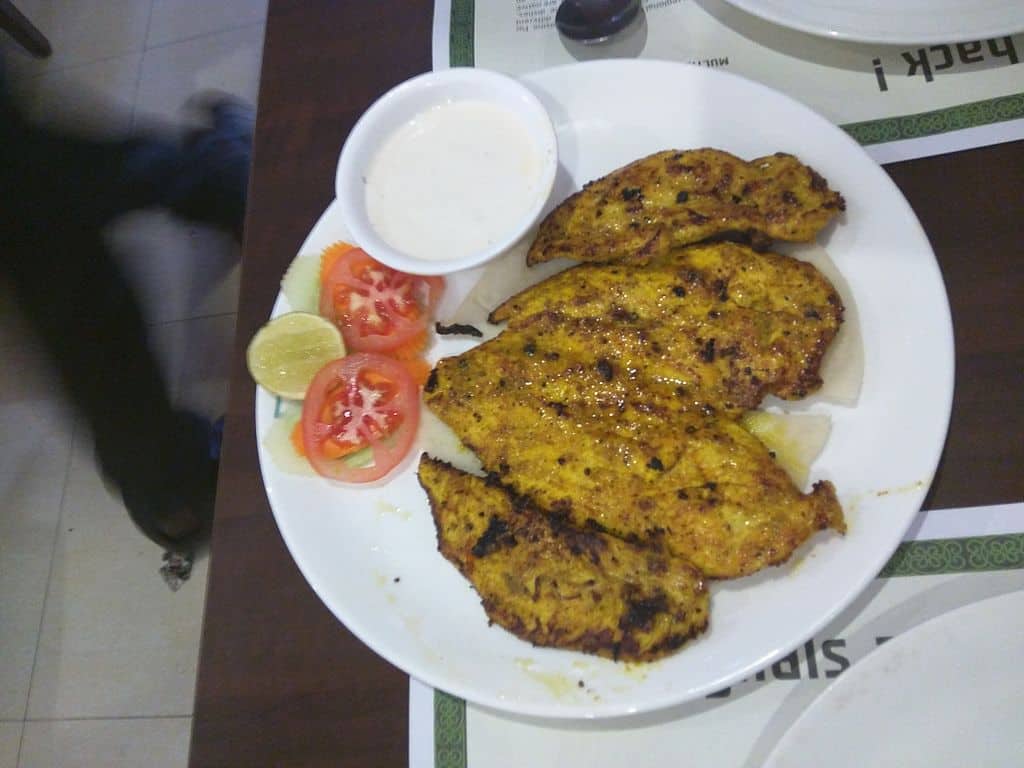 The chicken is usually served with a garlic dipping sauce and a mixed salad on the side. It can also be served with couscous, Arabian pilaf, and soups. 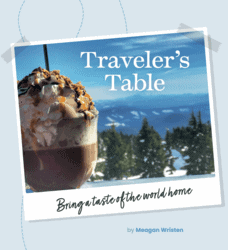