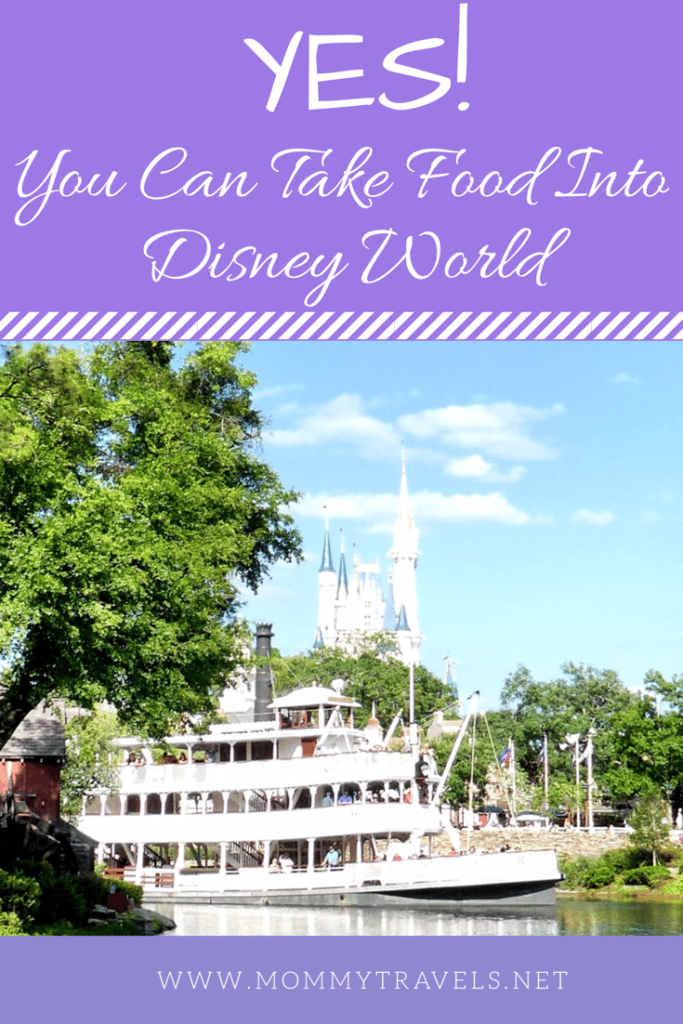 Did you know that you are allowed to bring food into Disney World? That’s right, you can take your own food into all Disney Parks.

Bringing your own food to Disney is an awesome and easy way to save money. Plus, if you have a kid with food allergies you can have the peace of mind knowing exactly what they are eating at all times! Although allergies at Disney is not that bad since they do such a good job managing it.

The first few times we visited we were unsure whether or not you could bring in your own food until we ask someone in the park that worked there. The cast member we ask was super helpful and since then we have been saving loads of money every time we go.

Here’s what you need to know about taking food into Disney:

Suggested foods to take to Disney:

Cold Foods to take into Disney:

Other random items we have taken into Disney Parks