Wondering what to do with all that leftover candy you have? Use it to make a super sweet treat, Candy S’mores. 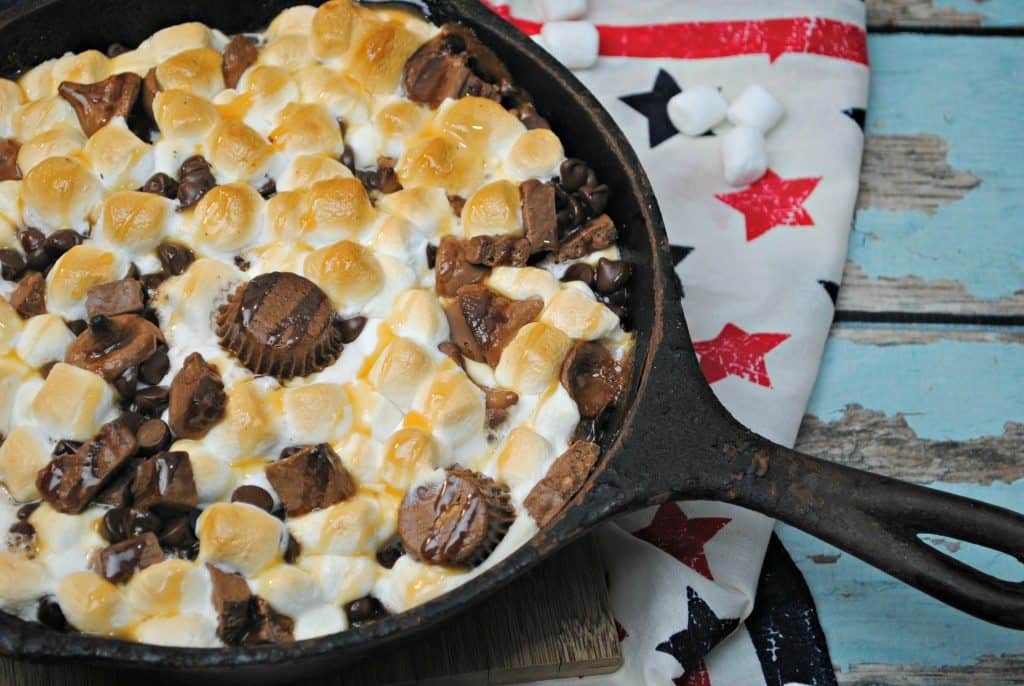 Are you wondering what to do with all the extra or left over candy your kids have after a holiday like Easter or Halloween? I suggest making this indulgent candy s’mores dessert!

You could use any type of chocolate candy, you do not have to stick to the candy suggested in this recipe! If you have larger pieces of candy you want to use, just chop them up into smaller pieces so they melt well. You could also make these into cupcakes for slightly less mess, although the prep would be more tedious.

You could also leave out the brownie part and just eat it as a dip with gram crackers. This is usually how we eat it. If you make this as stated it is like a s’mores dessert bar.

Make brownies according to the box

Once done, pull out and set aside to cool.

Add the Hershey bars on top of the brownies

Bake at 425 degrees for 7-10 minutes or until the marshmallows are slightly brown. 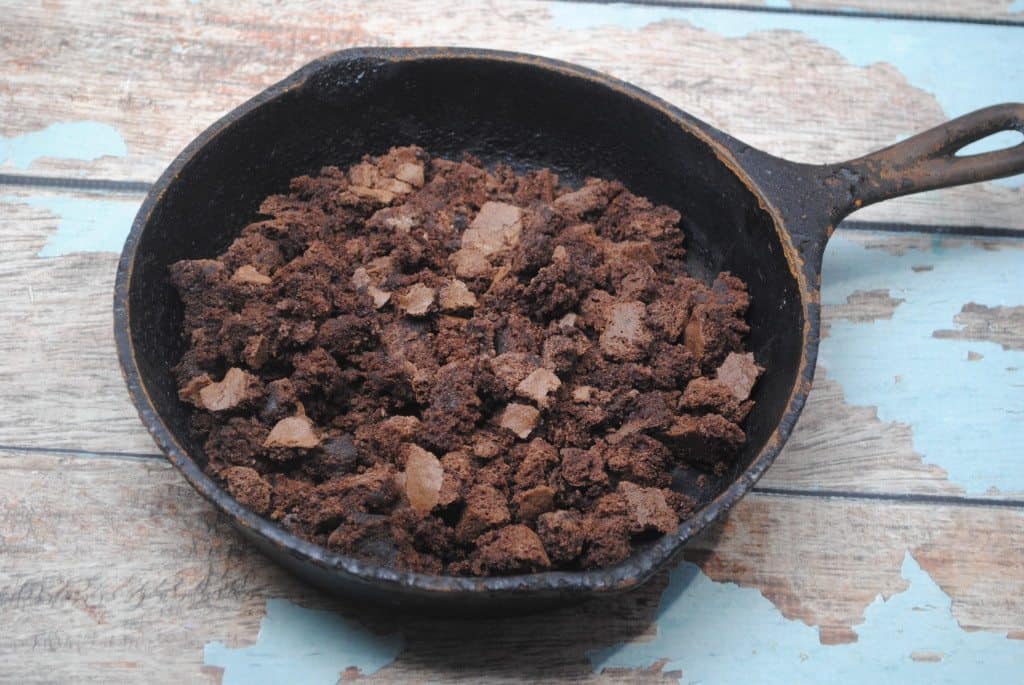 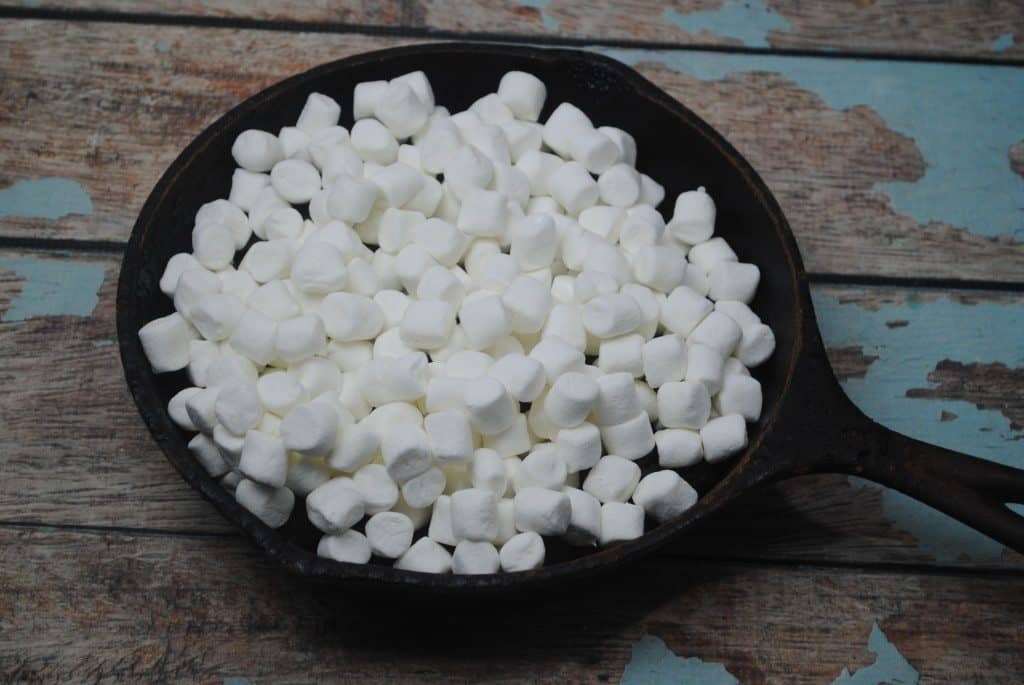 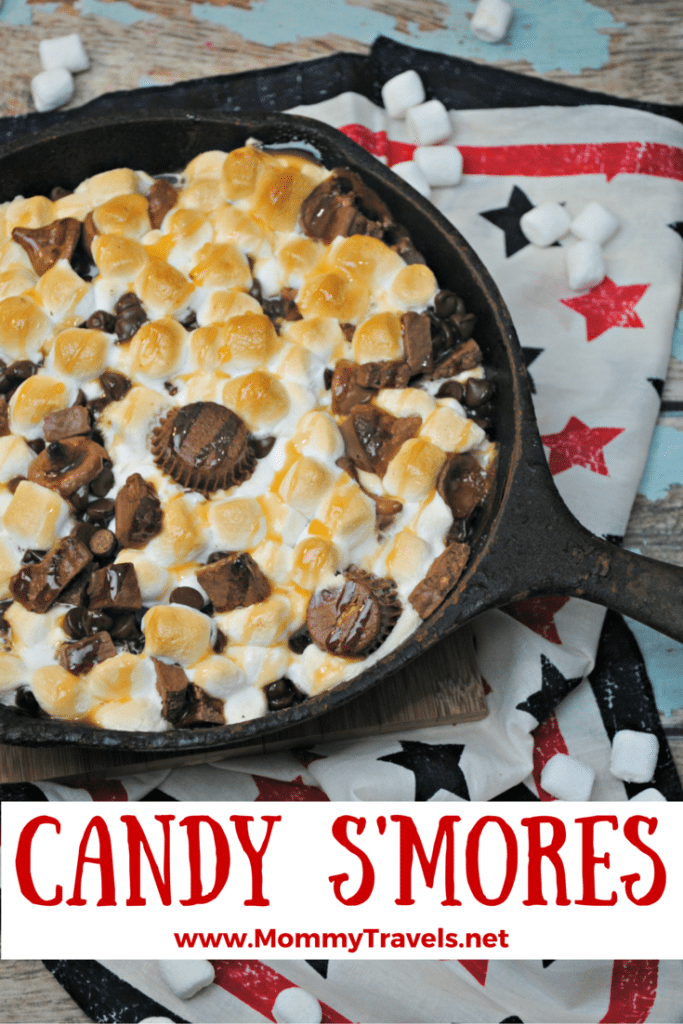 This recipe is fun to make during a camping trip too! Just cook it over the fire with your cast iron skillet. Use gram crackers to eat it. 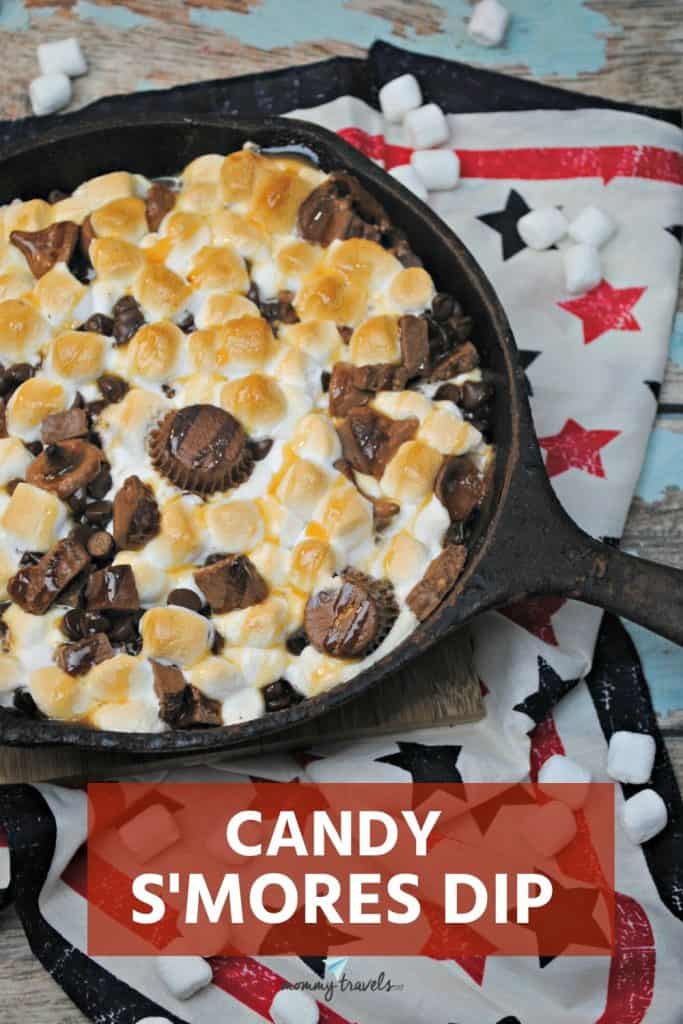