A Carne Asada Breakfast Hash Everyone Will Love

A Carne Asada Breakfast Hash Everyone Will Love

Carne Asada Hash is a savory and filling breakfast. This dish is the perfect way to use up peppers, tomatoes, and potatoes before they go bad. 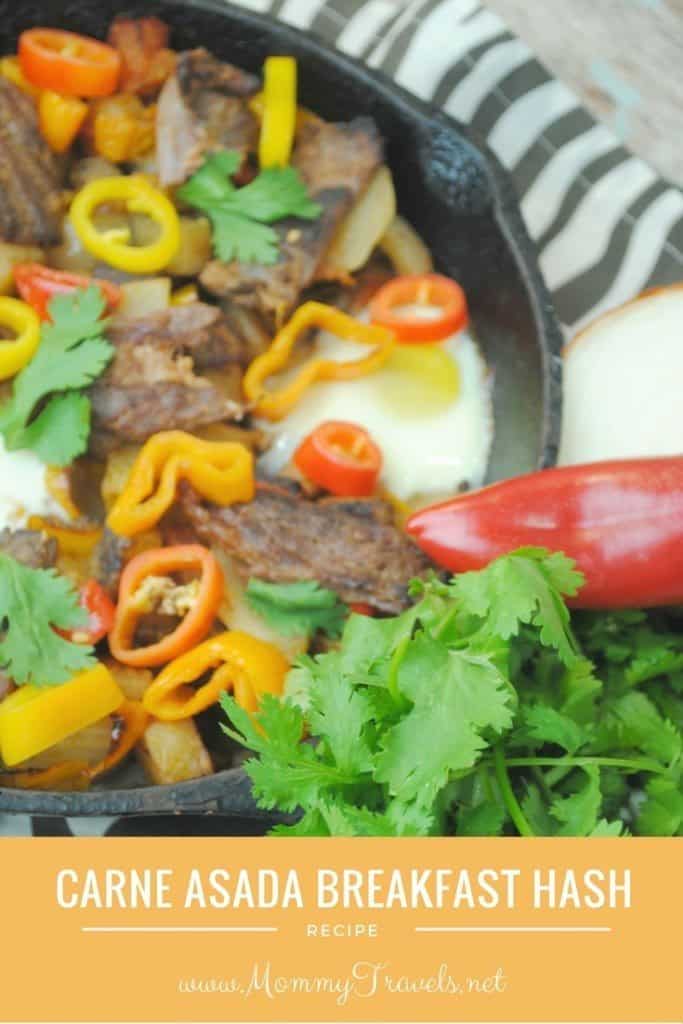 It’s not easy for me to get Tex-Mex food up here in Oregon. Shocker right? So, slowly over the years I have figured out how to make my own Tex-Mex. Once I figured out how to make Carne Asada on a grill I found all kinds of uses for it. I tend to make a breakfast hash to use up fresh ingredients before they go bad like peppers, cilantro, and tomatoes.

Here’s a breakfast recipe I love, Carne Asada Hash. I hope you like it too!

Directions:
Heat your cast iron and olive oil over high heat
Once the oil begins to bubble place your meat in the pan
Cook to a medium rare, about 3 minutes on each side
Remove the meat and set to the side
Add your chopped peppers, onion, potatoes and cook till tender
Add your carne asada back to your cast iron pan
Heat your oven to 350 degrees
Using a spoon or your hands, create small holes in the food by moving the food over to hold your egg
Crack each egg into the hole you created
Place in the oven for 5-7 minutes until the egg is cooked

I have had several people ask questions now, so I thought I would add a little Q&A to this recipe.

What kind of potatoes can I use?

It doesn’t matter what kind of potatoes you use. I typically use whatever I had in the kitchen at the time. I think I have used three different kinds of potatoes and personally I cannot tell a difference. The same thing goes for the peppers and tomatoes, I use what I have on hand. This is an awesome recipe for using up ingredients before they go bad.

How do I make carne asada? 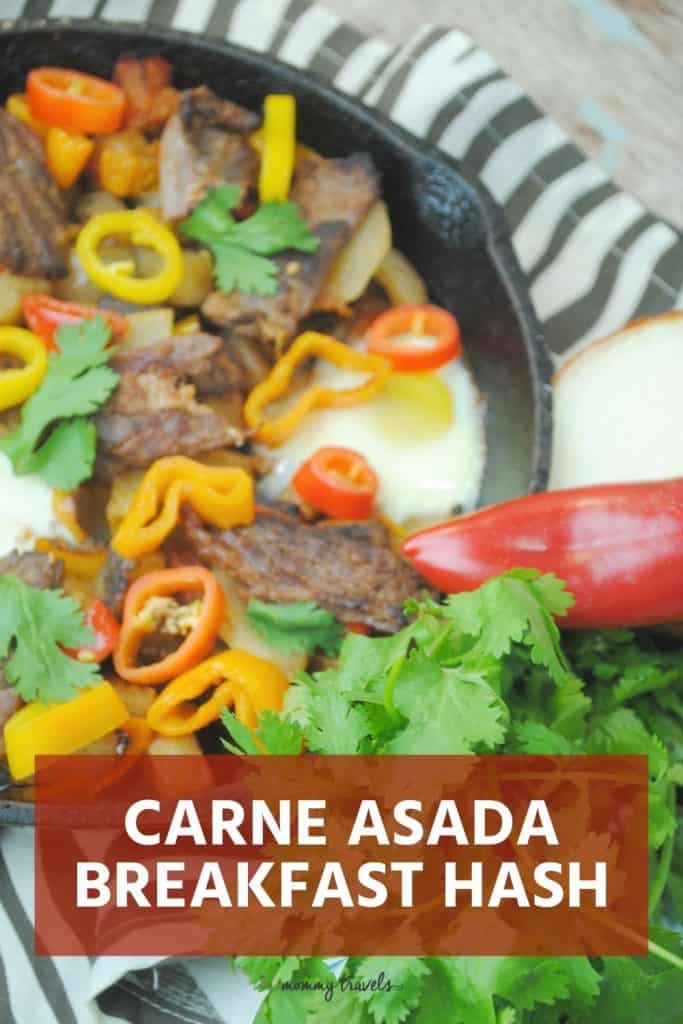 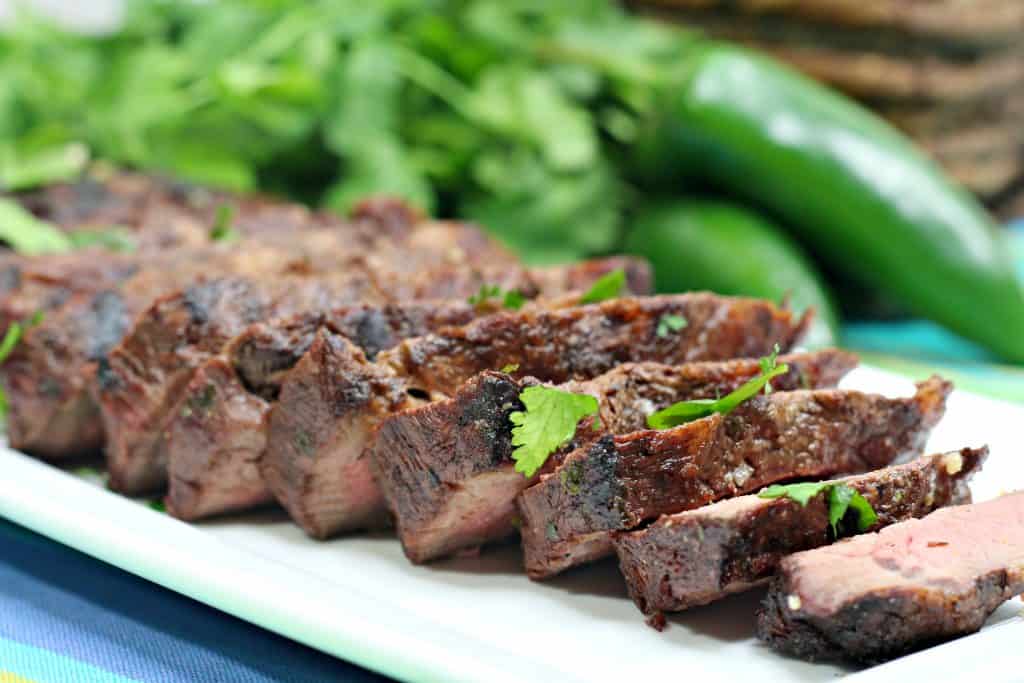 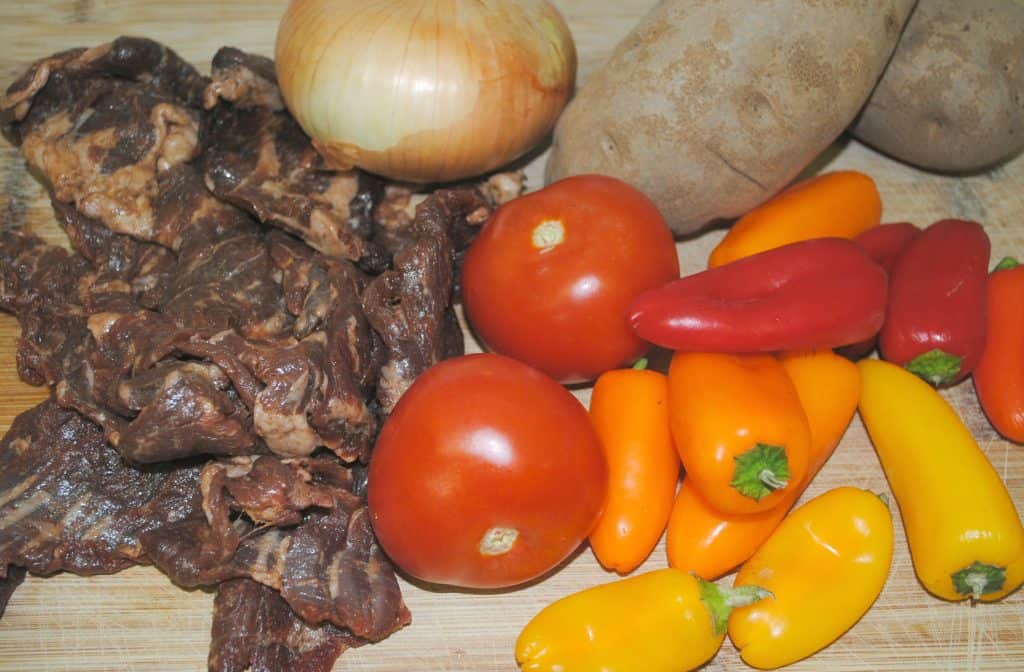 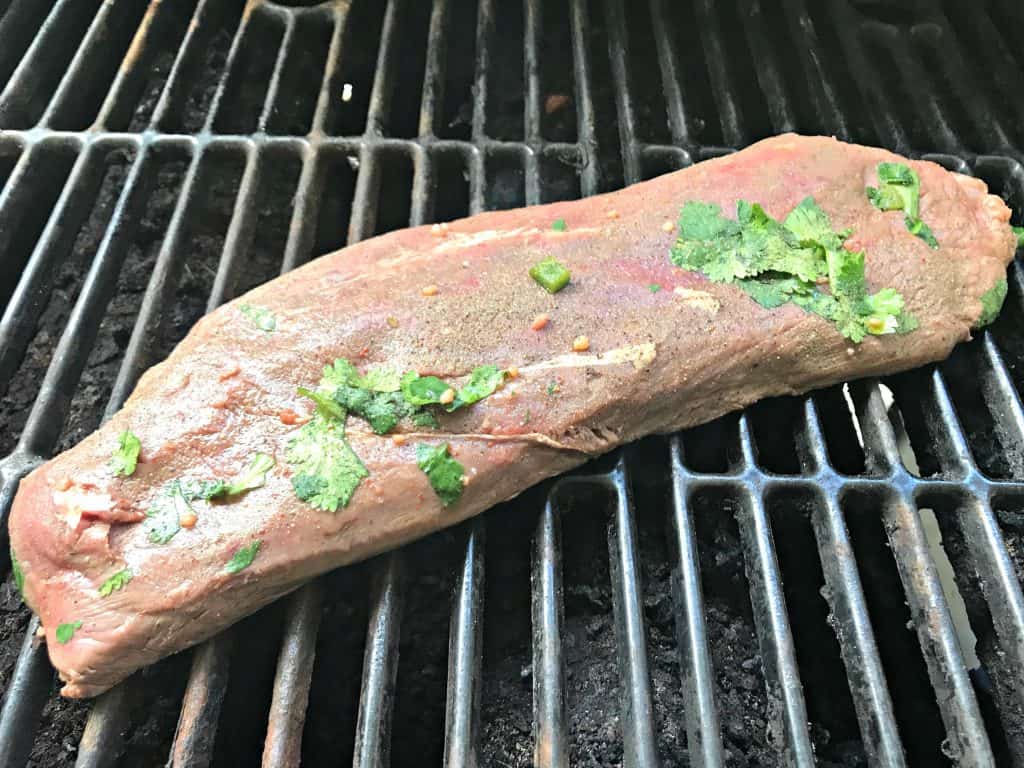 Grill steaks for 8 minutes per side.
Turn once.
Remove steaks.
Set steaks aside for about 5 minutes. 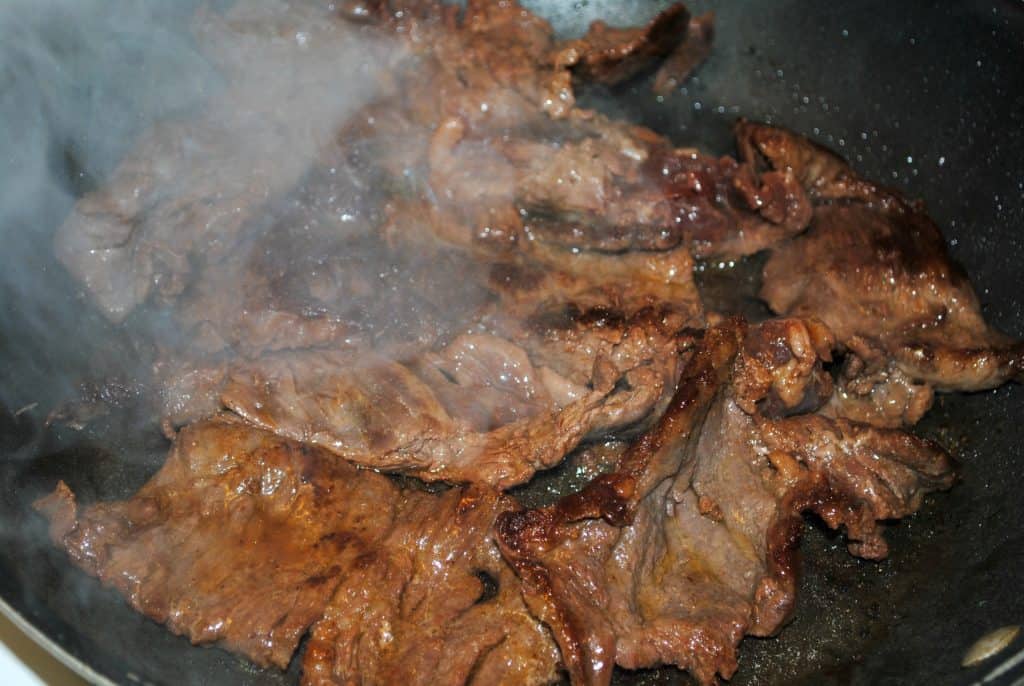