On a recent trip to upstate New York I had so much fun exploring the Cayuga Lake wine trail. It is the longest running wine trail in the US. You could spend several days going along this wine trail and never run out of stops.

We started the day out in Auburn and headed down to King Ferry Winery. Although not my favorite it was my kids favorite. While the grownups enjoyed a tasting, my kids happily played in the kid area complete with toys and fish!!  What is better than a kid friendly winery?  (Apparently on this wine trail some days are family days.)

From there we were headed further south to Ithaca, New York. We planned to take the kids to a science center there, but it is not open on Mondays. We did see the outside area and it looked awesome.

With very disappointed kids we went to Stewart park.  An old park with equipment not often seen these days. The kids had a blast!  My favorite part of this park was the grown up porch swings.  (I don’t know what they are called.)

After wearing the children down, we continued on. We went up the west side of the lake back towards Auburn, since there are more wineries on that side.  Before we made it to another winery we got distracted by another fun playground and a waterfall at Taughannock Falls State park. This place has a very new playground with new equipment we grownups had never seen; so of course we had to test it before the kids tried it!  (For safety purposes…right??) 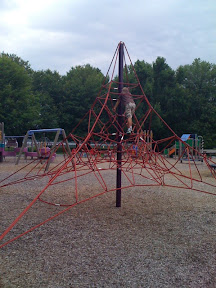 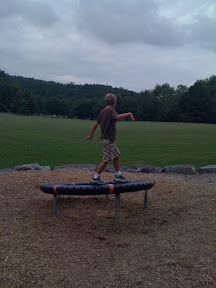 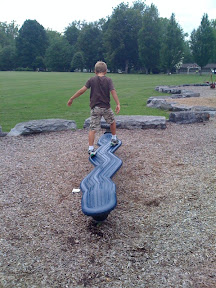 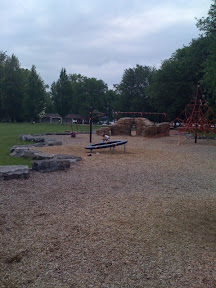 Now that we are all worn out and dizzy we decide to hike to the Taughannock waterfall. This seems like a good idea because the man at the gate told us it was an easy 8th of a mile. Turns out that he must have meant 0.8 of a mile. Huge difference, especially with a three year old. Thank goodness it was a good waterfall. 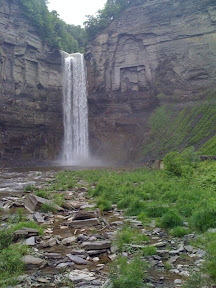 Now that we are done being side tracked we are ready to hit one winery after another. First up Americana Vineyards. This place was awesome and so cute. Their wine was good and their fudge did not disappoint. Even better she gave me a military discount of 50%!!!!!!  I didn’t know she was going to do that or I would have bought a lot more.  I wish we could have tried their cafe. 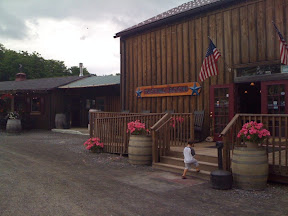 From here we continued to push on to Thirsty Owl. They were closing up so we didn’t get to do a wine tasting here, which was disappointing since this is the winery my sister’s boyfriend was most looking forward to.  He swears the Riesling is fantastic, but I guess I will never know:(.   Despite our disappointment, we gather ourselves up and headed onward to another winery, which will remain nameless since I hated every wine I tried.

Last, but not least Montezuma winery. It is no overstatement when I say we have save the best for last. This is my second favorite winery in the nation, but my favorite wine in America. Their Diamond wine and Fat Frog Red are the best wines I have had.  I find myself day dreaming about a glass of Fat Frog red since I ran out.