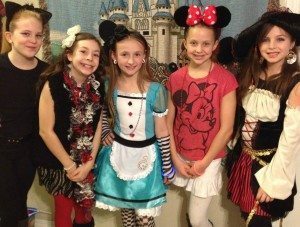 We hosted a DisneySide Villains and Heros themed party a few weeks ago and we had so much fun. Disney sent me a box full of goodies to help get the party started. In there were the food labels you see in some of the photos. And although they had many suggested activities, I kind of took the party in my own direction. I basically took many of my favorite things about Disney: costumes, dance parties, magical food and drinks and threw a party

We had lots and lots of dancing. Everyone had fun playing Just Dance on the PlayStation 4. This is the closest to a Disney DJ leading the dances at Disney World I could do! Lucky for us Just Dance has Let It Go as one of the dances you can do. The first two videos are just quick 6 second vines. The third video has lots more dancing.

Now Just Dance was super fun, but we thought that was just not enough dancing. We transformed our garage into another dance party with black lights and lots of stuff that would glow, like Mickey! 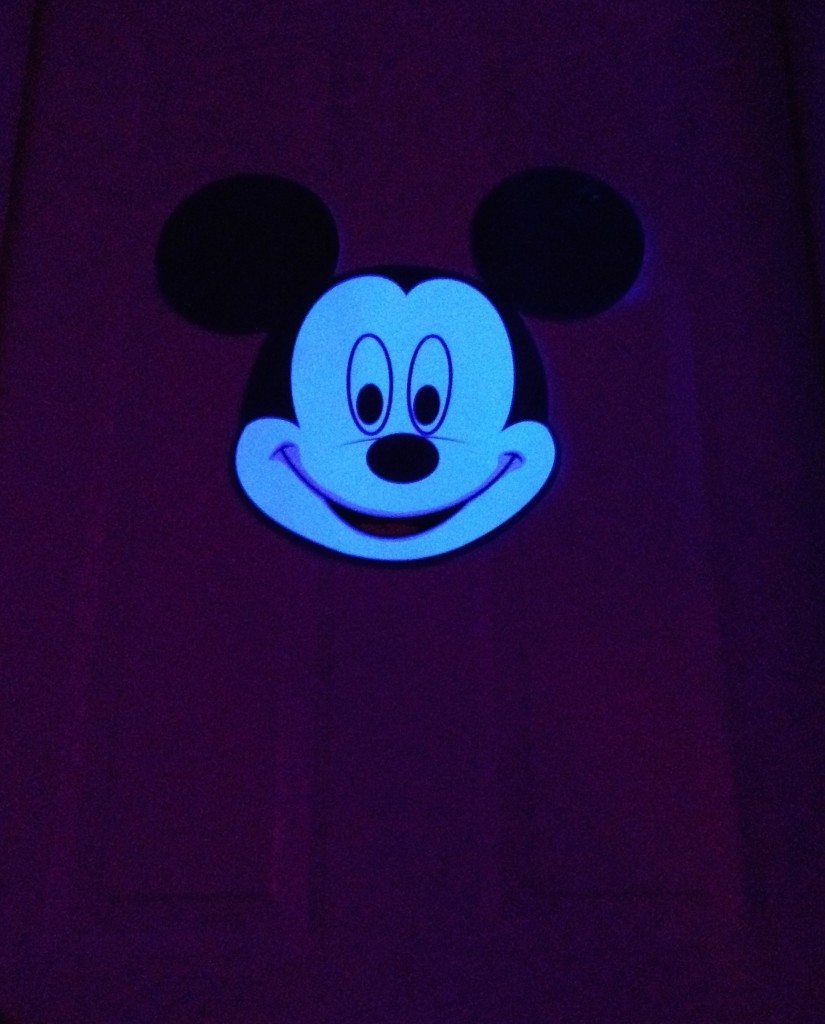 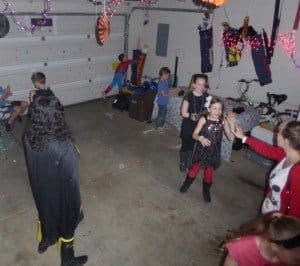 Here is a quick 6 second video showing you the set up.

One of my favorite things about Disney is all of the fun colorful food and drinks you can get at the parks.

Now I can’t create the kind of candied apples I’ve seen in the parks, but I could make my own version. Since we were focusing on villains I made “poison” apples aka candy apples. This was my first time making candy apples and much to my surprise it is actually pretty easy. 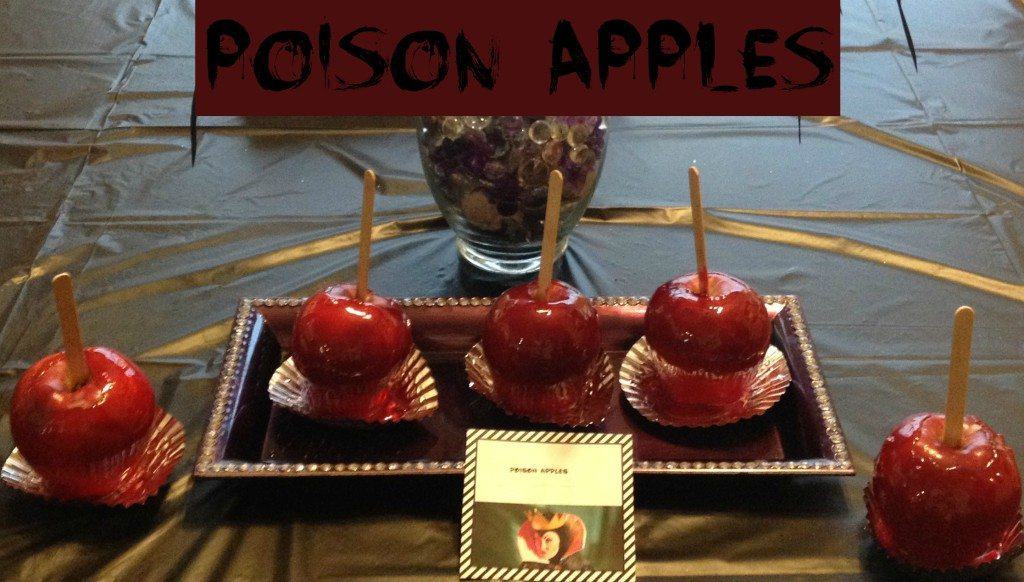 Next up is a festive popcorn that was so simple to make. I will probably be making a version of this from now on for all parties I hosted. I called this Maleficent Popcorn. 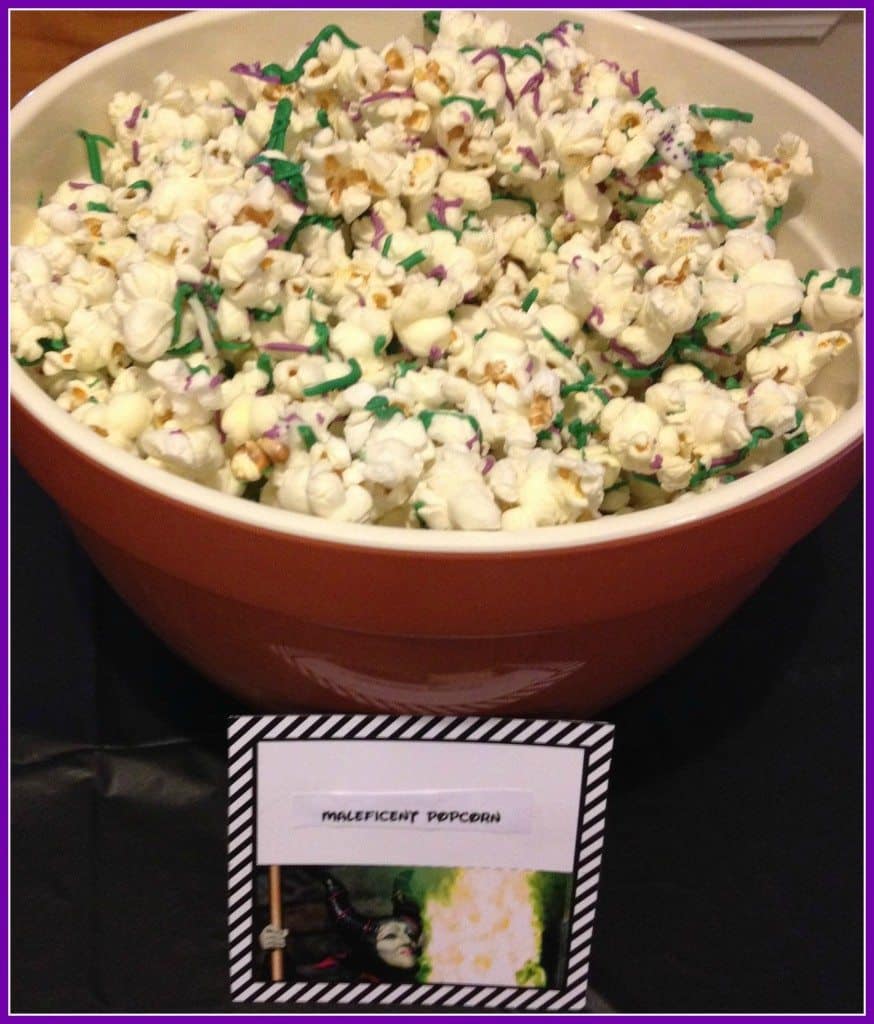 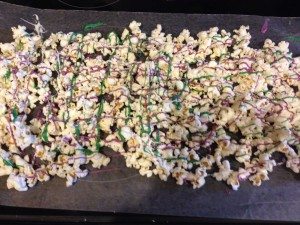 One of the easiest party food items was just getting some green and black Twizzlers. I only wish I had gotten some purple ones too. Do not get to many black ones, because they are licorice and people do not eat them. We decided to cll them Ursula’s tentacles. 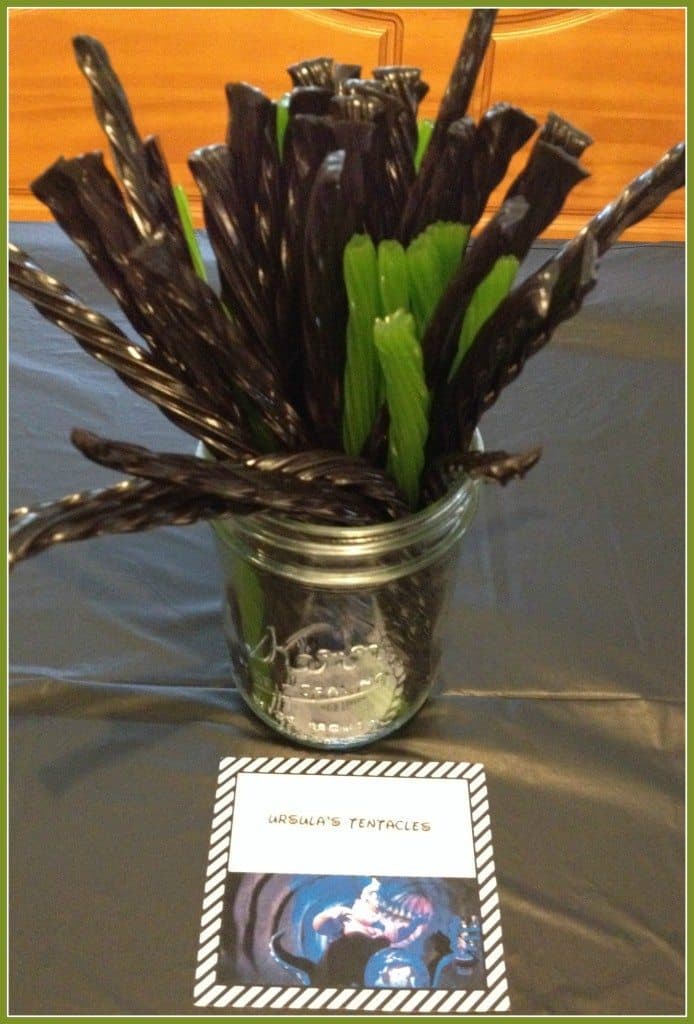 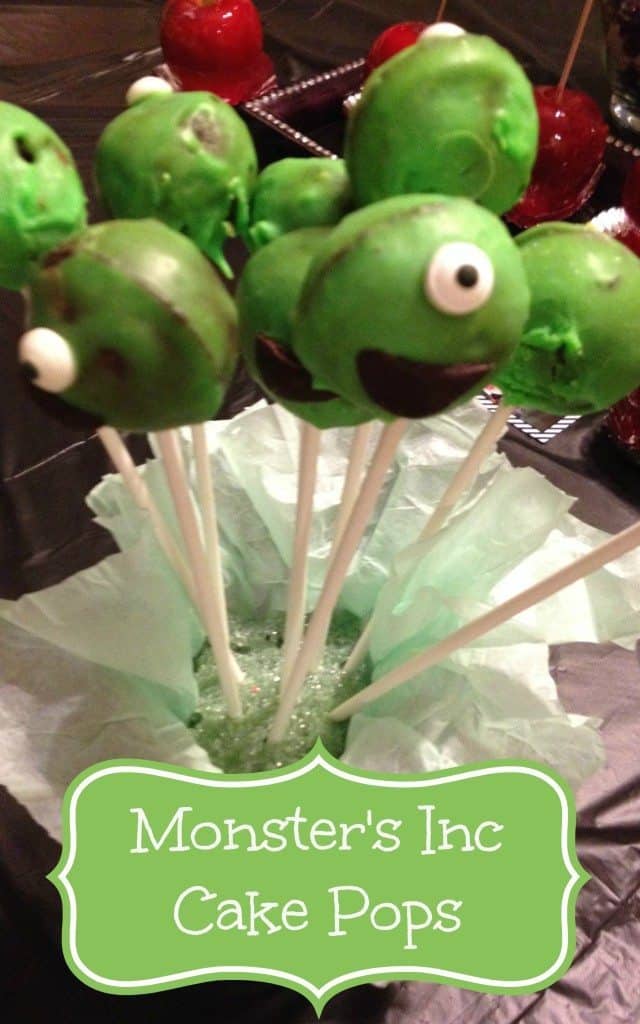 These are Up themed cake cups/cake pops and Mickey Mouse cake pops. 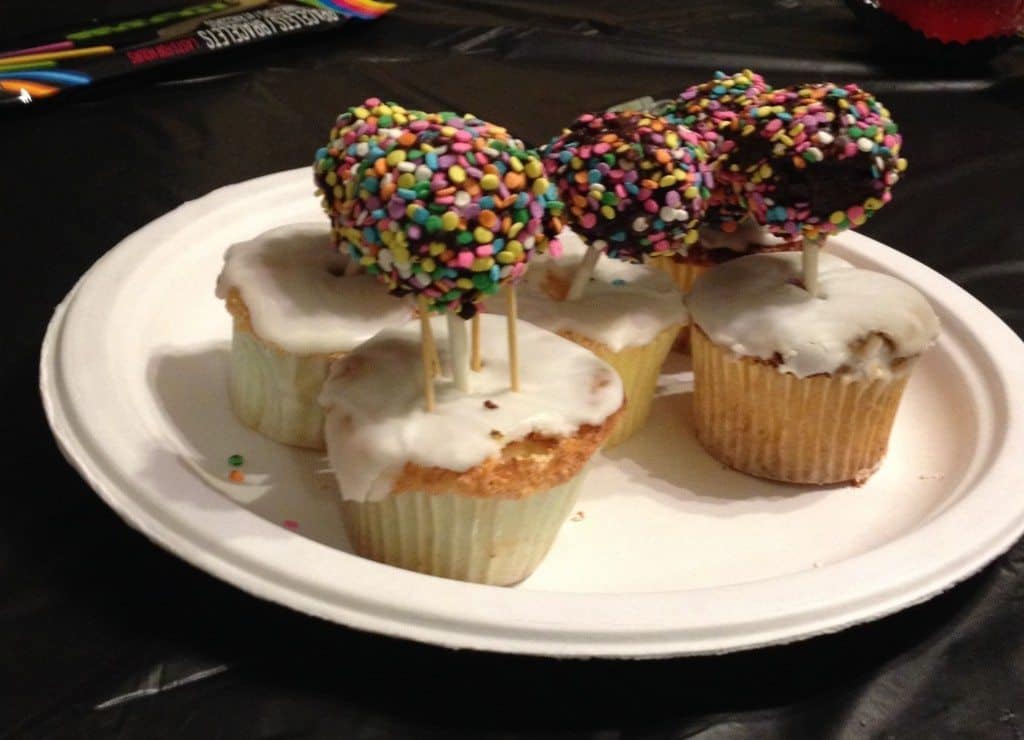 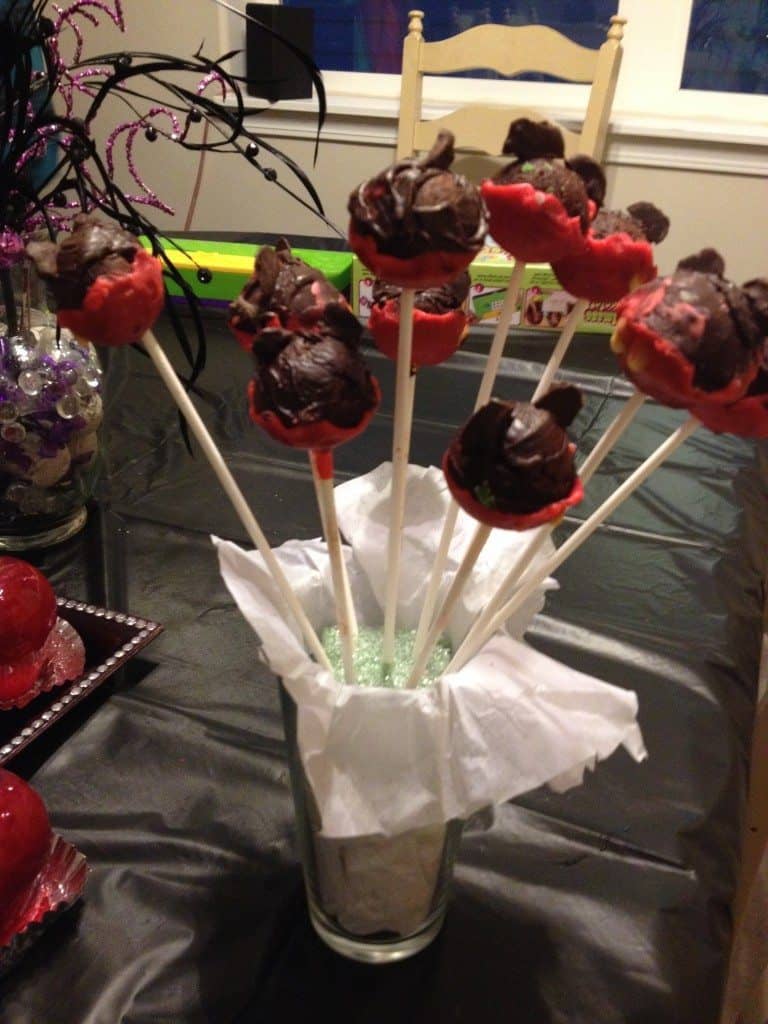 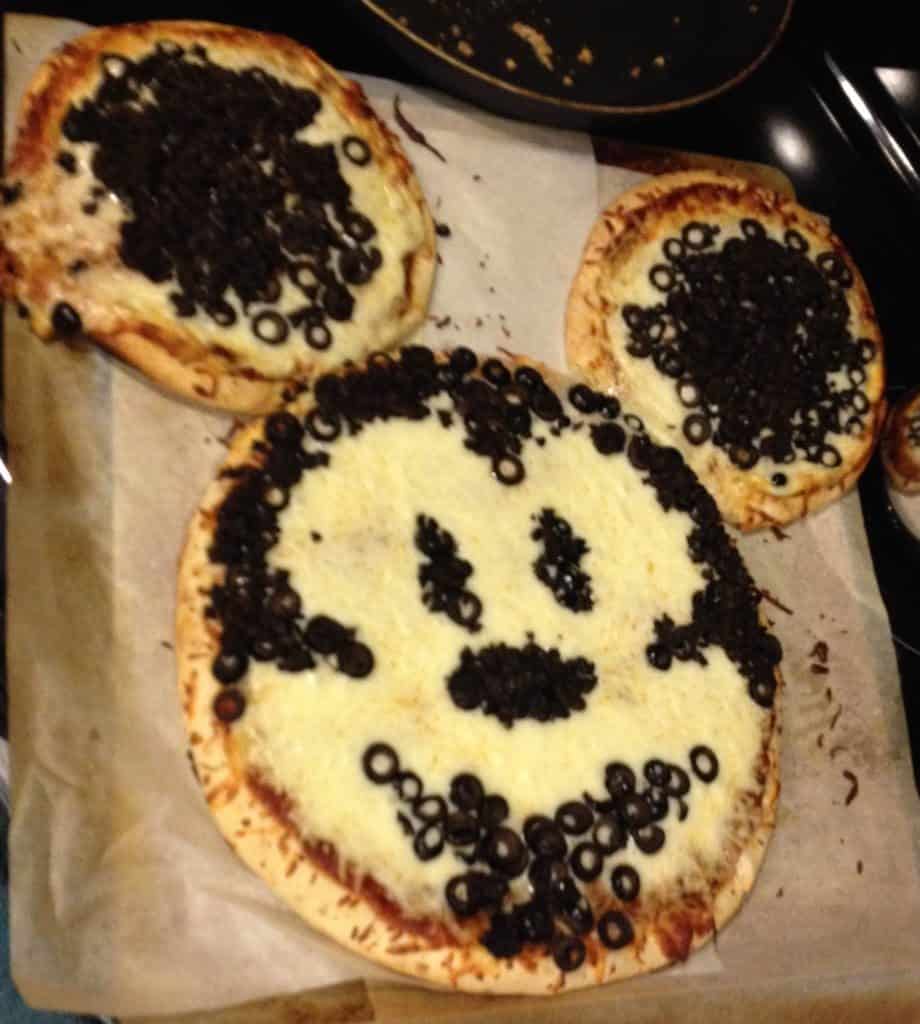 Last, but not least is a nacho bar with homemade salsa. We cannot have a party without homemade salsa or our friends would get upset. 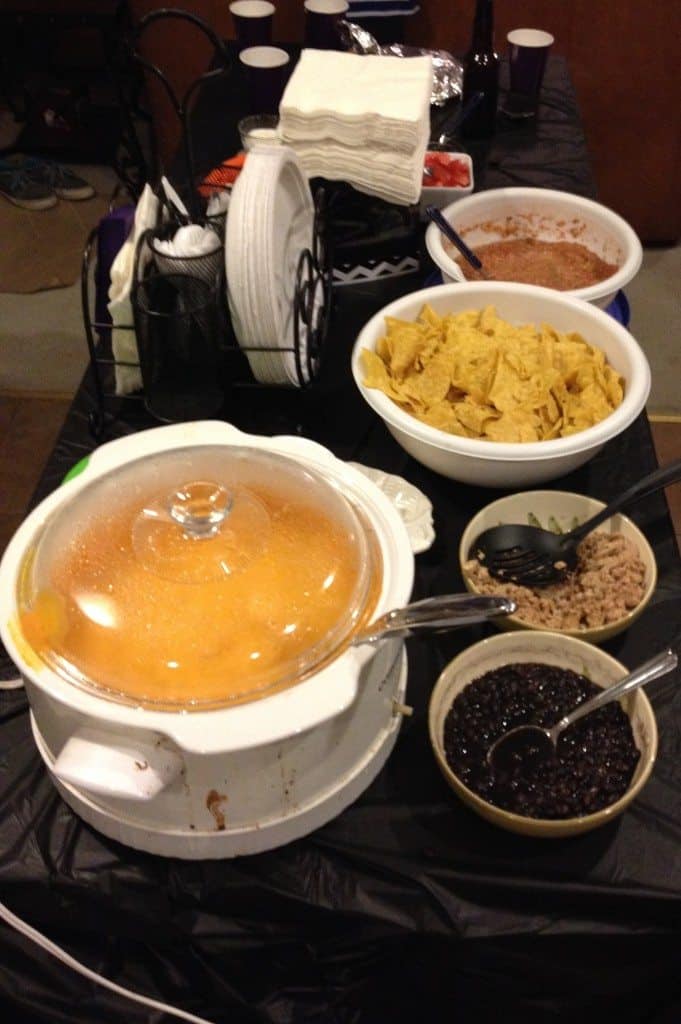 Coming up with some fun Disney-themed cocktails was one of my favorite parts of hosting the party.

This first cocktail was really not much of a stretch. I like Midori and like to drink melon balls. So, I made Maleficent Melon Balls. 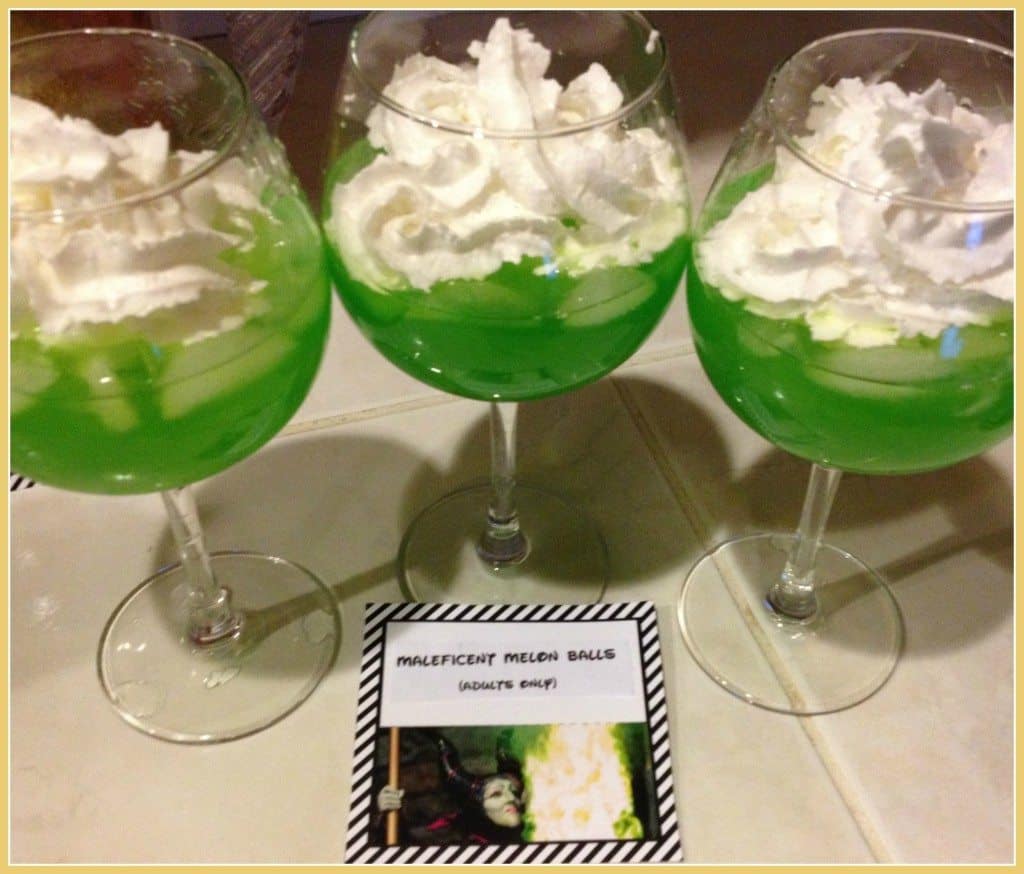 Mix well with crushed ice and top with whip cream. If that is too strong cut it with 2 oz pineapple juice.

Next was Poison Apple Punch which was another huge hit. I dripped leftover candy coating over the apples and around the sides of the pitcher. 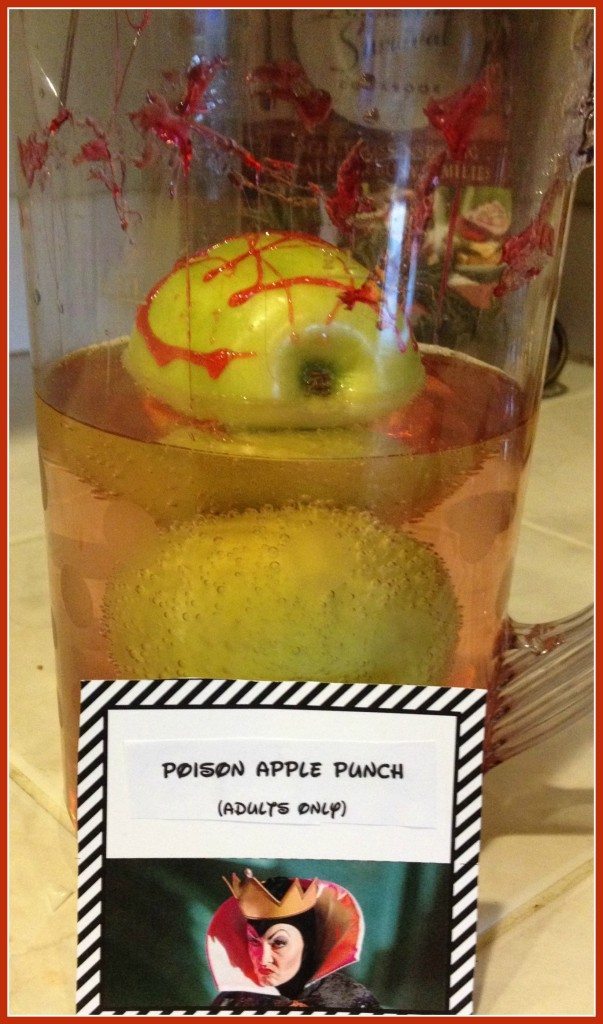 One of my favorite things at Disney is seeing everyone dressed up in costumes. All the cast members go out of their way to acknowledge the kids that are dressed up. So, of course, we had to dress up. I was Woody, my husband was a green army guy from Toy Story, and my son is the man in the mirror. (You know mirror mirror on the wall who’s the fairest of them all?) 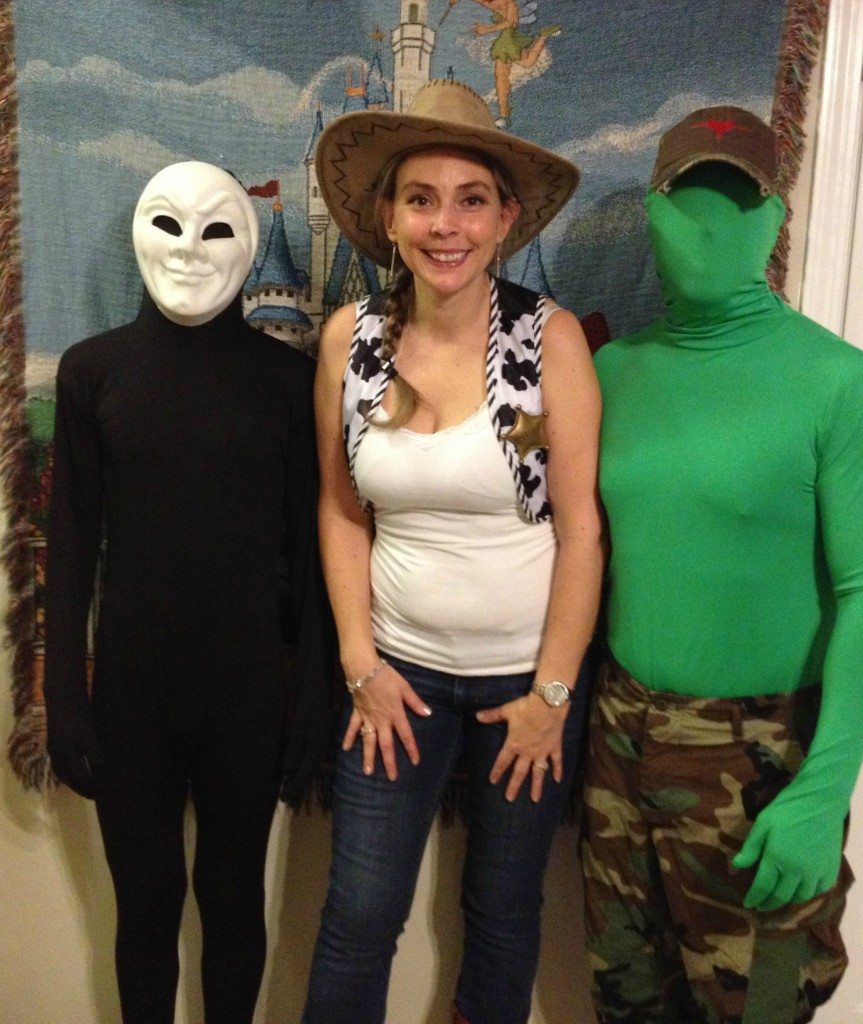 You may notice I have a Disney blanket hanging up as the background in these photos. That blanket is one of my favorite souvenirs from a Disney World trip back in 2009. (I think it was 09) Not only did we have a backdrop we had props too! You can’t have a party these days without a photo booth. Here is Cruella Deville, Alice in Wonderland, a pirate, a cat, and Minnie Mouse poising! 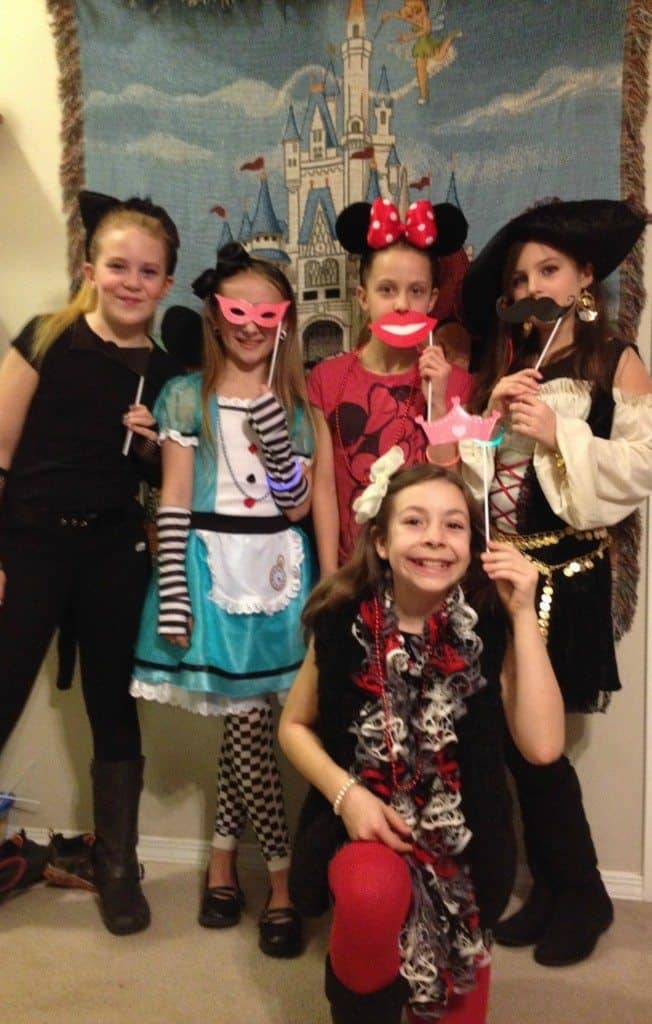 We even had the crew from Frozen show up! 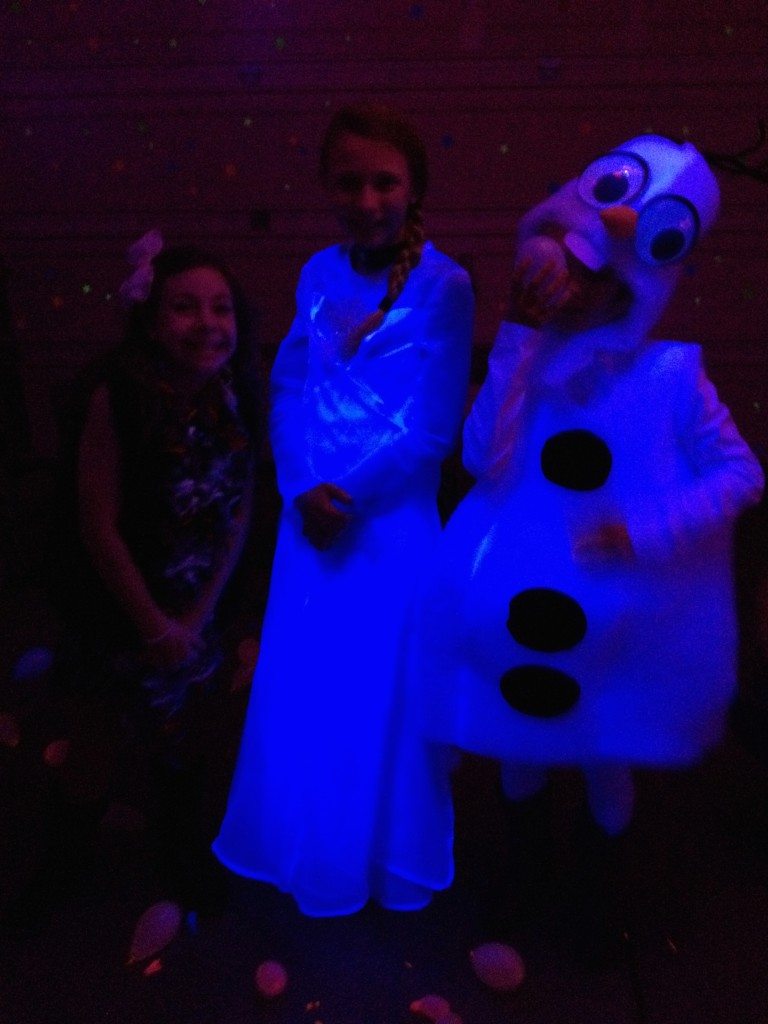 Oh, and not but not least we made bracelets with the bracelet maker Disney sent us! 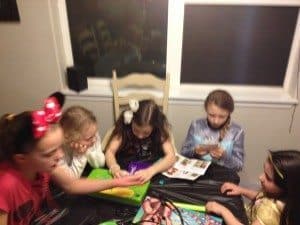