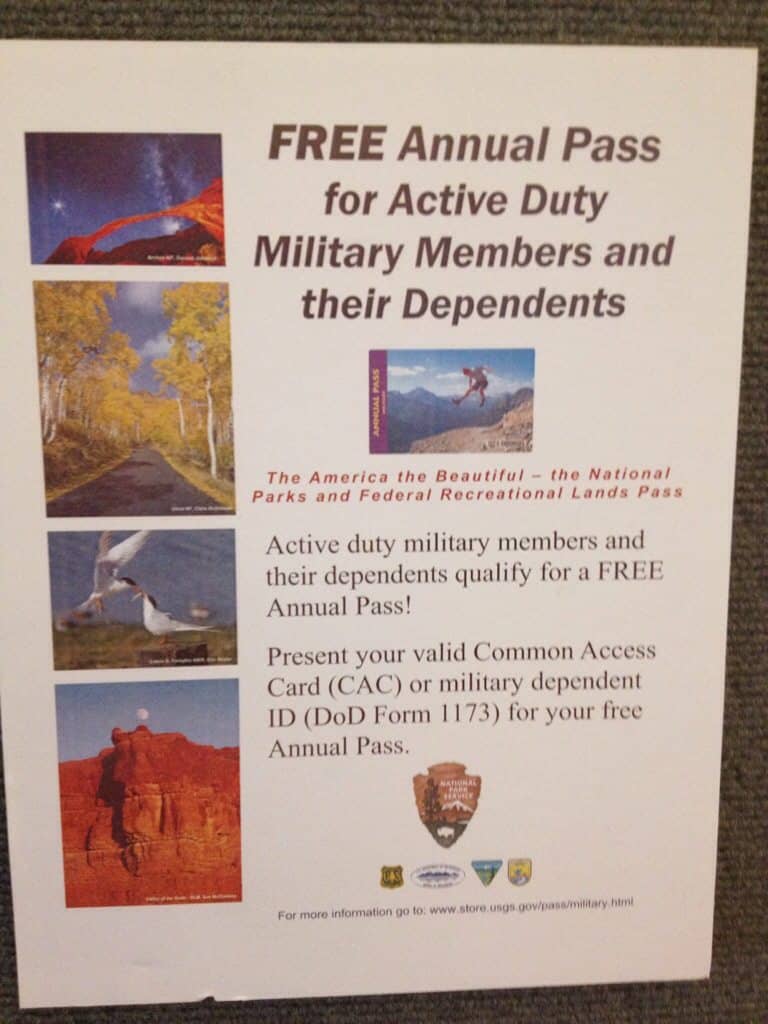 For the last two years in a row we have been given a free National Parks Pass for Military. How awesome is that! When we arrived at a park that required a paid entry we were issued one for free on-site. Once at Lewis and Clark’s near Astoria and once around Newport when we went to see a lighthouse. Most National Parks can ussue one of these passes, but not all of them.

If you are not affiliated with the military there are other times that you can get into the National Parks for free.

Now you may be wondering which park to visit. Some of our favorites are: