There is an amazing German restaurant called the Hofbrauhaus in Vegas that is kid-friendly. The food is good, the portions are large, they have a live band, and the waitresses are giving spankings to the customers.

And if you are wondering, yes, it is similar to the one in Panama City Beach. I think the one in Vegas is much better but not as good as the one in Munich! The one in Munich obviously has better food! We’ve eaten at all three and it never even occurred to me we had until writing this post! 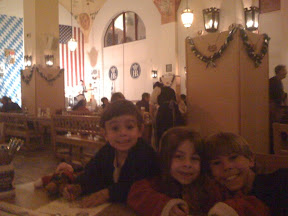 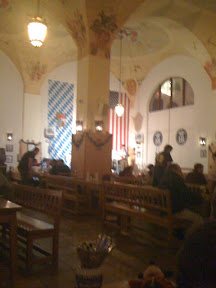 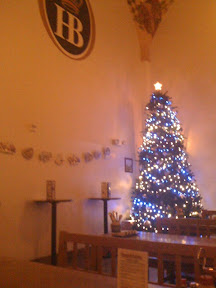 Here’s a guy getting a spanking from the waitress. That’s right, they are spanking adults! I’m not sure why they were doing this. I asked our waitress what the deal was and she said because they asked for one. They would lightly tap them twice and then hit them really hard. At least 15 people did this while we were there. My kids thought this was hilarious. Check out this guy about to get whacked!! 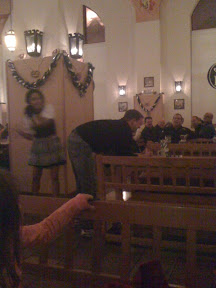 Other than awful service, it’s a fun place to go with kids. Just know you are going to wait a long time for food and that it will be expensive. Also, call ahead of time to make sure a band is playing. This restaurant is 100 times better when there’s live music.