Hohenschwangau Castle is a pretty amazing place. It seems that Neuschwanstein castle is the main attraction here, but this castle was awesome too!

Hohenschwangau Castle or Schloss Hohenschwangau is a 19th-century palace in southern Germany.  It was the castle “Mad” King Ludwig grew up in and lived in while he had Neuschwanstein built. Maximilian II (Ludwig’s dad) actually bought this 12th century castle from the knights of Schwangau in 1832. After Prince Maximilian bought the castle, he had it reconstructed according to the original plans. 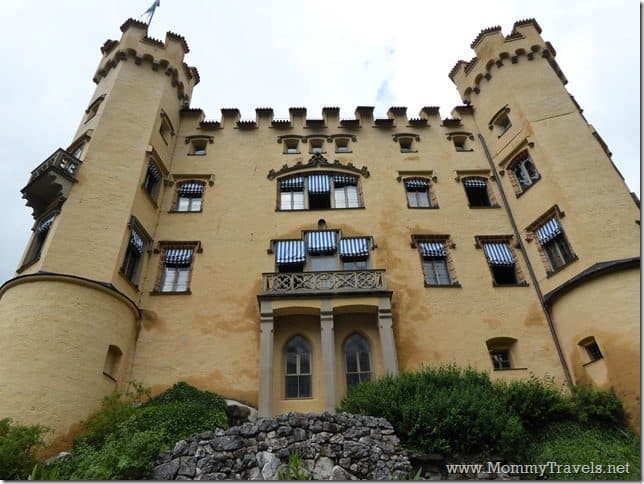 Unlike Neuschwanstein, it is a short easy walk up the hill to the castle. Once you get to the entrance there is a little turnstile that you have to walk through. Now why I am mentioning this? It is because it is a small turnstile and our youngest son did not move out of it in time and a Nun came up behind him, she was apparently in a hurry to get in and he got stuck, because it only turns one way I can not be backed up. Lucky for us he is really skinny and it only took a minute or so to get him out. I must say it was a good thing she was a Nun, because otherwise I would have given her a big sarcastic “Thanks a lot!”. Instead, I just stood there dumbfounded by the whole situation. I’ve never interacted with a nun before. Have you? 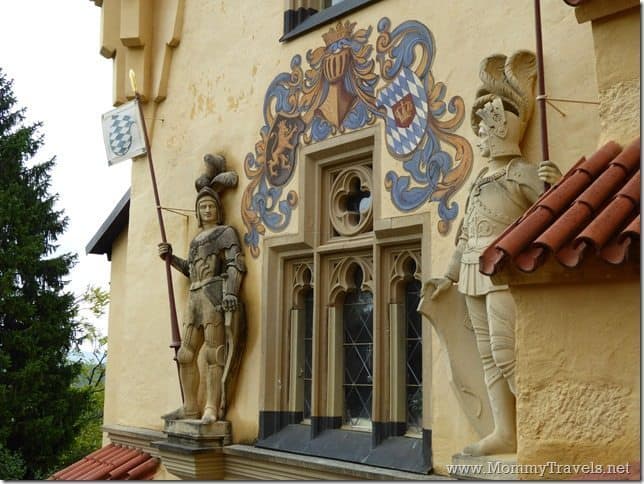 Check out all these great pictures we were able to snap inside the castle with our GoPro! We’re so sneaky. 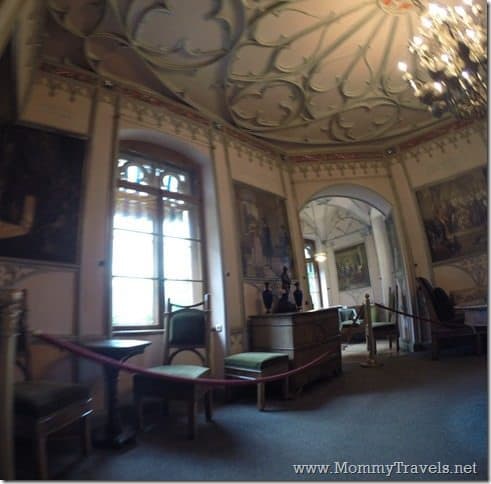 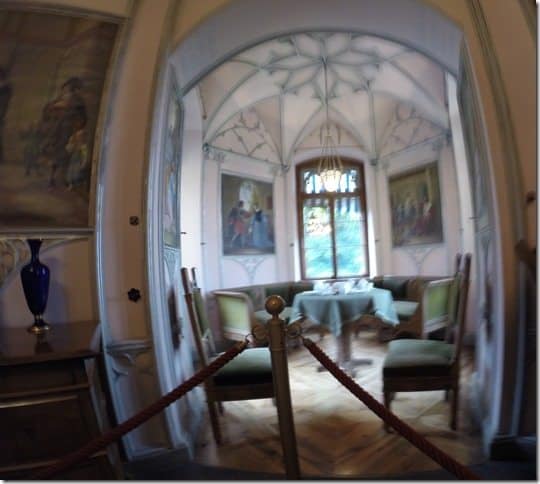 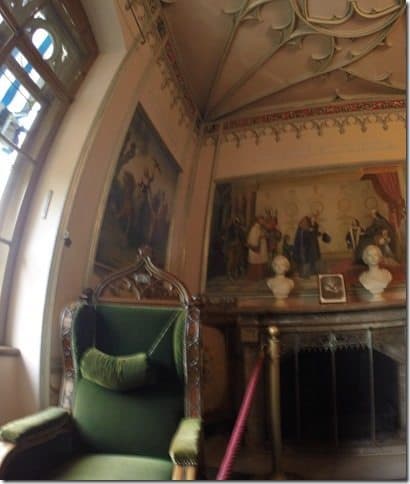 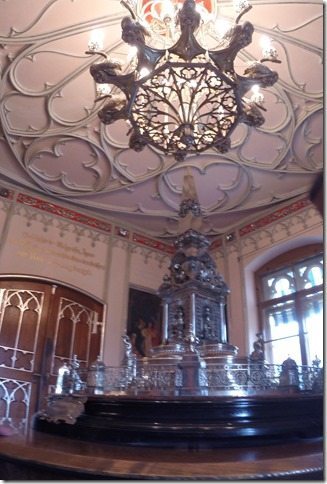 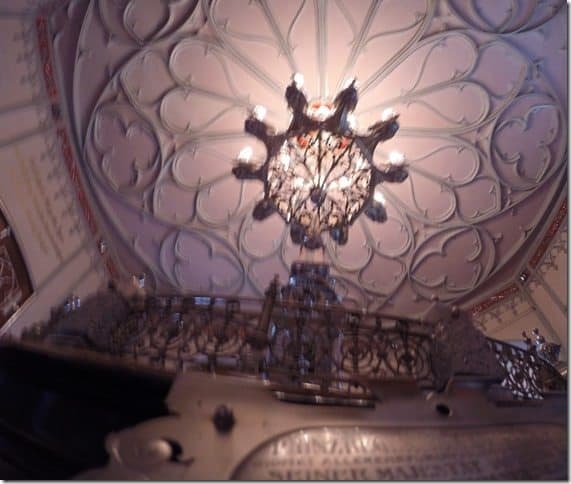 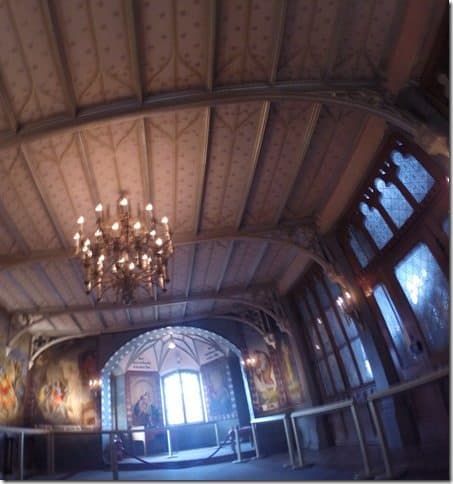 The “Hohenstaufen-room” served as dressing room. But it was King Ludwig II’s music room as well. The piano, which is to be seen in here, was probably the one, the famous composer Richard Wagner used to play, when he visited Hohenschwangau Castle. 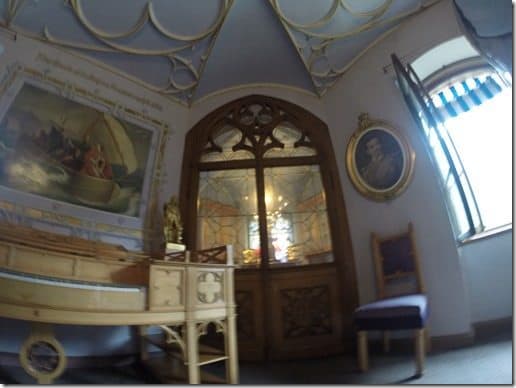 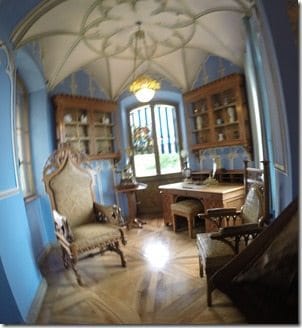 I cannot remember what this thing is, but I do remember all of the jewels on it, rubies, emeralds, diamonds… 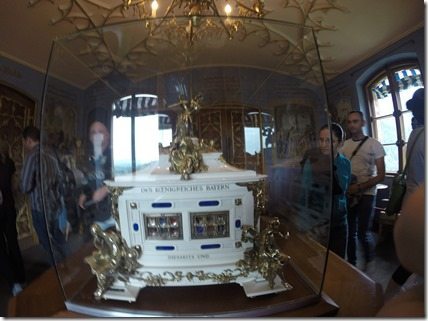 Remember to buy your tickets down in the little village at the huge ticket stand, because they do not sell tickets at either castle. Also, if possible buy your tickets in advance. The line is ridiculous.

We choose to pay 12 euros each to get into Hohenschwangau (the kids were free) and then buy the Mehrtagesticket family pass for 40 euros that gets you into Neuschwanstein, Linderhof, and the Residenze. We knew we would at least do those three attractions. Rick Steves’ Germany 2014 said in his Germany 2014 guide book, that as long as you did three of the attractions on the pass that it was the most affordable option. In our case this was true.

Keep in mind that the tickets for the royal castles can only be purchased in the Ticket Center and ONLY on the day of your visit. Since the number of tickets available each day is limited, high demand can lead to the tickets being sold out in the afternoon. So get there early! 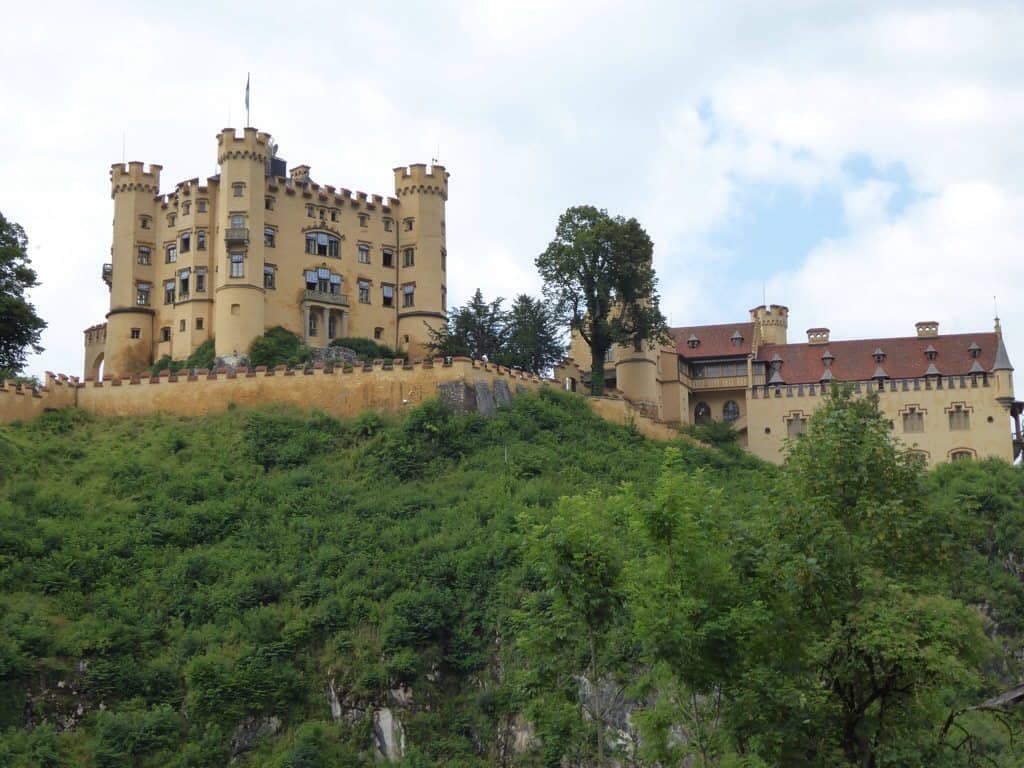 Partnach Gorge an Incredible Hike in the Bavarian Alps 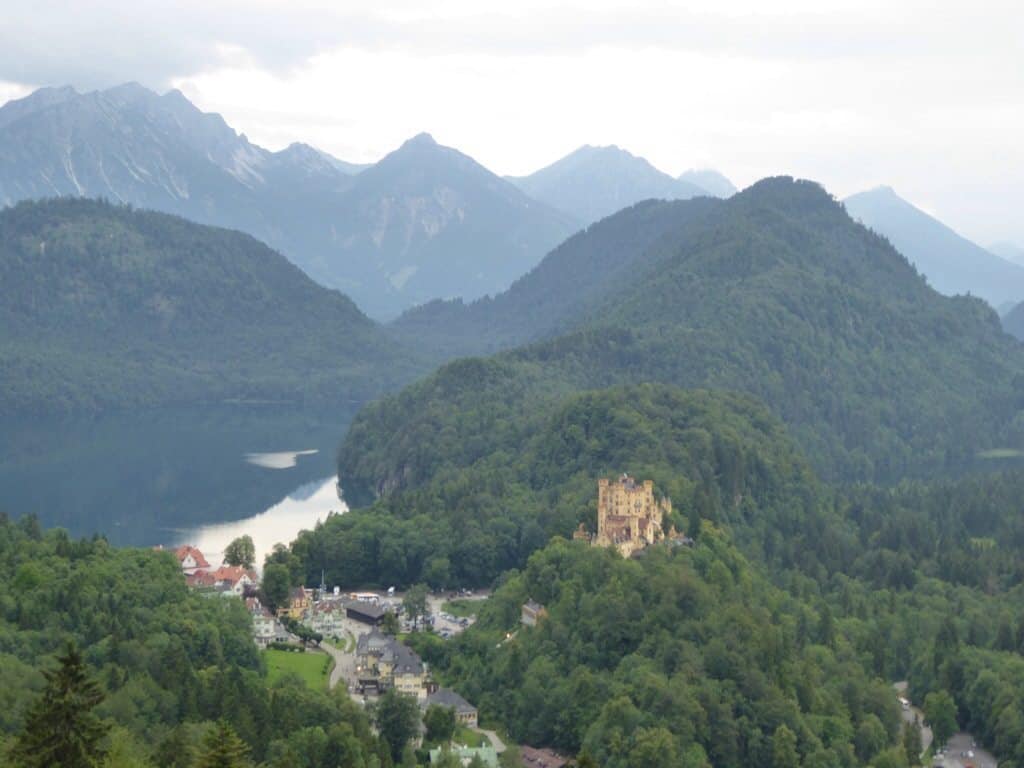