Inside the Roman Pantheon – Rome, Italy

Inside the Roman Pantheon – Rome, Italy 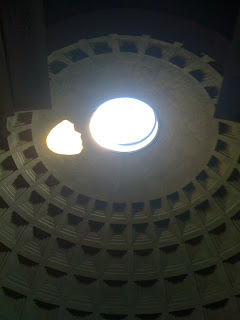 On our European Vacation we went to Rome, Italy.  While we were in Rome we went to see the Roman Pantheon.  It is a must see while in Rome.
The Roman Pantheon is free to get into.  You can only walk around the main room, which is massive and full of art.
We downloaded Rick Steves audio tour of the Roman Pantheon before we went and then listened to it while we were there. I highly recommend downloading his free podcasts.  Instead of paying for an audio tour, because it is a great in-depth podcast in perfect English and it saves your a handful of Euros.
There are no windows inside, except the large Oculus in the ceiling! 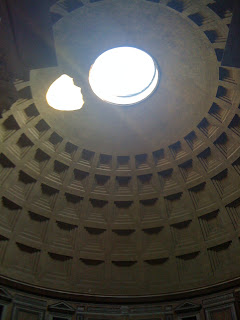 The Pantheon is a former Roman temple, now a church, in Rome, Italy, on the site of an earlier temple commissioned by Marcus Agrippa during the reign of Augustus. The word Pantheon is a Greek adjective meaning “honor all Gods”. The exact age of the pantheon remains unknown. 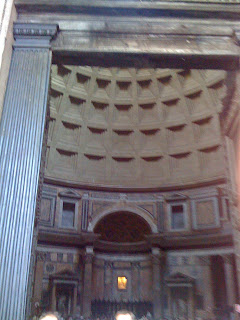 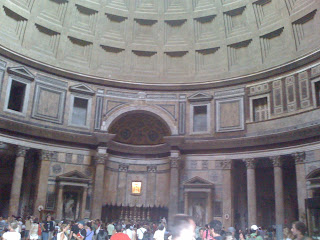 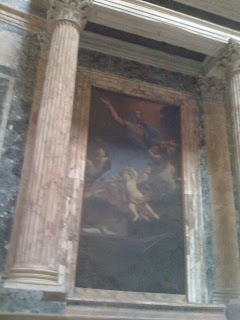 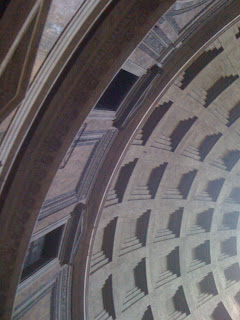 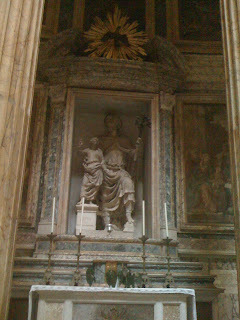 The Pantheon contains the tomb of the famous artist Raphael. 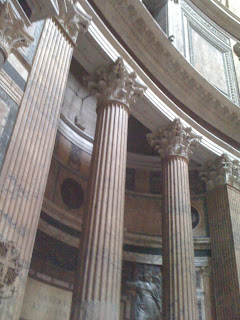 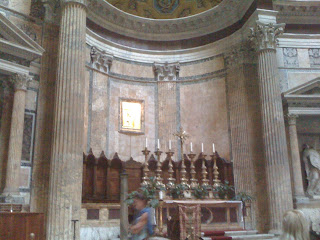 I wish I had taken a picture of the small holes in the floor that the rain drains into. I guess the rain does not cause any damage because everything is made out of marble.

Check out the outside of the Roman Pantheon.