Disclosure: I received a LeapPad 3 for free as part of a promotional program with LeapFrog, but I had the pleasure of using my own money to buy apps for this review. 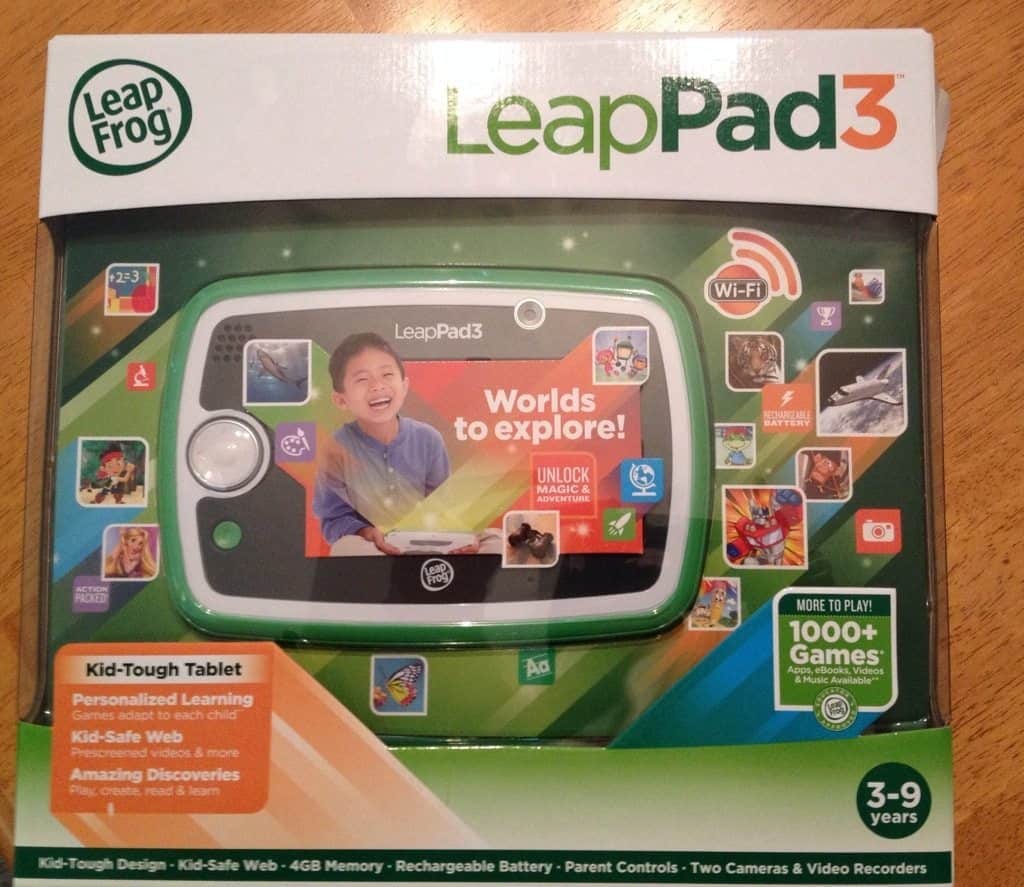 It has been years and years since I had a Leap Frog product. I used to have tons of them, but as my kids have grown I gave them away. My youngest child is 7 and I did not realize that they had products that would suit him when I was ask to review the LeapPad 3. When I saw the age range I thought why not. I always liked their products and I am all about any product that helps him with learning. I also loved the idea of having a hand held learning device that he could travel with, because we travel a lot.

What is LeapPad 3? – It is a high-performance Wi-Fi tablet with a touch screen. Built kid-tough and can handle being dropped, LeapPad3 is perfect for worry-free fun at home or on the go. It features lithium ion rechargeable battery that’s easy to recharge via USB or AC adapter.

What My 7 Year Old Son Likes:

Overall, despite the fact that this says it is for up to age 9 this is not great for older children. My son is 7 and has played with it, but doesn’t really like it. I bought a bundle of apps for it that were suppose to be good for his age, but they are for a kid about 2 years younger than him. So, I felt they were a waste of money. I spent $30 on 4 games and he won’t play any of them.

I have read some other reviews and see that parents with younger children love it.