Magic Kingdom – How to utilize the FASTPASS system!

Magic Kingdom – How to utilize the FASTPASS system! 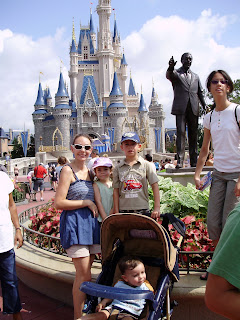 I have so much I want to say about Disney World that it is hard for me to pick a starting place. I thought since the Magic Kingdom is probably the most popular I would just start there. 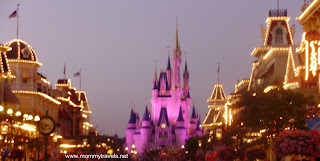 Get there as early as possible.

I cannot stress this enough. You can get so much done the first two hours if you get there at the opening. Think about what you want to achieve and have in your mind a route that will work good for your family. You don’t want to be walking back and forth all day long. We have tried several routes and all worked about the same. It just depended on what we really wanted to do the most. For instance, one time we really wanted to make sure we got on the Buzz Lightyear ride. This is my kids favorite ride. So, as soon as we made it through the gate we headed straight there to pull fast passes ( will explain this later ). Because there was no line we were able to pull our fast passes for a good time of day and then immediately get on the ride and then get on the ride again. We got to ride it three times that day! So, it really paid off to hustle over there.

Disney offers Fastpasses for specific rides. When you arrange your trip you are allowed to select Fastpasses in your MyDisney account. Once you have tickets you can make selections as early as 30 days before you arrive—starting at 7:00 AM Eastern Time. If you are staying at a Disney Resort on property you can make your FastPass+ selections up to 60 days prior to check-in for the entire length of your stay.

You pick which rides you want a Fastpass ticket to and you are assigned a time to ride that specific ride. While you wait, you can go enjoy other attraction, then when the time comes around, return to that ride and you get to cut the line. This is a necessity for the rides in Fantasyland in the Magic Kingdom. There are many rides at the Magic Kingdom that have fast passes. Buzz Lightyear, Space Mountain, Peter Pan, Winnie the Pooh, Splash Mountain, Thunder Mountain Railway, and the Jungle Cruise. For a three minute Peter Pan ride, the lines can be over an hour. Children + Waiting in Long Lines = Not Fun. Using the Fastpass system instead will save you hours of standing in line.

There are also fast passes for Carousel of Progress and the Philharmonic show, but DO NOT waste your fast passes on these rides. There is never a line to do either of these.
Remember to consider who can ride the ride before select your Fastpasses. For example, my daughter is not tall enough to ride Space Mountain, but my son is. So, we will select two fast pass tickets for it, one for me and one for him. Then we will go up and get a rider switch card (will explain this later). My son and I will use the two fast passes to ride first and then the other adult will use the rider switch card to ride the ride with my son. That way everyone gets to ride the ride without the wait time.
Make the most use out of time by deciding how many fast pass you need for each ride. For example, both of our children can ride Splash Mountain and Thunder Mountain Railroad. But my friend and I cannot ride at the same time because my toddler cannot ride. So, we choose two fast passes for one ride and then two fast passes for the other ride. Then we get a rider switch card for both rides. Now we don’t have to stand in line for either ride because we have fast passes and the switch card. Even though we have to switch off riding the ride we still get both rides done in the same amount of time it would have taken to stand in just one line.
Now if we were riding Peter Pan, Winnie the Pooh, or Buzz Lightyear we would have to choose four fast passes because we can all ride the ride at the same time.
Remember that at the Magic Kingdom your toddler or baby can ride almost every single ride in the park! My son was about a year and a half the first time we took him and he was able to ride all the rides except for 4 of them.

How to Get More FastPasses

Once you have used one of two of your Fastpasses you can pull up your Disney app and select more Fastpasses! How great is that. If you do not have the app, don’t worry. They have kiosks in the park where you can make new selections.

Disney offers a child swap program at certain attractions. Ask a cast member about which rides offer it. The idea is that both parents can ride on a thrill ride, when their child cannot. One parent rides, while the other waits with the child, then they swap. Without having to wait in line twice.

If you have a young child with you that can not ride the ride or doesn’t want to ride, walk up and ask for a rider’s switch card. To do this you go up to the fast pass return place for that specific ride. Let them know you need a card. They will want to see all of you to verify who is riding first and who is riding next. They also want to see the kid that makes you eligible for the card. It is that easy. And the best part is you get to use the fast pass lane with that card.

It can be tough to stay all day when you start early, but if possible stay for the fireworks show. Consider leaving for lunch and coming back in the evening, especially if the Magic Kingdom is having the Extra Magic hours at night the day you are there.

Lunch At The Pool

To break up the day and not to get overwhelmed, go to a park in the morning as I suggested at the beginning. Then at lunchtime, go to your hotel, grab some food sit by the pool for a few hours. To get refreshed, shower and change, then head out to another park at night.

All about Animal Kingdom