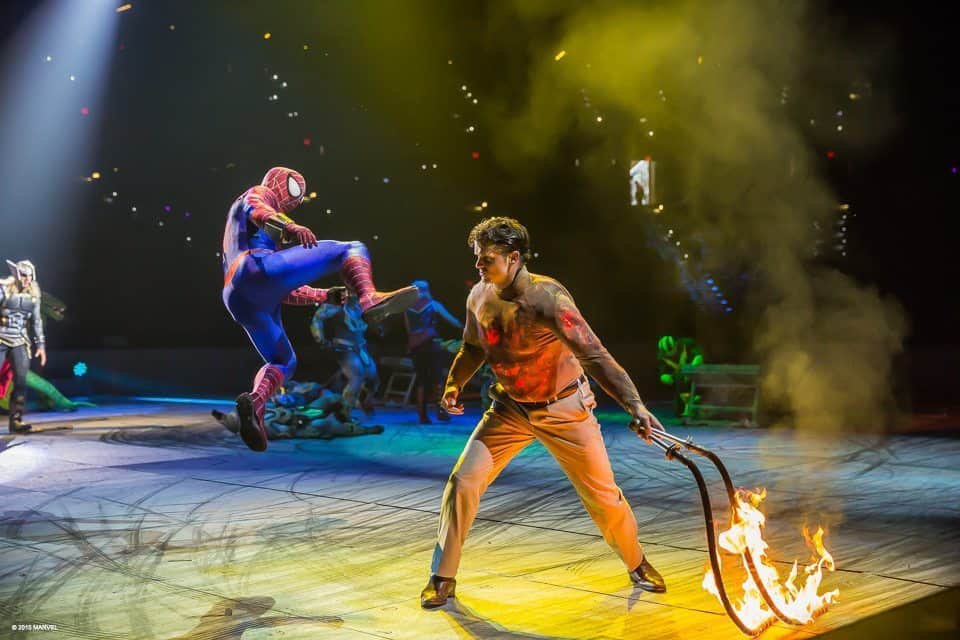 Marvel Universe Live is excellent! It was non-stop action and the stunts were awesome. It is basically a stunt show from beginning to end.

Last night I took 2 of my kids to see Marvel Universe Live along with 3 of their friends when the show came through Portland. They were ages 8, 9, 10, 12, and 12.5 and every single one of them were completely enthralled. The show is around an hour and 45 minutes long including intermission and the entire time they kids sat there mesmerized.

The story line was good and did a great job weaving in all the various characters. We saw Spider-Man, all of the the Avengers including Thor, Captain America, Hulk, Black Widow, Hawk eye, Nick Fury and Ironman. Some of the X-men were there too including Wolverine, Cyclops, and Storm. Plus, there were tons of villains in the show like Loki, Doc Ock, Green Goblin, Cat Women, and Aldrich Killian. Also, Captain Marvel was part of the show. I’ve never even heard of this gal and neither had the row behind us or in front of us!

I must say it wasn’t just the kids that were totally into it. I was pretty mesmerized myself. I have never seen someone set on fire before in person. When they said there would be “Unique pyrotechnics” they were not kidding! I’ve seen this done on tv, but man, to see this in person was incredible. It was cool, yet super scary. 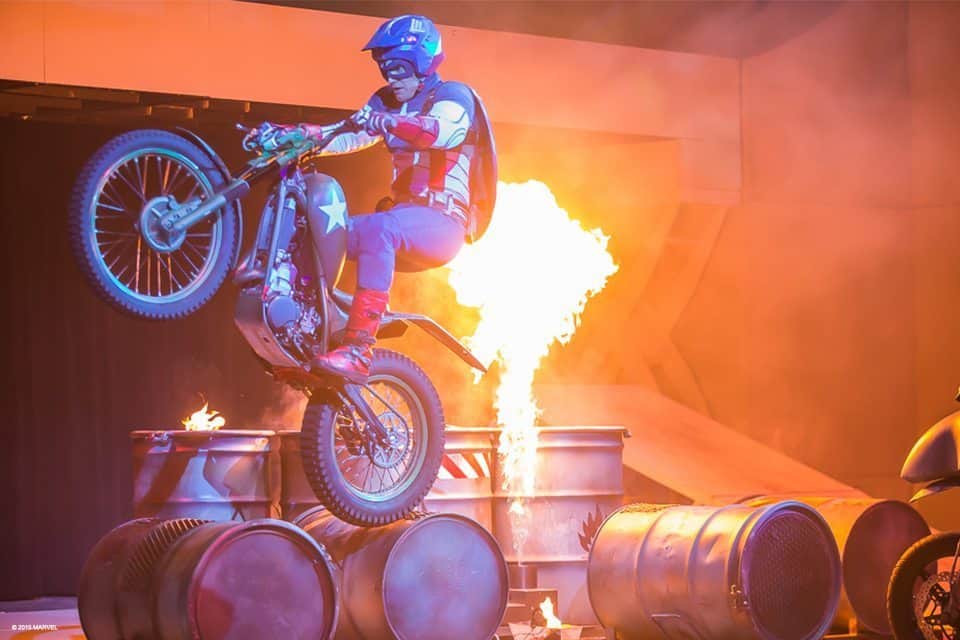 This video can summarize the show much better than I can. It will give you a solid idea of the epic live battle you will see.


Now you might be wondering, “Is this just a show for kids?”. Going into it, I expect a good show, but not a great show. I definitely thought it would be a “kid” show. I was wrong! This is a show for anyone who is a super hero fan. The entire row behind us were adults with no kids and they were so excited. Every time something epic happened, they all just went crazy. These people were definitely major Marvel fans and they were thrilled with the show too.

The stunt people in this show played their characters so well. Their mannerisms were just like the actors in the movie. The sets were huge and changed constantly throughout the show. I really have to give a special mention to whoever it is playing Spiderman, because that guy was all over the place. He was flipping around, flying out over the audience, hanging upside down. He was always doing something. His gymnastics skills were so good I regretted not bringing my 15 year old with us, because he would have loved that.

Find tickets to a Marvel Universe LIVE! show near you!

Disclosure: I am a Feld Family Ambassador. Feld Entertainment provides tickets to their shows in exchange for my time and efforts, attending shows and reporting my opinion. Opinions are a 100% mine.