When Europe was mired in the Dark Ages, across an ocean the Mayan peoples of central America were mapping the stars and mastering mathematics and geometry. They were planning cities and laying out their pyramidical temples to mimic the heavens, devising the idea of zero, trading goods in the southern U.S. and into the Amazon, and sacrificing themselves in cenotes and in the fearsome ballgame.

Central America was a hotbed of knowledge and culture, and although the Mayan civilization collapsed before the Spanish Conquest of Mesoamerica, their lost cities remain buried in the jungles of the Yucatan in Mexico and are an irresistible lure for tourists. The three most visited archaeological sites in Mexico are all Mayan: Chichen Itza, Tulum and the sprawling metropolis that was Teotihuacan. 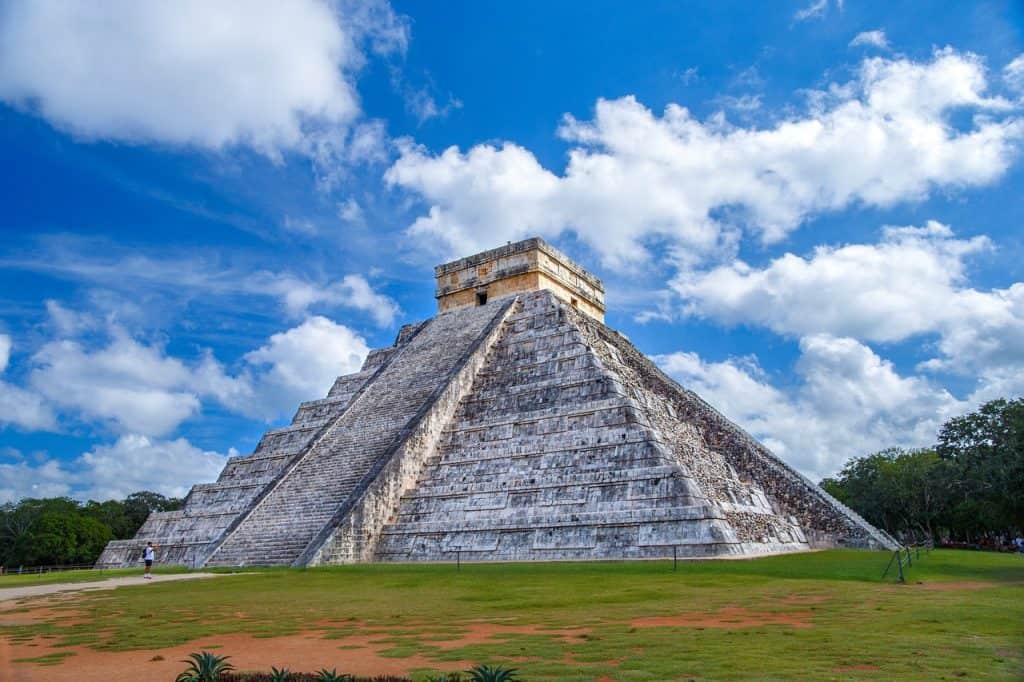 Three hours and an easy bus ride from Cancun, Chichen Itza is the second most popular archaeological site in Mexico, not only for its soaring architecture, but because of the amazing scientific prowess of the Mayan people. During the spring and fall equinoxes, the north stairs of the giant Temple of Kukulkan, also known as El Castillo, come alive as a plumed snake-shaped shadow crawls down the steps in a masterful display of engineering, astronomy, and art to mimic and honor the great feathered serpent.

Chichen Itza’s astronomer-engineers also melded science and geometry in El Caracol, or the Observatory, whose dome is peppered with windows that frame important stars at different times of the year. The city is also graced by the largest ball court in Mesoamerica, which was extravagantly decorated with carved reliefs depicting dignitaries, ball players, and human sacrifice. Chichen Itza dominated the region until around 1250 A.D., when it fell into decline and was eventually abandoned.

Be sure to visit the nearby cenote while in the area, Cenote Ik Kil (Chichen Itza)! 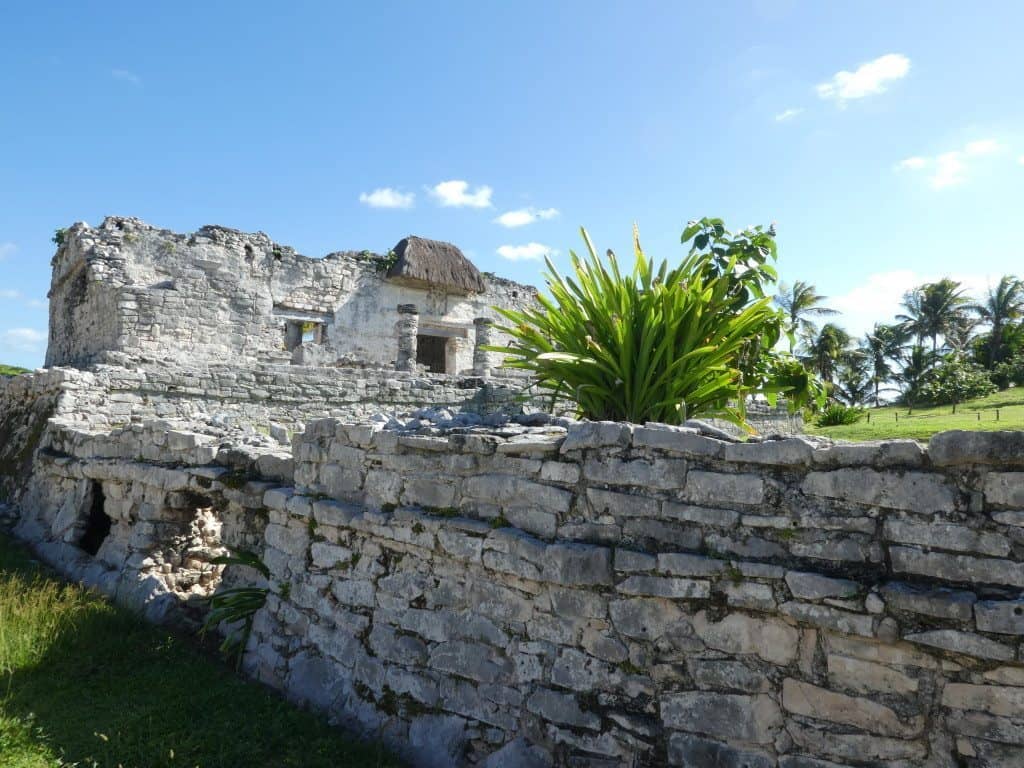 Also accessible from Cancun is the ancient city of Tulum. Perched on a 12m cliff above the Atlantic Ocean, the fortress city was an important site to worship the Mayan Diving or Descending God, and unlike many Mayan cities was still inhabited during the Spanish Conquest, although it was abandoned around the end of the sixteenth century. Tulum’s Temple of the Frescos shelters rare Mayan painted artwork whose colors are still bright, which depict the Diving God coming down from the heavens and the Corn Goddess. It was also a major stop on a trade route that stretched up and down the coast, from South America to the southern United States. Tulum is the third most visited site in Mexico.

The most visited archaeological site in Mexico, however, isn’t Mayan – or rather, it’s not just Mayan. There is evidence that the huge city of Teotihuacan, which lies approximately 40 km northeast of Mexico City, housed not only Mayan peoples, but also Mixtec, Zapotec, and Nahua in distinct neighborhoods. The name ‘Teotihuacan’ was bestowed upon it by the Aztecs after the fall of the city, and it means means ‘the birthplace of the gods’ since Teotihuacan features in the Aztec creation myths. Within the city, the broad Avenue of the Dead is flanked by the massive Pyramid of the Sun (the third largest pyramid in the world) and the Pyramid of the Moon, who are aligned so that noon and midnight could be pinpointed with startling accuracy.

The Mayan architects who designed the city aligned it on a precise grid exactly 15.5 degrees east of north, but astronomer-engineers weren’t the only artists inhabiting the great city – massive amounts of pottery were manufactured and Teotihuacan was known for its obsidian fetishes and tools. Its massive population and economic clout made it the most powerful city-state in Mexico at that time, and its influence stretched from the highlands to the coast. As with most Mayan cities, humans were sacrificed to the gods in order to ensure that the city would prosper, but even that failed and the city fell into decline sometime in the 7th or 8th centuries, seemingly due to long droughts, food shortages, and peasant uprisings.

The engineering feats of the Mayan peoples continue to awe and mystify the modern world. From the Great Feathered Serpent’s shadow that slides down the steps of El Castillo in Chichen Itza to the Pyramid of the Sun in Teotihuacan, Mexico’s ancient wonders should merit a modern pilgrimage for any tourist in Mexico who is looking for something a little more meaningful than sunny beaches and endless bottles of tequila.

More About the Quintana Roo Area

Where to stay in Quintana Roo:

Should You Get Travel Insurance?

Don’t forget travel insurance! I’m a fan of Travelex insurance, because of the variety of options. Protect yourself from possible injury & theft abroad. I have gotten extremely sick twice now out of the country and Noah has had seizures in other countries, so I always recommend getting some sort of coverage. Read more about why you should always carry travel insurance here.

If you are looking for a car rental I recommend getting the car at the Cancun Airport. It will make things easier. This entire area is easy to drive around in. Get a Cancun car rental for $11 a day!