Do you own a Mini Cooper?

Have you heard about Mini Takes the States? 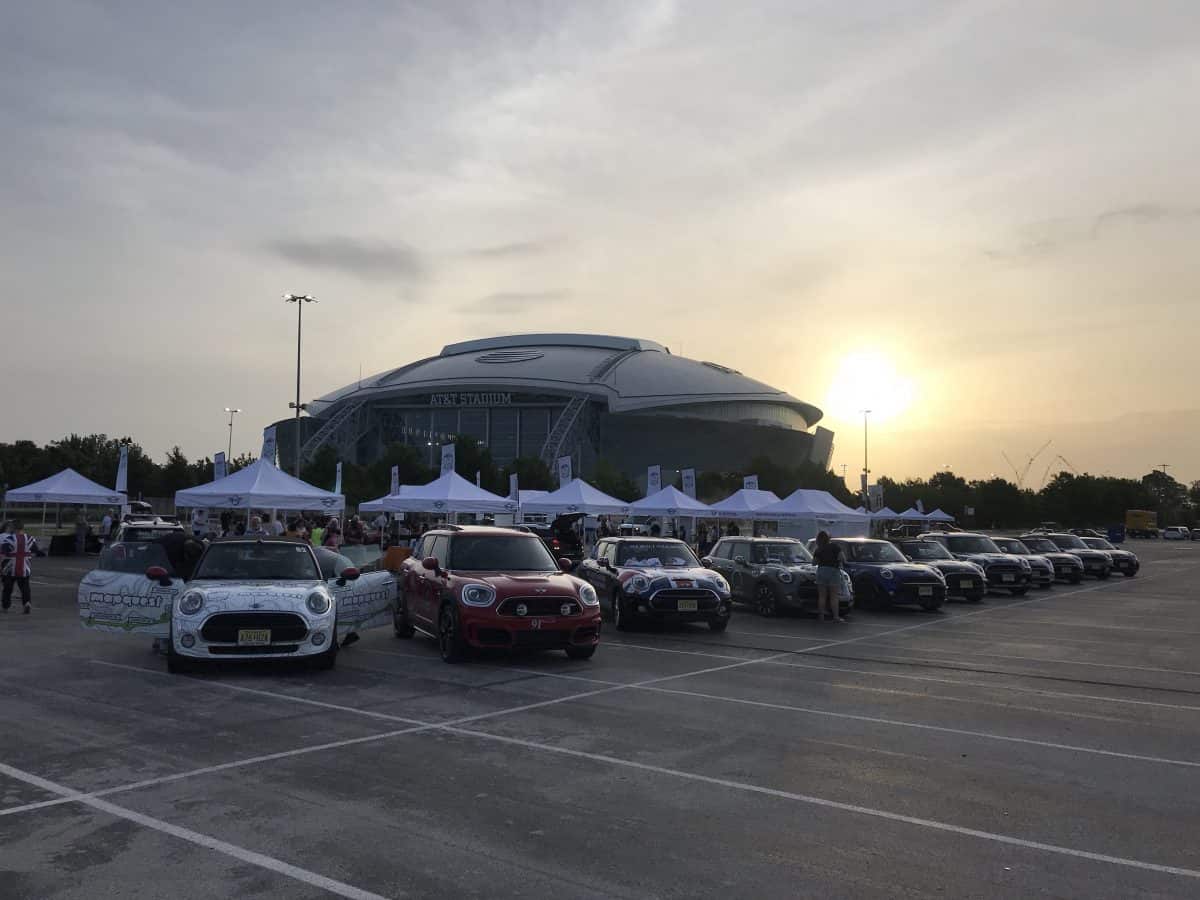 For 2018 there were two routes, one from the East and one from the West. They meet in the middle, which this year was Colorado.

I missed the initial kickoff of the even, since the kids and I were still in Europe, but I managed to fly into Dallas for the last six days of the trip. Our drive was 895 miles and included:

Participants have to sign up and buy a ticket. The ticket gets one person into the morning rally with breakfast, kids 12 and under are free.

Each morning kicks off with a Rise & Rally in a parking lot. There mini owners enjoy breakfast and hanging out with each other. I was so excited for my first rally. I had no idea what to expect. I got all dressed up in my new yellow dress and of course the event is totally casual. Now, you might just recognize my drive partner. It’s Nik Miles from Our Auto Expert. Somehow he once again convinced me to drive hundreds of miles with him. 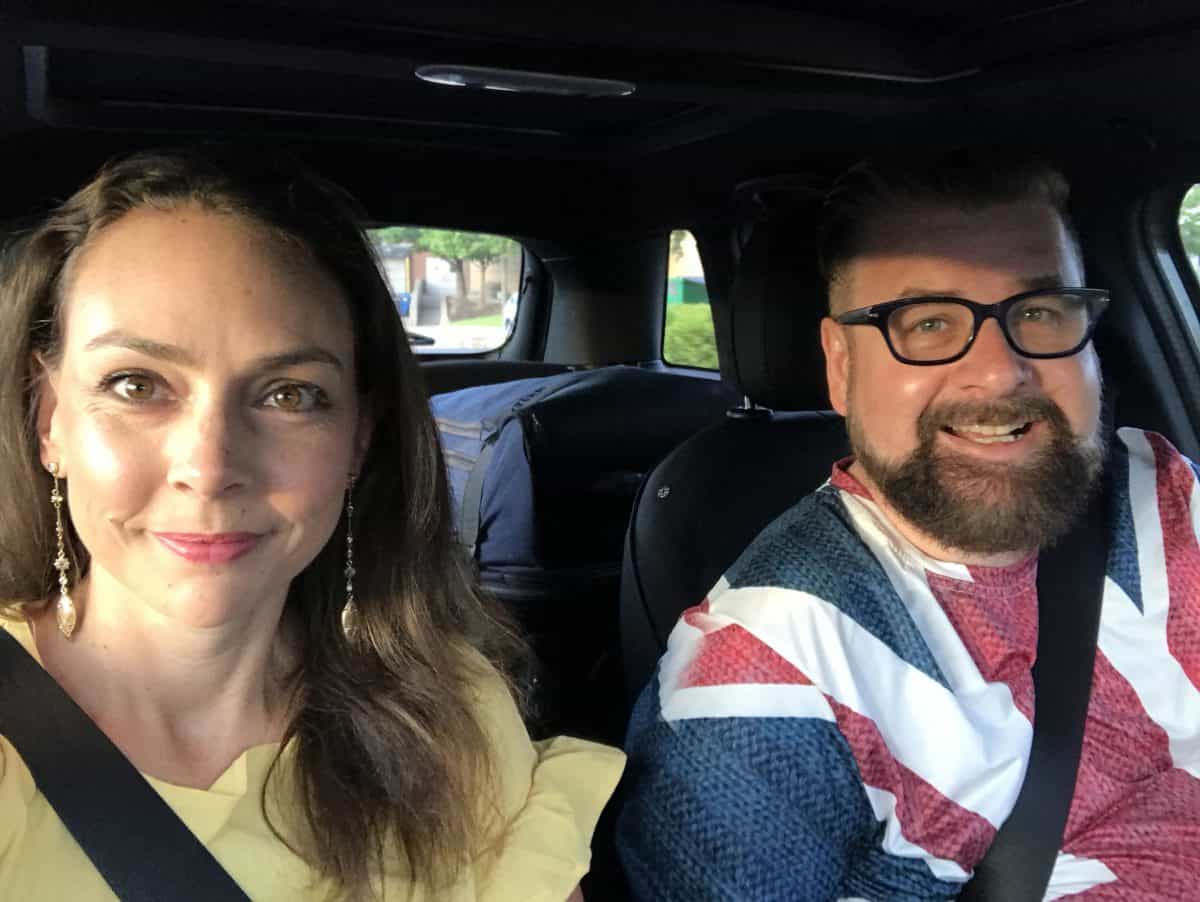 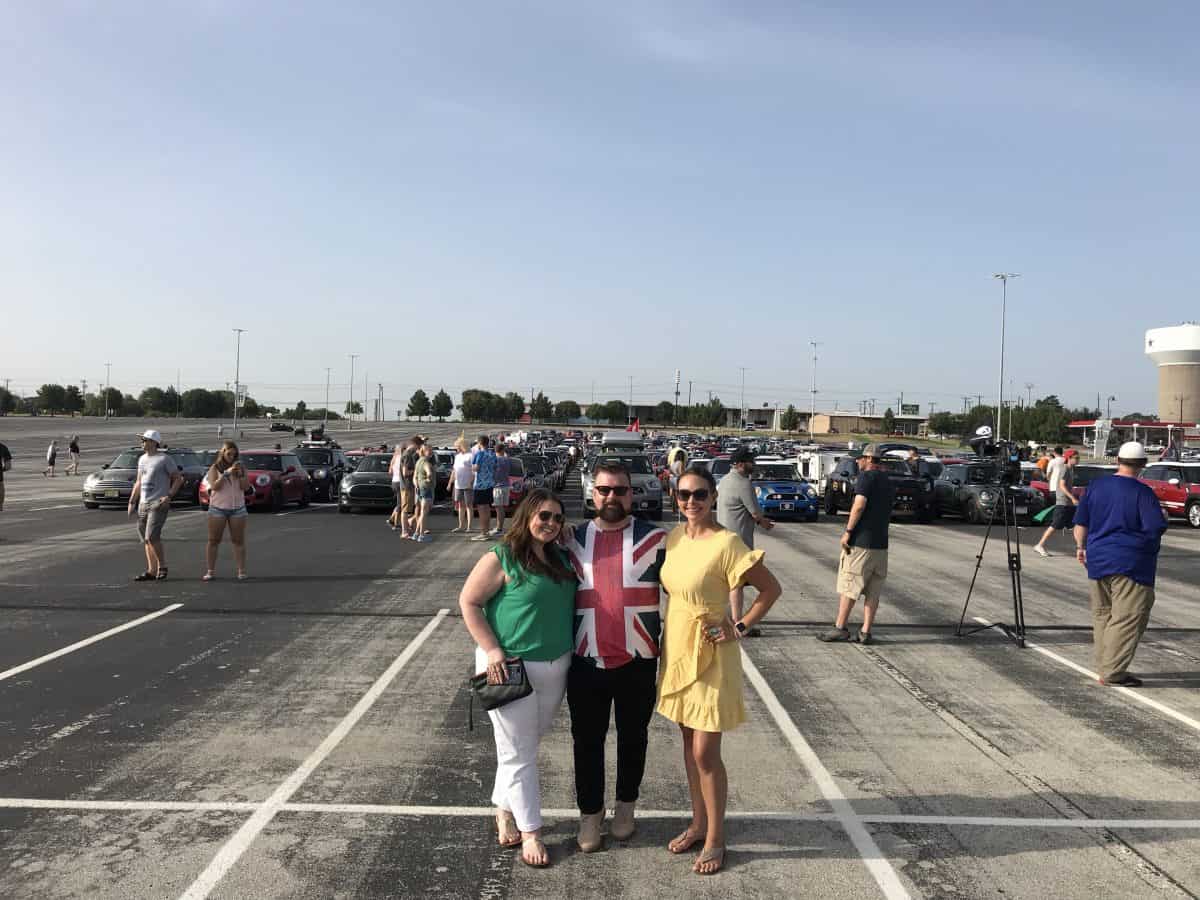 This was my first time driving a Mini Cooper and I must say I was pleasantly surprised. For such a small car it has an awfully might get up and go.

I simply cannot take a road trip without doing some things along the way.  We managed to shop, dine at some excellent restaurants, go on a drive through Safari, white water raft, and more.

North of Texas, and about an hour south of Oklahoma City is the Arbuckle Wilderness Center. They have a drive through Safari where you can feed the animals. We saw zebras, a rhino, camels, llamas, a kangaroo, and more. 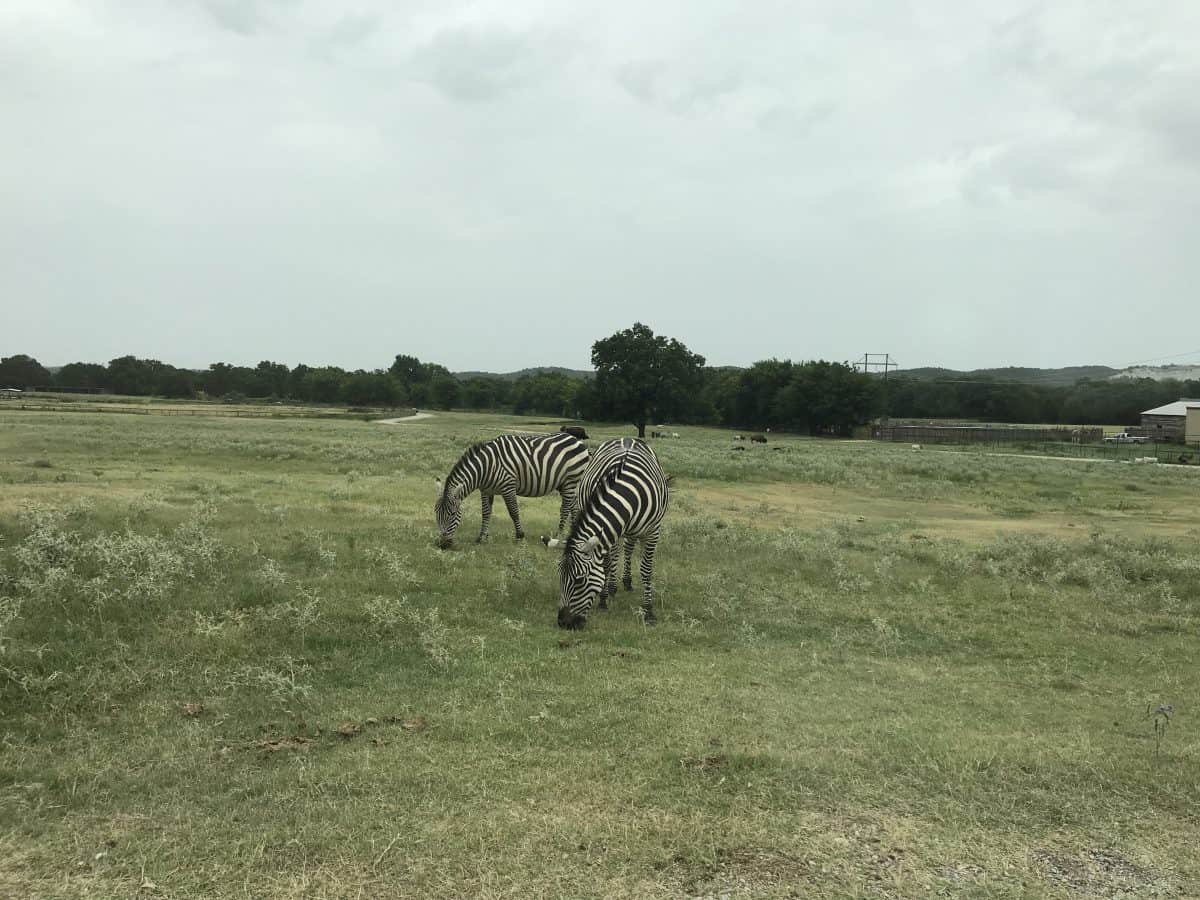 In Oklahoma City we ended up finding a phenomenal restaurant for dinner, Kitchen No. 345. That’s where I had this super sophisticated Unicorn martini. 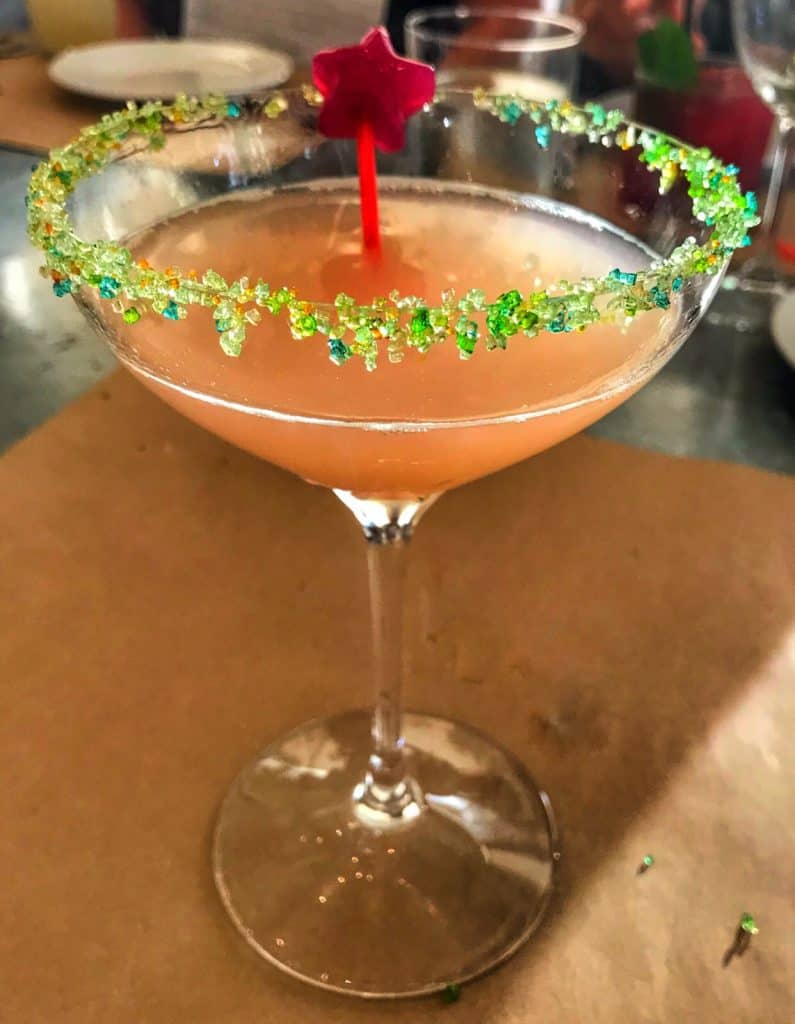 Near the restaurant is the memorial for the victims of the Oklahoma City bombing. It’s a must see if you are in the area. 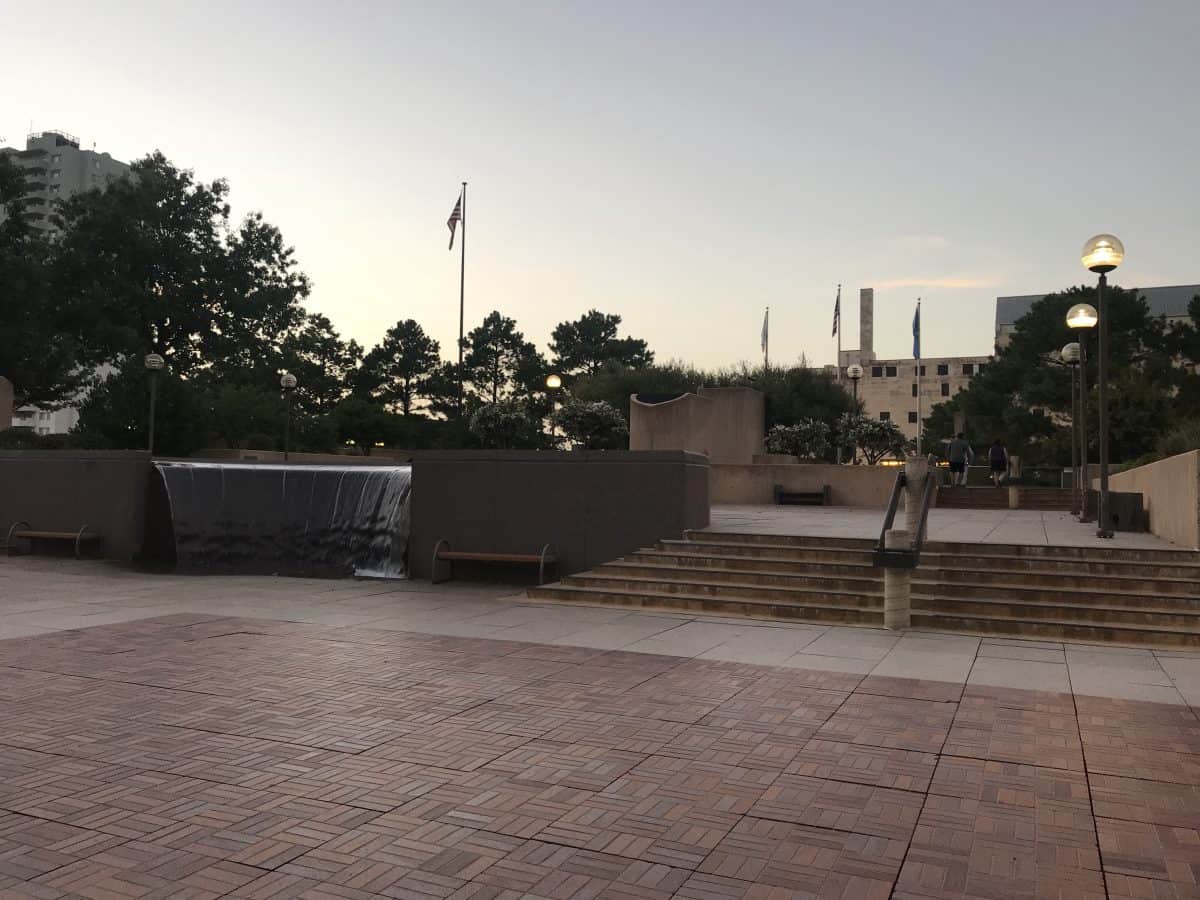 Day 2 started out the same way, just in a different city. Today we are rallying in Oklahoma City and then heading to Dodge City, Kansas. I spotted a tent on top of one of the Mini Cooper’s at this mornings rally. Which made me wonder if I would sleep in a tent on a car….would you?

After the rally I surprised Nik with our activity for the day, white water rafting in Oklahoma City. Riversport Rapids is a man made white water rafting facility. We had to make a quick stop at Walmart before we went, because Nik didn’t have a bathing suit.

Now you maybe wondering how is that possible, well they have a man made $45.2 million rafting facility and it’s a lot of fun. 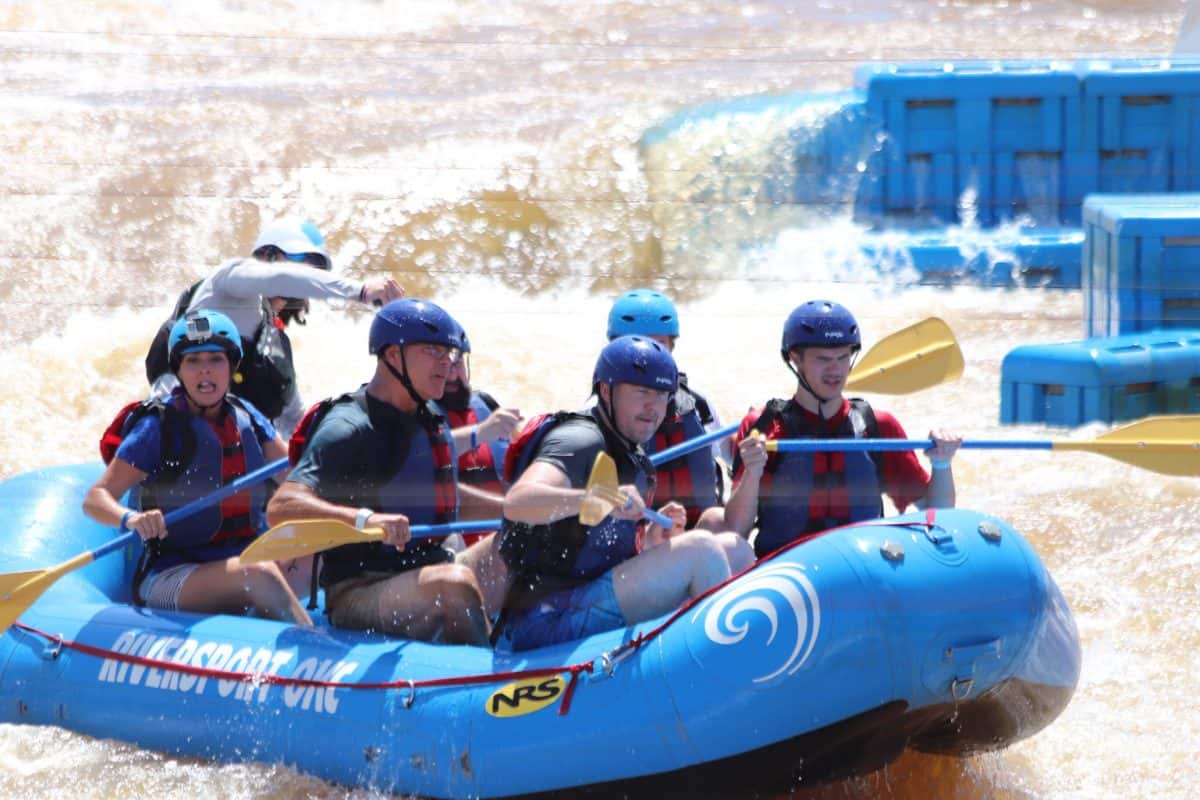 You are required to wear secure footwear; no flip-flops or sandals without a back strap are allowed. I wore tennis shoes, but I saw people wearing all kinds of shoes.

Kids are allowed to raft as long as they are 8 years old and weight over 50 pounds. 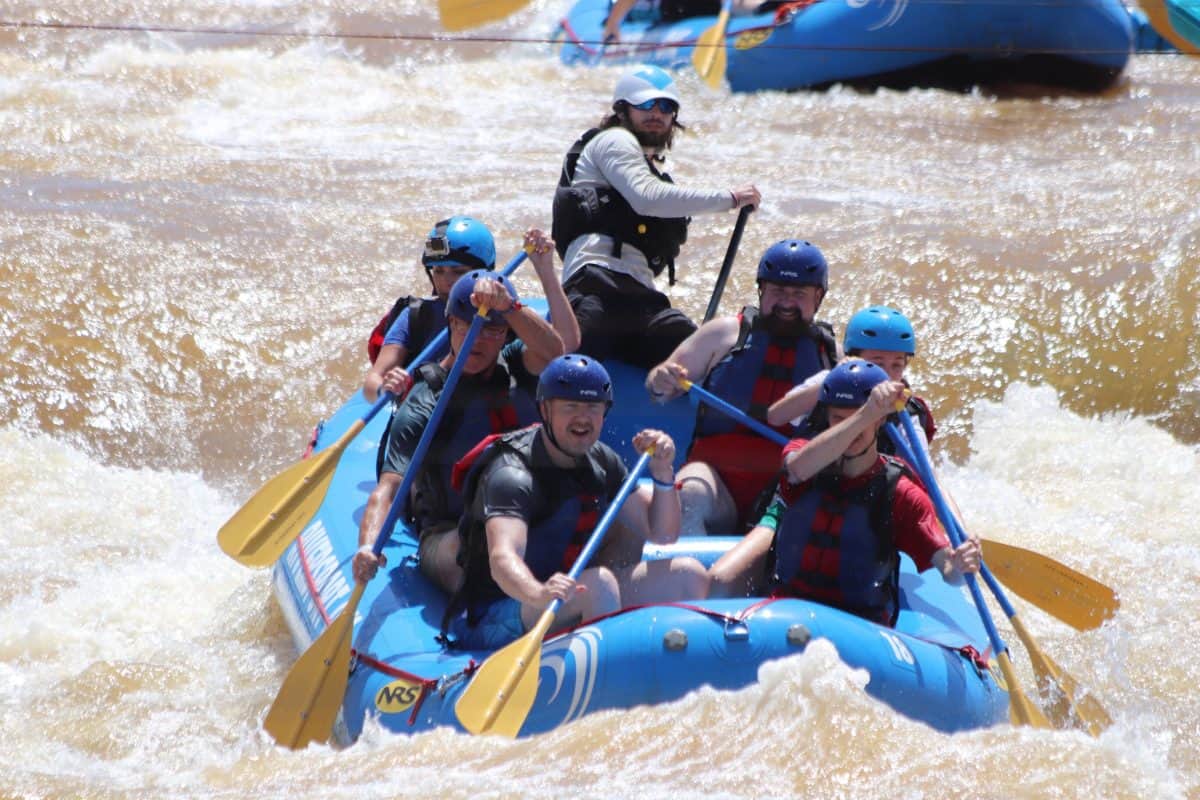 Once we were done rafting we focused on getting to Dodge City. Dodge City is down in southwest Kansas. They have some interesting tourist attractions like the Boot Hill Museum. Here they celebrate the city’s frontier past with a recreated Old West street and historic buildings, like the former Fort Dodge jail. Sometimes they even have gun fight re-enactments. The Gunfighters Another attraction is the Wax Museum featuring life-size sculptures of legendary figures Wyatt Earp and Sitting Bull. 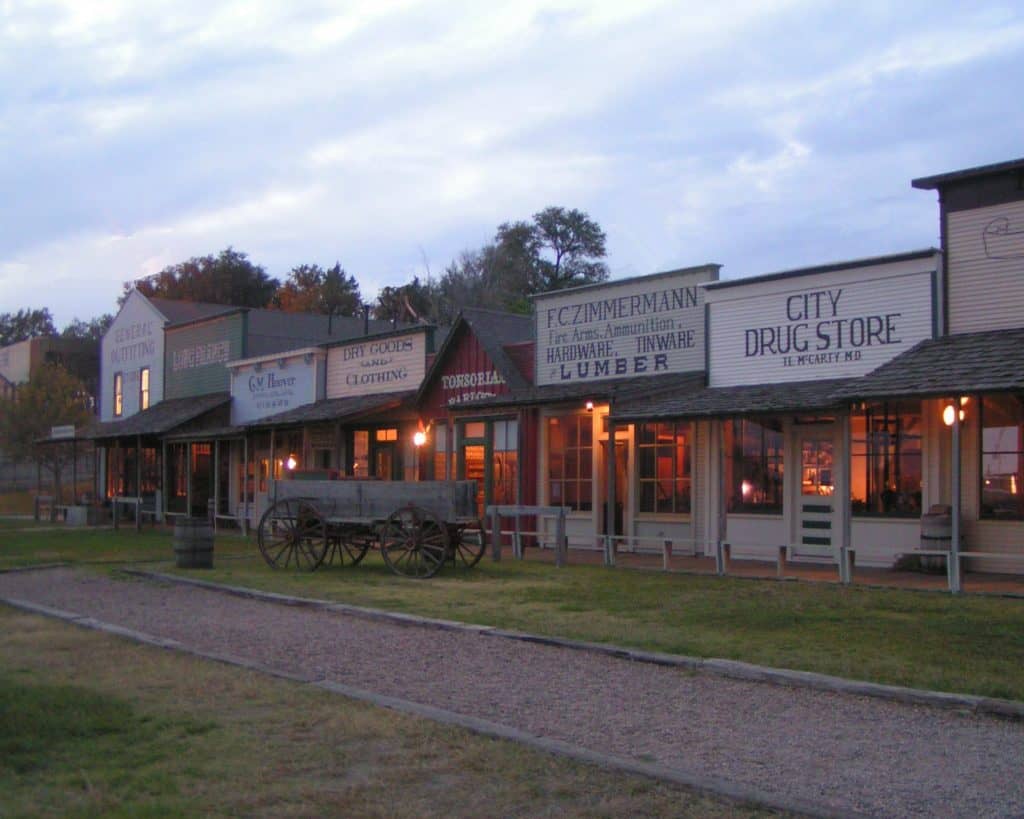 Day 3 – Today is our longest day. I’ve planned no activities, because we need to focus on driving. We are back in the Mini we drove on the first day. (Hope they got the zebra slobber out.) I regretted almost immediately not planning at least one thing to do, I guess it’s the traveler in me, I just can’t stop planning. 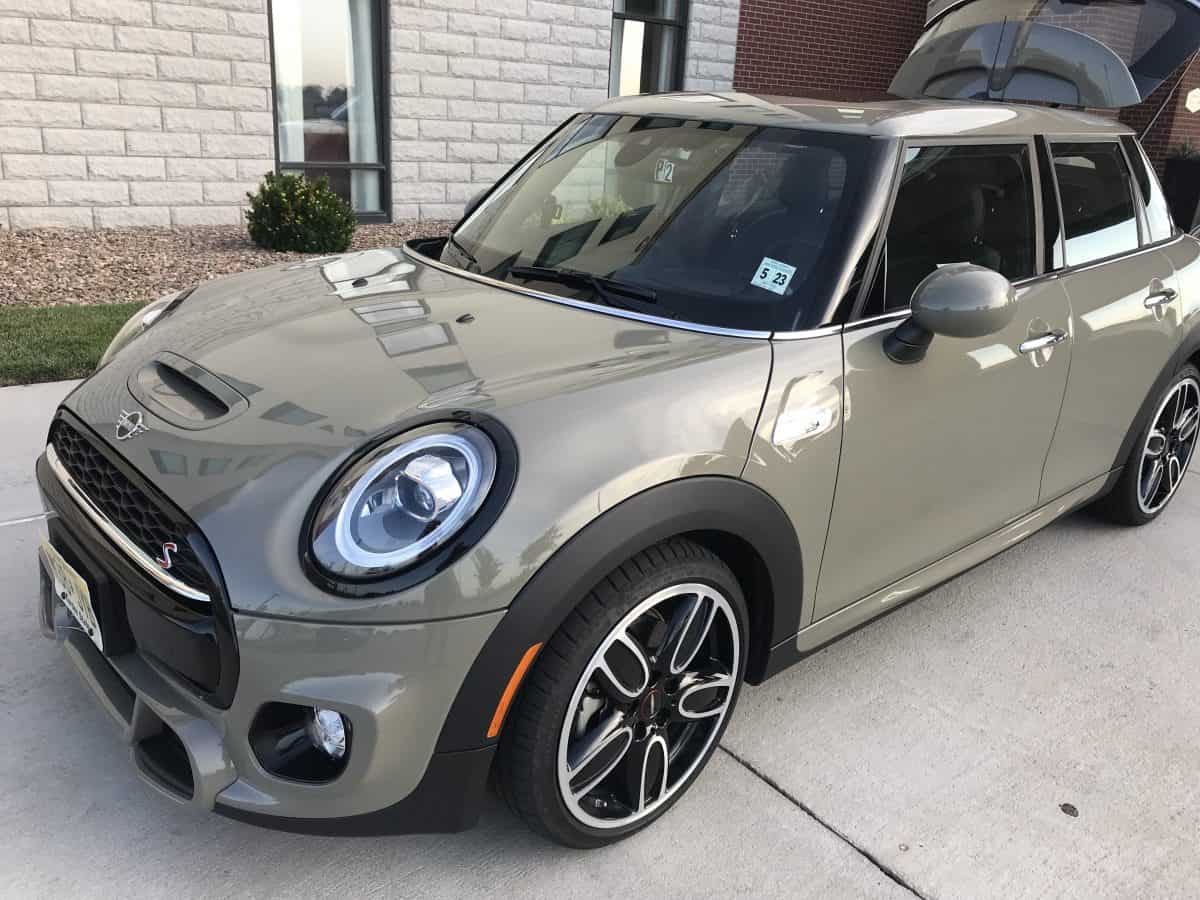 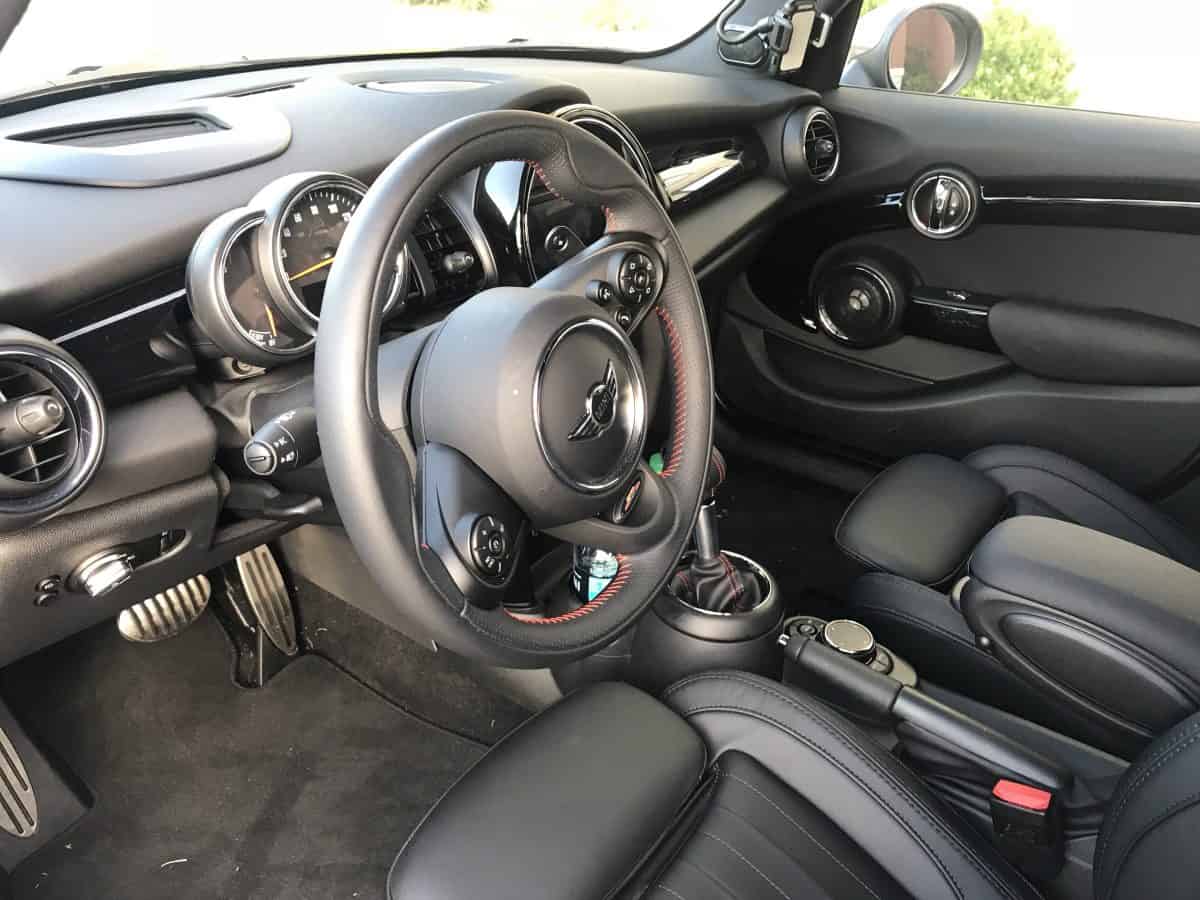 The rally in Dodge City, Kansas started off as you might have guessed, catching pancakes with a gigantic cowboy hat I swiped from a fellow Mini driver. If you watch day 3’s vlog you will see me in action. 😂

Our drive from Dodge City to Keystone was the longest leg of the trip and although it was a long day we made the best of it.

Tips for a long day of driving: 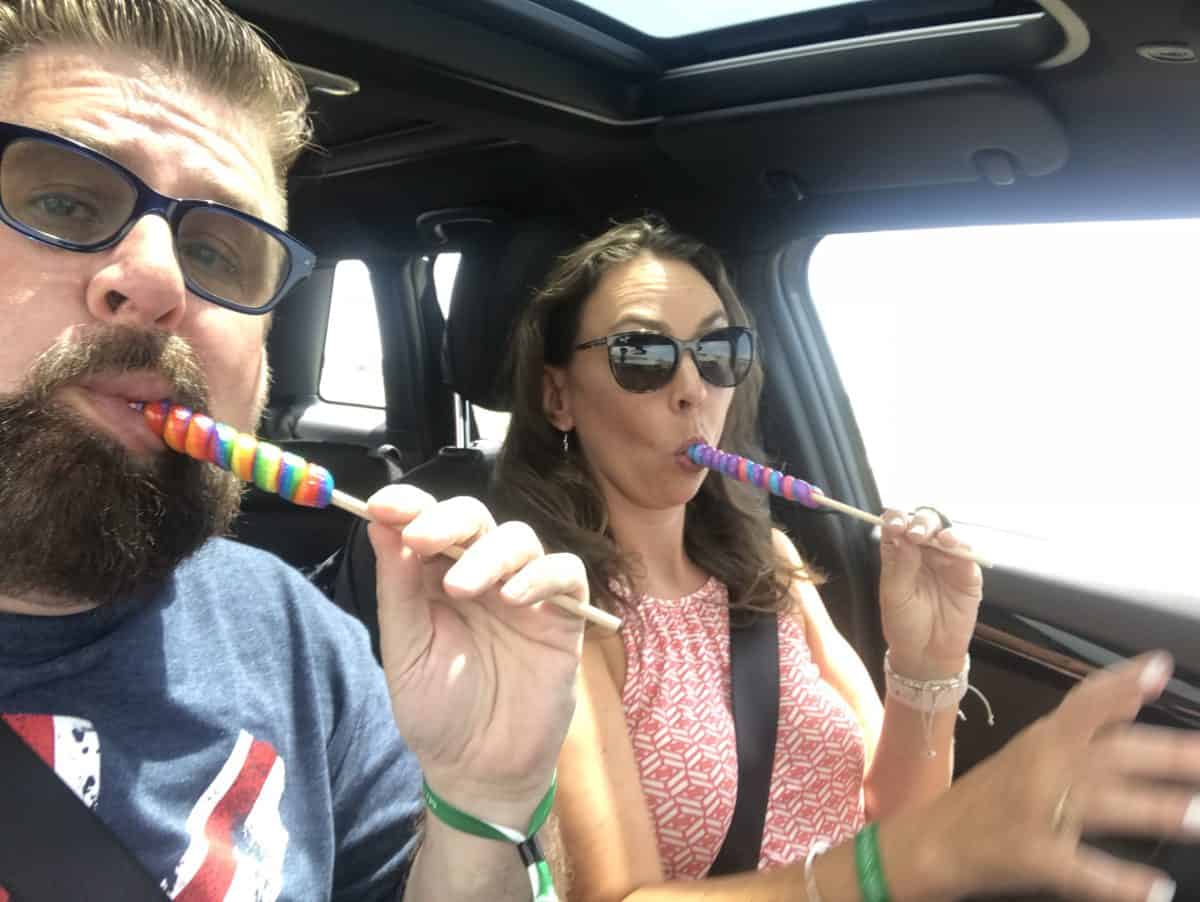 Eight hours later we arrived in Keystone. Our massive journey across 4 States was over. To celebrate Mini threw a full on party! Look how happy we are to be out of the car! 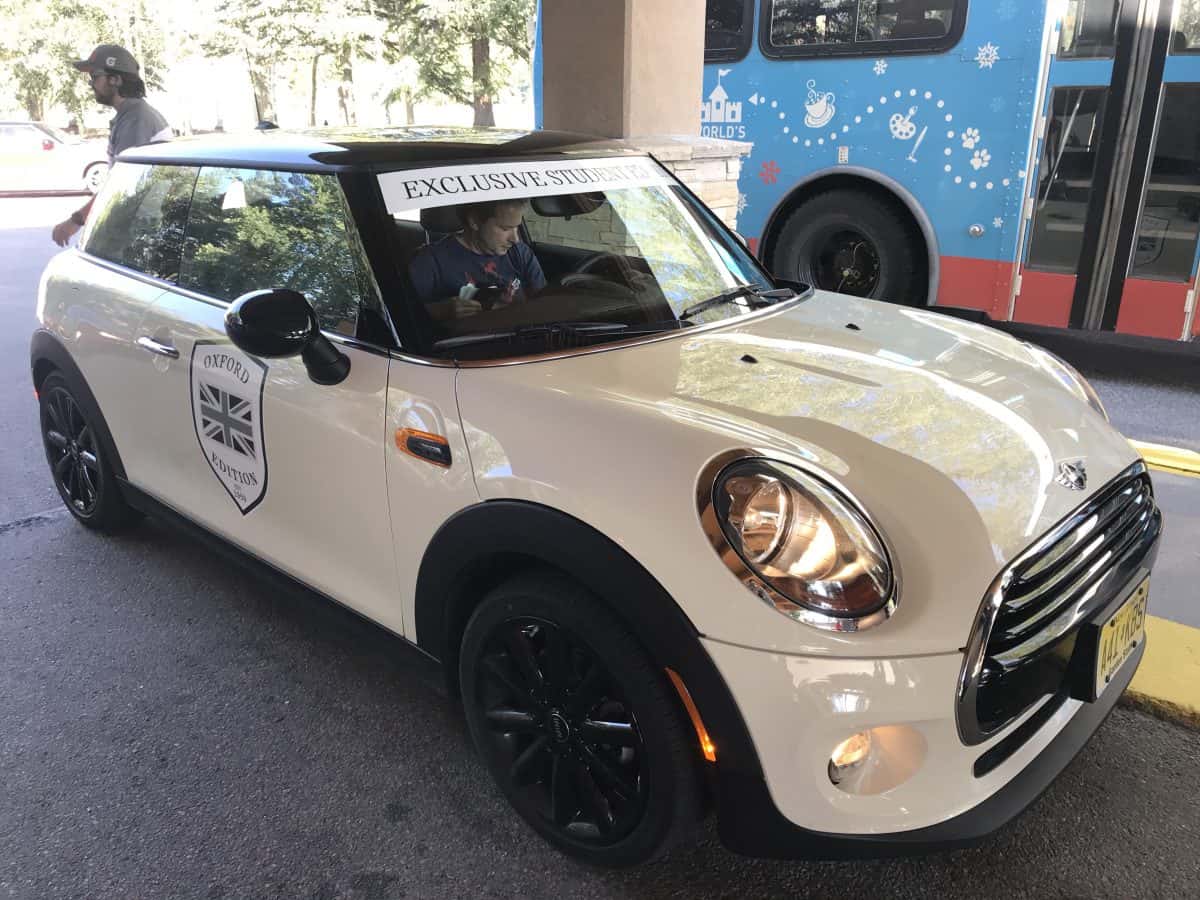 With three thousand Mini drivers in Keystone it was an action packed weekend. Mini hosted all kinds of events throughout Saturday including cooking demo’s animal lectures, and concerts. My favorite event was the auto cross course they set up.

Keystone is beautiful like all ski towns in Colorado. I noticed while I was there a lot of things to do for kids. It seemed like everywhere I looked I saw things for kids. Some of the things I saw where minigolf, bungee trampoline, panning for gold, multiple playgrounds, and more. They are also home to one of the best mountain bike course in the Rocky Mountains. 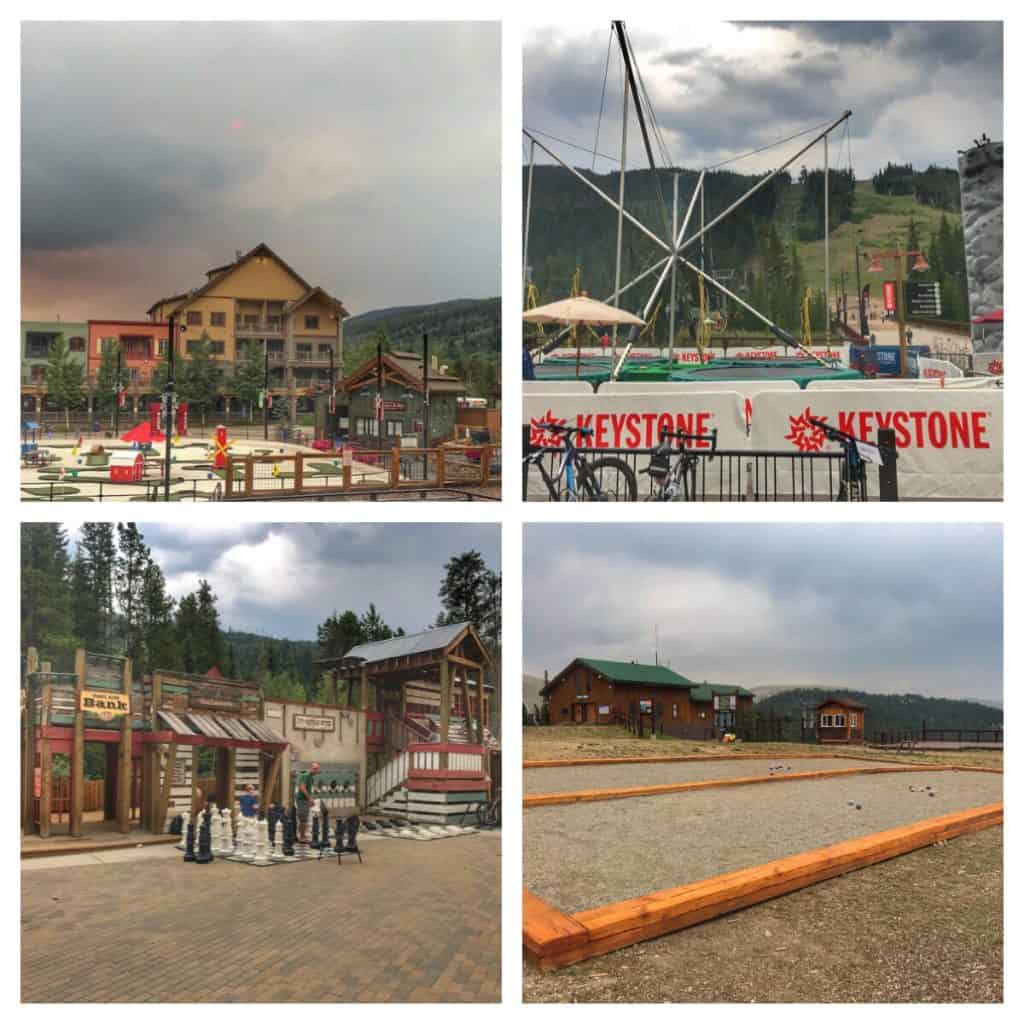