Oia, Greece on the Greek island of Santorini was spectacular. I had seen pictures of it, but wow to see it in person was really something. Sadly, my pictures cannot do it justice. I do not know if anyone’s pictures could do this place justice. The cobblestone and marble streets are lined with shops and restaurants. But it’s the sunset most people are after when they come here. People pack in every night to see the sunset, so get there early is possible. Oia is on the north part of the island and is more or less one way in, one way out, so allow plenty of time for driving up there. From most of the island, it’s gonna be at least an hour drive. 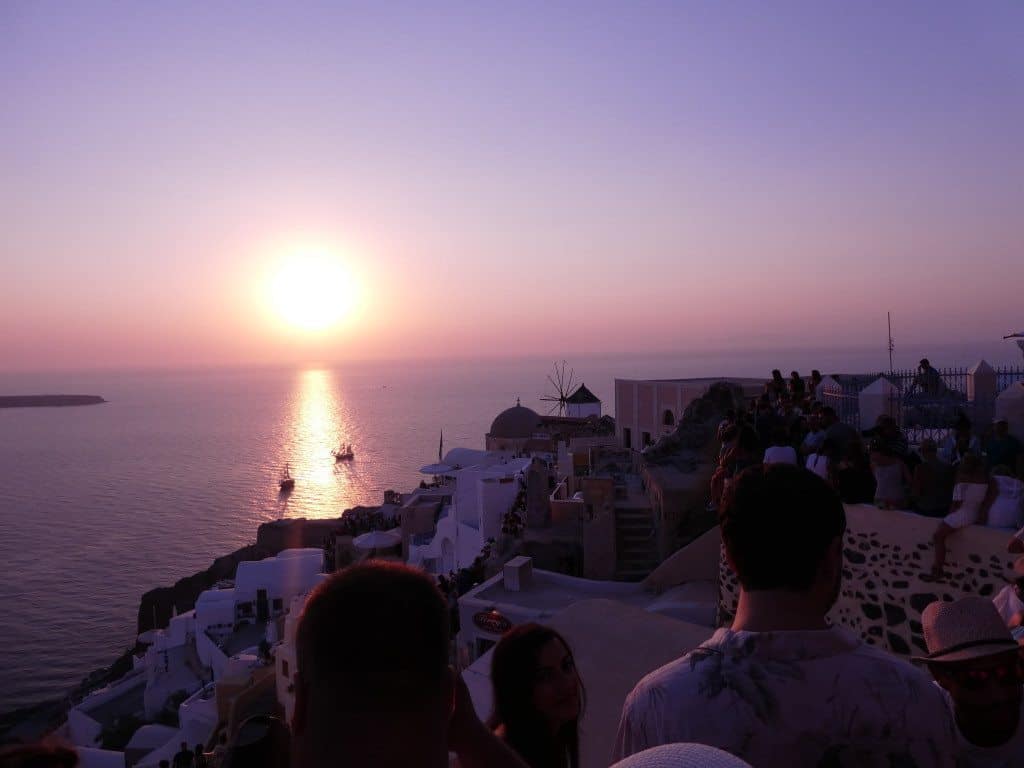 After sunset stroll around until the buses have time to clear out otherwise you will be stuck in traffic. When I was there sunset was around 8:10 and the buses were leaving around 9. So it was worth it to linger an extra thirty or so minutes. I recommend waiting until after sunset to eat. I ate at two places there and they were both excellent. I had Italian at Lotzas and sadly cannot remember what the other place was called. Santorini on a Budget

Thessaloniki on a Budget

How to island hop in Greece with Blue Star Ferries

What to eat in Greece