Outside the Pantheon – Rome, Italy

Outside the Pantheon – Rome, Italy 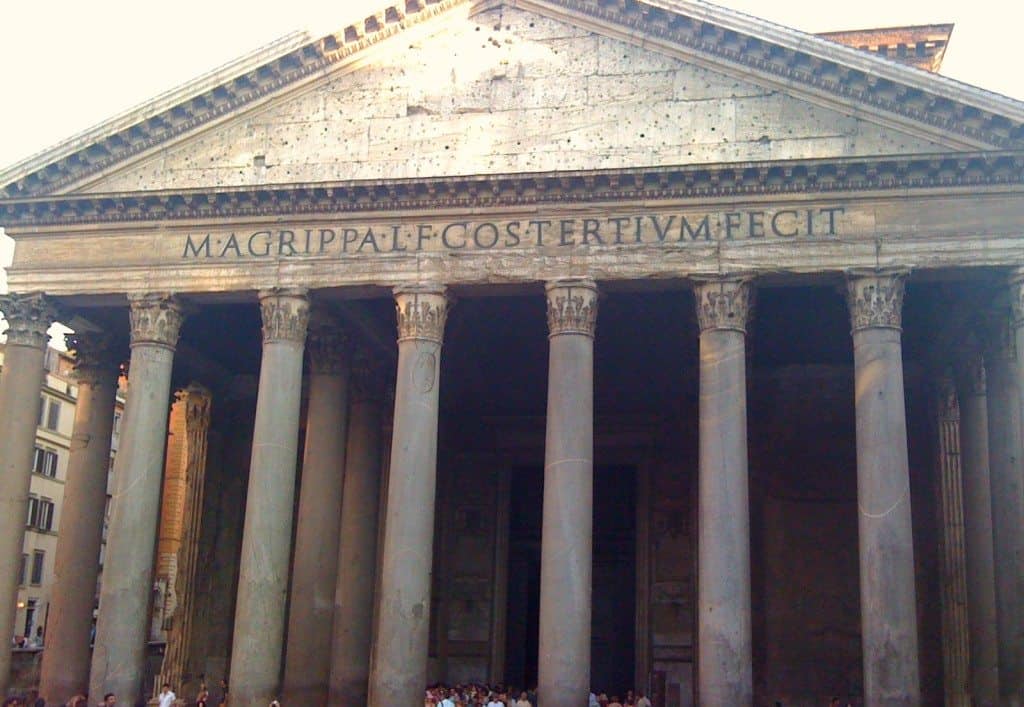 Roman Pantheon – There is no admission to go inside.

Are you going on vacation to Rome, Italy anytime soon. If you are, make sure to go see the Pantheon. 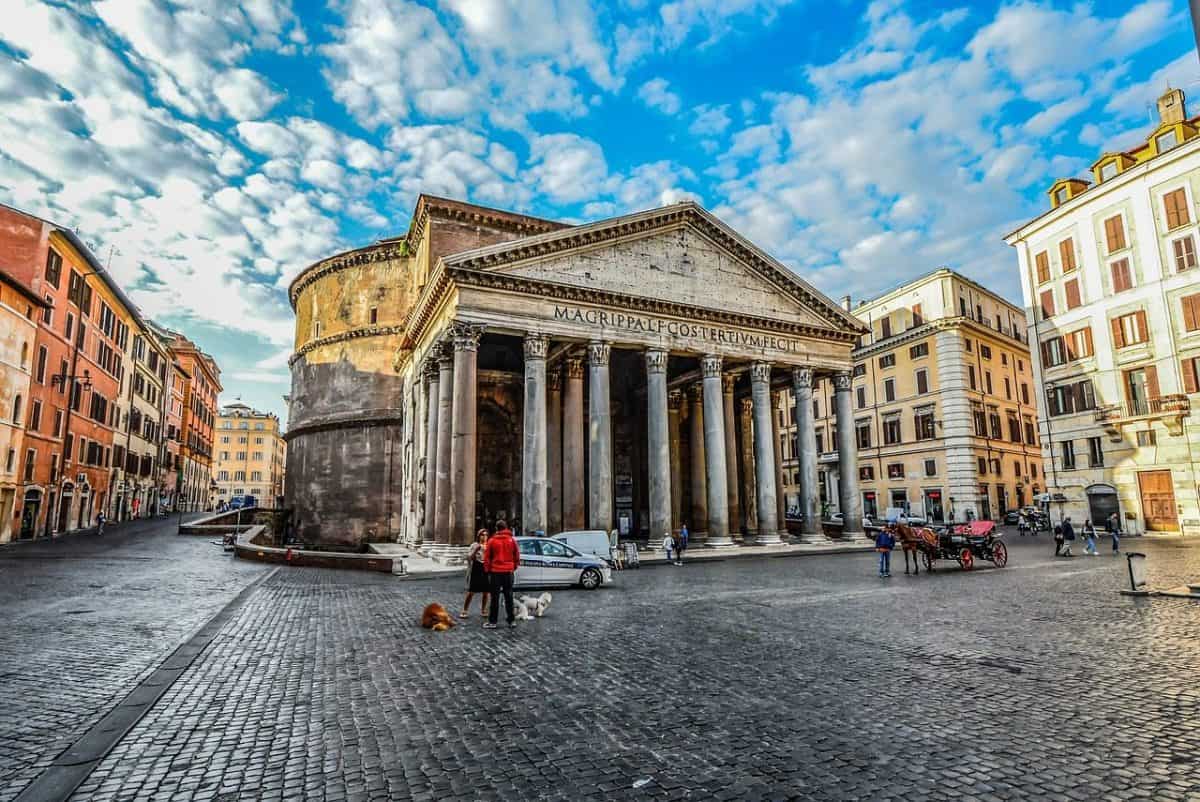 The Pantheon is a building in Rome, Italy. Commissioned by Marcus Agrippa as a temple to all the gods of Ancient Rome, and rebuilt by Emperor Hadrian in about 126 AD.  It is not far from the also incredible Piazza Navona.  For more interesting facts on the Pantheon check out Wikipedia.  They have a ton of interesting info on it.
There are restaurants all around the outside in the plaza.  We went to a college hang out behind it where the food was delicious and cheap.  If you are standing out in front of the Pantheon looking at it, the bar/restaurant is to the right hand side.  This is a great area to hang out in. 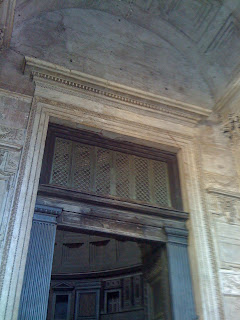 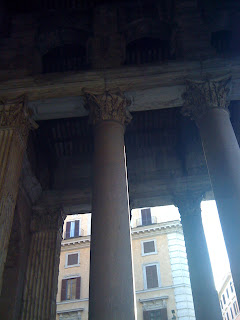 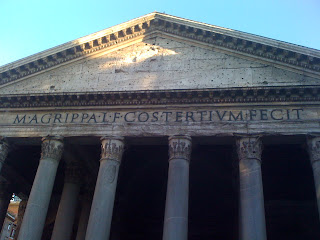 In front of the Pantheon is the beautiful “Fountain of the Pantheon”. It was designed by famous architecture Giacomo Della Porta in 1575 and sculpted out of marble by Leonardo Sormani. 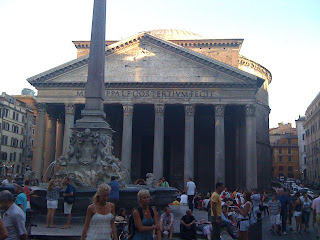 The 16 massive Corinthian columns supporting the portico weigh 60 tons each. They are 39 feet tall, five feet in diameter and were brought to Rome from Egypt.

The columns were dragged more than 100 kilometers from the quarry to the Nile river on wooden sledges. They were floated by barge down the Nile River when the water level was higher during the spring floods, and then transferred to vessels to cross the Mediterranean Sea to the Roman port of Ostia. There, they were transferred back onto barges and pulled up the Tiber River into Rome.

The Columns support a triangle pediment with an inscription attributing the Pantheon to Marcus Agrippa: “M•AGRIPPA•L•F•COS•TERTIUM•FECIT” which means “It was built by Marcos Agrippa in his third consulate”. 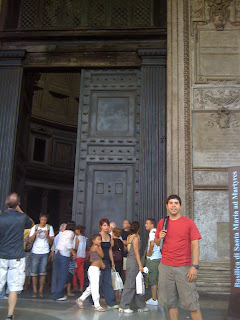 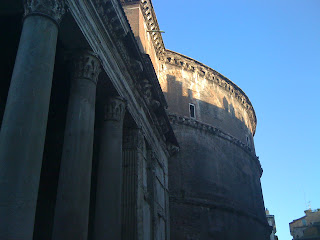