Pine State Biscuits is a fun little breakfast place with five locations in Portland, Oregon. With so many locations chances are high that there will be one near you when you need it! They serve all kinds of biscuits. The one I ordered, “The Reggie Deluxe” for $7. It came with gravy, fried chicken, bacon and an egg. It may be just a chicken and biscuit, but it’s a hearty portion. I was not able to finish my biscuit. They also have grits, collard greens, blackeye peas and more southern type food.

For a girl from Texas, Pine State Biscuits was a little taste of home.

Here are some of the things you can order here. Now I’m mainly sharing the biscuit sandwiches, but if you want something simpler you can get an order of just biscuits and gravy.

Reggie Deluxe  – The Reggie with an egg 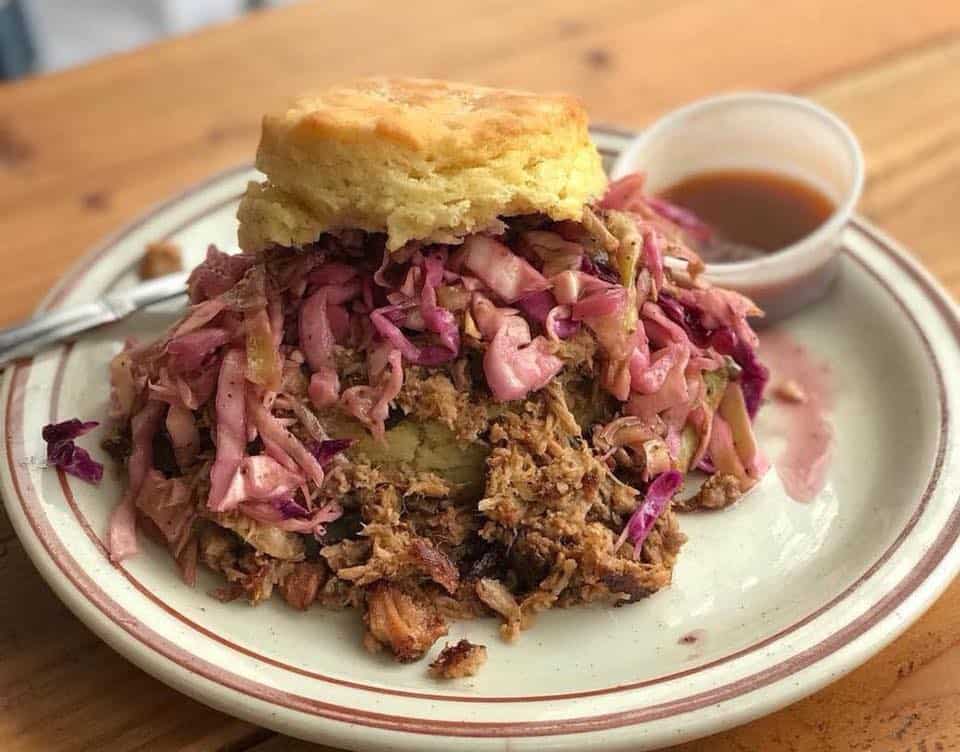 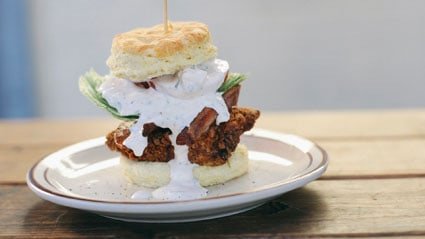 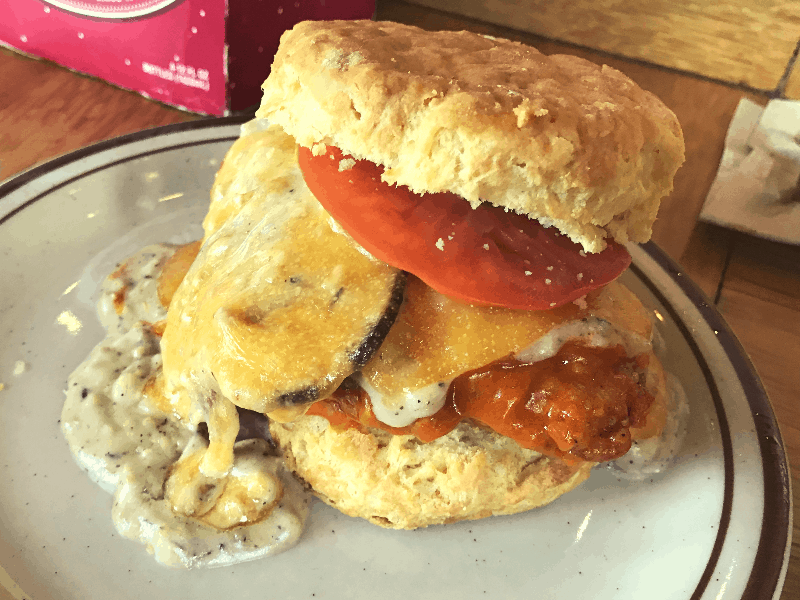 Surprisingly, Pine State Biscuits offers food options that are not biscuits! Here are some of the other menu items.

Pine State Biscuits does serve alcoholic beverages! They have their own unique cocktail menu that includes Bloody Mary’s. 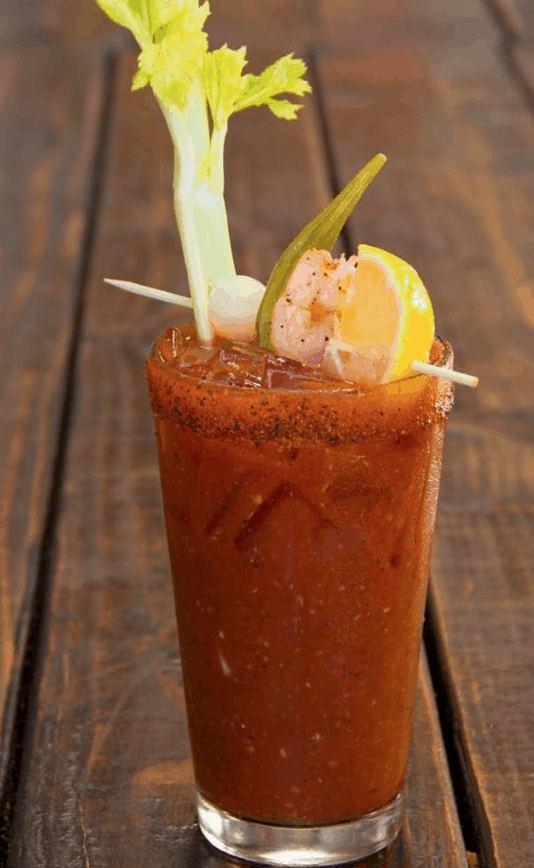 This Bloody Mary came with a mini corn dog with it. This is the one you should order. 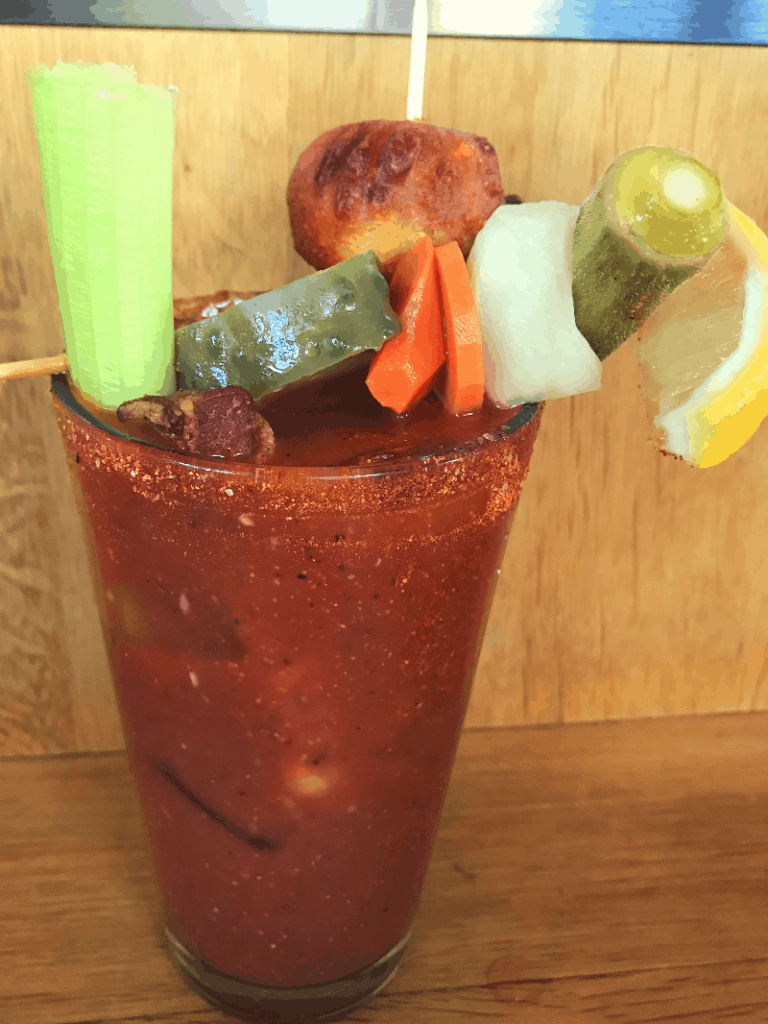 Looking for more breakfast options in Portland, Oregon? Check out our list of the best brunch in Portland! 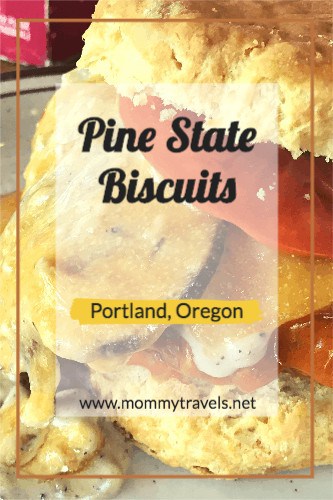