10 Places You Need to See in Tuscany

10 Places You Need to See in Tuscany

“You may have the universe if I may have Italy.” said Giuseppe Verdi, one of the greatest operatic composers of all time. In the spirit of this quote, I want to add: You may have Italy if I may have Tuscany. Italy is a gorgeous country, with a wide variety of natural wonders, historical sites, architectural gems, and delicious temptations across all of its 20 regions. Yet, Tuscany is one of the most beloved regions which has enchanted many with its world-class art, eventful past, red wines, and charming countryside. Here are 10 must-see places in Tuscany. 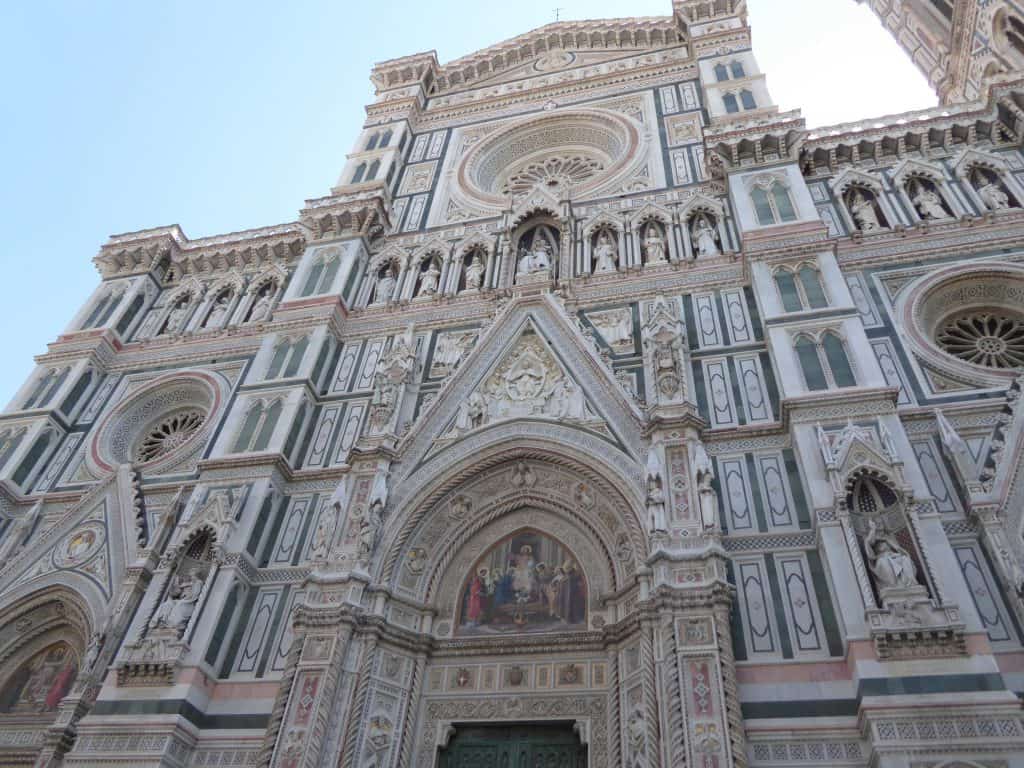 Florence is the capital of Tuscany, widely regarded as the birthplace of the Italian Renaissance. The city’s artistic scene blossomed largely thanks to the patronage of the Medici, an affluent banking family, and political dynasty. Florence’s history is entangled with the names of notable Italians such as Leonardo da Vinci, Sandro Botticelli, Michelangelo, Galileo Galilei, and Dante Alighieri.

The outline of the Cathedral of Santa Maria del Fiore with its signature reddish brick dome is undoubtedly Florence’s most well-known sight. Standing in Piazzale Michelangelo at sunset, you can see the full glory of the Cathedral dominating Florence’s skyline.

Another must-see is the Uffizi Gallery, full of notable Renaissance pieces of art such as Botticelli’s The Birth of Venus, one of the most recognized paintings in the world. If you are into art, you would enjoy a visit to the Gallery of the Academy of Florence which hosts Michelangelo’s sculpture, David.

10 Top Things to do in Florence, Italy 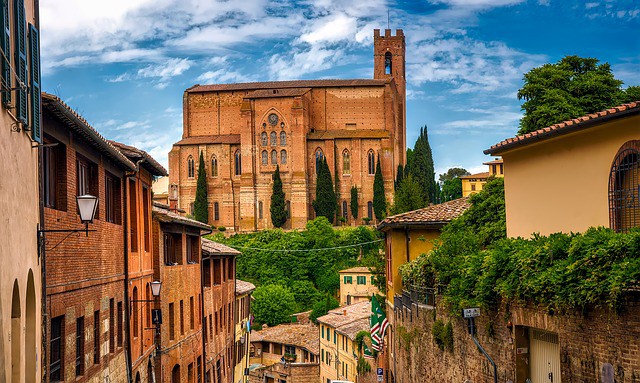 Piazza del Campo in the heart of Siena is one of Europe’s most remarkable medieval squares. During the Middle Ages, the piazza was the site for many combative games, including bullfights. To this day, the Palio is held here, a biannual horse race which usually takes less than a couple of minutes as jockeys make three laps of the piazza.

On most days of the year, you can enjoy the square in the most Italian way: sitting down with a gelato or a panini in hand, enjoying the view.

The Cathedral in Siena is one of Italy’s finest Gothic buildings, a masterpiece in its interior and exterior, both featuring alternating white and black marble. 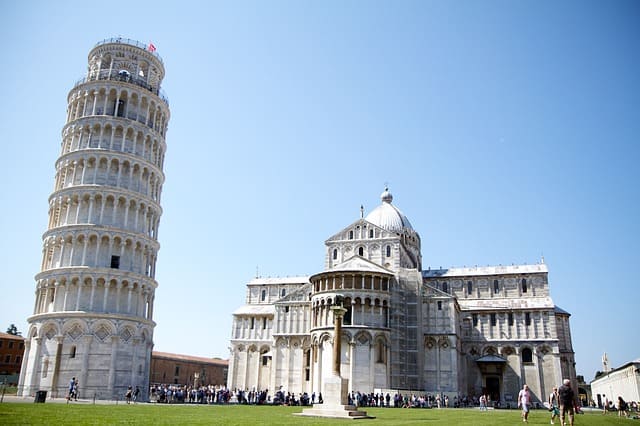 Best known for its Leaning Tower, Pisa is a lovely town whose ports aided its economic development. The Cathedral of Pisa is a fascinating Romanesque structure, often overlooked in favor of its 14-century bell tower which was already tilting when it was first erected.

While in Pisa, walk along the Arno river, enjoying the sight of the houses, usually painted in warm tones that preserve the uniformity of the town. On one of the banks, you will stumble upon the tiny yet delightful Santa Maria della Spina church. Another notable building in town is the imposing Palazzo dei Cavalieri which was once the headquarters of the Knights of St. Stephen.

Lucca’s historical center is surrounded by its well-preserved Renaissance walls. Unlike most Italian towns, which expanded beyond its fortifications and did not need them for battling purposes anymore, Lucca has kept its walls. These days, they are a popular site for walks and bike rides. From the walls, you will get glimpses of some of the town’s most notable buildings such as the San Michele in Foro church, the 45-meter tall Guinigi Tower topped with tall holm oaks and the splendid gardens of Palazzo Pfanner.

One last thing – it’s not a historical site but it’s a work of art in its own right – gelato. Italy is known for its creamy and flavourful ice-creams which are typically made with fresh ingredients rather than artificial essences. Gelateria Le Bontà, located in Viale Castruccio Castracani, offers some of the most delicious ice-creams in all Tuscany. 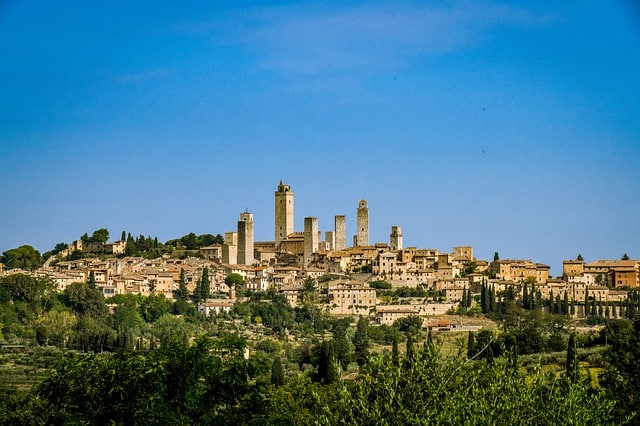 Speaking about gelato, we shall most definitely mention San Gimignano’s Gelateria Dondoli which has won several world championships. The place is most renowned for its fruit flavors that can be enjoyed sitting in the town’s main square or on the terraces overlooking the Tuscan hills in the distance. San Gimignano often called the “Manhattan of Tuscany”, is a marvelous medieval town that used to boast over 70 tower-houses built by the rich families who wanted to demonstrate their power. Nowadays, only 14 of the towers are still present, but the town has kept its unique atmosphere that will take you back to the 14th century as soon as you walk through one of its gates. 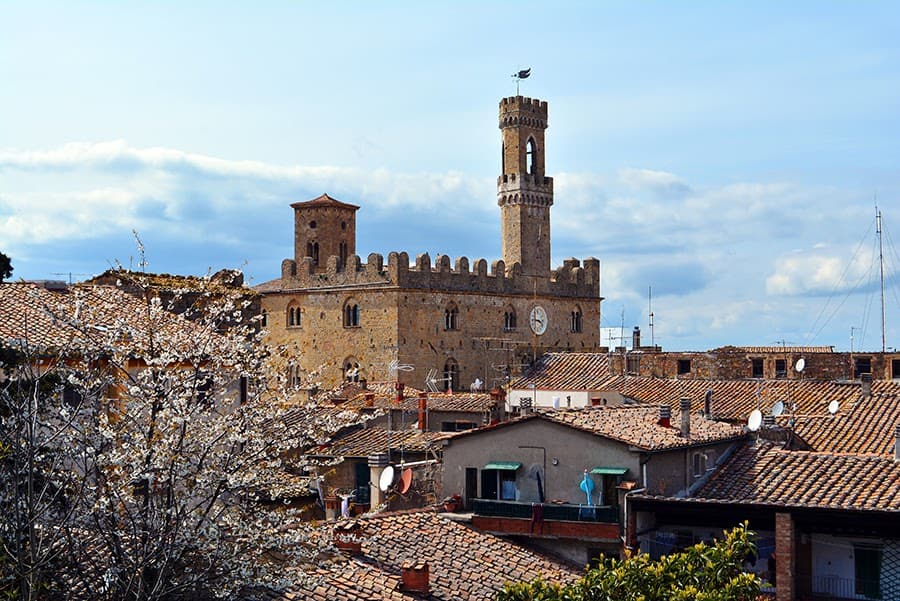 In the Twilight series, Volterra is the ancient Italian town where the most powerful coven of vampires resides. Walking down the meandering streets of the historic center, you will surely not feel any threat. Yet, the medieval town feels mysterious enough to be the host of some creatures.Volterra Italy 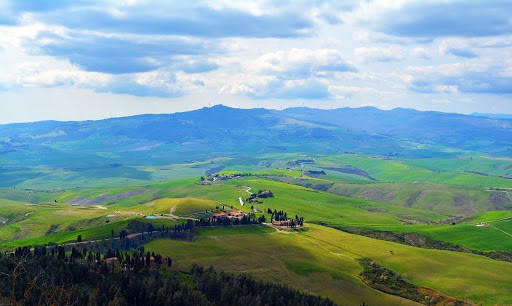 On a regular day, you’re most likely to enjoy the spectacular views over the Tuscan countryside as Volterra has a strategic location on a hilltop. The town is also known for its alabaster as shaping the mineral has been a century-long tradition here. In the heart of Volterra, you will come across Teatro di Vallebona, the remains of a Roman amphitheater from the 1st century BC. 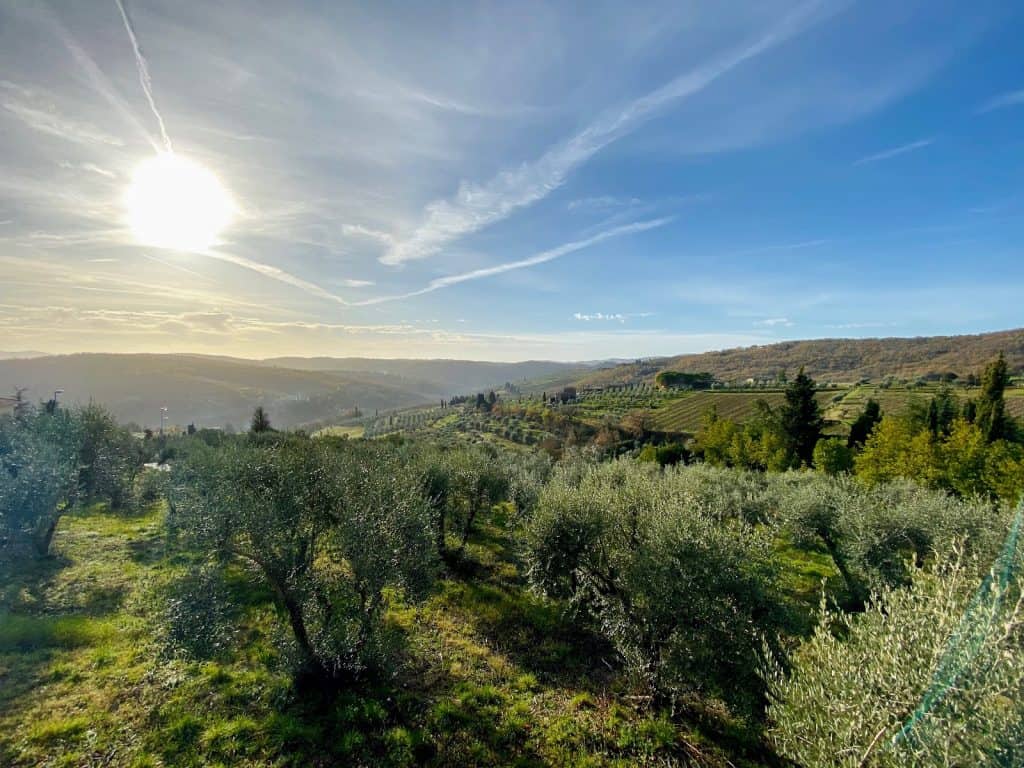 Around 4000 years ago, there were the first settlements in the area of today’s Radda in Chianti. Some records show that here Etruscans cultivated vines for wine a few centuries before Christ. To no surprise, presently the surroundings of Radda are dotted with vineyards and wineries. In summer, there is a wine-tasting festival gathering local producers of Chianti Classico.

If savoring wines is not motivating you to visit Radda, have in mind that the area offers splendid views over perfectly-ordered olive trees. The drive through the winding road leading up to Radda in Chianti is a picturesque sight in itself. 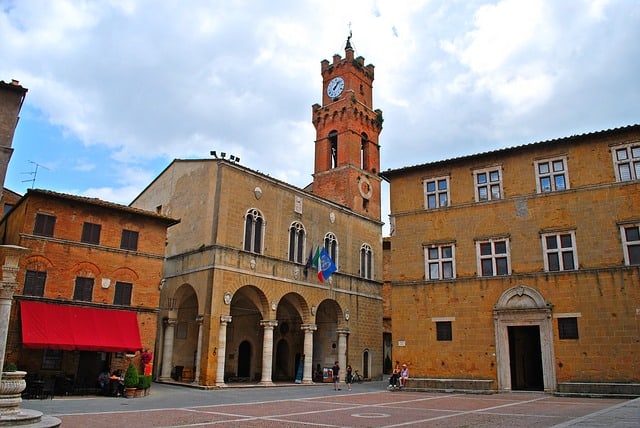 Pienza is a charming town whose name most likely does not ring a bell. However, it is one of the most remarkable Tuscan towns, set in the stunning Val d’Orcia. Pienza is often dubbed “the ideal city of the Renaissance”, transformed thanks to the influence and financing of Pope Pius II who had been born here. The town is most interesting to visit around Christmas when every doorway is lavishly decorated.

Pienza is known for the production of handmade pasta (pici) and sheep’s milk cheese (Pecorino di Pienza). You can enjoy both in a single dish known as pici con cacio e pepe. The food will taste best paired with a local wine such as Orcia White or Orcia Vinsanto.

Pienza is located midway between Montalcino and Montepulciano, and only a few miles away from Monticchiello. These are all the names of enchanting Tuscan towns, easily visited in a day while you’re in the area.

As the name suggests, San Quirico d’Orcia is also located in the scenic Val d’Orcia. If you are traveling here from Pienza, just before you reach the town, you will see the most photographed cypress trees of all Tuscany on the right side of the road. This picture-perfect spot looks best in late spring and early summer but Val d’Orcia does not lose its charm even in winter. Another popular sight on the way is the Chapel of Our Lady of Vitaleta, a lone sacred building that is also a photographers’ favorite.

The Horti Leonini is undoubtedly the most interesting spot to visit in the small town of San Quirico d’Orcia. This classical Italian garden was designed at the end of the 16th century by its owner Diomede Leoni. According to an official letter from 1580, Leoni built the gardens as a treat to travelers along Via Francigena, an ancient pilgrim trail leading to the Holy See and the tombs of apostles Paul and Peter. The same letter reveals that the Medici had compensated Leoni for the “Horti”.

Cascate del Mulino, located near the village of Saturnia, are Italy’s most famous thermal springs. The waters are rich in mineral salts and vitamins that work as natural skin softeners and antioxidants. The ancient Romans believed that the springs were created by Jupiter, the god of sky and thunder. The king of the gods threw his lightning bolts towards Saturn, the god of wealth and liberation. When Jupiter missed his target, the sulphuric springs were formed.

The access to the pools is free but beware that they might be crowded, depending on when you are visiting. You can “risk” a dip even in winter as the temperature of the waters will keep you warm. Bring with you a pair of water shoes and a towel for safety and comfort.

A visit to the springs will take up to a few hours. If you’re traveling here from Rome or Florence, it’s best to combine your trip with a visit to Montemerano and Capalbio.

These 10 places are an excellent starting point for your exploration of Tuscany. They are, however, by no means an exhaustive list of all there is to see, taste and experience. Here are a few more places you might like to research: Livorno, Arezzo, Cortona, Montefollonico, Sorano, and Barga. If you are feeling adventurous, you can even take a trip to the Mediterranean island of Elba, only 6 miles away from the Italian mainland. You might have heard the name as Napoleon was banished here in 1814. What could surprise you are the crystal-clear waters, making Elba a not too bad place for exile.

Guest Author: Georgi Todorov is a Digital PR Consultant at All Things Hair. He recently started his own blog about digital marketing called DigitalNovas.

4 Fun Things To Do in Milan, Italy with Kids

7 Must See Attractions in Rome Italy