Pok Pok is a wildly popular Thai restaurant in Portland, Oregon. Dish after dish of their authentic Thai street food is sure to delight.

Pok Pok pretty much blew our minds with their food. Like the Screen Door this place has constant buzz and you know what, it’s totally deserved. I don’t know what took us so long to eat here, but one night we just ended up in the area and even though there was a huge wait to get in we stuck it out and waited. Mainly because I just had to know what all the fuss was about.

Did you know that they have locations in NYC now?! (Disregard, I believe it already closed.)

When we finally got in (long wait) we tried a handful of their dishes and all of them were incredible.

Above in the collage you see the dish in the pot. That is the Kung Op Wun Sen.
Wild caught gulf prawns baked in a clay pot over charcoal with pork belly, lao jiin, soy, ginger, cilantro root, black pepper, Chinese celery and bean thread noodles. Served with naam jiim seafood. 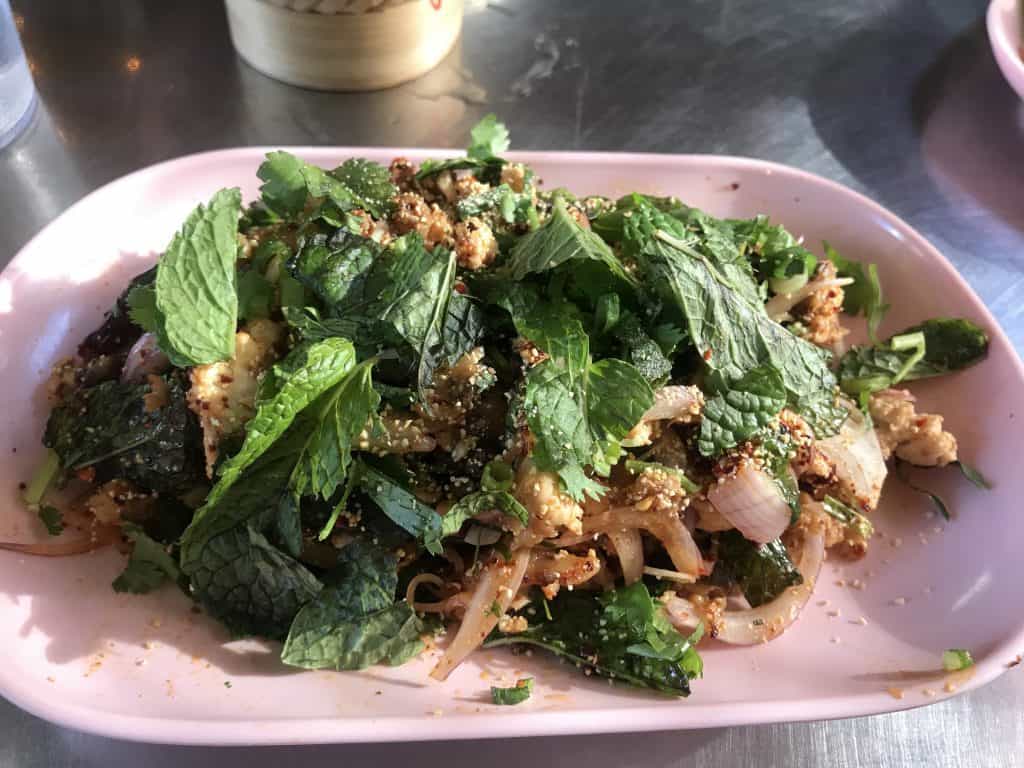 The next photo is the Neua Naam Tok: steak salad for $14. Now obviously this is not a salad, but it has mint, lemongrass, and cilantro. This dish is literally bursting with flavor. I mean every bite is amazing. It’s a weird combination of ingredients and flavors, but boy does it work! Last but not least is the dish that Pok Pok is most known for Ike’s Vietnamese Fish Sauce Wings for 14.50. This may seem a little spendy, but apparently these wings are a 15 step process to create and they are spectacular. 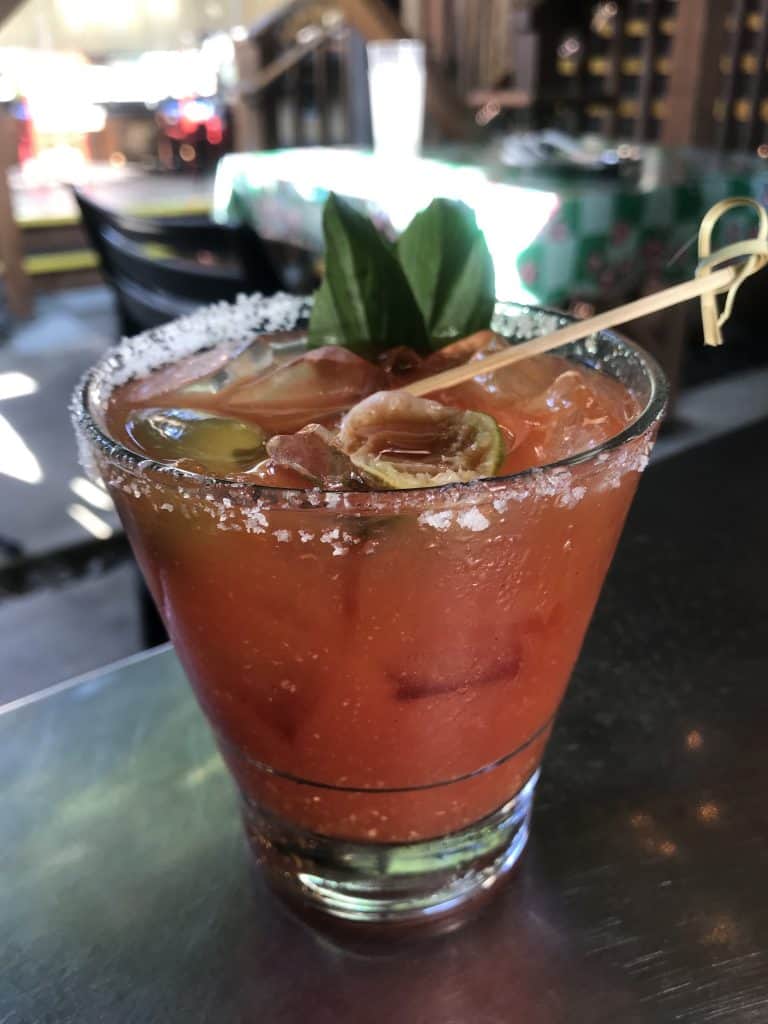 Pok Pok boasts a creative cocktail menu as well. I wasn’t feeling that adventurous so I ordered a Bloody Mary and of course it was spicy. Despite its small size it still costs the same as a bigger Bloody Mary at other restaurants in town.

Update: We recently visited, August 2019 and there were a couple of things I noticed. All the food is way more spicy. My parents couldn’t eat the food it was so spicy. I do not know why they’ve done this to so many of the dishes. They’ve also increased the price of everything by $2-$4. This isn’t much of an increase but when you are ordering 6 -7 dishes it adds up fast. I also felt like the portions were slightly smaller, but comparing photos I can’t say for sure.

My cousin in law Mike happens to have the Pok Pok cookbook and was telling us about the wing recipe. According to him this is an awesome cookbook. I haven’t actually had a chance to see it yet