What happens when two friends go road tripping across California in a 2018 Kia Niro Plug-in Hybrid with stops at the famous Madonna Inn and Solvang? Keeping reading and you’ll find out! 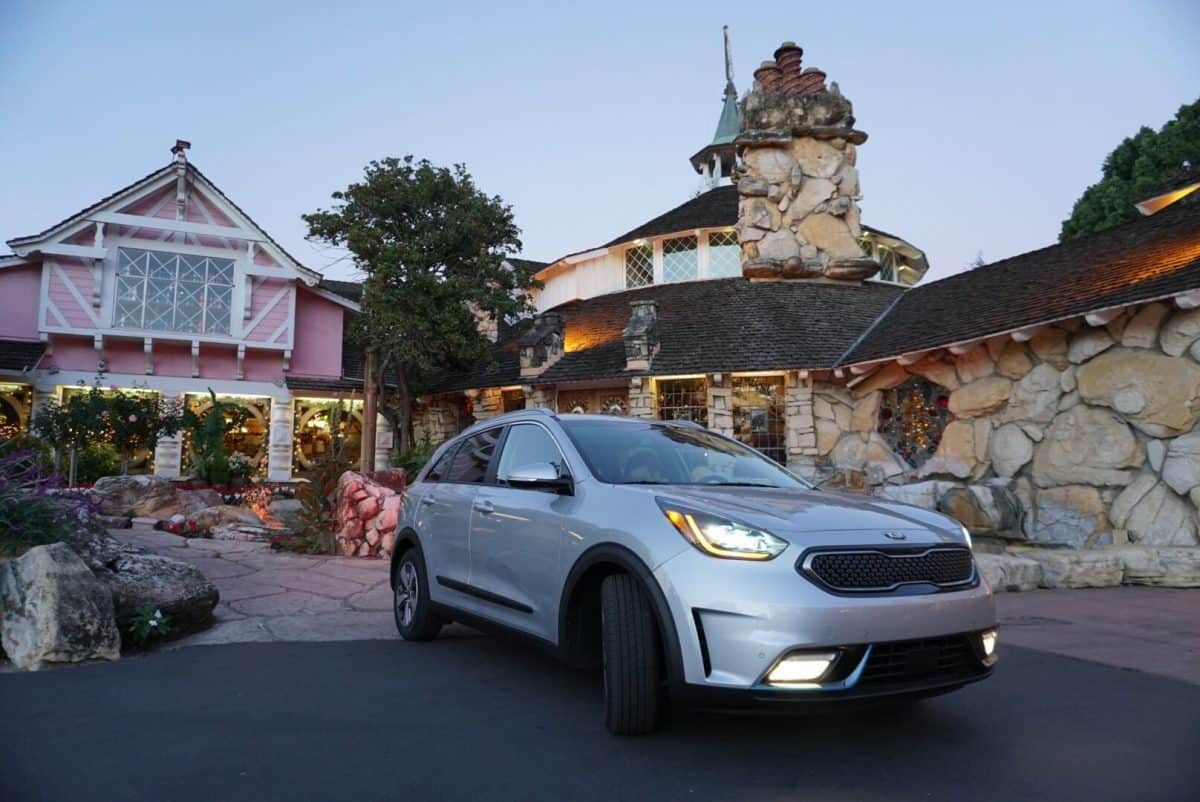 Back in December I took a 500+ mile road trip across the state of California with my friend Nik Miles aka Our Auto Expert in the all new 2018 Kia Niro Hybrid Plug-in. I knew going in that I already liked the Kia Niro from driving it last year, so I was excited to see how the plug-in hybrid version compares. 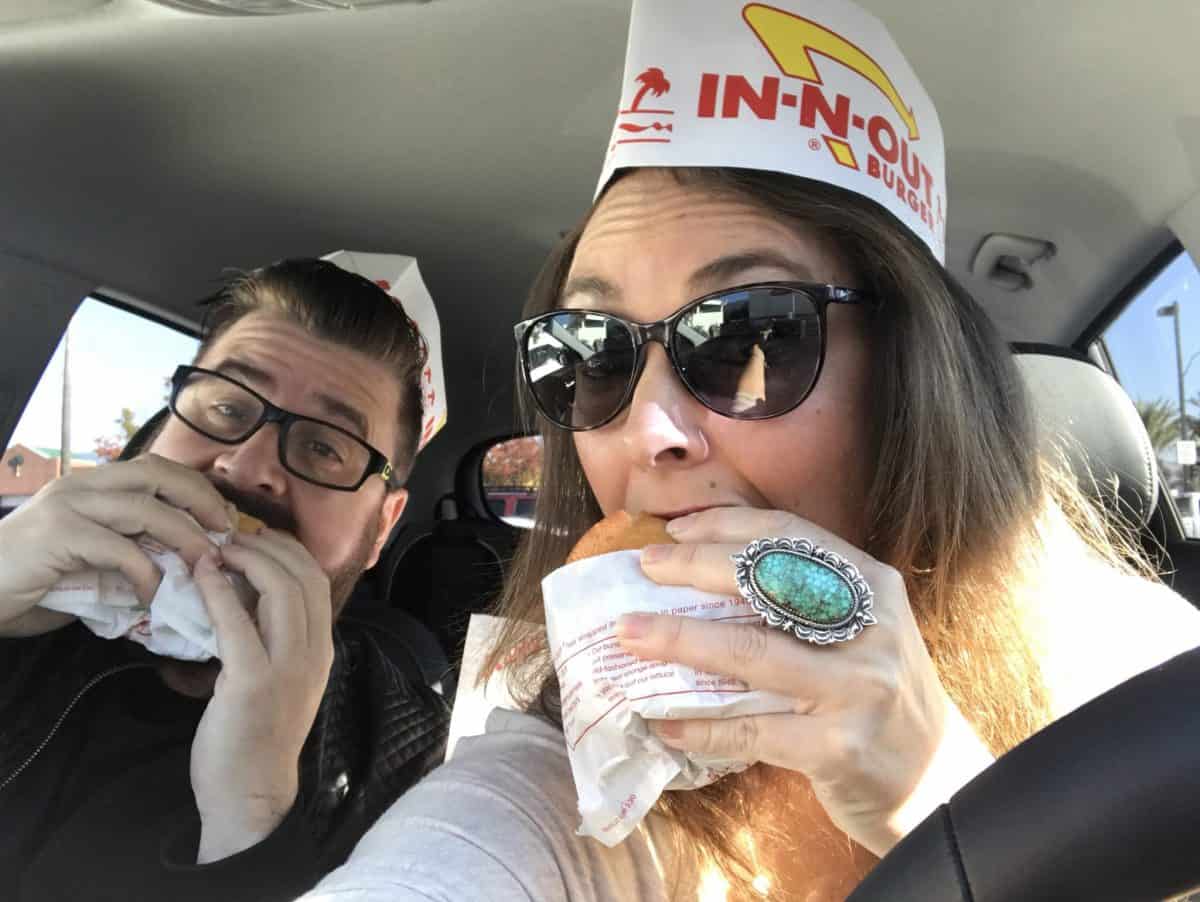 This is Nik, and of course we had InNOut!

Now there was a challenge involved and after reading the requirements Nik and I were confident we would win. We were so confident, we made the Kia team take a winner’s photo with us before starting the drive.

This hybrid plug-in is a weekend warrior and we averaged 50 mpg. At one point we were averaging an insane 164 MPG, I don’t really understand how that is even possible. I took a picture of it to prove to others I was not making this up! On just electric the Niro Plug-in hybrid goes 26 miles. The In this car you could drive from Los Angelas to Las Vegas and back on one tank of gas because the total range is 560 miles.

If Nik and I had driven straight from Orange County to San Fransisco we would have made it on one tank of gas! We did not drive straight there though because there is just too much to see and do between there. Plus, Nik has a nasty Starbucks habit and we hit every Starbucks there was over the course of 500 miles. 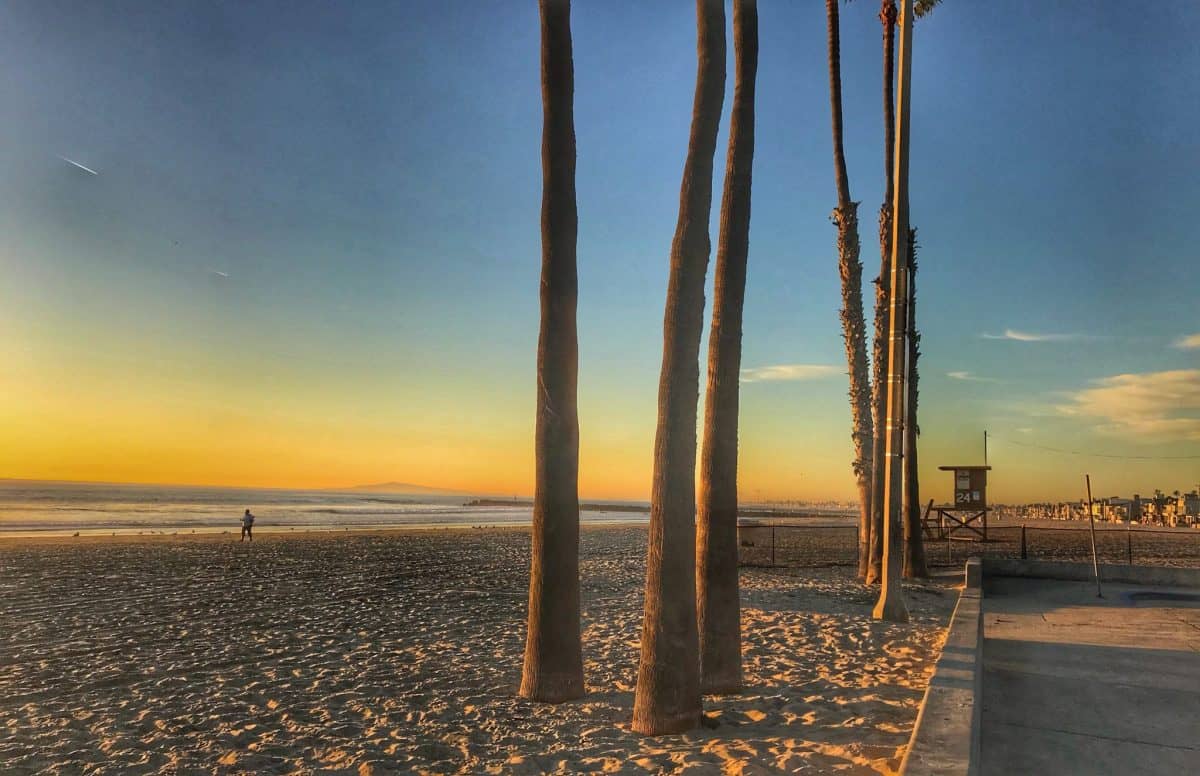 We started out in Orange County, because that is where Kia headquarters are located. My first goal was to grab a picture of the sunset at the beach. Technically, I took this photo before the official drive started. This was easily achieved. I got into California early and headed straight to the beach before dinner! I found myself at Newport Beach. Newport Beach you will find: 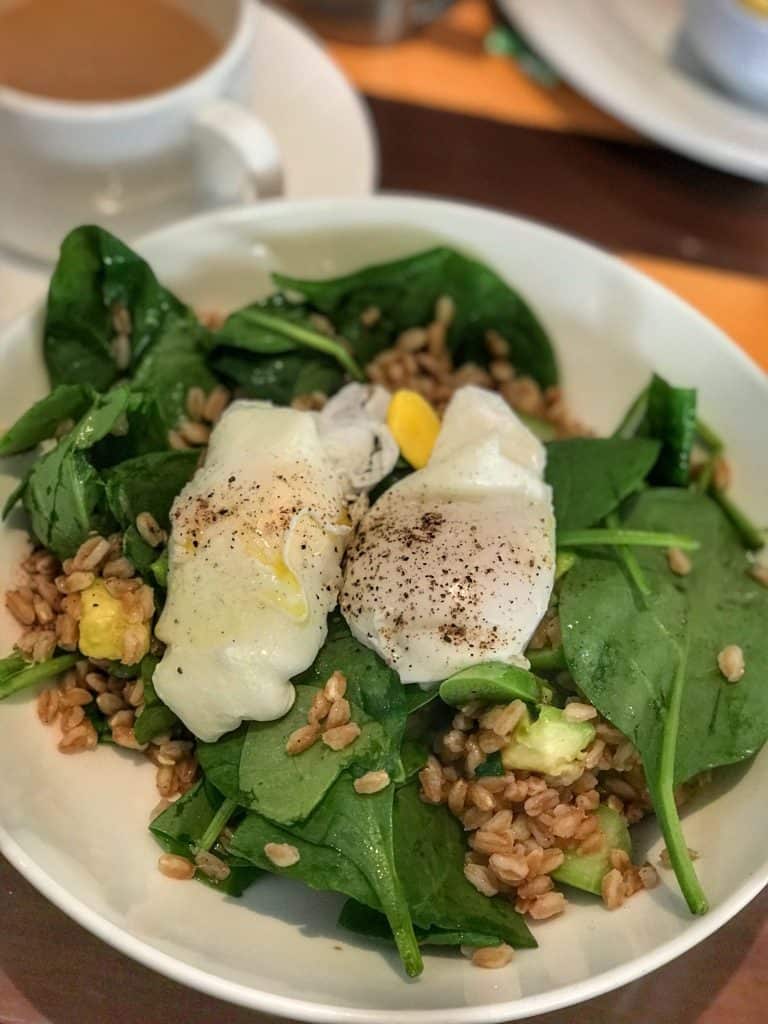 Any time I take a road trip I try and work in as many friend visits as possible. I spent many years as a military wife and now many years as an online influencer and because of these two things I have friends all over the United States. One nice thing about the Kia Niro is it seats 5, so I can get 4 friends in there.

I have several friends that live near Orange County, including Patti from Living Mi Vida. You may recognize here from our trip to the Dominican Republic with Travelocity. We were able to have a quick breakfast together before I headed out on the road trip. It was so awesome to see her! We both got the farro bowl made with asparagus, avocado, baby spinach, extra virgin olive oil, and poached eggs at Silver Trumpet shown above. It was as good as it looked and I was proud of myself for making a healthy choice after eating like a pig the night before. 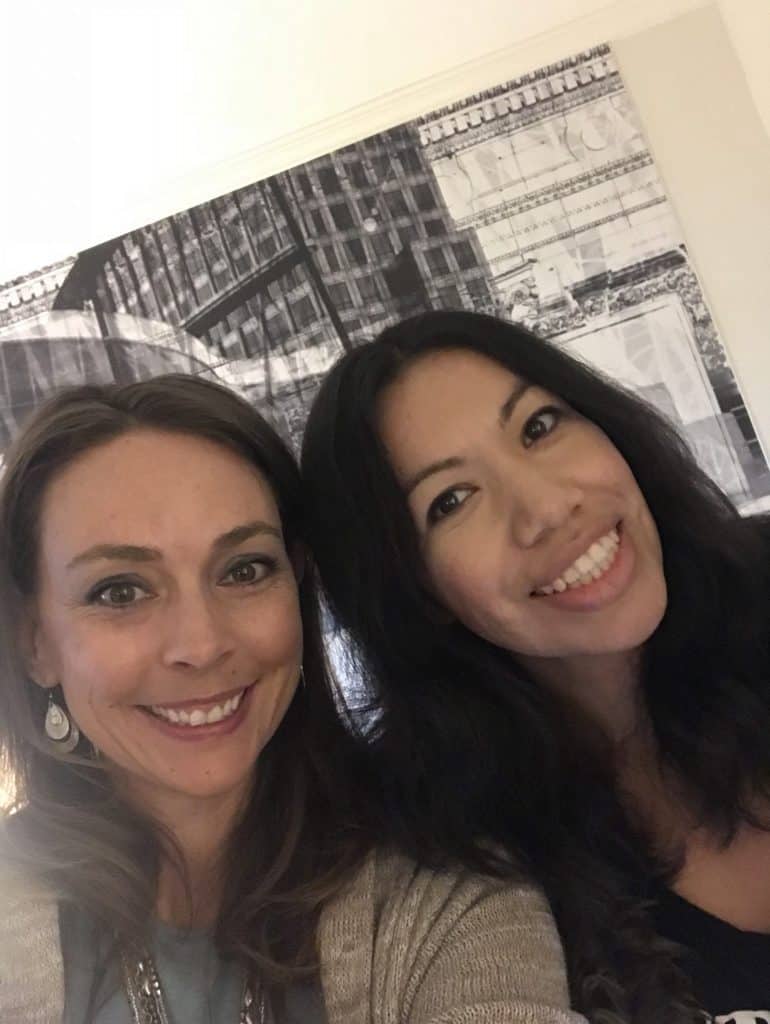 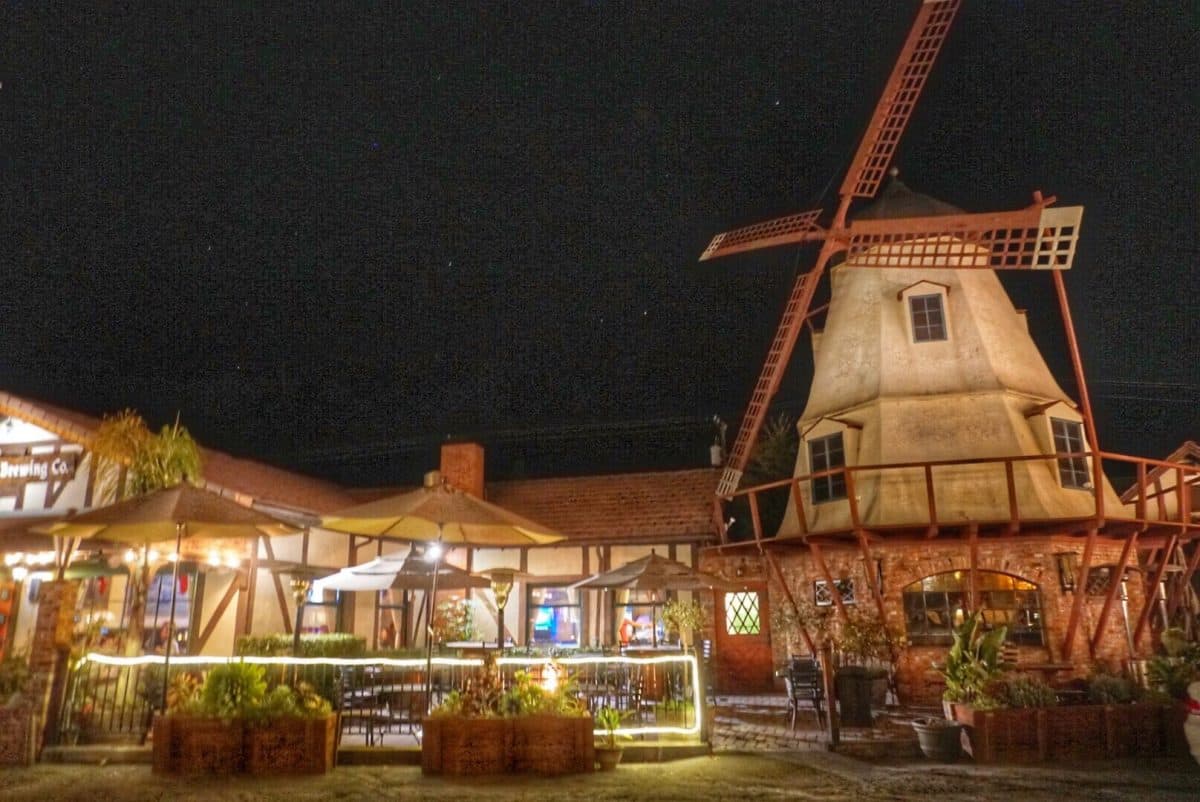 Our plan was to stop for dinner in a European looking town, Solvang. This Danish town is adorable and really something to see. Solvang is full of quaint shops full of porcelain, leather and all things European.

It took us a really long time to get there, because I missed 3 or 4 turns. Nik got a little irritated with me after the first couple of missed turns. He also seemed to think that I am not the best driver. I told him not to worry the Niro plug-in hybrid has Autonomous Emergency Braking, Lane Keep Assist and Smart Cruise Control, so I am not going to hit anyone. You can see in this video that I busted him going on Facebook Live to complain about my driving!We stopped long enough to charge up our Kia Niro and have a beautiful meal at Succulent Cafe. It takes 2 hours to charge on a level 2 charger. If you are charging you use the 120 V charging cable that comes with the car and stores nicely in a little storage area in the back.

I highly recommend stopping in at Succulent Cafe and having a charcuterie and a glass of wine. They serve it on a pig shaped cutting board and it makes for an awesome Instagram post and it’s tasty. 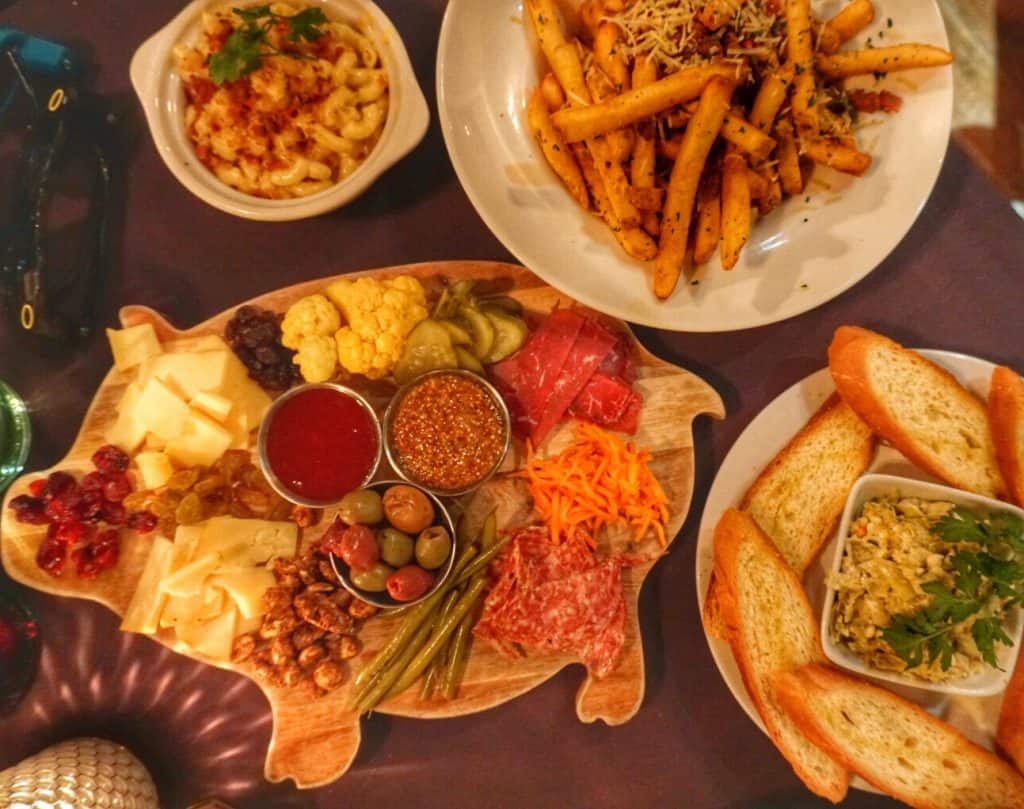 The charcuterie at Succulent Cafe 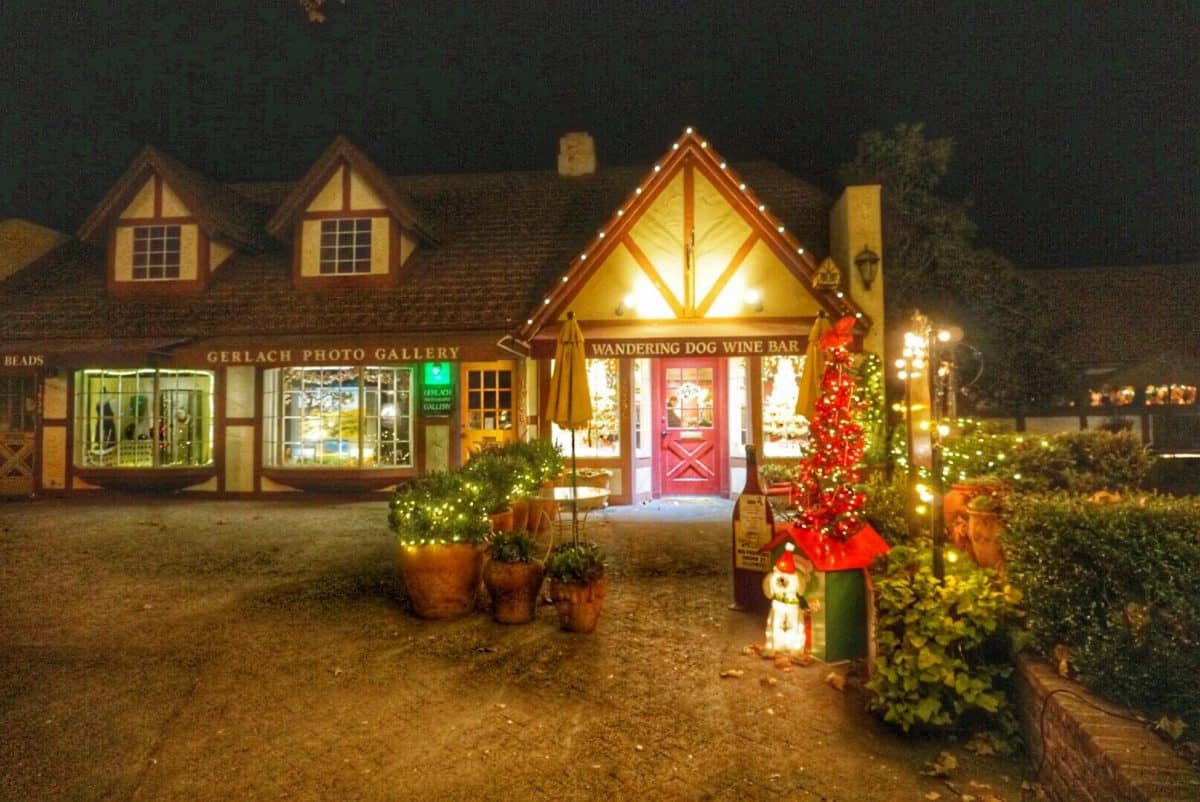 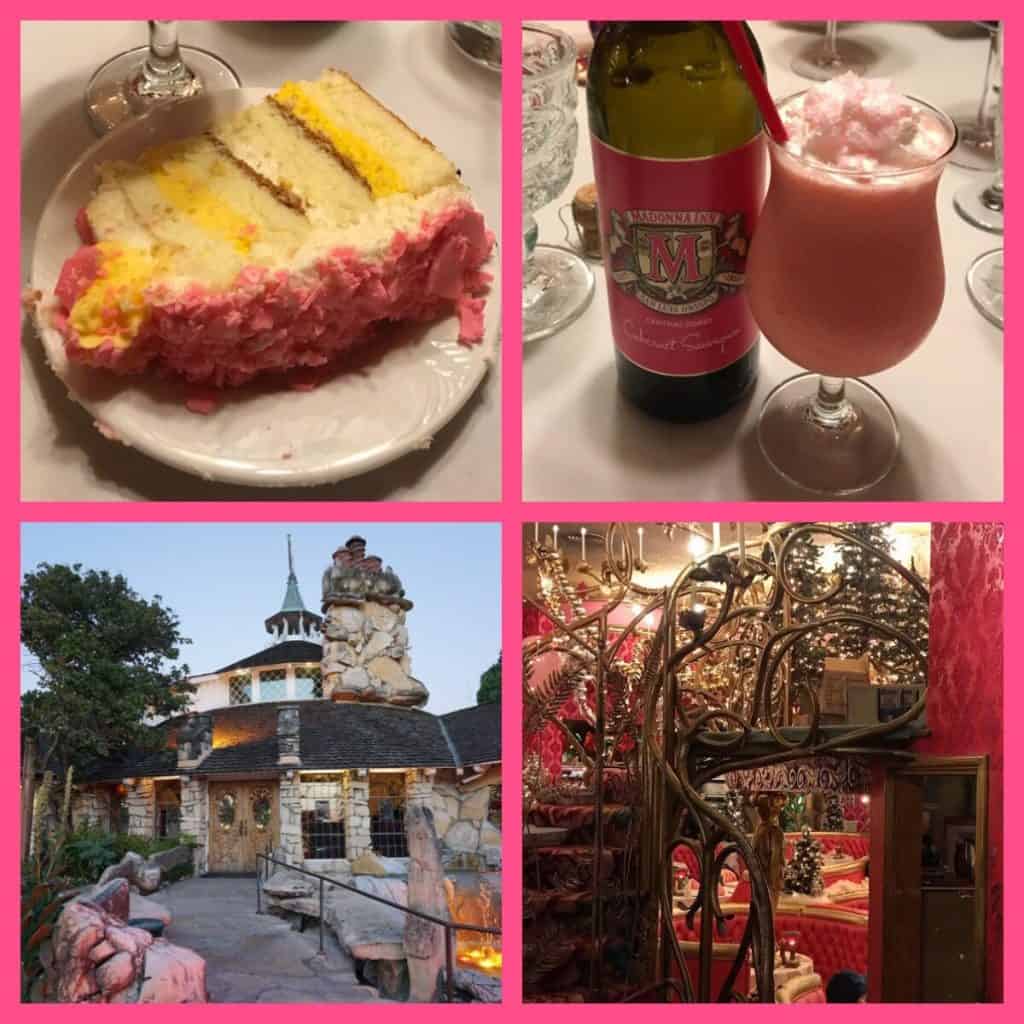 We left Solvang and headed north to our next stop the Madonna Inn and iconic hotel in San Luis Obispo, California for over fifty years. The interesting interior design and architecture make this inn a one of a kind destination. Each of the Inn’s 110 rooms is uniquely decorated with a special theme and color scheme, there are no two alike! I got Nik the “Old English” room, because he’s British.

To me the Madonna Inn is a Barbie doll’s dream come true. Just look at it. Pink and hot pink layered in gold! I thought it was beautiful, Nik did not. Here I indulged in hot pink champagne cake, which I washed down with some sort of delicious pink frothy cocktail. Nik should have had a fruity drink and some cake. He would have enjoyed himself more. 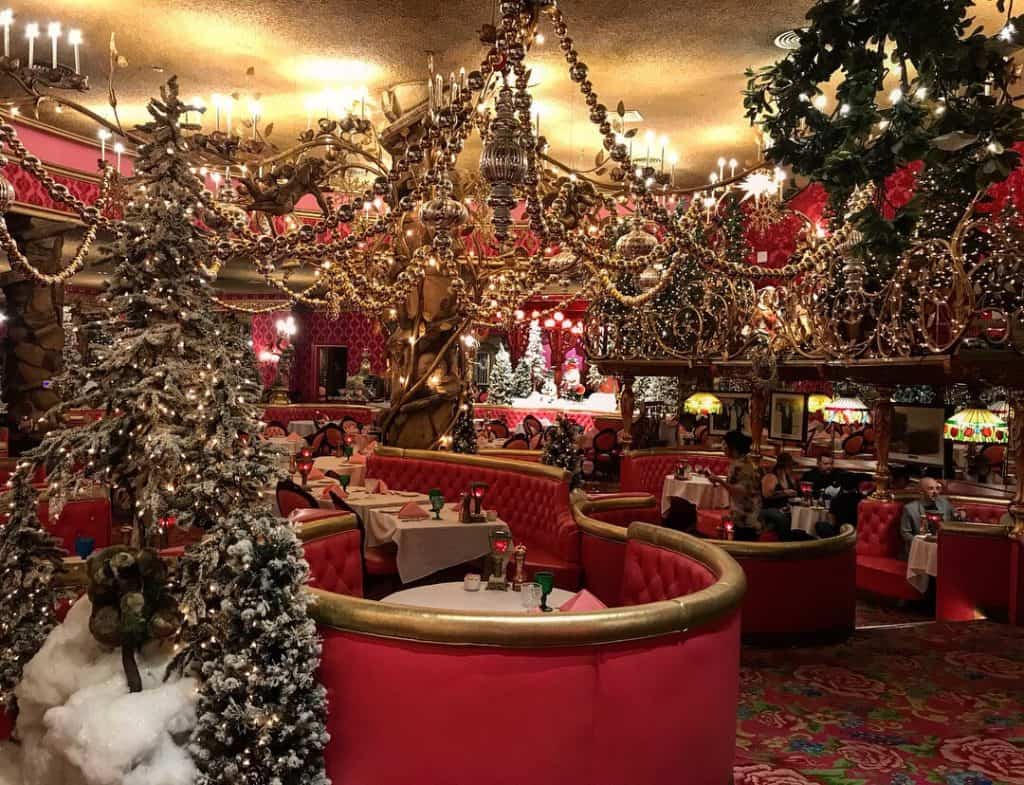 Is it difficult to charge?

The trip was not all smooth sailing. As you can see from this video, I had a hard time figuring out how to charge the car. The Niro Plugin Hybrid can charge in 2 hours on a level 2 charger. Now I was able to hook it up and charge it, but when I was done charging I couldn’t figure out how to release the plug from the car. It turns out if you just lock and unlock the car it will release the plug. It is super easy, but if you don’t know this…..then this will be you! (Note the Starbucks cup, he has a problem.)
I was a little worried that we would not be able to find charging locations, but it turned out to be quite easy. They set us up with ChargePoint accounts. We downloaded their app onto our phones and we were able to quickly find charging stations near our location. A nice perk of using ChargePoint is 50% of their charging stations are free. If we hadn’t had this app we could have just used Kia’s UVO eco App to find public charging stations. With the app you can set up charging times too.

What Does the 2018 Kia Niro Plug-in Hybrid Cost?

There are 3 models, the LX, EX, and EX Premium costing between $27,900 and $35,000. Don’t forget there are incentives for buying green vehicles. The federal tax rebate is $4,543 and state rebates vary. So, you will pay less than these prices.

In my opinion you need to get at least the EX, because it has a 10-Way Driver’s Seat Adjustment, with 2-Way Power Lumbar Support. Lumbar support is a big deal when you are on a long drive. I have a bad back and I can’t stand long trips if I am uncomfortable. I even had a little lumbar pillow I travel with. In the Niro I didn’t need the pillow and my back did feel exhausted after traveling 500 miles. 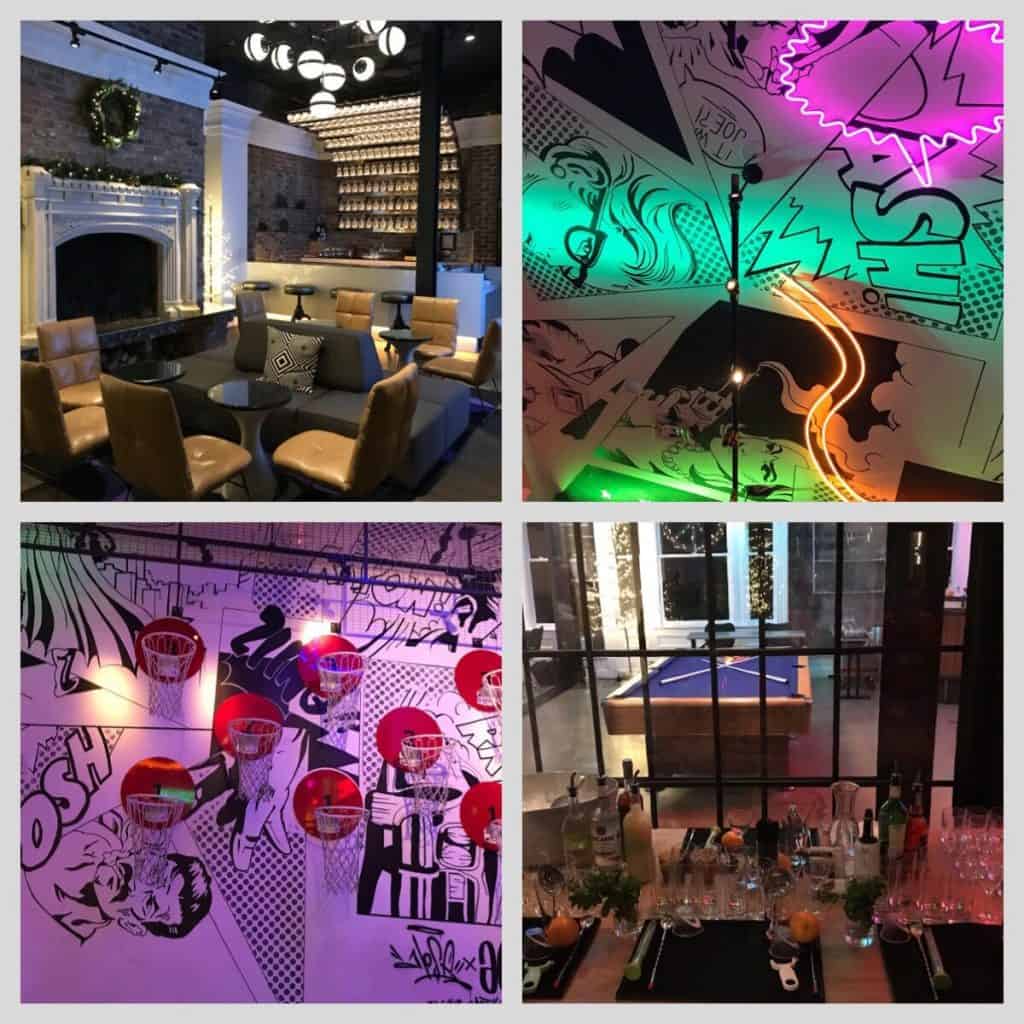 On the Road Again

Nik decided we needed to get on the road at 6 AM to beat the traffic. We arrived in San Francisco with plenty of time to take some fun photos. When we got done bouncing around the city we headed to Hotel Zeppelin where we found out that we were the first team to arrive. Now, you get no points for showing up first, but I still felt pretty good about it. Joe, from Joe’s Daily, threw down a separate challenge so we may or may not have been racing each other to San Francisco. I beat him badly.

Now, typically when I take a road trip it’s a trip with the kids. Unfortunately the kids were unable to go on this trip with us. I thought the perfect way to include them in the trip was letting them pick out what we should do when I got home. I had each kid pick out someone to support on Kiva.

Kiva is an international nonprofit, founded in 2005 and based in San Francisco (which I thought was fitting since the goal was to get to San Francisco), with a mission to connect people through lending to alleviate poverty. They celebrate and support people looking to create a better future for themselves, their families and their communities.

We picked someone from a country we have visited, a single dad in Honduras with three children who needed money to buy fertilizer and manure for coffee production. I’m a single parent, so I loved that they picked a single parent.

Did Nik and I win?

Of course we did! We found a loophole in the contest. Every time you charged the car you got 1,000 points. We charged the car 31 times. We each won a large Bluetooth speaker. A fitting prize since the EX Premium we drove had a Harman/Kardon premium surround sound system w with Clari-Fi, 8 speakers, and an integrated subwoofer. (The Clari-Fi restoration technology delivers music as it was intended to be heard. You can listen to the difference here.) To see how we won here’s a little video.