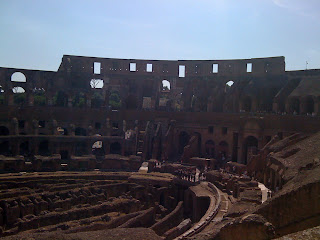 A few days ago I was eating at a restaurant and when I looked at the kids menu there was a picture of the Coliseum and I thought “I still can’t believe I was actually there”.  As a historian, I thought this was the most amazing place I had ever seen. My friend was hoping for a relaxing vacation, but for the four days we were in Rome, I drug him everywhere! Everywhere you look there is something to see and learn. 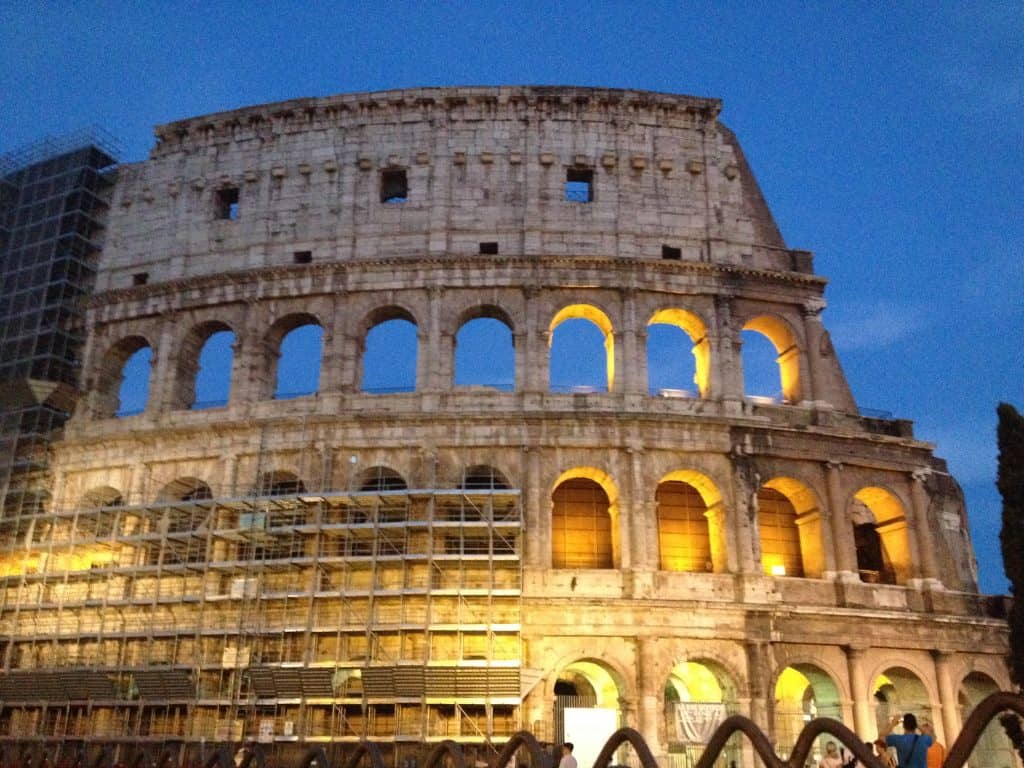 While we were in Rome, Italy we bought and used the Roma pass. I thought this was a big money saver. This pass gets you into two attractions and it was good was the bus and subway system. You HAVE to figure out the bus and subway system or you will walk until you can no longer move your legs! The great thing about the attractions is that some attractions are 2 in 1 or 4 in 1. For example, we chose to use it for a pass to the Coliseum, but it included a pass to get into the Roman Forum. So, essentially we got 2 for 1 because it only counted for 1 attraction. 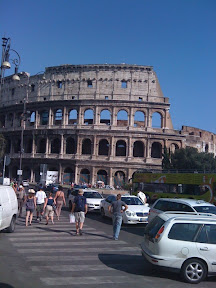 The Coliseum did not disappoint. Although it looks just like it does in pictures, there is so much more to see. To walk through it was amazing. There is a part underneath with all kinds of history and artifacts. 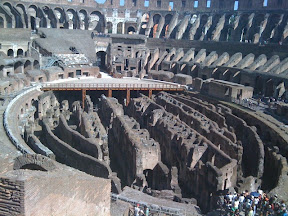 In this picture you can see what it looks like today, but if you look at the very end of the pit you will see the floor they have rebuilt. Used to, when this was actually used, a floor completely covered the bottom area along with a ton of trap doors. The “actors” could pop out all over the place; as could the animals that were about to eat them! They also had the ability to put water through there for various events.  The whole Coliseum was much more advanced than I had realized. 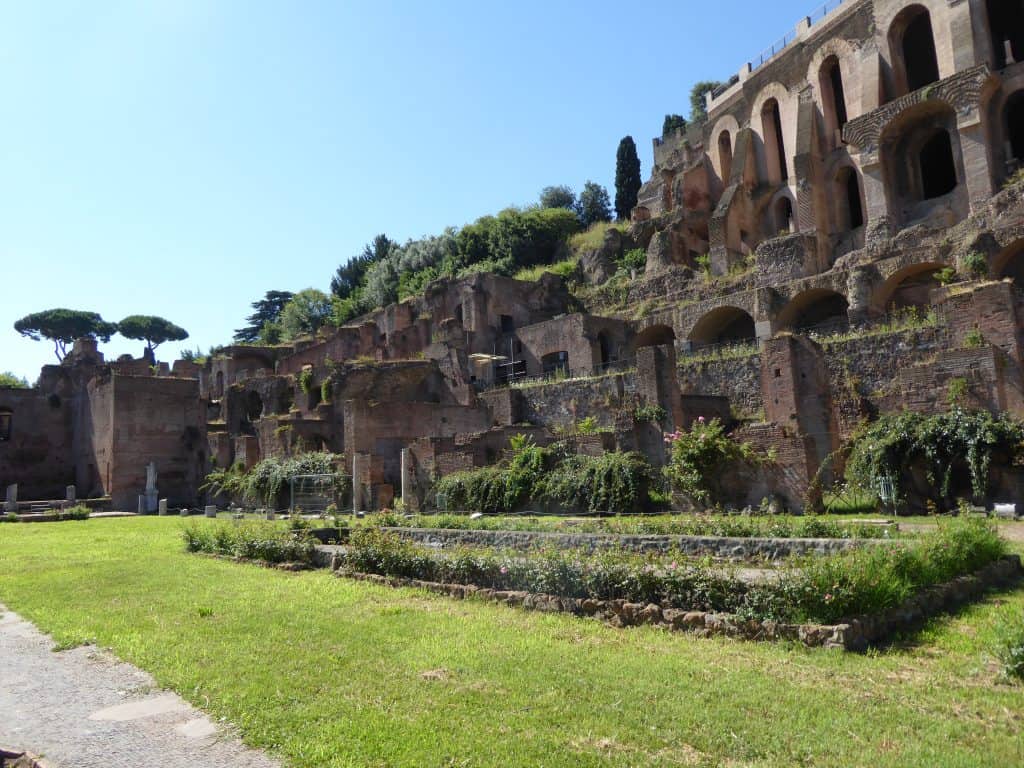 The History of the Roman Colosseum

The Colosseum of Rome is arguably the most popular monument in the Eternal City and every year millions of tourists flock to central Italy to see it. Finished in 80AD during the Flavian era, its original name was the Flavian Amphitheatre and it quickly became known as an iconic symbol of Imperial Rome. The Emperor Vespasian had started the construction of the Colosseum in 72AD but died in 79AD before its completion, leaving his son Titus, Rome’s next Emperor, to finish the project.

The Emperors of Rome always attempted to out-do their predecessors. It was in a Roman male’s beliefs that one had to do better and achieve more than their fathers, so that they could be considered a worthy Roman. This was especially true for Emperors who had to look worthy enough to lead the people.

Many Emperors decided to entertain their people to appease them, Vespasian took this idea one step further by building the awesome Colosseum. Holding up to 50,000 citizens of Rome, an underground network of walkways, cells and holding cages for animals, prisoners and gladiators, the Colosseum is a huge and impressive structure. The Colosseum was free to enter and even included a mechanized, man-powered awning called a velarium to cover the spectators from intense heat. 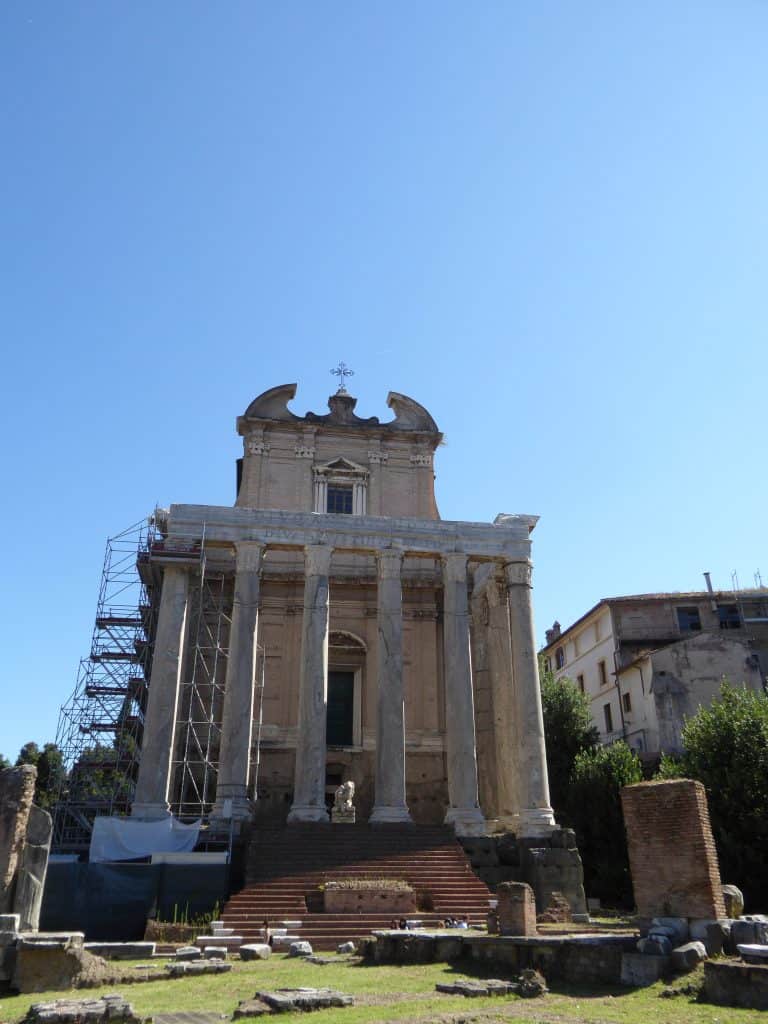 There were 80 entrances to the Colosseum to help the huge crowds get in and out of the structure quickly. It is thought that 76 of those entrances were for public use and the others were reserved for the Emperor and those of elite status. There was a special box reserved for the Emperor and senators at the games and the best seats in the Colosseum would also have gone to the rich and noble families of Rome.

As you walk towards the Colosseum, its size and grandeur is almost overwhelming, and if one considers it so in this modern world, then how must it have been viewed and what effect must it have had on people over nearly 2000 years ago? 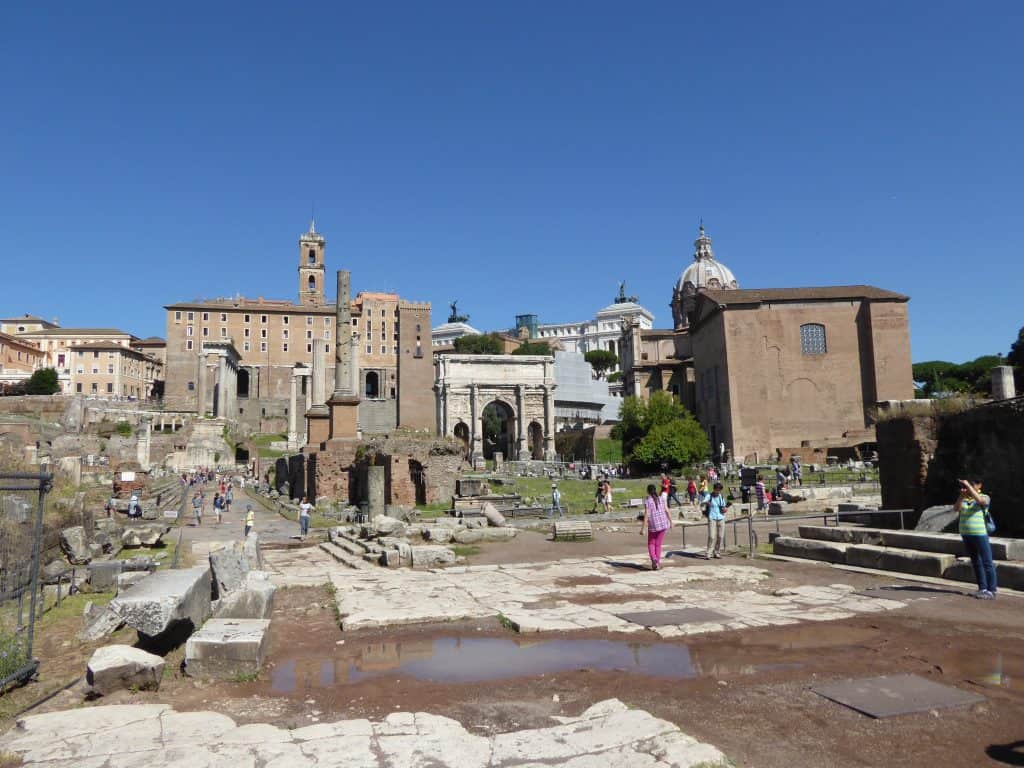 Much of its former glory has been lost over the centuries due to earthquakes, fires and stone-robbers, but the fact that the main structure is still standing is testament to Roman technology and earthquake engineering. In fact, it is thought that the Roman recipe for concrete was actually superior to that which is used in modern times.

Inside the Colosseum the atmosphere would have been immense and one truly gets that feeling when they walk around the Colosseum today. The entry price is around 10 euros during the summer months, which is a small price to pay to wander amongst one of the most recognizable and monumental buildings ever constructed.

The spaces under the many arches that make up the Colosseum were once filled by statues, and one can only imagine how magnificent that would have looked. The worksmanship that went into the Colosseum’s construction is still apparent from both the inside and outside even today.

Games were held regularly at the Colosseum, sometimes the games would even last for hundreds of days straight, to celebrate victories in battle, new Emperors and commemorate dead heroes or dead Emperors.

Contrary to popular belief, evidence shows that despite the violent nature of the games, not many gladiator duels ended with the death of the losing gladiator. Gladiators were the celebrities of Ancient Rome and each had their own followers. They were a prized commodity in Rome and were relatively well protected from death. Of course, accidents did happen and sometimes there were duels to the death.

It has been estimated that approximately half a million people and a million animals died in the Colosseum games. This number would have been considerably higher if gladiators had perished every time there was a duel. The majority of those deaths would have been prisoners and sacrifices. Other than duels between gladiators or gladiators and animals, there were re-enactments of ancient battles, sacrifices and displays of exotic beasts. 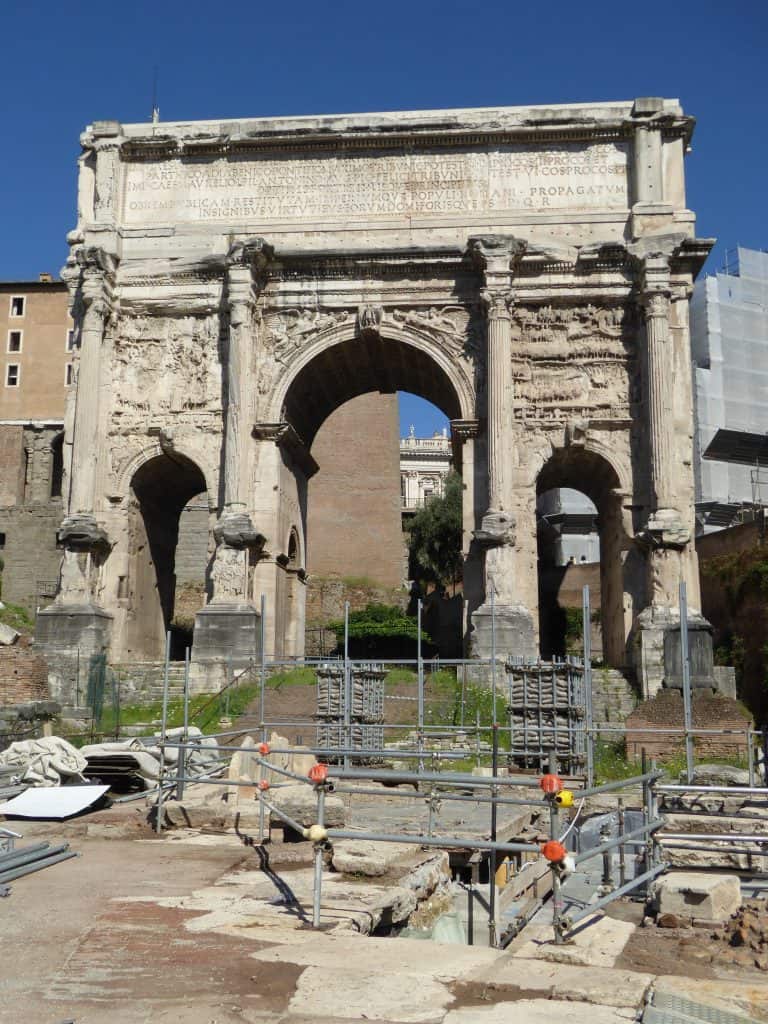 The city of Rome today is a monument to the Ancient Rome itself. A city that will, without second thought or hesitation, preserve everything about its history is surely an example that other places should follow. Too much of what came before us is lost, but this is not so in the Eternal City, aptly named for sure.

The Colosseum is a must visit location, however, due to its popularity as a tourist destination, it can get very busy during the summer season, especially in July and August. Early summer or late spring is a great time to go to try and beat the crowds. Wear sensible shoes when you are going to visit the Colosseum as the ground can be uneven.

Also, remember to take your camera and get plenty of photos while you are there, this is a building like no other that has stood the test of time and is recognizable the world over, treat it as such. Guided tours are also available and a great way to find out more about the Colosseum and its epic history. 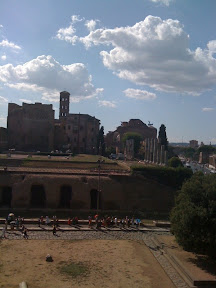 We did not take a tour, but instead walked around reading the signs and listening to a Rick Steves podcast tour. These podcast tours are free and awesome. It was easy to understand a tour given by an American. 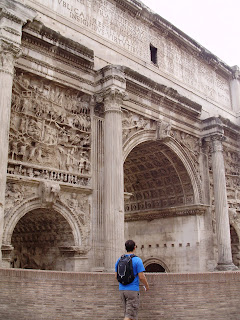 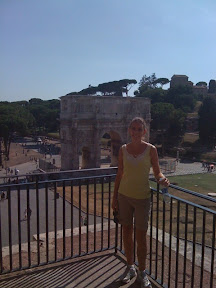 This huge thing behind me was 1 of 3 remaining structures that mark the entrance to the old city. Way behind me is also Palatine Hill. Until we were there in person, it never occurred to me it was named that because it was built on a massive hill. Someone actually recommended skipping Palatine hill and I’m so thankful we didn’t. Back there we saw what remained of Augustus’s house and a small arena where the important people were entertained.

Just seeing these three things was a full day. A wonderful day!