The Sagrada Familia is the most famous church in Barcelona designed by Gaudi that they have been building for 100 years. 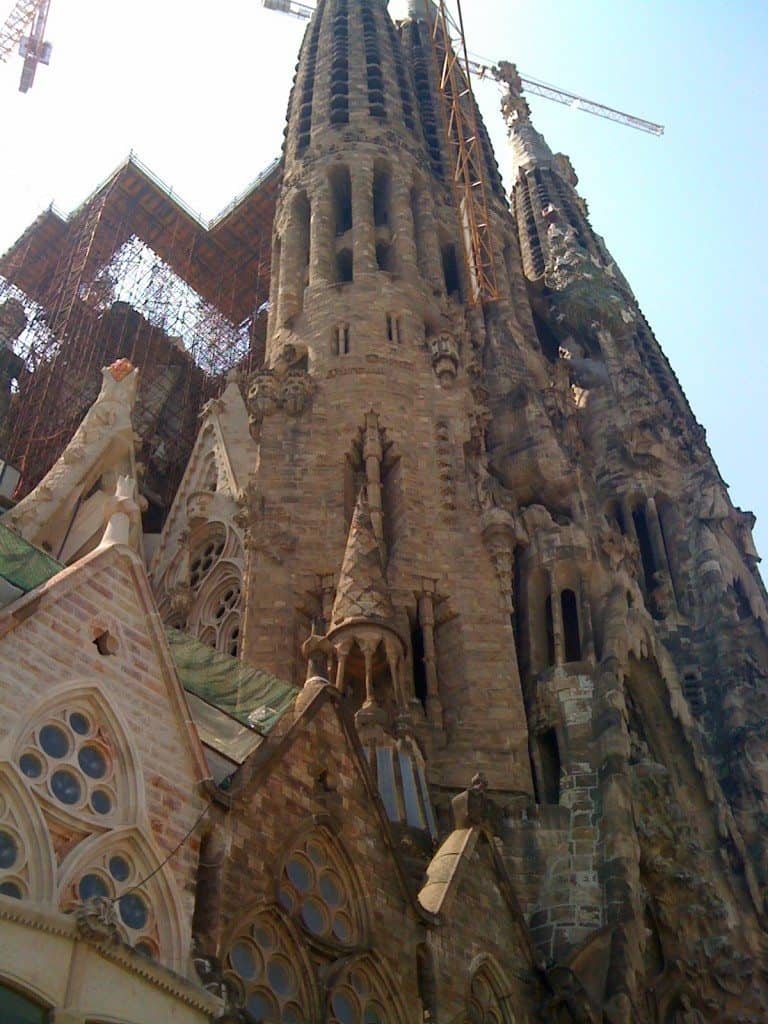 When visiting Barcelona you cannot fail to notice the work of Antoni Gaudi, the Catalan architect who designed the church and whose work can be seen in many places in Barcelona. In Gaudi’s works there are the most diverse construction techniques, and great architectural innovation due to his knowledge of geometry.

Unfortunately, Gaudi was run over by a tram and died in 1926, at age 73. He is buried inside the church. He had spent more than 40 years working on the church, and knew that it would never be completed in his lifetime, but had drawn plans so that the church could continue to be built after his death, which is what has happened and continues to this day.

Four architects have continued to work upon the church and despite some of Gaudi’s plans being destroyed in the Civil War, they have been able to continue with reconstructed plans.

On arriving at the church, there are often hundreds of visitors both inside and out, walking around and taking photographs. At the front you are facing the facade which is known as ‘The Passion’. There are 3 facades in total : The Passion, The Nativity, and The Glory which is not yet completed. The three different sides, each represent the three parts of faith. Walking around the perimeter of the church, you will be amazed by the work and detail which has gone into the two facades you can see.

The Passion facade depicts the story of the Last Supper and betrayal of Jesus, through to his crucifixion, with four spires rising above which represent four of the apostles. The Nativity facade is the oldest facade. This facade is the favorite of many visitors because it was completed before building work was interrupted due to the Civil War in 1936, and it is also the facade which depicts the most Gaudi influence.

You will also see the crypt, the wall of the apse and facade of the Nativity, these are all parts carried out by Gaudi himself, and the subsequent works which have been and are still being carried out by the architects, who were left the task of interpreting the complicated sketches and models which Gaudi left after his death.

The crypt, apse, and Nativity begin in a neo gothic style and develop into an ornamental style based on natural and animal forms worked in stone.

It feels like it is three buildings combined into one, as it is three very different styles, but somehow it works and fits together, making it probably one of the most unique building you will ever see.

There is a small souvenir shop which sells small ornamental replica’s of the church, as well as photographs and books, along with the usual bookmarks, fridge magnets, pens etc.

Some people have said that the work should be brought to a halt, and the church left as ‘Unfinished’ as a mark of respect to Gaudi, but most people want to see the church completed, hopefully one day it will be. 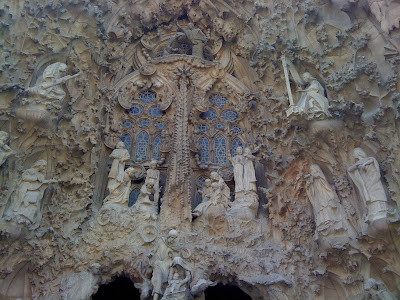 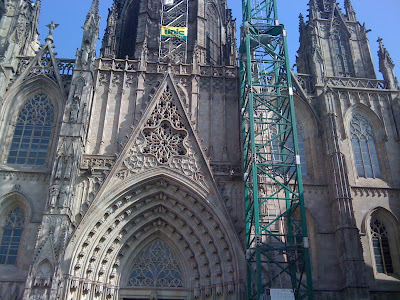 Gaudi designed it and Barcelona has decided to follow through with it and keep building it until it is done.
It was 10 euros each to get in and that didn’t get us to the top. That was another 3 euros each and the line was about 3 hours long. Needless to say we never made it to the top. I think if I could go back and do it again, I would have waited in the line and gone to the top. Hopefully when they finish it it will be easier and quicker to get to the top, but from what I saw probably not.

We were able to walk through the entire downstairs and see all the work they have done and that they are currently doing. I thought the museum at the very end about the building and about Gaudi and how he designed it was fascinating!

When will the Sagrada Familia be finished?

Various dates have been mentioned for completion of the church, but it is envisaged that the church will be completed by 2026, which will mark 100 years since Gaudi’s death. No exact date can be given as the building of the church is funded entirely by charity and from the admission fees to visit the inside of the church. Also, there are a block of apartments facing the Glory facade which is currently under construction, and these have to be knocked down to allow the work to continue, and negotiations are ongoing with people who live in the apartments to agree compensation.