Do you have a favorite place to stay when you visit Walt Disney World?

We have stayed at all kinds of different places at Disney World and until our most recent stay our favorite place to stay was off property at Summer Bay Resorts, but Saratoga Springs Resort at Disney World just became our all-time favorite Disney hotel! Why you may wonder? Well, Saratoga Springs combined two things we like to have when we are traveling to Disney. It’s on Disney property and it has multiple rooms and a kitchen. I loved so much about Saratoga Springs that I almost do not know where to begin this review. 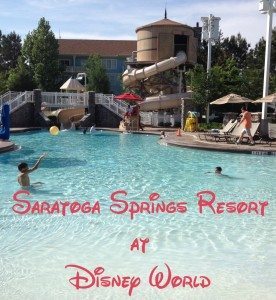 We stayed in the part of the resort named Paddock, which was right next to Paddock Pool. I was told by a staff member that this is a newer area and the buildings here have elevators. Apparently some sections at Saratoga Springs do not have elevators. 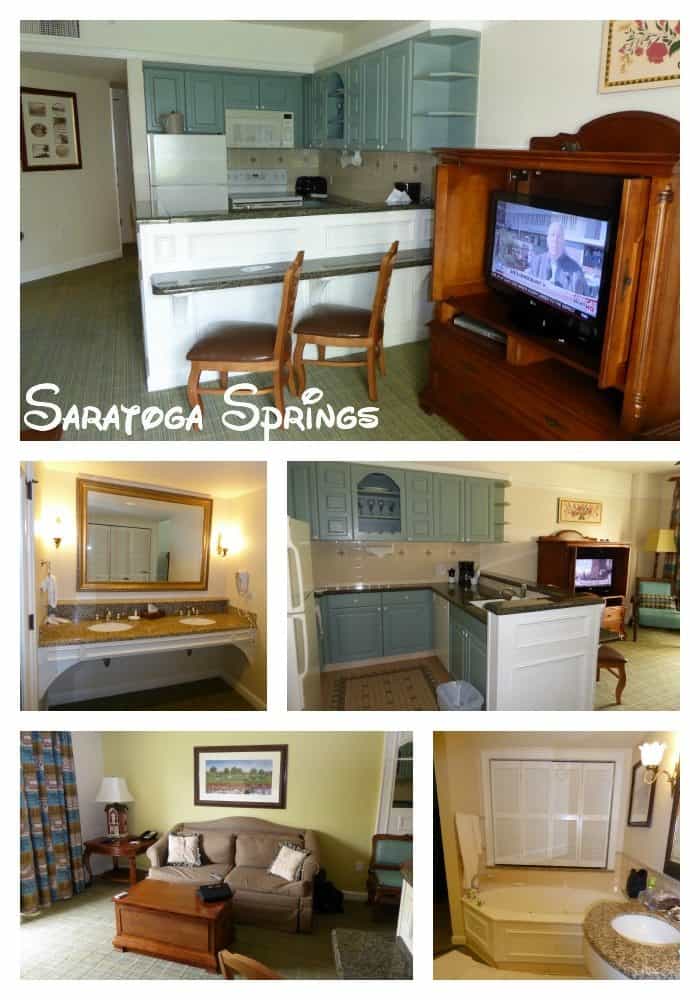 Our room was a two-bedroom with two bathrooms, a kitchen, a living room, a laundry room, and a patio. There was a pack n play crib in one of the closets and a high chair.

The master bedroom was oversized with a king-size bed and sitting chair, a jacuzzi tub, a separate shower and a walk-in closet. The second bedroom featured two queen beds, a table with two chairs, a nightstand, two closets, and a flat-screen tv.

The second bathroom is in the second bedroom. The bathroom had a bathtub and double sinks.

The living room had a tv, couch that folded out into a queen-size bed and a sitting chair. We did have a patio just outside the living room with two chairs and a little table. The bed that the couch made into was not your typical sleeper sofa. Instead of one of those awful mattresses that have springs that dig into your back, it was three separate pieces that were more like cushions. It’s hard to explain, but it was much better.

The kitchen was fully stocked with everything: stove, oven, microwave, dishwasher, utensils, plates, etc…. Upon request, they would deliver a mixer or other items.

Our pool, the Paddock pool was fantastic. They have multiple lifeguards on duty from open to close. There is a poolside cafe, The Paddock Grill, that serves breakfast, lunch, dinner, regular drinks, beer, wine, and cocktails. We had dinner and breakfast here and both were excellent and reasonably priced. We also bought one of the refillable mugs. for 16.95 plus tax, you can get a Disney refillable club. It can be refilled at any of the Disney World hotels with cold and hot drinks.

I should mention that this Disney Property is part of the Disney Vacation Club which is a timeshare. We do not own a Disney timeshare, but have a timeshare in Vegas and were able to trade through RCI. Because I booked through RCI I had to pay a $95 fee at check-in. If you are booking nightly the rates, average around $600 a night.

Perks of Staying at Saratoga Springs 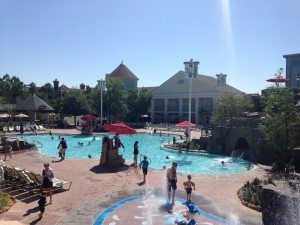 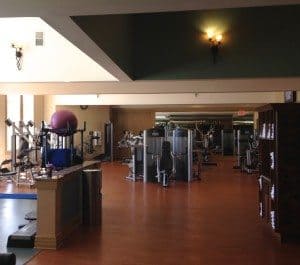