Serendipity 3 has been around for a long time and there’s a reason why. The desserts are outstanding and massive! They are best known for their large frozen hot chocolates. 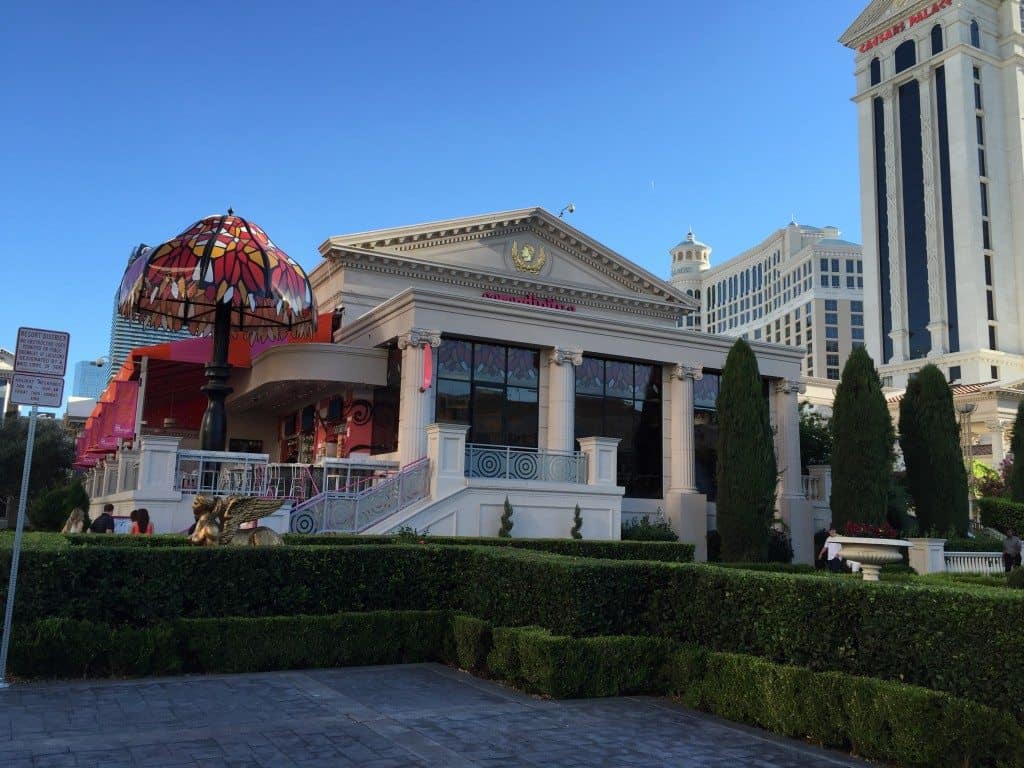 Serendipity 3 is hands down one of my favorite places to eat with kids in Las Vegas. It’s relatively expensive, but the portions are large enough to split.

Update: I am sad to report that Serendipity 3 has closed. Apparently the owner, Rowen Seibel went to prison for hiding over one million in taxable earnings from the IRS. The money was hidden away in undeclared “Swiss bank accounts and a Panamanian shell company.”

For those of you that loved their Frozen Hot Chocolate I have a bit of good news. You can order it on Amazon. The other good news, the one in NYC is still open. 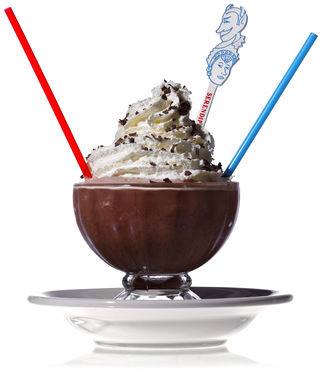 From the outside, this place looks huge. It’s a good size but not as big as it looks. Outside they have a large bar overlooking the Las Vegas strip. There is more outdoor seating behind the restaurant as well with a takeout window. We were there in the summer and it was just too hot to sit outside. If you are in Vegas without kids and want to eat here, just wait until the sun goes down and hit up this sweet patio. 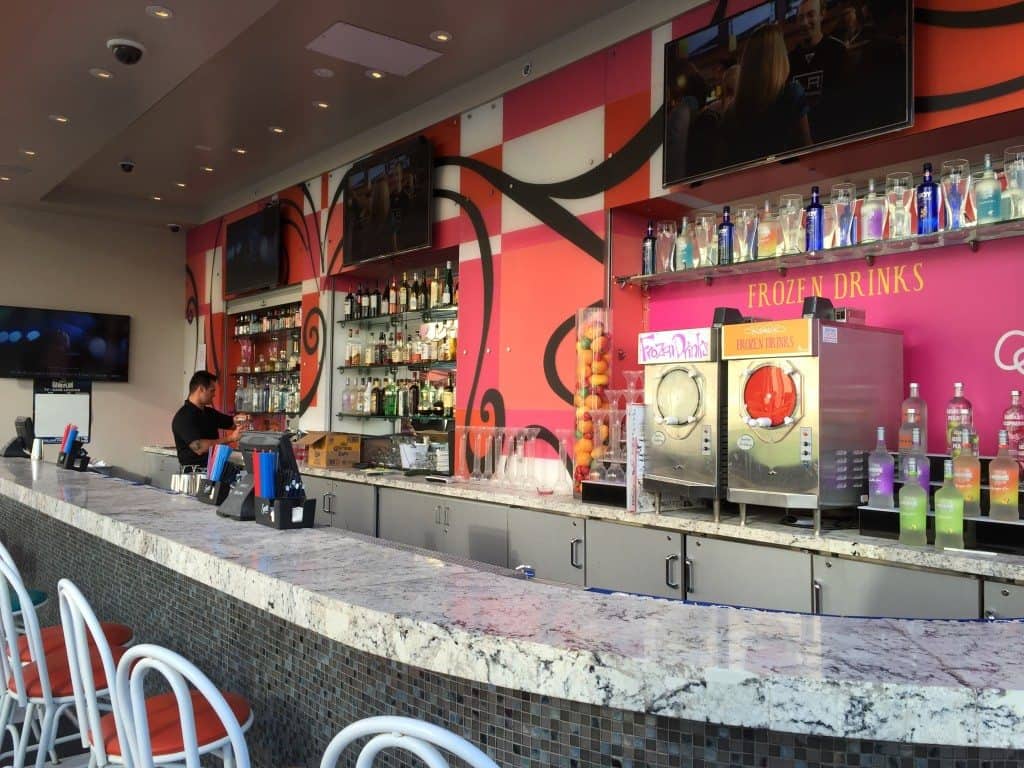 Unlike the original Serendipity in New York, Serendipity Las Vegas has massive portions. One plate of nachos was more than enough for my son and I to split. We couldn’t even finish it. The nachos cost $19. To be honest, I thought all of the food was overpriced, which is why we split an item. In the future, I would only go back for dessert. They do have a kid’s menu and give kids crayons to color with. Kid’s meals cost about $10 here. 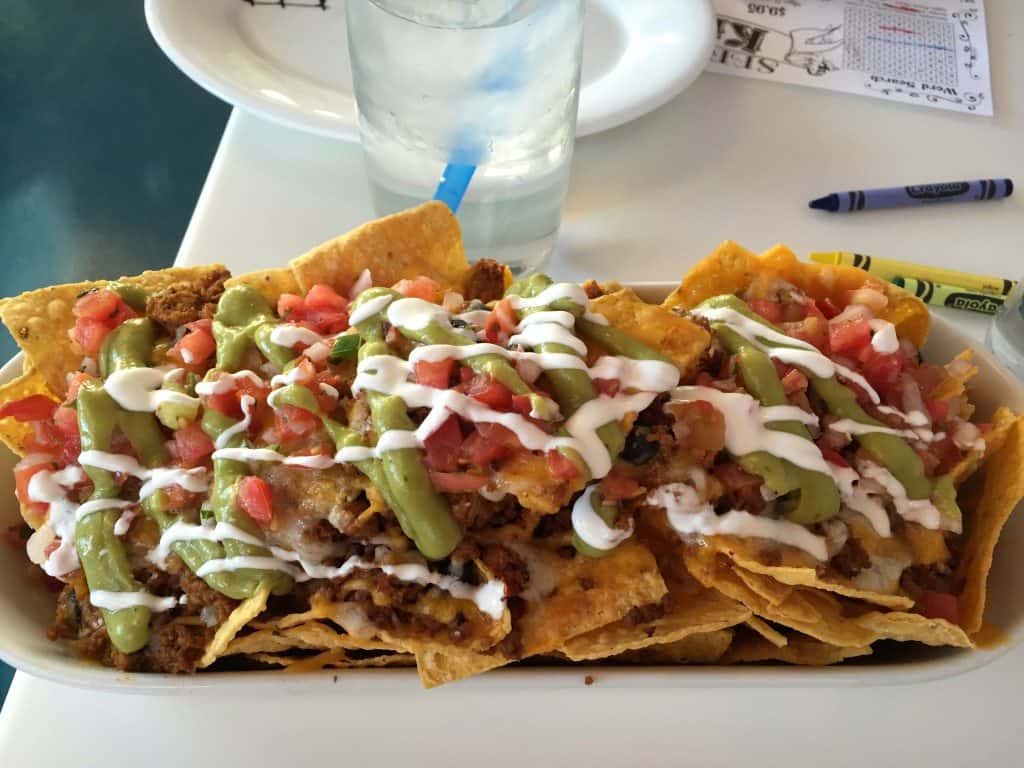 Of course, you cannot eat here and not order some ice cream. The entire place is an ice cream parlor. We split the “Coward’s Portion” banana split for $16. Look at the size of this monstrosity. Imagine if we had ordered the normal size! 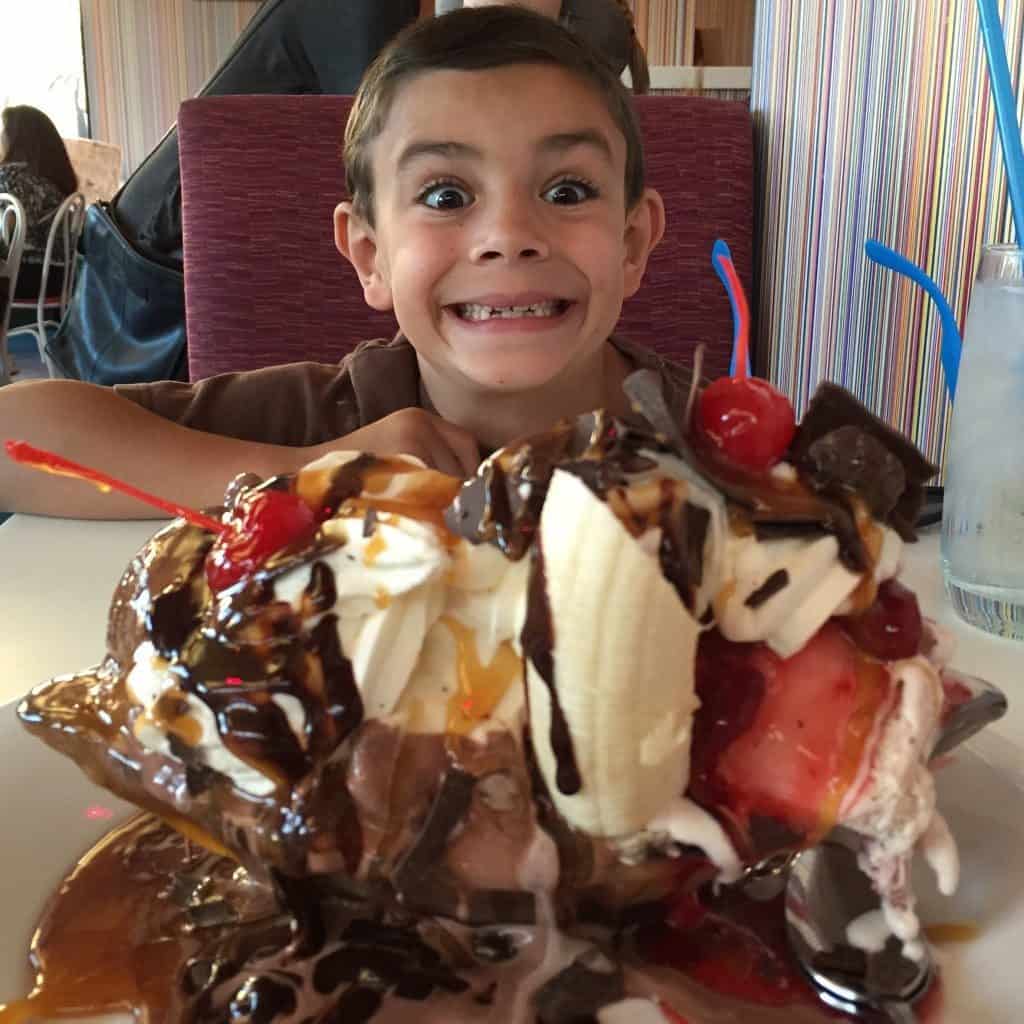 My daughter had the Forbidden Broadway Sundae for $15 which was basically piles of chocolate! 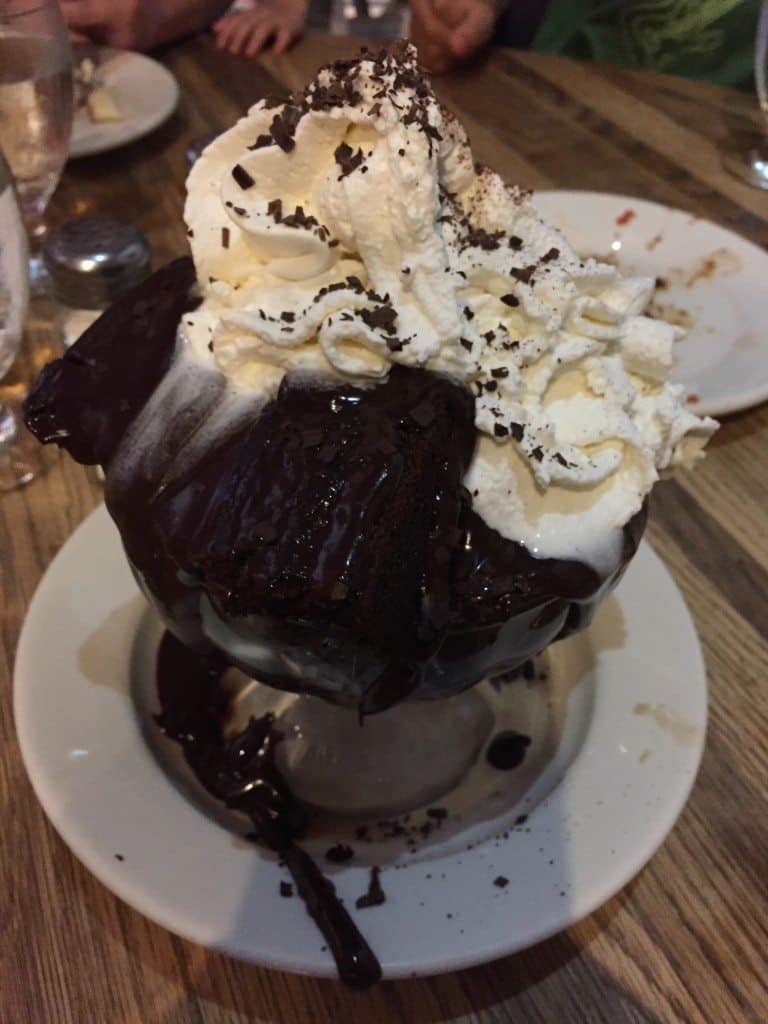