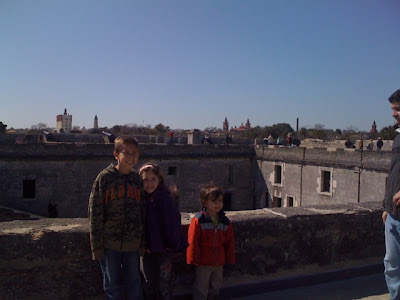 Back in March we got the chance to go to St. Augustine for the first time. This turned out to be a wonderful weekend getaway for our family.

Surprisingly, no one in Florida had recommended it to us. I came across it in a magazine. After reading about it, I decided it could be the perfect weekend trip.  We already had to go to Daytona Beach for a gymnastics meet on Sunday, which gave us plenty of time to hang out in St. Augustine first.

St. Augustine is the oldest city in the nation. There is an old Spanish fort here, Castillo De San Marcos. Which was built around 1672.  Some of it has been restored and most of it is still in very good condition. So much so, that you can walk all around the outside and the inside. There are other forts in the area as well, but we didn’t have time to visit those. We did find some other things to do in St. Augustine, though that were close by.

There were tons of neat shops and restaurants. I found out after the fact restaurant.com had lots of places in the old town on their website.

Of course, we had to go to the fort first thing.  It was cheap to get in. Once inside we got to walk across a restored draw bridge, look at various rooms and artifacts including lots of old cannons. We also got to watch a reenactment of soldiers preparing and firing a cannon. 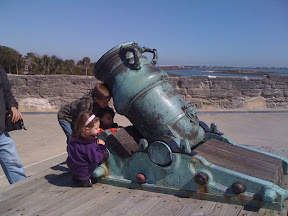 There were all kinds of cannons everywhere. There were a lot of other artifacts as well.  Afterwards we were able to walk around the entire outside. 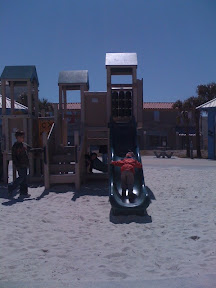 The old town was very cool. It reminded me of New Orleans and it definitely had a party vibe going as the sun went down.   At night time they did ghost tours of the area.  The tour guides were dressed as pirates.  We didn’t schedule a tour, because we thought it would be too scary for the kids.  After seeing the tour guides, I think it might have been okay.  I recommend staying in one of the hotels in old town. 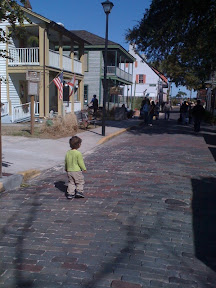 You can stroll down main street with your kids without worry, because there are no cars allowed. 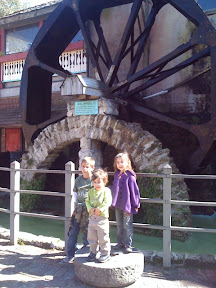 Go zip lining and check out a bunch of animals, including alligators, birds. 999 Anastasia Blvd. St. Augustine, FL 32080. They offer a 10% off military discount and have a coupon on their website.

This is an educational museum that transports you back in time over 300 years to Port Royal, Jamaica, at the height of the Golden Age of Piracy. Kids can go on a treasure hunt while exploring the museum.

Ripley’s Believe It or Not

The very first Ripley’s Believe it or Not is here. It is filled with kitschy oddities, including shrunken human heads & rare animal skeletons.

The Old Jail is a historic jail in St. Augustine, Florida that you can tour. They have live tour guides that are quite good. . It is located at 167 San Marco Avenue. It is listed on the U.S. National Register of Historic Places.

Hang out with dolphins at Marineland

Check out dolphins, sea turtles and a sand tiger shark at Marineland. You can also swim with a dolphin here.