Find out where you can find the Sugar Factory in Las Vegas and why adults and kids alike will love the massive cocktails and over the top desserts.

The Sugar Factory in Las Vegas is now open. It’s been a long time coming and this is the 4th location they’ve had in Vegas. Hopefully this time it’s for good. The new location brings the Sugar Factory back to the strip. The restaurant has some great features including The Chocolate Lounge on the upper level with wraparound views of the Las Vegas strip, a sculpture garden replete with decorative mazes, and LED displays. 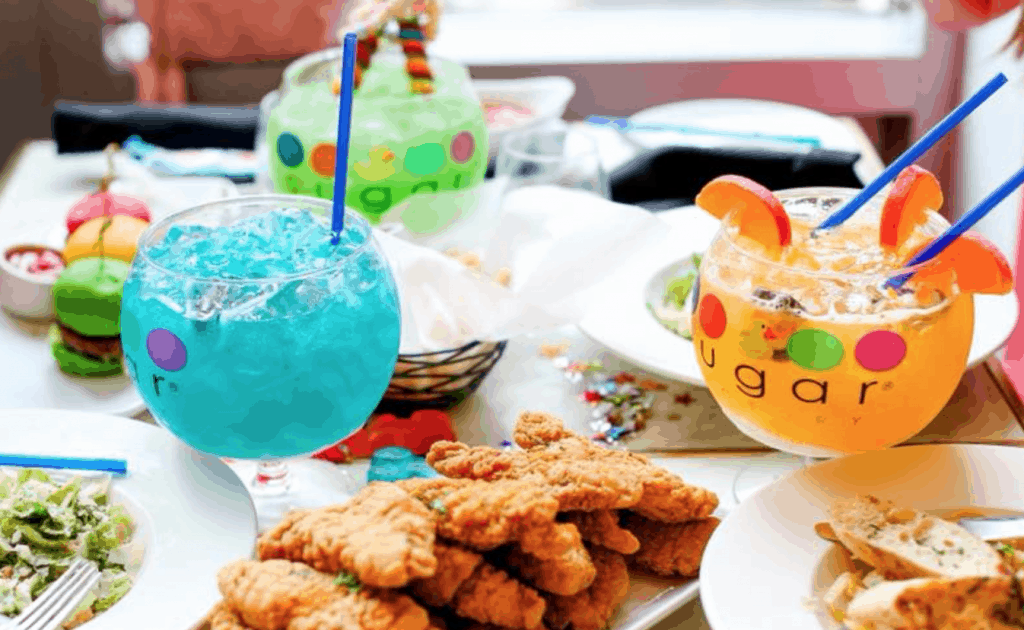 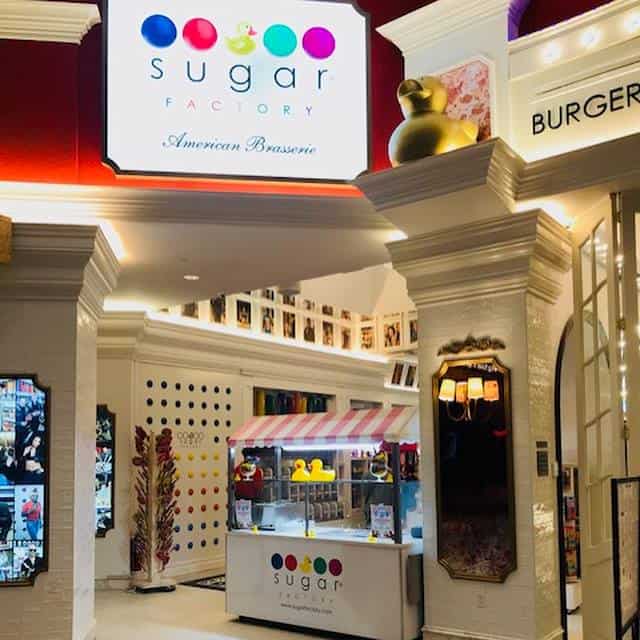 UPDATE Feb 2016: Finally, they are going to open a new Sugar Factory restaurant in Las Vegas on the strip at the Fashion Show Mall. This is fantastic news. I do not know the date for the opening, but I know it’s supposed to be bigger and better than their previous restaurant at the Paris. 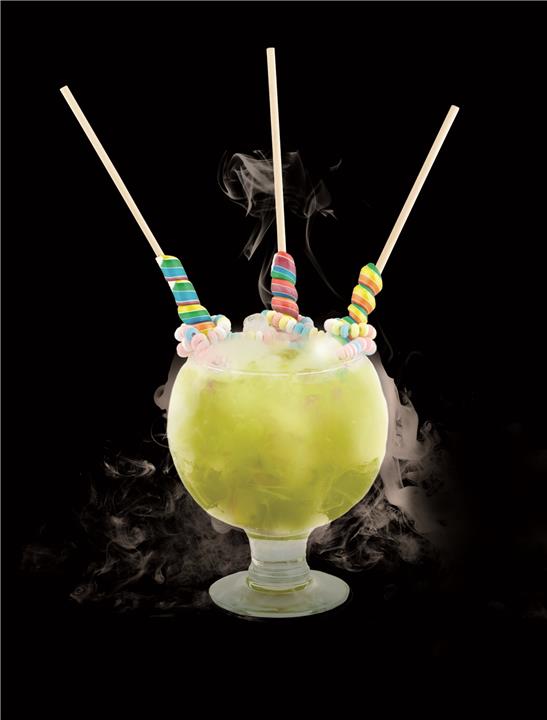 JUNE 2015 UPDATE: I was most disappointed to find that the Sugar Factory at the Paris hotel had closed. I found their location inside the Miracle Mile shops and it was a tiny little shop, nothing like the one they had at Paris. They did have candy for sale and a small goblet bar. So, you can still get one of their crazy cocktails! They also still have milkshakes. 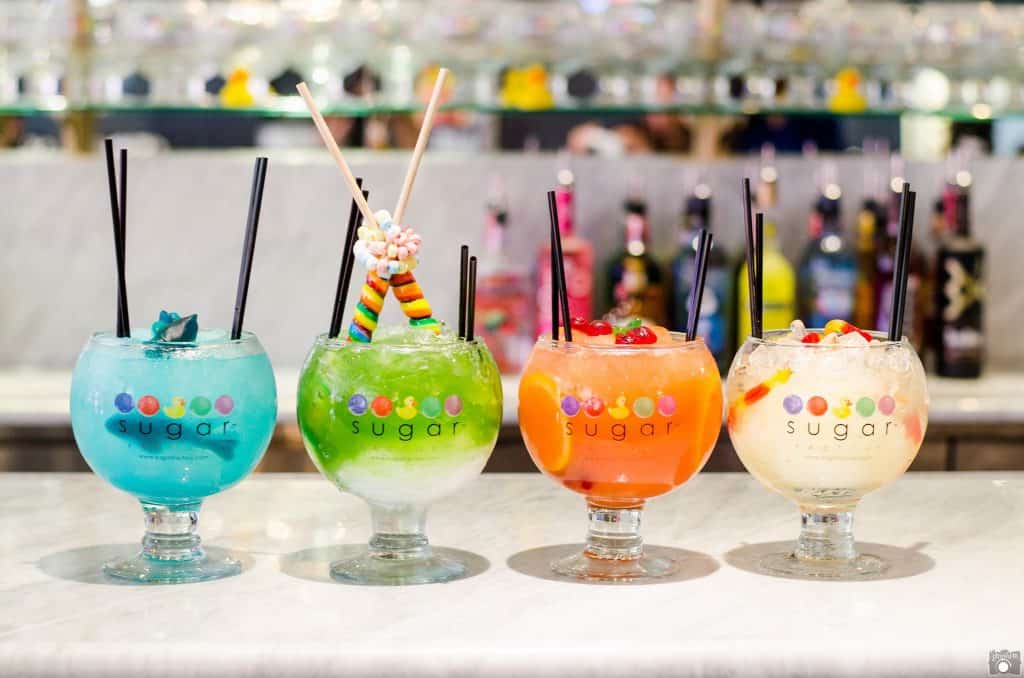 When I struck out finding a Sugar Factory along the strip I headed over to Town Place Square, where there was supposed to be another Sugar Factory restaurant. When I got there it appeared to be closed down. I am unsure when it closed, but it seems to be a recent thing.

The Sugar Factory is the brand new candy store that opened in front of the Paris Hotel, in Las Vegas that is known for couture lollipops.  I didn’t know that there was such thing as a couture lollipop.  I had bad feelings about this store because they knocked down the beautiful fountain in front of the Paris casino to build it.  I changed my mind after going in there. It is really well done and fun for the kids.

They let the kids sample candy for Free until they can decide what they want.  My kids, of course, took advantage of this and had at least ten samples. There is also an ice cream counter, hand made chocolates, and gourmet cupcakes. You are also allowed to sample the ice creams. My son sampled 4-5 of those!

This is the candy store that celebrities are known to go to, so if you are lucky you might just see one! Celebrity sightings include superstars like Kylie Jenner, Britney Spears, Drake, Nicole Scherzinger, Kim Kardashian. With the new location, they now offer celebrity meet and greets.

The other half of the store that I did not get any picture of is their restaurant, Sugar Factory American Brasserie.

**Are you ready to book your Las Vegas vacation? Let my personal travel agent to help you plan your trip.** 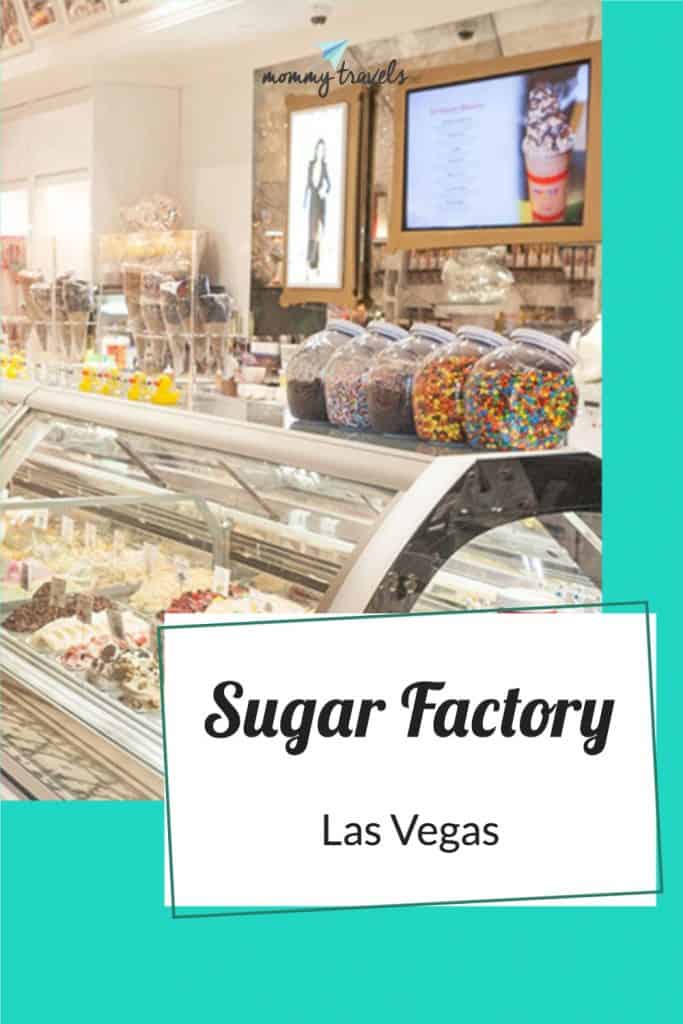