This was my second time to stay at the New Yorker, a family friendly hotel originally opened in 1930. It’s an older hotel in New York City, but well kept. The New Yorker Hotel was built by  Mack Kanner. When the project was announced in 1928, the designed building was planned to be 38 stories, at an estimated cost of $8 million. But, when it was completed in 1929, the building had  43 stories and cost of $22.5 million. The first time I stayed here I believe it was an independent hotel, but now days it is part of the Wyndham chain. So, you can use or earn points.

Our room had two beds, a small bathroom, a couch, two sitting chairs, and a desk.

The New Yorker utilizes their space well and I felt like we had enough room. A family of five could have stayed comfortably in there.

The mattresses were good. I actually slept and the heater worked great. The bathroom could use some serious updating and was really small.

The location was good. I know some people that would disagree with me on this, but I thought the location was great and the subway is right there. (Get the subway app for your phone, it’s a life saver!) The New Yorker is very close Macy’s department store, where you can see their famous Christmas windows!

We had a killer view of the Empire State Building from our room. 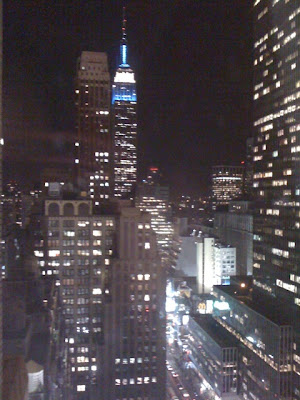 Here are a few pictures I snapped in the lobby. I wish I had taken some of the room, but I was having so much fun I forgot. 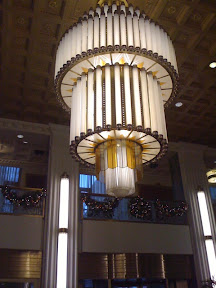 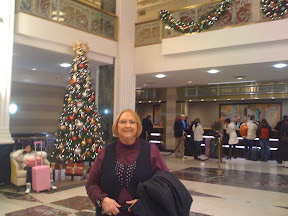 We had breakfast one of the mornings at the Tick Tock Diner, which is attached to the lobby. It’s greasy, but it was good.
Visit 6 New York attractions for just $79.00 CityPass price – $164.00 value!