The Truth behind Hotel Security

The Truth behind Hotel Security 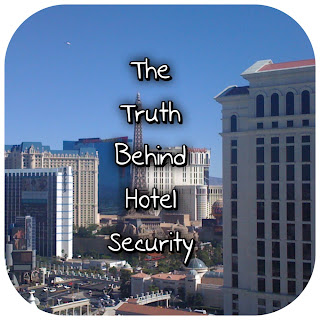 The truth about hotel security.

False Belief – No one comes in the room except the house keeper.
Truth – At any time, in a hotel where a card key system is used, there are many people that can gain access to your room.  Housekeepers, mini bar attendants, room inspectors, managers, maintenance, and more.

False Belief – There are cameras all over the hotel.
Truth – They have cameras in the elevators, but beyond that not many.

False Belief – The room has already been cleaned, therefore, no one else will enter the room.
Truth – Workers come in your room for many other reasons besides cleaning. For example: the head housekeeper may come into your room to inspect the work the housekeeper did.

False Belief – When the privacy light is on no one can enter your room.
Truth – These lights mean nothing to the staff.  One security officer at Caesar’s Palace told me that meant: Knock instead of using the doorbell.  A hotel manager at Caesar’s told me that 85% of people leave them on “accidentally” and become upset if their room is not made up.  The hotel policy is to disregard the privacy light all together and assume you left it on by accident.

False Belief – The room door shut all the way when I heard it slam shut.
Truth – Many of the doors are heavy and seem to slam shut.  Due to fire codes, that prevent smoke from spreading into rooms, there is a barrier all around the doorway.  The door slams into this and may or may not actually close.  You should actually push it a little until you hear the door click.

False – Placing items in the safe will prevent them from being stolen.
Truth – Items are often stolen right out the safes and sometimes the entire safe is taken from the wall.  (This is information I was told by a detective.)