Things to Do in the North of Scotland

Things to Do in the North of Scotland

Scotland is a country well known for its unique natural beauty. From towering mountains to rolling glens, crashing waterfalls to trickling streams, Scotland has it all. Head north to the highlands and you will find yourself amongst some of the most beautiful scenery in the world. From white sandy beaches to the mountains and historic castles, there is something for everyone in this breathtaking part of Scotland. Here are just some of the amazing places that you need to visit on your trip to the North of Scotland.

The weather in Scotland can be very temperamental and the north can experience some freezing temperatures in winter. Whatever season you choose to visit, make sure you are prepared with warm clothing and comfortable shoes 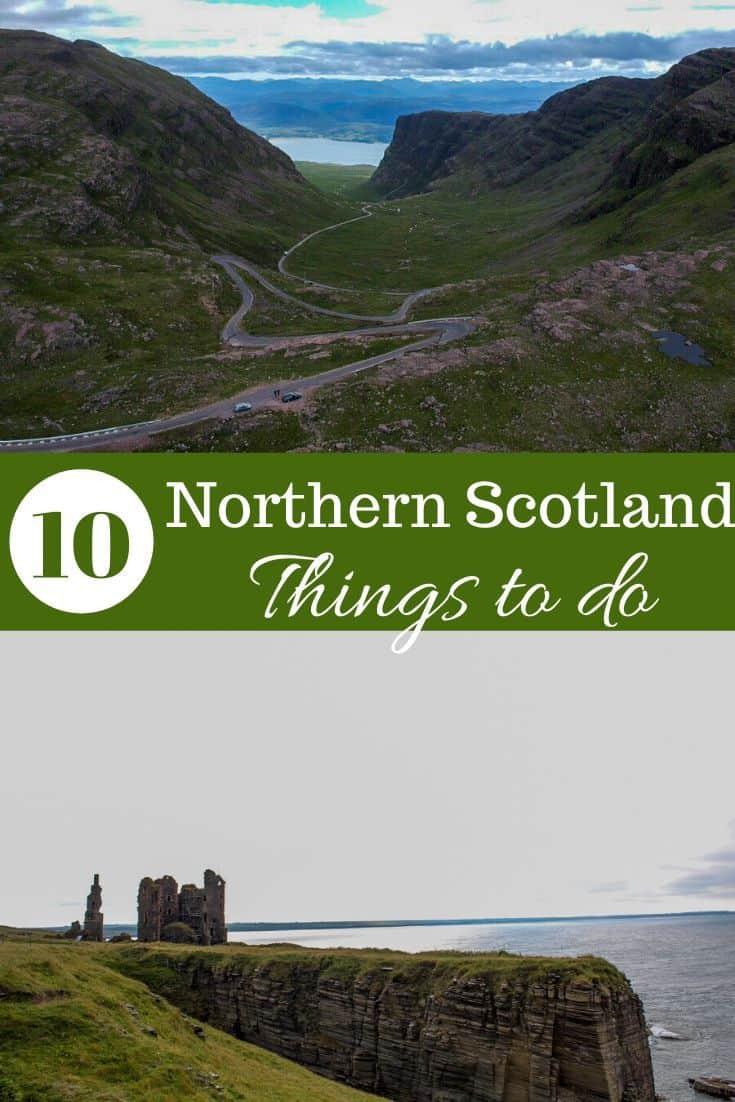 Lose Yourself on the Heart 200 Road Trip

At the beginning of your northern trip to Scotland is the incredibly beautiful area known as the Heart of Scotland. This up and coming part of the country has some of Scotland’s most historic sights, buildings, and tales of the old. The Heart 200 road trip is Scotland’s latest road trip, introduced in the Summer of 2019 after the hugely popular North Coast 500 exploded into the public eye.

If you are planning a road trip around Scotland then this route should be at the top of your list. Whether you plan on touring for 5 days or for two weeks, there are enough incredible sights to keep entertained on any length of trip.

Wild Camp in the Remote Highlands 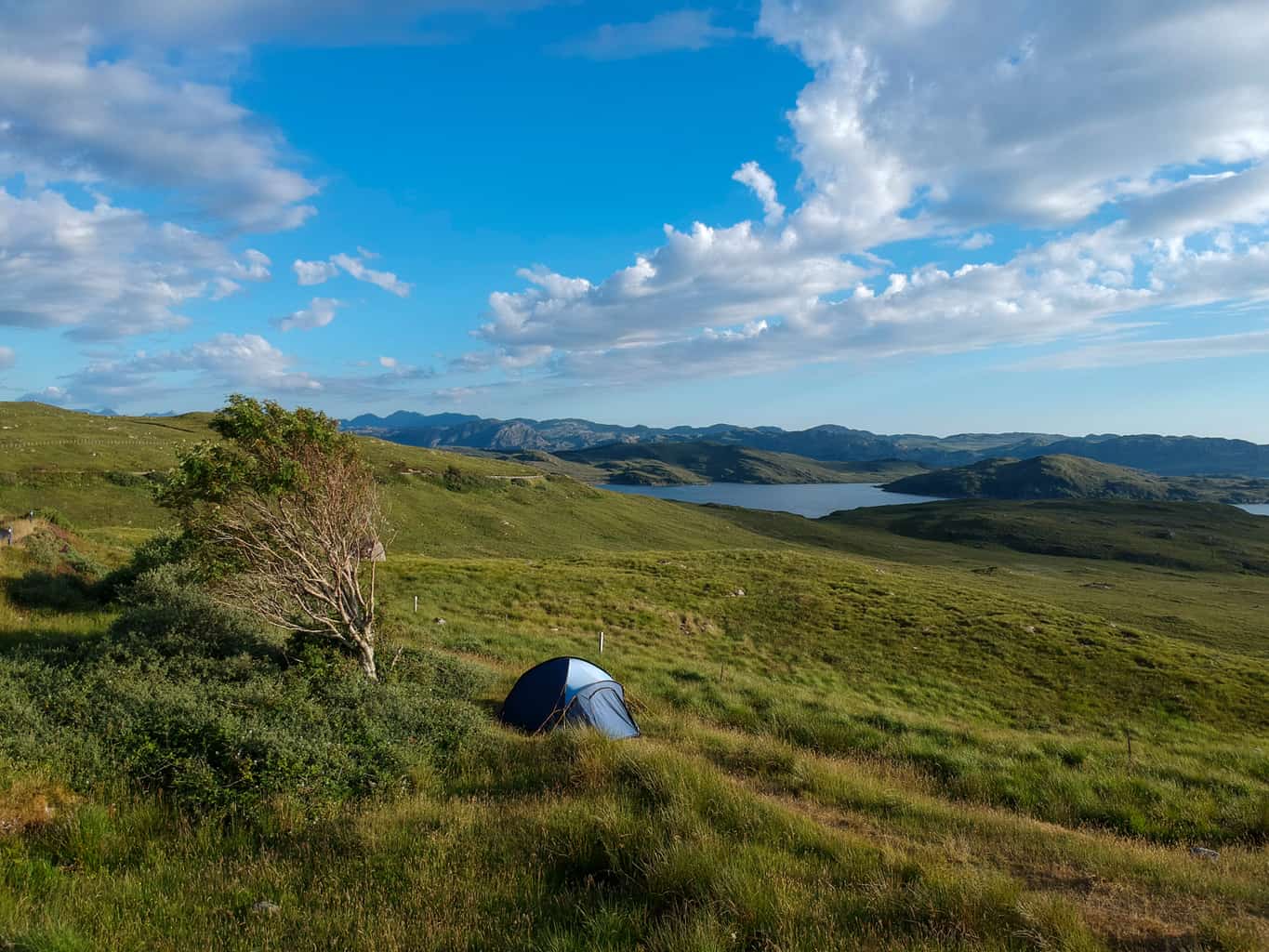 If you are feeling adventurous, wild camping is one of the best ways to see the North of Scotland. Wild camping is the act of camping in the wilderness, where there is no official camping ground. It is legal in Scotland, providing campers respect the landowner by leaving no trace of camping and aren’t in the view of nearby houses.

Spread throughout Scotland, there are certain locations with bye-laws stating that a permit must be obtained in order to camp. This is mainly due to people abusing this tradition by camping where they should not and leaving litter around the countryside. The full list of these locations can be found on the Scotland tourism website.

Marvel at the Duncansby Stacks 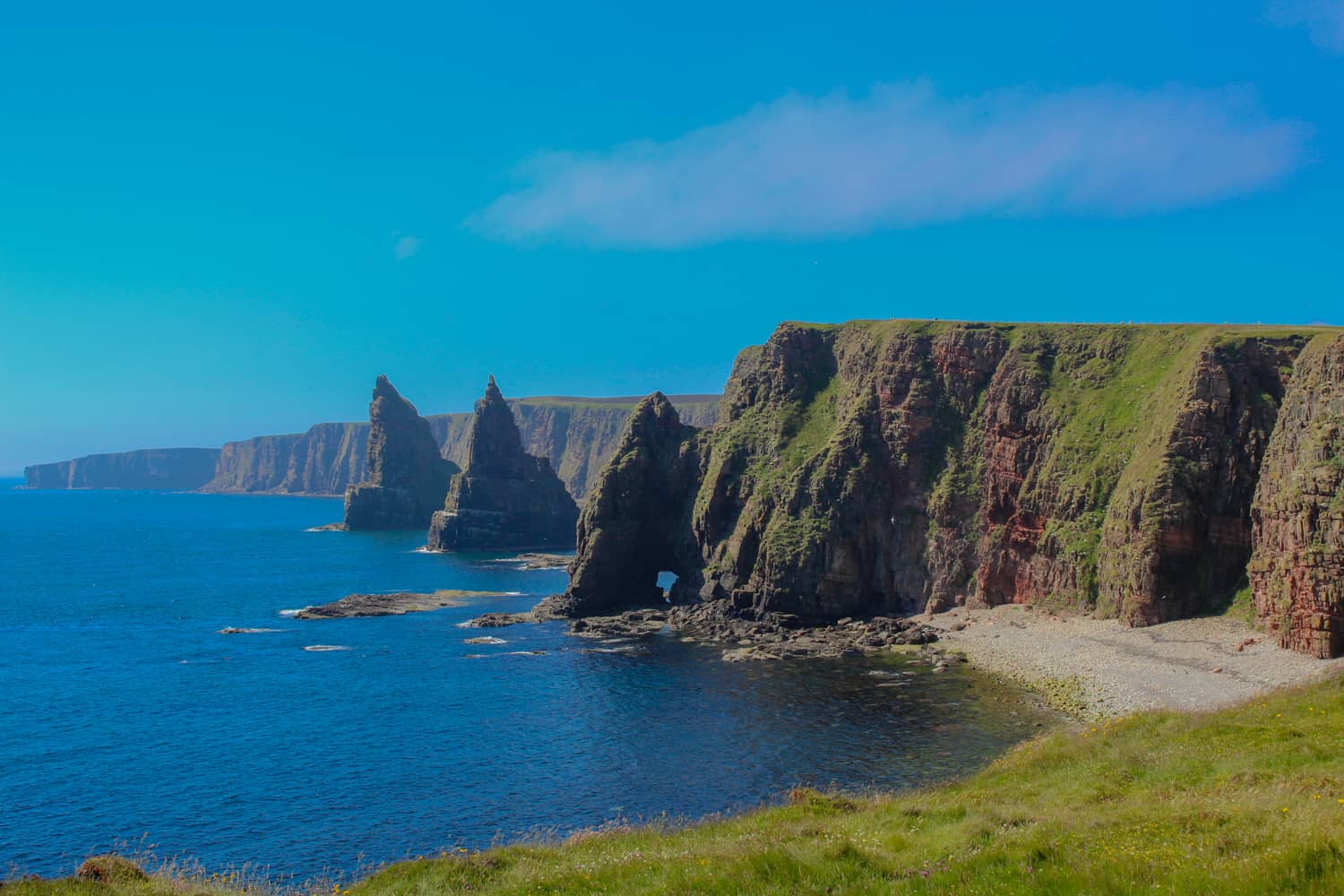 John O’ Groats is the most northerly point on mainland Britain, a world of jagged cliffs, infinite horizons, and extreme weather conditions. As you venture to this northern point, you begin to understand what life could have been like for the first Viking settlers, as they made their way across the Arctic Ocean and landed on these shores in the 9th century. The coastlines are rugged and the seas ferociously beautiful.

If you venture the to cliffside viewpoint where Duncansby Lighthouse defends the coast, you will find one of Scotland’s most unbelievable beauties, the Duncansby Stacks. This collection of sea columns was formed from centuries of erosion and abuse from the mighty power of the Arctic Ocean. With the largest stack towering 60m above the sea, they are a truly spectacular sight to behold.

Learn to Surf at Thurso 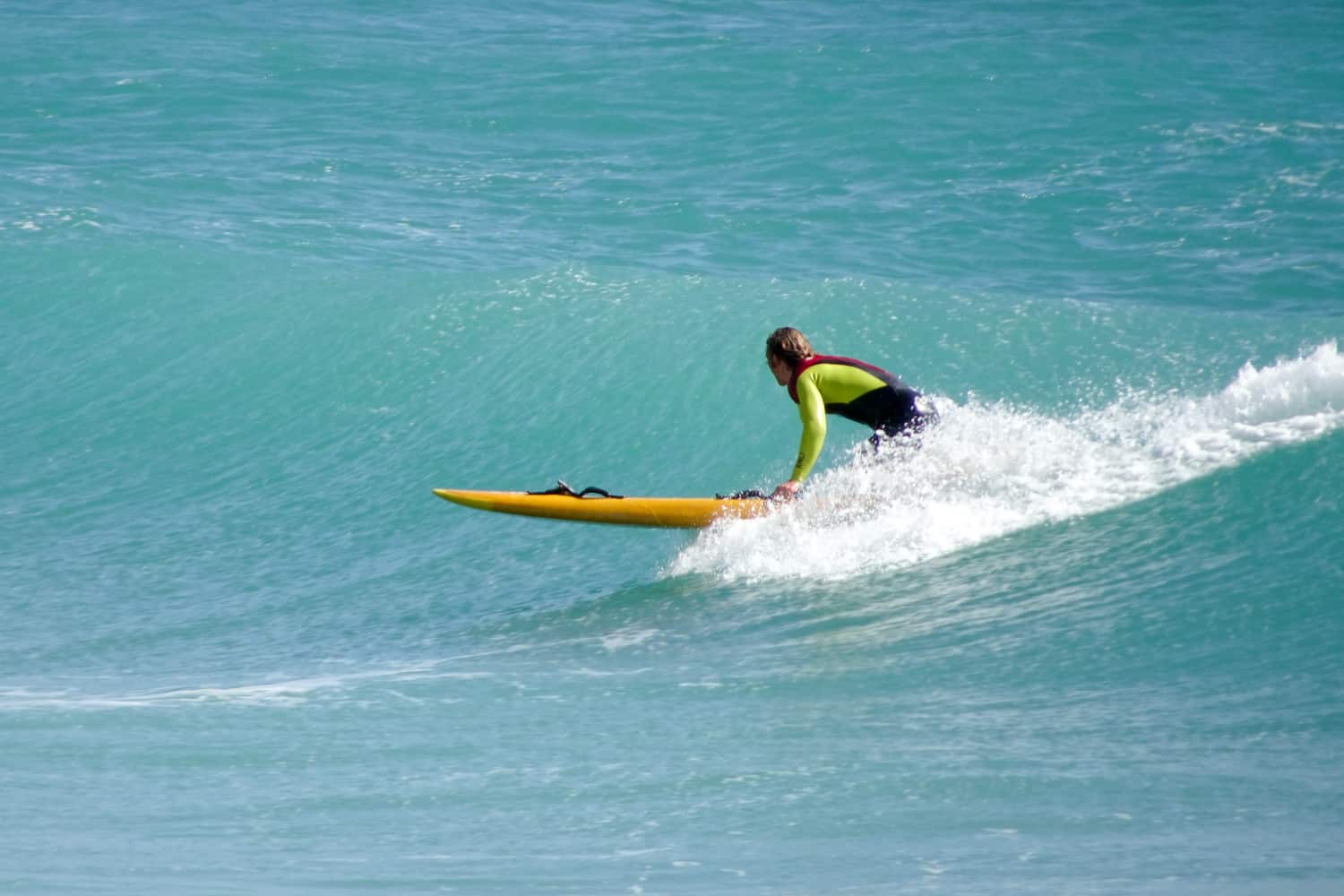 The world-class surfing hotspot, Thurso, has some of the best quality waves in Scotland. Due to this, it is frequently used as the location for the World Surfing Championship. Don’t let this put you off giving surfing a shot, however, as it is also a popular spot for beginner surfers learning the tricks of the trade.

If you are brave enough to get into the Atlantic Ocean for a dip, this is an experience that will stick with you after your trip to Scotland.

Take a Walk Through Time at Smoo Caves 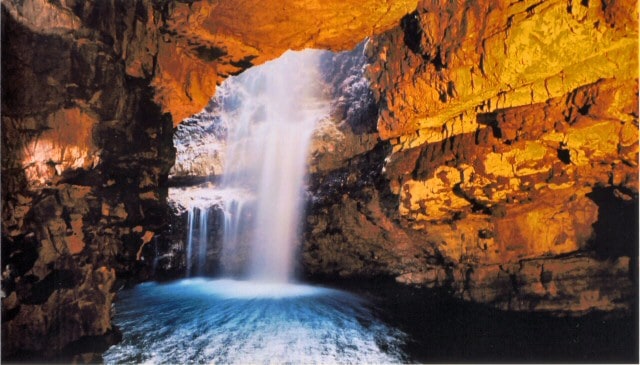 Around 1 mile east of Durness lies Smoo Cave, a stunning sea cave set into the limestone cliffs and one of Scotland’s most magnificent sights. The 50ft cave is floodlit inside and can be entered by foot or you can go further into the cave with a guide on the small rowing boat.

To walk into the front of the cave is free, however, if you want to go in further on the boat tour it is £6 per adult or £3 per child. The tour takes around 20 minutes and it is advisable that you wear appropriate footwear, as you will be climbing in and out of the boat on the other side of the plunge pool to walk deeper into the cave. These tours are also subject to weather conditions as heavy rainfall results in the cave becoming inaccessible due to the resulting size of the internal waterfall.

This cave is a particularly fascinating place as it is the site of known Viking activity, with pieces of fishing equipment being found here dating back 1000 years. It is believed that during the first landings of the Vikings, this cave was used to store fishing equipment and even longships to protect them from the harsh weather conditions.

The caves are actually much more complex than what you immediately appear, spreading deep into the cliffside, inaccessible to those without special equipment. New caves are being discovered every year thanks to sonar technology and cave mapping, and it is believed that these caves were once accessible by foot when the sea levels were lower and the sand beneath your feet wasn’t there.

Visit the Castles of the North of Scotland

There is a lot of historic tales to learn in the north of Scotland, just some of which are the castles of the North Coast 500. Some are of these castles stand in ruins today, leaving much to the imagination of the visitor, however, there are also plenty of castles that have been rebuilt. Here are just some of the best along the route. 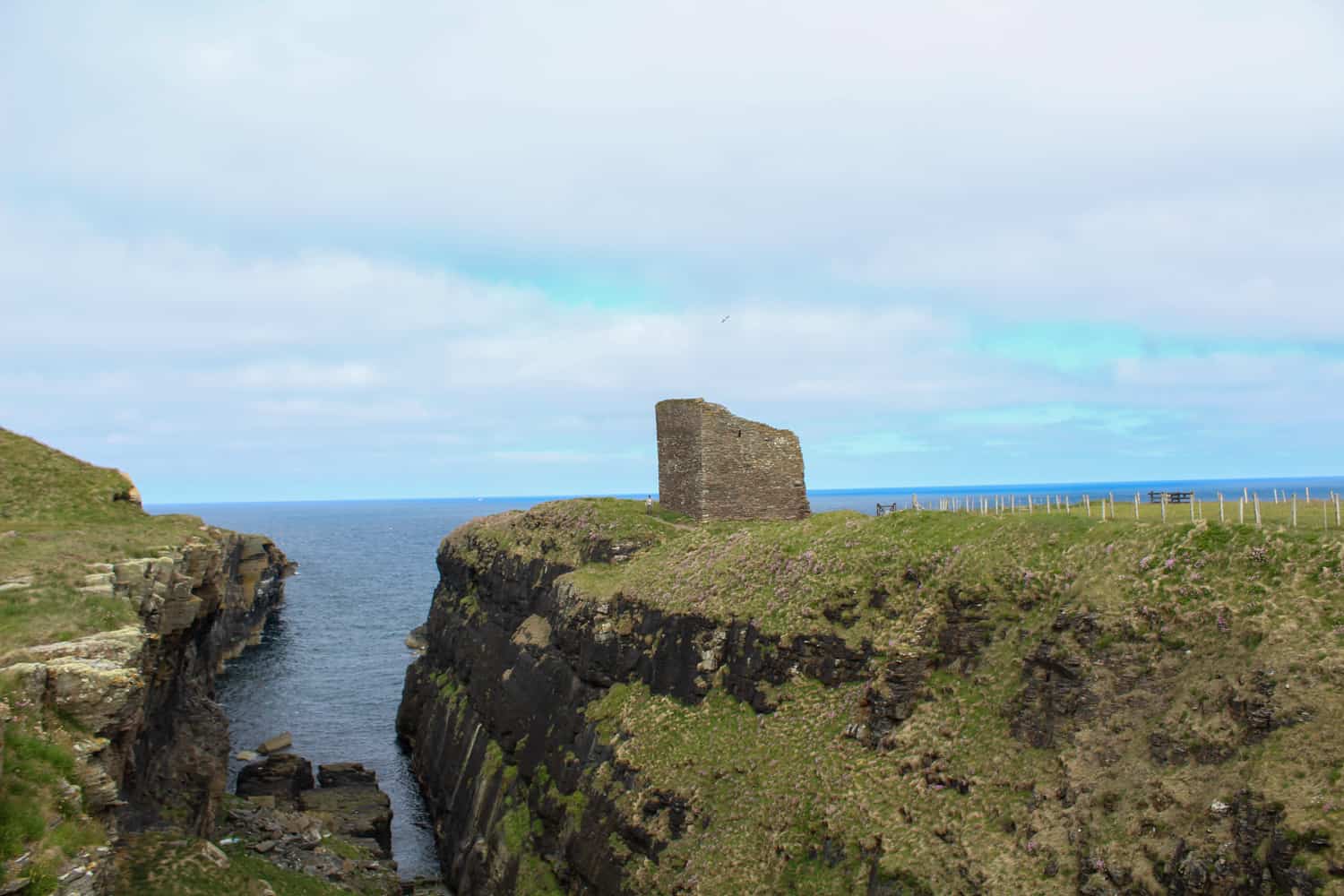 Castle of Old Wick was built on a peninsula of rock in the 12th century. Today, only a stone tower remains, which is one of the oldest stone towers in Scotland. This castle is free to visit and the ruin is only a short walk from the car park. 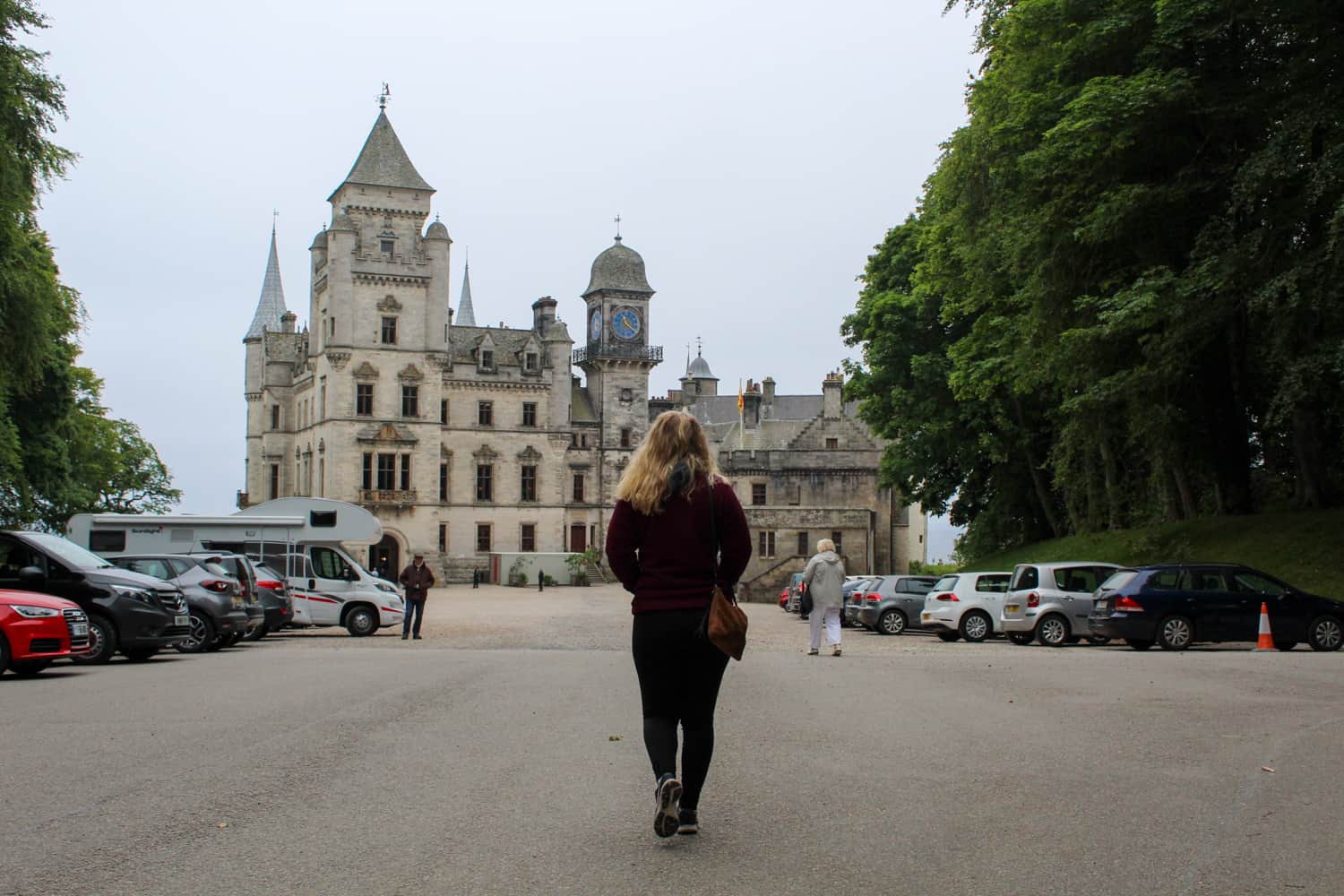 Dunrobin Castle is one of Scotland’s oldest continually habited homes. Over the years, a number of expansions have been made to the castle, making it the largest houses in the north of Scotland. During this time, Dunrobin Castle was used as a boarding school for seven years, however, today it stands as a tourist attraction, open to the public.

The castle is open from the 1st April till the 31st October, with varying opening hours depending on the month of visit. The ticket price of £12 per adult includes access to the falconry display, museum and gardens. There is also a tea room selling delicious food and drink and a gift shop offering a great choice of Scottish craft. 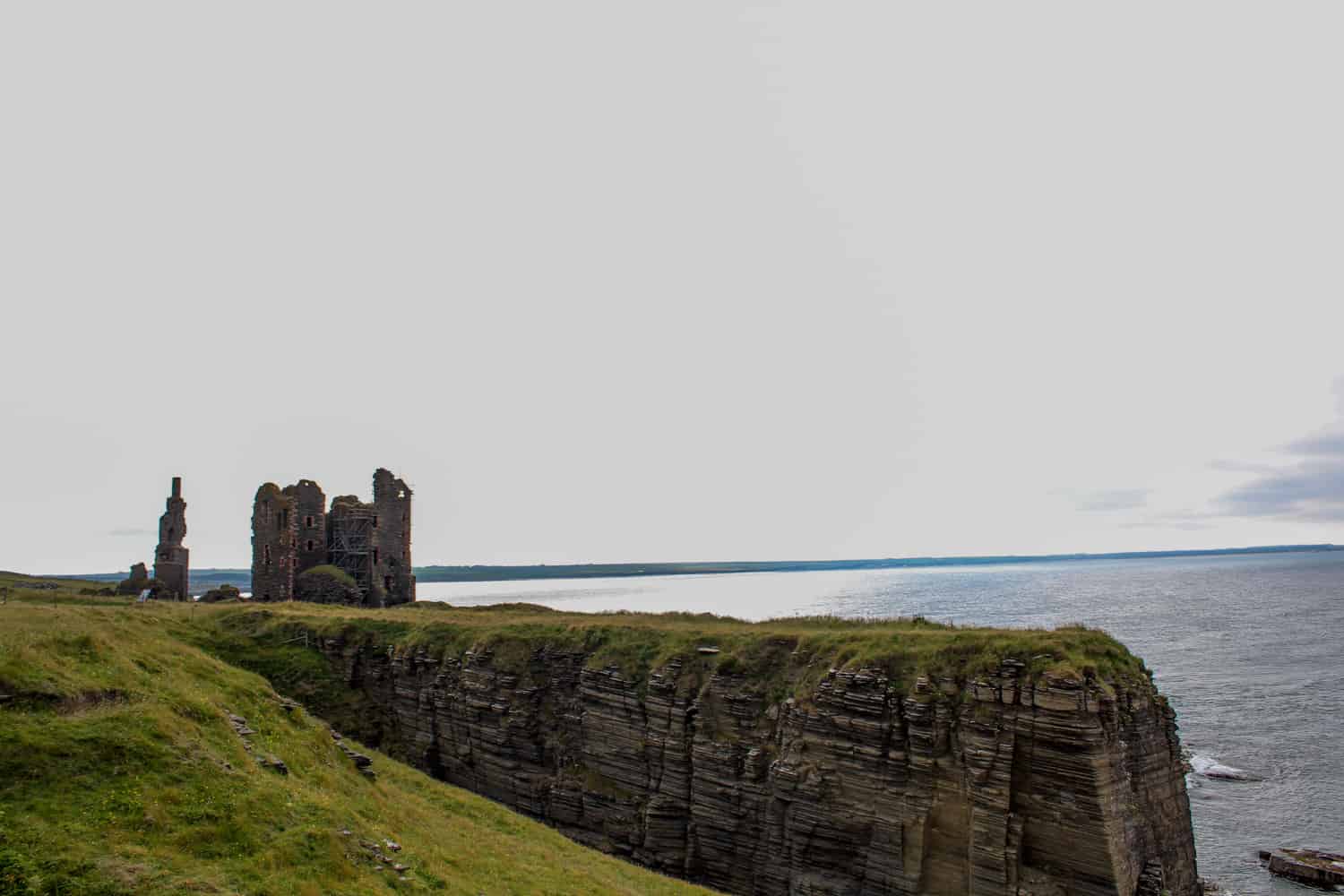 The largest castle ruins are located around 3 miles north of Wick. Castle Gringoe was built around 1476 and Castle Sinclair later on in 1606. Both castles were connected via a drawbridge over a ravine. A seige in 1680 left the castle inhabited and it is now a donation-based tourist attraction.

With incredible coastal views, it is a fascinating place for a walk. As you walk through the ancient ruins, imagine what life was like all those years ago. What did the inhabitants think when they looked across the endless horizon of the Arctic Sea?

Learn the Local History on the Ceannabeine Village Trail 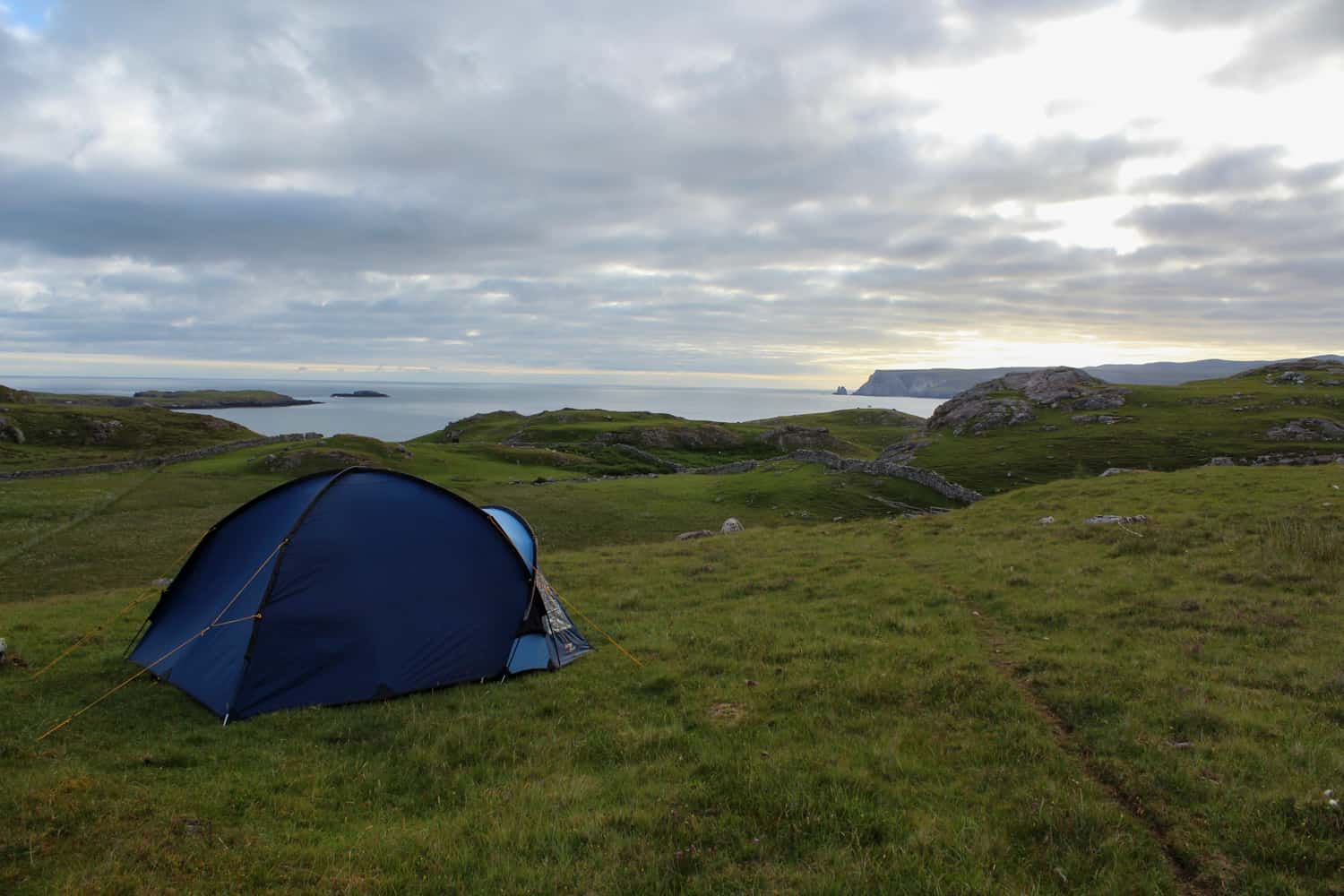 When visiting Durness, the Ceannabeine Village Trail is a great walk through the history of an old village. Ceannabiene is a Gaelic word for ‘end of the mountains’, which is a fitting name for this part of the coast as the rolling hills of the northern coast meet the sea. Sitting above one of Scotlands most beautiful beaches, this walking trail takes you around the 19th-century village which today lies in ruin.

The story of this village takes place during the tragic period of the Highland Clearances, where native Scots were forced from their homes by the land-owners. The trail has incredible views of the ocean below, as well as the beaches to the East. 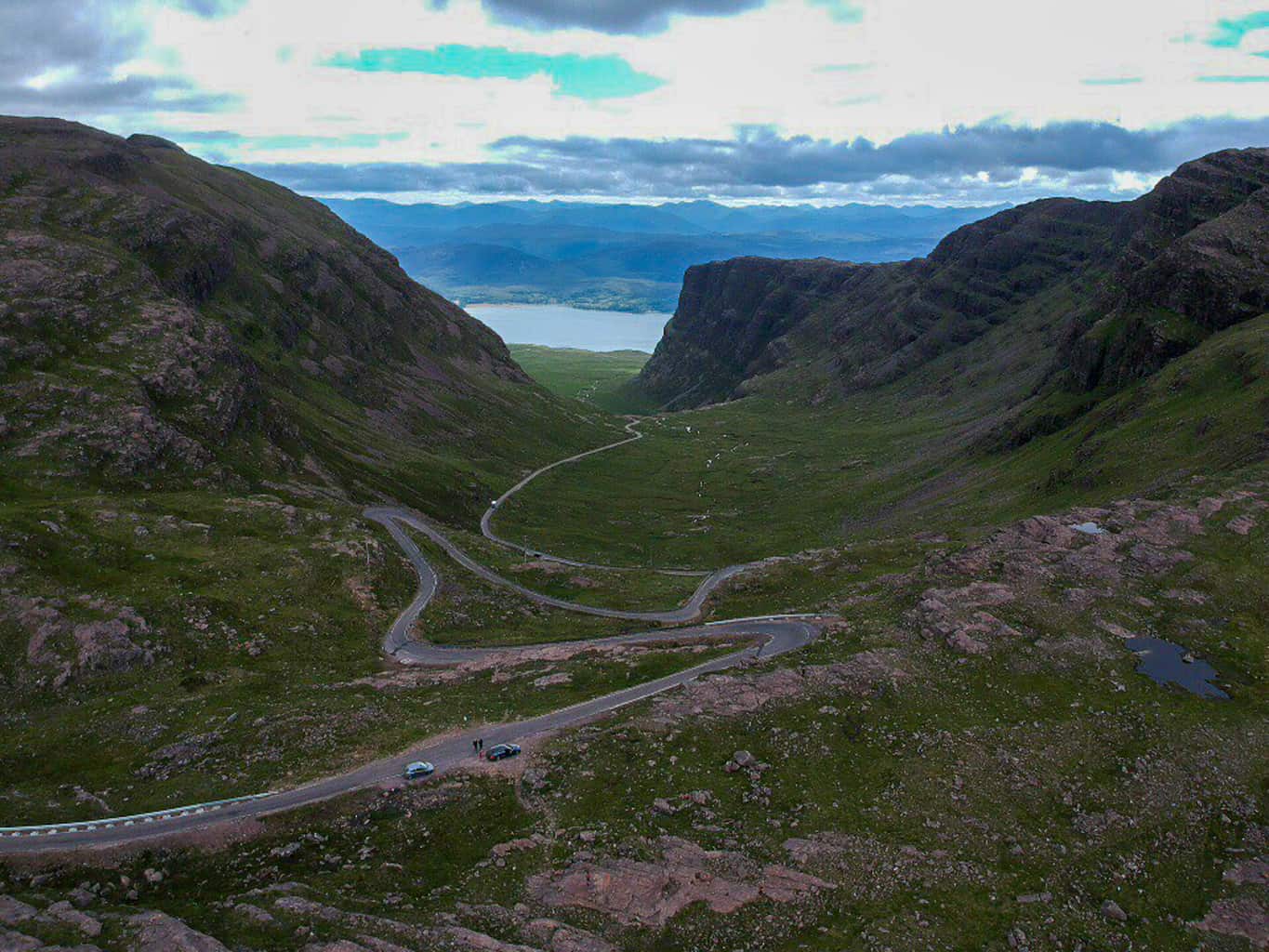 Imagine the rolling hills and towering rock structures of the Scottish Highlands. Now imagine driving through a mountain pass on a  winding single-track road through that beautiful scenery. It’s hard to put into words just how magical the Bealach Na Ba pass through to Applecross is.

Also known as Pass of the Cattle, this road is the third highest road in Scotland and has the steepest ascent of any road in Scotland. The Bealach Na Ba climbs from sea level in Applecross to 626m along alpine, hairpin bends into the clouds above. On a clear day, the views from the top are simply spectacular, so it is no surprise that there is a pull in spot for those wanting to take a break from the winding roads and enjoy the view.

When you arrive in Applecross, you will feel like you are on the edge of the world. The village of Applecross a small village, sitting on one street so this area is more commonly known as “the street” in the local area. Enjoy some local live music and food in the Applecross Inn before you leave.

Indulge Yourself at the Chocolate Mountain Cafe

If you have got a sweet tooth then one place you do not want to miss out on is the Cocoa Mountain Cafe. Located in both Balnakeil and Dornoch, this Scottish chocolatier will serve you the most dreamy hot chocolate you can imagine, along with a choice of a beautiful selection of cakes to have on the side.

If you are planning your visit in winter, be aware that they are closed during December and January and winter opening hours are Monday – Thursday 11am – 4pm and Friday – Sunday 10am – 5pm. You don’t want to arrive there and be disappointed.

Once you have enjoyed your drink in the relaxed cafe environment, the shop is available for browsing. With a selection of different chocolates and hot chocolate powders, the temptation to buy it all is real.

No matter what you decide to see out of the above sights and attractions, you are going to fall in love with the beauty you will find. It is truly incredible just how much history and beauty there is to behold in Scotland, so make sure it is on your list of places to visit this year!

For more things to do check out the off the beaten path small isles.

Scenery around the Scotland Highlands

Guest Author: Gemma and Campbell are two Scots on the run from a 9-5 lifestyle. After years of planning, they finally quit their jobs and set out to find their place in this beautiful world. Currently, in Australia, they are living in a camper van and touring the epic Australian coastlines, which shows just how much they love adventure travel. They love promoting this kind of travel to their fellow wanderlusters on their blog highlands2hammocks.co.uk.