Toyota Tailgate in the 2017 Highlander Hybrid

Toyota Tailgate in the 2017 Highlander Hybrid 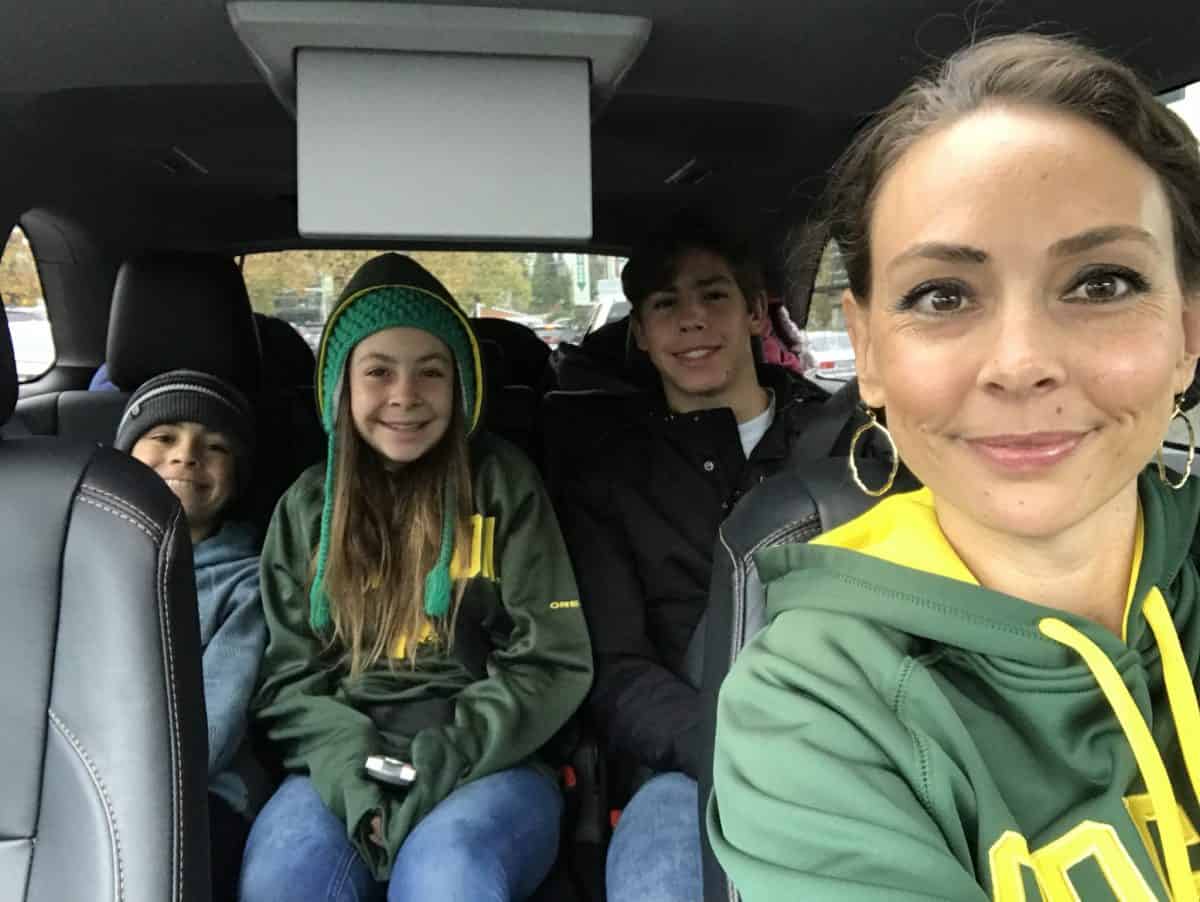 Toyota offered us the chance to take the 2017 Toyota Highlander Hybrid on a road trip to the University of Washington to tailgate and see the Ducks game and despite not being a fan of either team off we went. 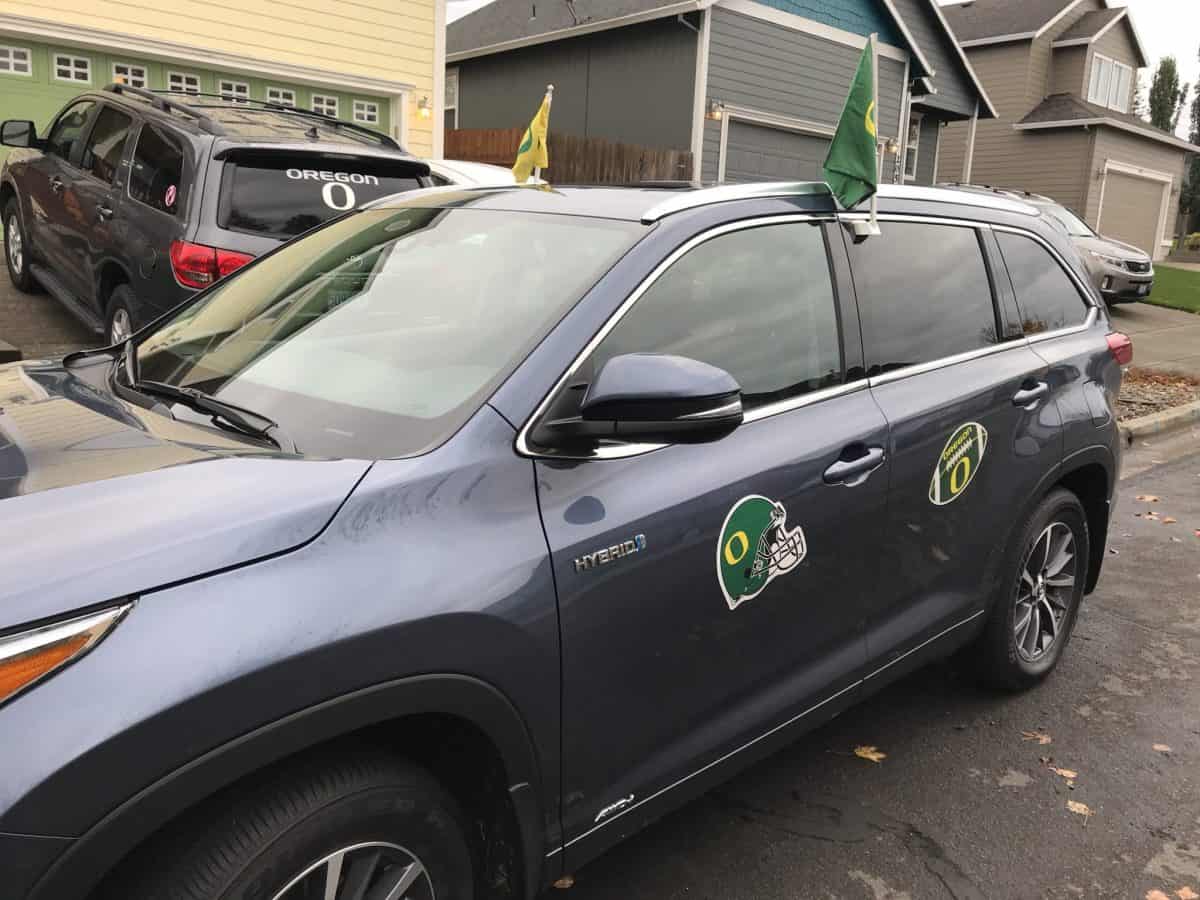 To prepare the Highlander for the road trip we decided to decorate it in Oregon Duck swag. And can I just add that I never thought in my entire life I would root for the Ducks much less drive around a car decorated for their team. I may live in Oregon, but my team is and always will be the Texas Tech Red Raiders.

The Highlander Hybrid is a great car for a road trip. I average 28 mpg on the highway and 30 mpg in the city. We almost made it to Seattle and back on one tank of gas. I stayed quite comfortable during the drive. The drivers seat has good lumbar support.

During our drive it basically poured rain the entire time. What shocked me though was when we were headed home we hit snow. I ended up driving through a small snow storm for about an hour. I kept driving because I knew we would be safe in this SUV. It’s packed with safety features like 8 airbags including the Toyota Safety Sense P on it. This means it has:

I gotta say when it started snowing and we were getting in and out of the car to sightsee I was extremely happy to have heated leather seats!

Thankfully it had a Blueray movie player with a 9″ screen, so all my kids piled into the middle row and watched 7-8 hours of Harry Potter movies during the drive up and back. With the snow it took an extra hour to get home. 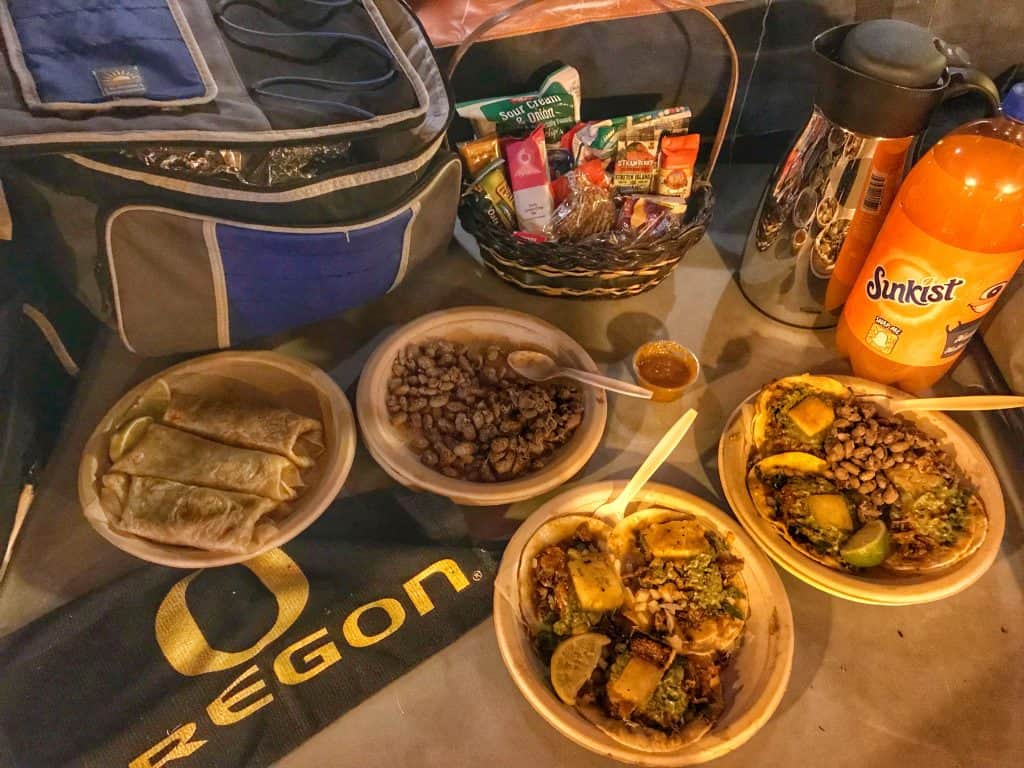 The plan was to tailgate before the game, but it was a little tough because it was pouring rain when we got to Seattle. I was all set to tailgate, I had packed an awning, chairs, and a table. All of which fit quite easily into the back of the Highlander. I kept the 3rd row folded down to pack everything in. I could have taken more kids with me since it seats 8. If I had and was unable to fit everything in, I could have easily towed a small trailer. The Highlander can tow up to 3500 pounds.

With the pouring rain, I decided to do a mini tailgate in the parking garage. I swung by a taqueria and picked up some tacos and burritos to go. We fixed ourselves a plate and ate in the car. 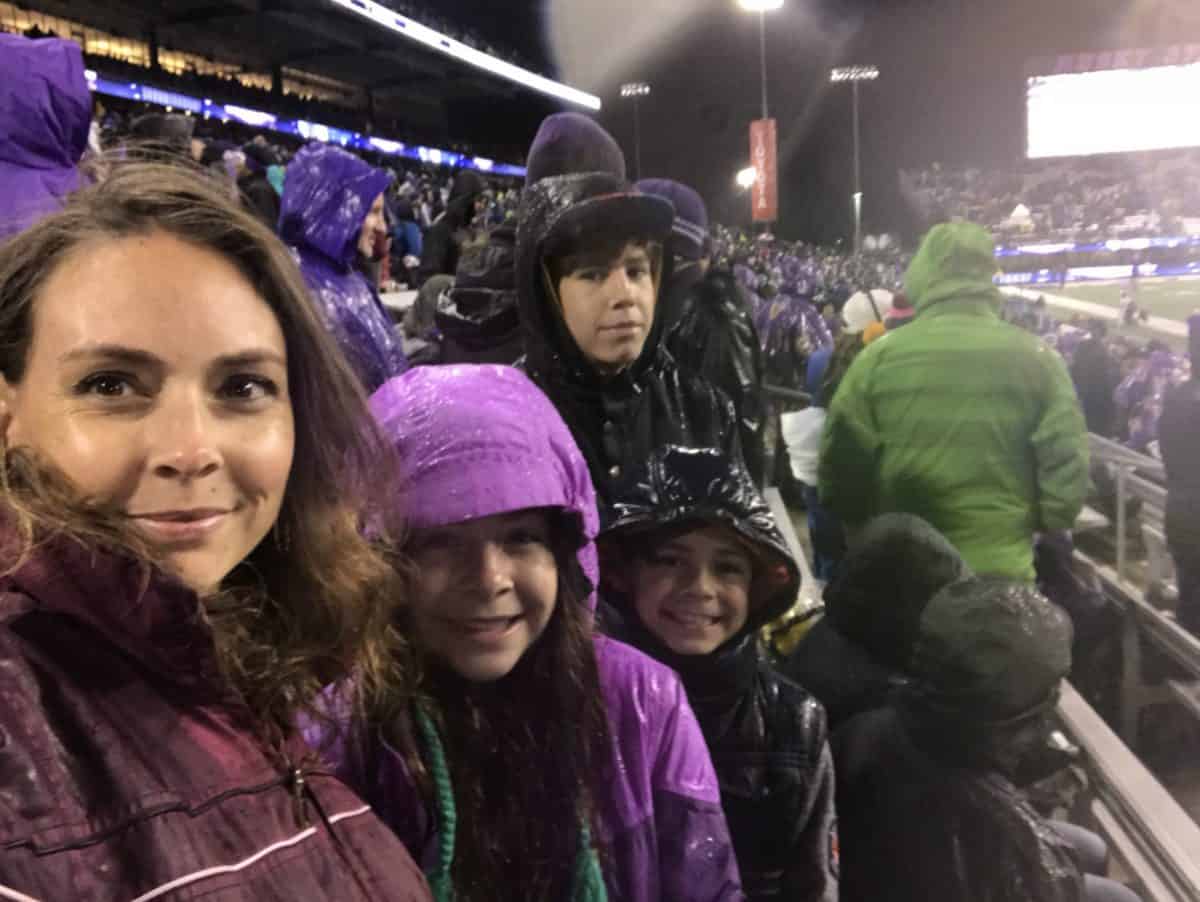 Off to the game! 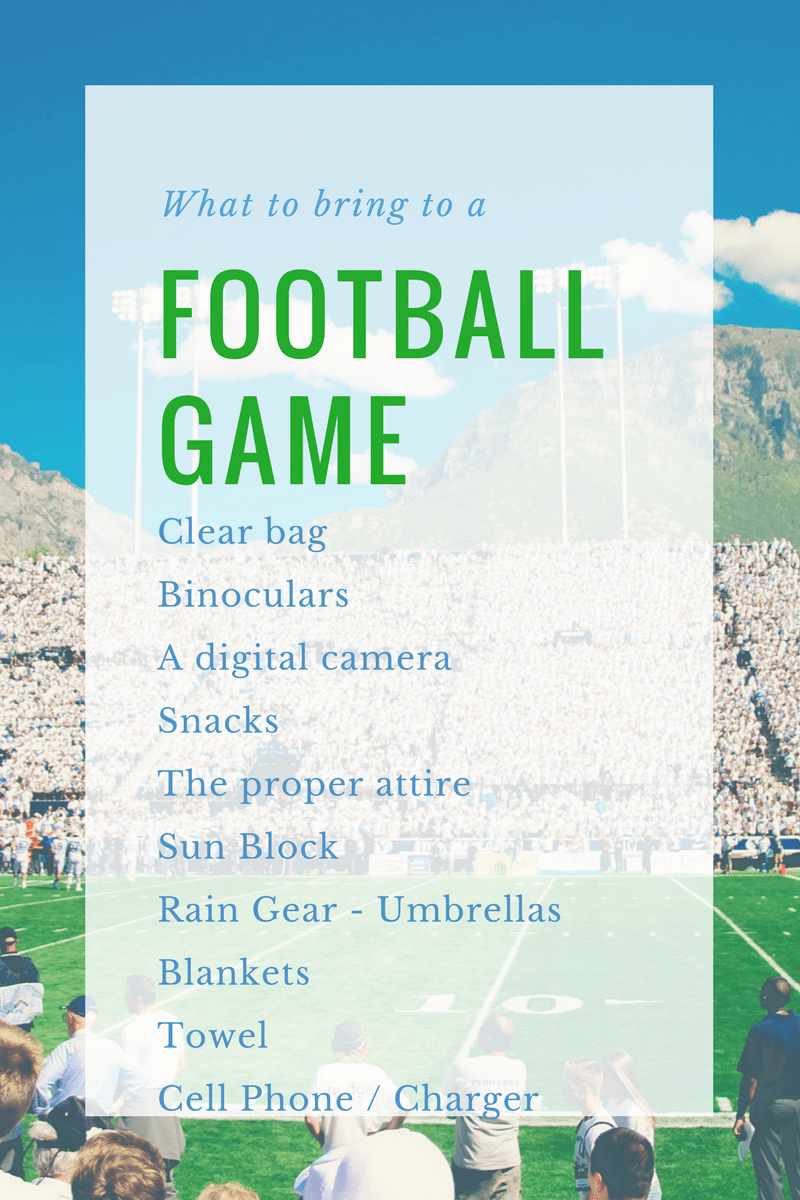 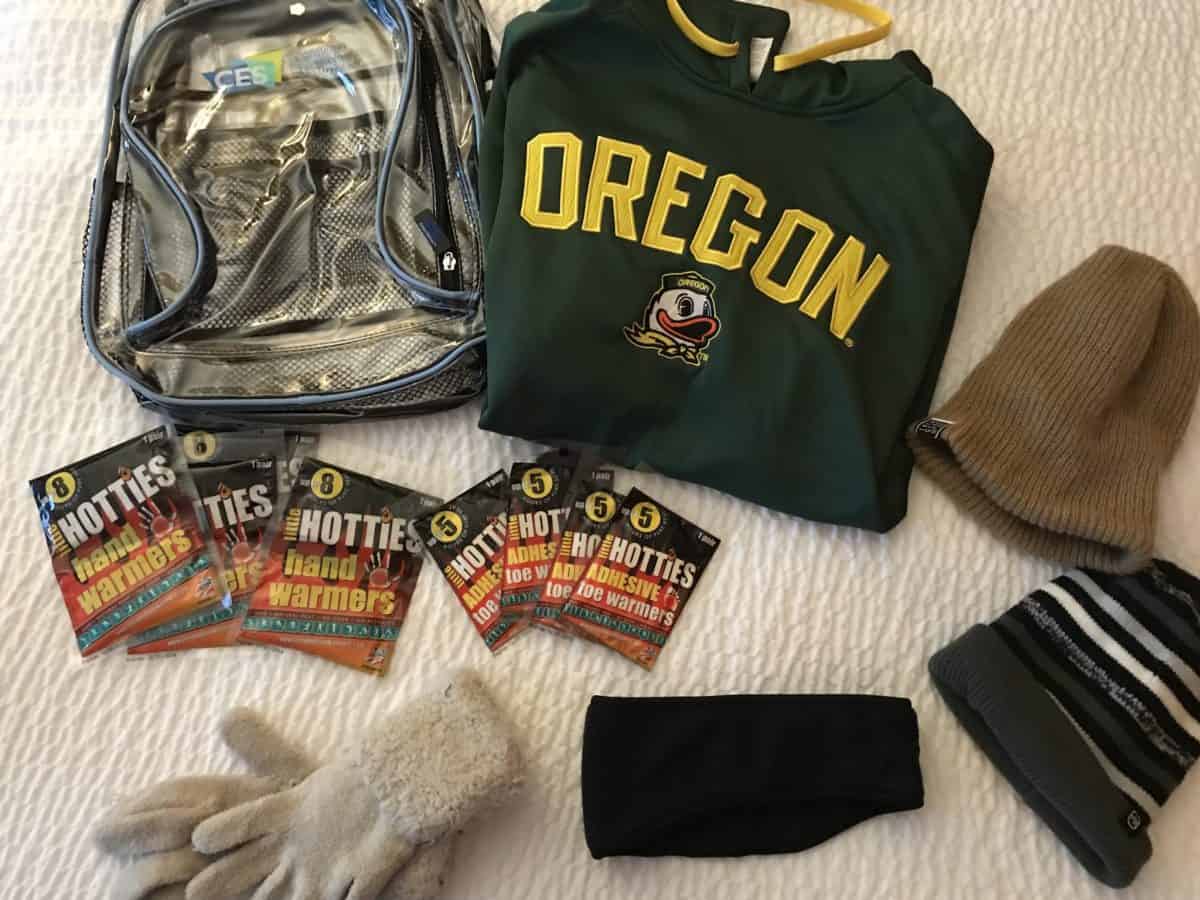 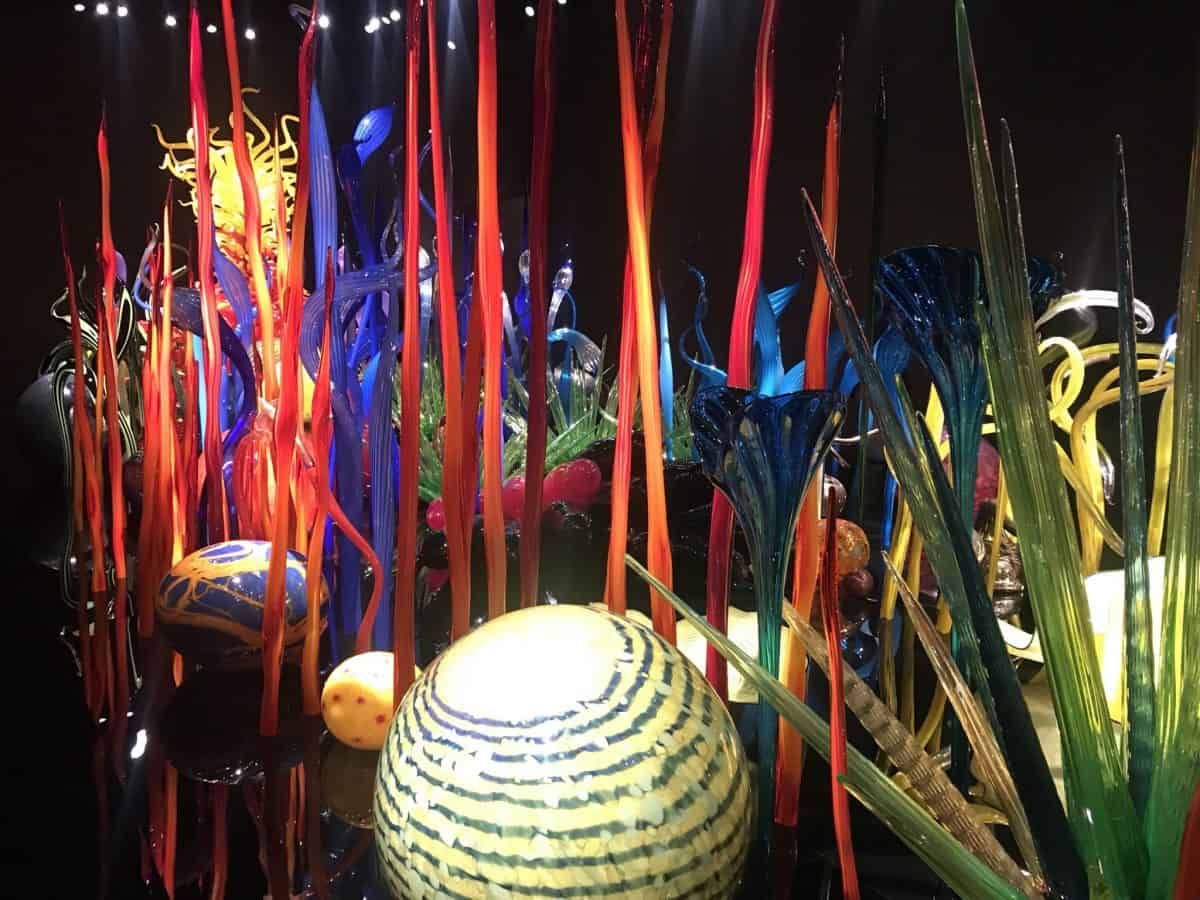 Now, I can’t take a road trip without stopping to see some sights and eat at an amazing restaurant. It’s a side effect of being a travel blogger. I picked one of each.

The attraction we visited was the Chihuly Glass Garden near the Space Needle. It was absolutely spectacular and if you have an hour or two available when you are in Seattle I highly recommend visiting.

Michael Jordan’s Steakhouse was phenomenal. I had been dying to get to Ilani Casino and try it. We were driving right by on our way home so we stopped in for a late lunch. Every single item we ordered was delicious. They knew it was Eden’s birthday, so at the end of the meal they brought out a 23 layer chocolate cake. 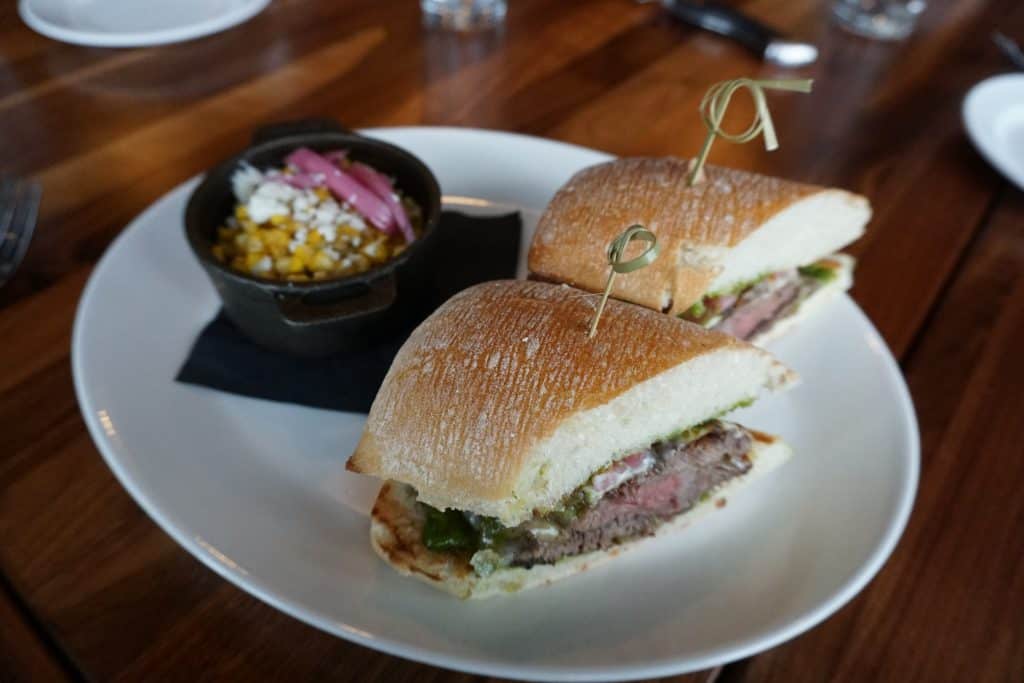 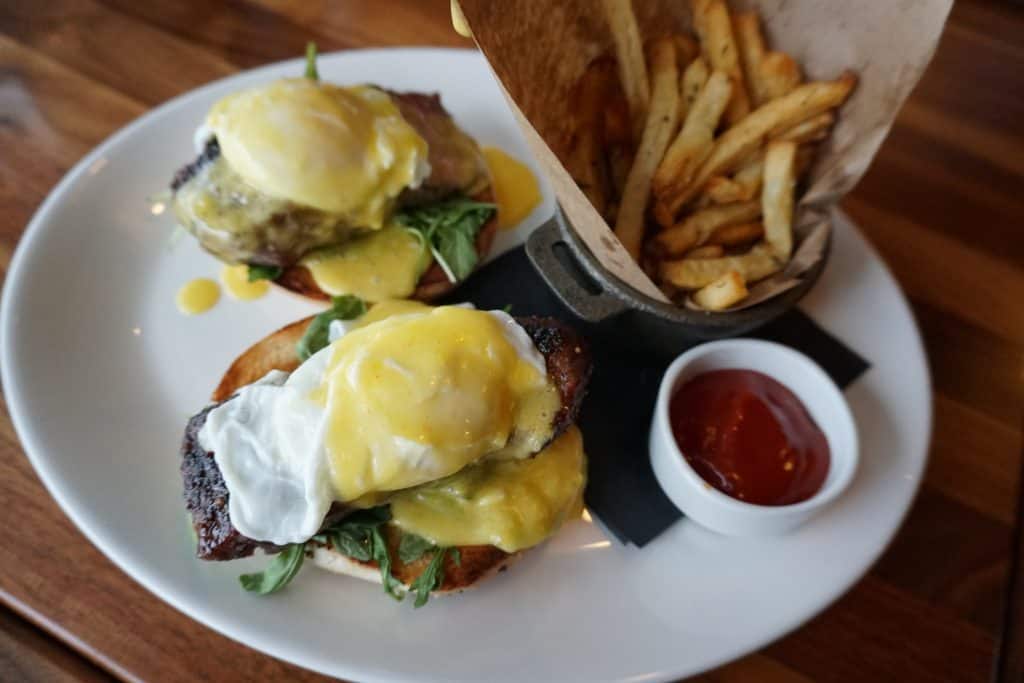 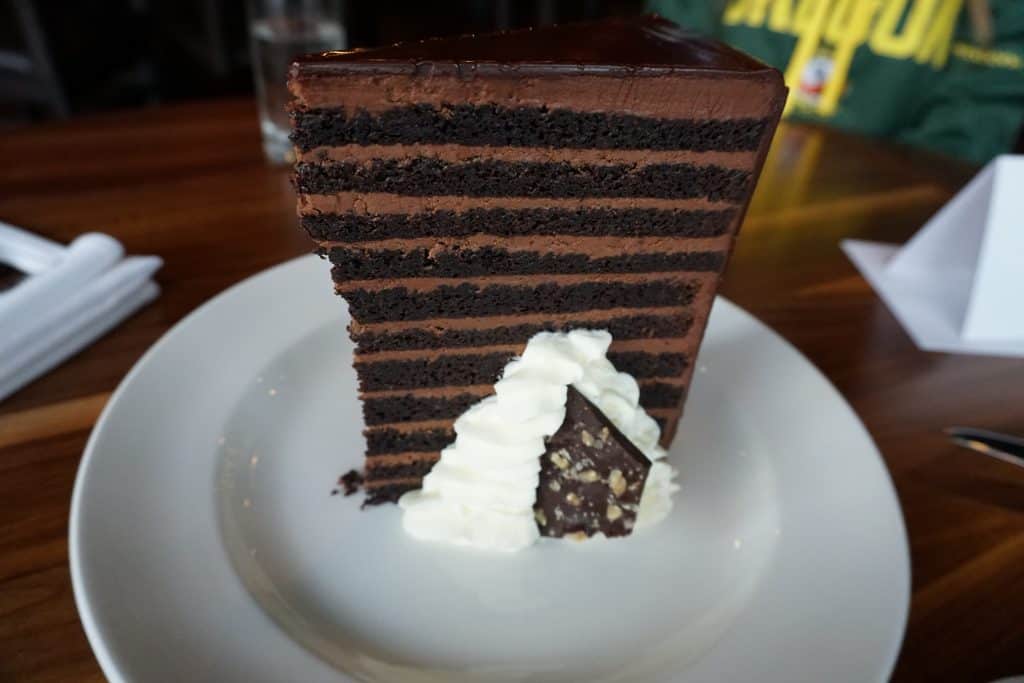