Star Wars Characters in Disneyland: Where to Find Them

Star Wars Characters in Disneyland: Where to Find Them

With Galaxy’s Edge finally open, it might be confusing for some guests looking to find Star Wars Characters in Disneyland. Tomorrowland has been the go-to source for Star Wars-themed attractions, entertainment, and merchandise since Star Tours first opened in the ’80s. Even when California Adventure opened across from Disneyland, Star Wars remained. Although the new park was a clear and logical counterpart to Walt Disney World’s Hollywood Studios. 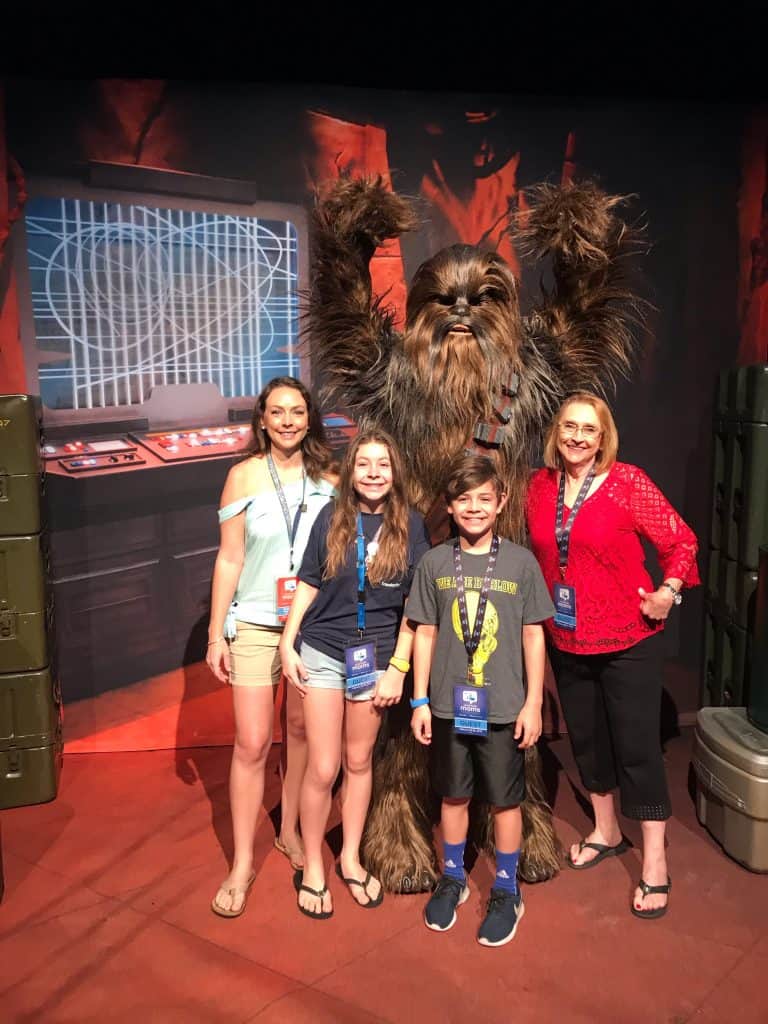 Now Disneyland and Disney Hollywood Studios have both built Star Wars Lands to be more immersive environments. It’s similar to The Wizarding World of Harry Potter at Universal Studios Hollywood and the Two Universal Orlando parks. At Disneyland, that meant carving out a whole new section of the park clear on the other side. The New Star Wars Land is situated between Fantasyland and Frontierland, somehow a more fitting location for this franchise than the once future-focused Tomorrowland.

With two different areas of Disneyland advertising Star Wars experiences, where do you go to meet the characters you love? Here is a breakdown of where to find the Star Wars characters in Disneyland that we know of.

The Launch Bay is the former Innoventions building in the back of Tomorrowland reinvented. Inside you can explore sets and props. There is even an exclusive documentary inside for fans to watch. Among all the photo ops there are a couple of advertised character meet and greets. If you go to the Star Wars Launch Bay, you can expect to possibly find Chewbacca or Darth Vader. 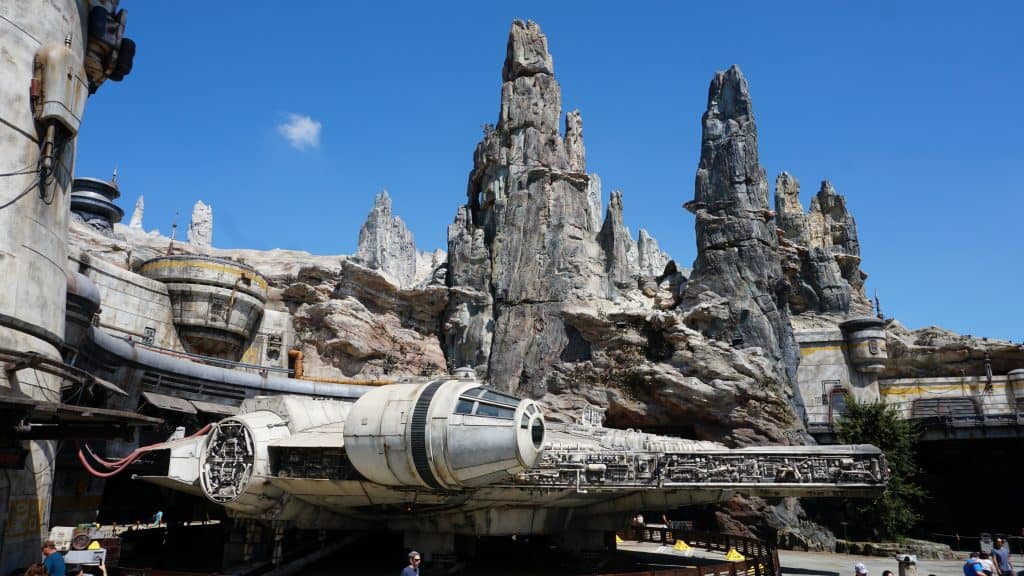 Across Disneyland, Galaxy’s Edge is an otherworldly experience. Set on the planet of Batuu, Black Spire is a galactic trading post and port town that has enjoyed a fair amount of Autonomy. The settlement has been a haven for scoundrels and lowlifes trying to duck the authorities, only the mysterious village holds some kind of secret, that has suddenly caught the attention of the First Order. While on this planet you will surely get a chance to meet BB-8 as well as Chewbacca, again. These are the only confirmed character meet and greets other than Stormtroopers who are populating the land in search of something.

Even the latest characters appear

Despite them not mentioning Rey would be in the new Galaxy’s Edge, rest assured Rey does make appearances. Kylo Ren does too.

So far there have been no Captain Phasma sightings, even though this character is already found in Hollywood Studios.

The last time we saw Kylo Ren he was walking around interrogating people along with several stormtroopers at the entrance to Galaxy’s Edge. We are extremely disappointed that none of us were threatened. 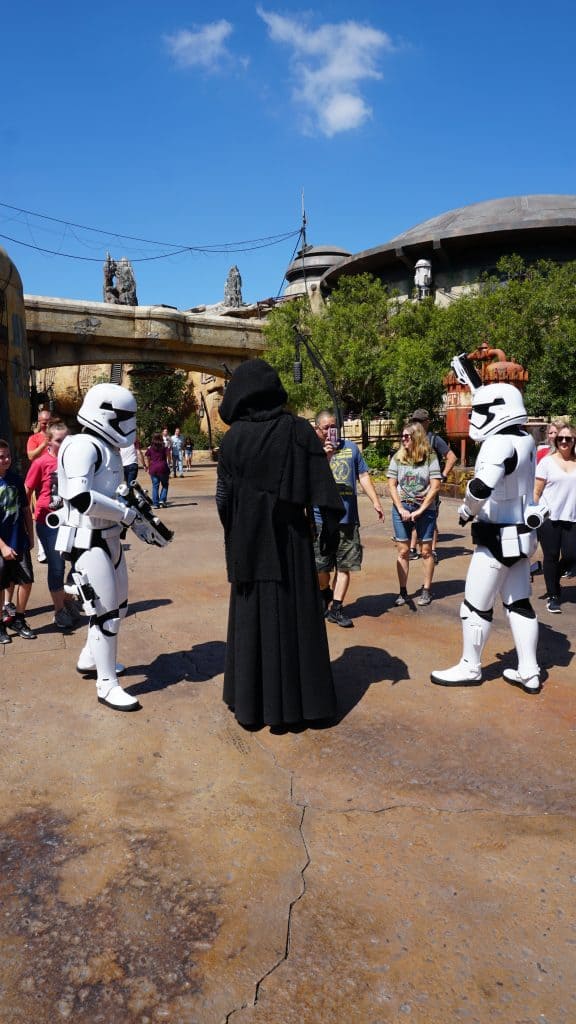 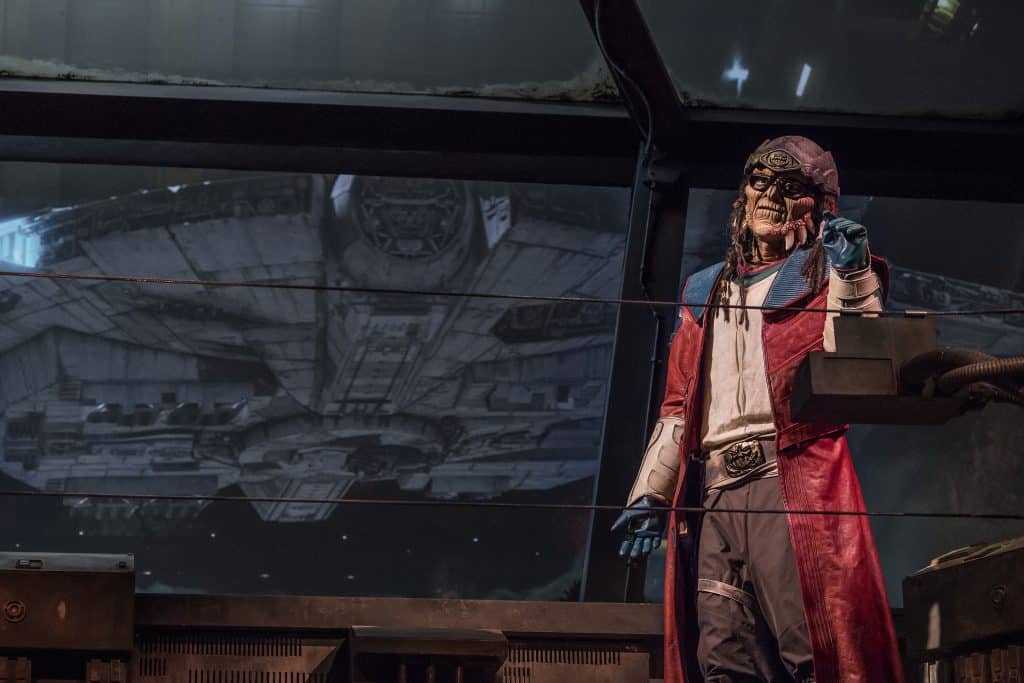 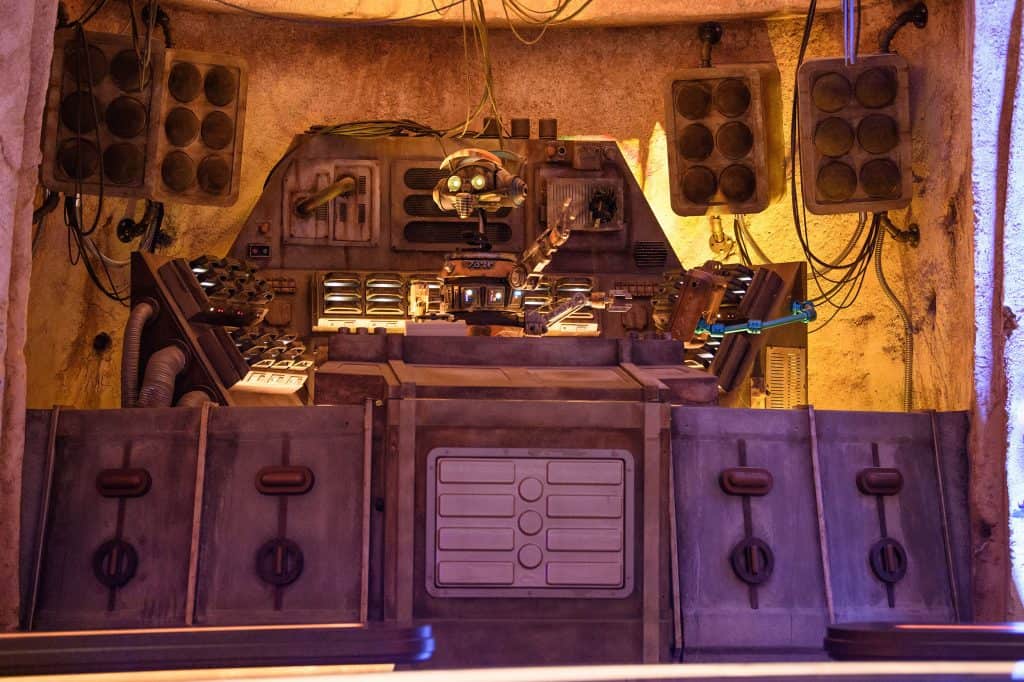 Although this isn’t an official “character” in the same sense as the others, You may recognize the DJ in Oga’s Cantina. He was the original pilot of the Starspeeder 3000 in Star Tours. Now that C3PO has taken over in the continued adventures, The disgraced Rex has found a new gig on Batuu. Rather than being sold for scraps, the lucky droid is DJing at the cantina. This is a really nice addition to the space and a little bit of nostalgia for fans of the original Star Wars attraction.

That’s all so far for the Star Wars characters in Disneyland, both in Tomorrowland and at Galaxy’s Edge. Who are you hoping to see on your next visit? 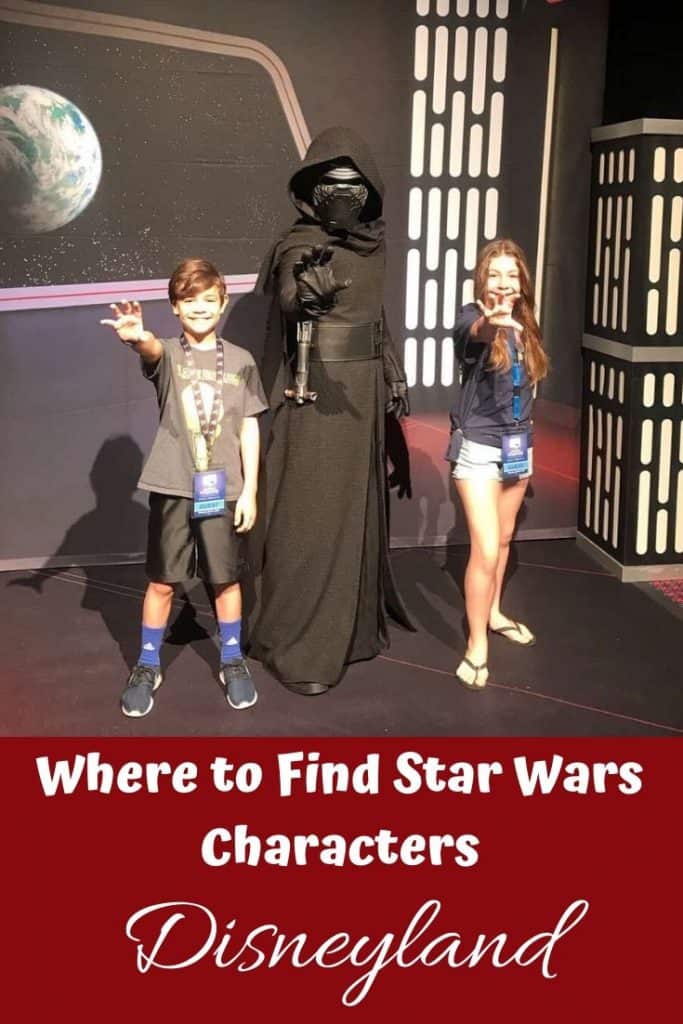 If you have not already bought tickets, I do not recommend buying tickets directly from Disney, instead, get them from an authorized Disney seller. They will get you a better deal. I’ve partnered with my friend Jenn to get you the best deal and a free gift. Fill out this form to get your discount!