One of the best parts of visiting Melbourne is the food. Melbourne is a foodie’s paradise. In fact, I think they have the best looking food of anywhere I’ve been in the world. Not to mention, it’s always tasty! We were in Melbourne just briefly, but we tried to make the most of it. We were able to find three Instagram worthy cafes and a delightful dessert cart. Last year I visited Ten One Ate for the first time and fell in love with their crazy unicorn milkshake. They are an excellent place for brunch or an afternoon freakshake. They change their menu seasonally, so if the items we had are not available they will have something similar and just as pretty.

I took my family here for brunch on our first morning in Melbourne, before we headed out on our Great Ocean Road road trip. And of course, we started the meal by splitting one $15 freakshake. Just one was plenty for the four of us to share! We had the “Do’Nut Judge me” a strawberry milkshake with strawberry ice cream, fairy floss, wafers, and more. That’s melted white chocolate on the jar, in case you are wondering. We may or may not have chipped it off and ate it too! It’s red, white, and pink so I think this would be a perfect treat to have for Valentine’s Day in Melbourne. 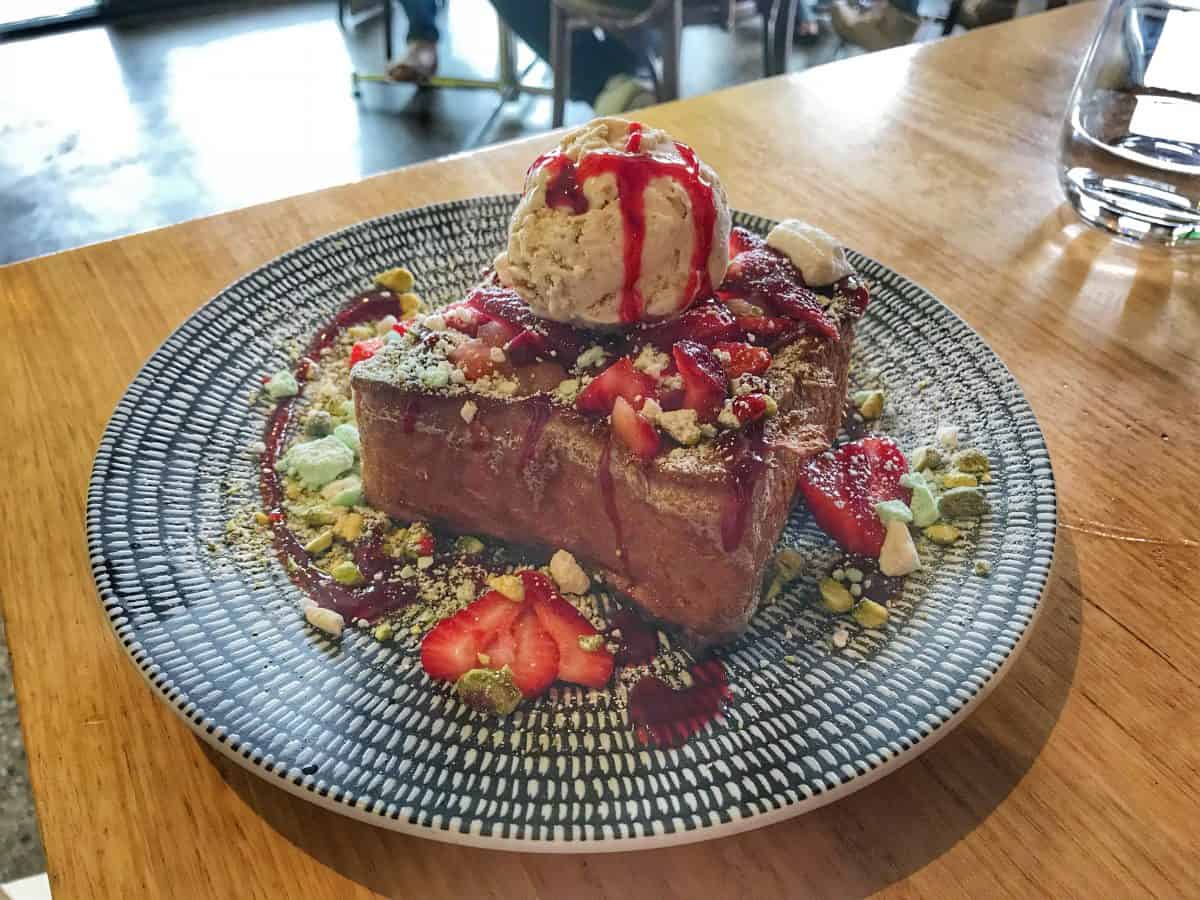 We basically made our food selections on we thought would be the best looking food. This may sound ridiculous, but it is so much fun to eat pretty food! Eden had the strawberry-apple French toast made with apple crumble ice cream, strawberry and apple compote, pistachios, meringues, and strawberry sauce.

I was trying to be healthy after eating a gigantic shake, so I went with their vegan, gluten free Acai Smoothie Bowl. The smoothie bowl had Almond milk, bananas, blueberries, strawberries, coconut, rhubarb, chia, fresh passion fruit, and pistachios. It looked better than it actually tasted. 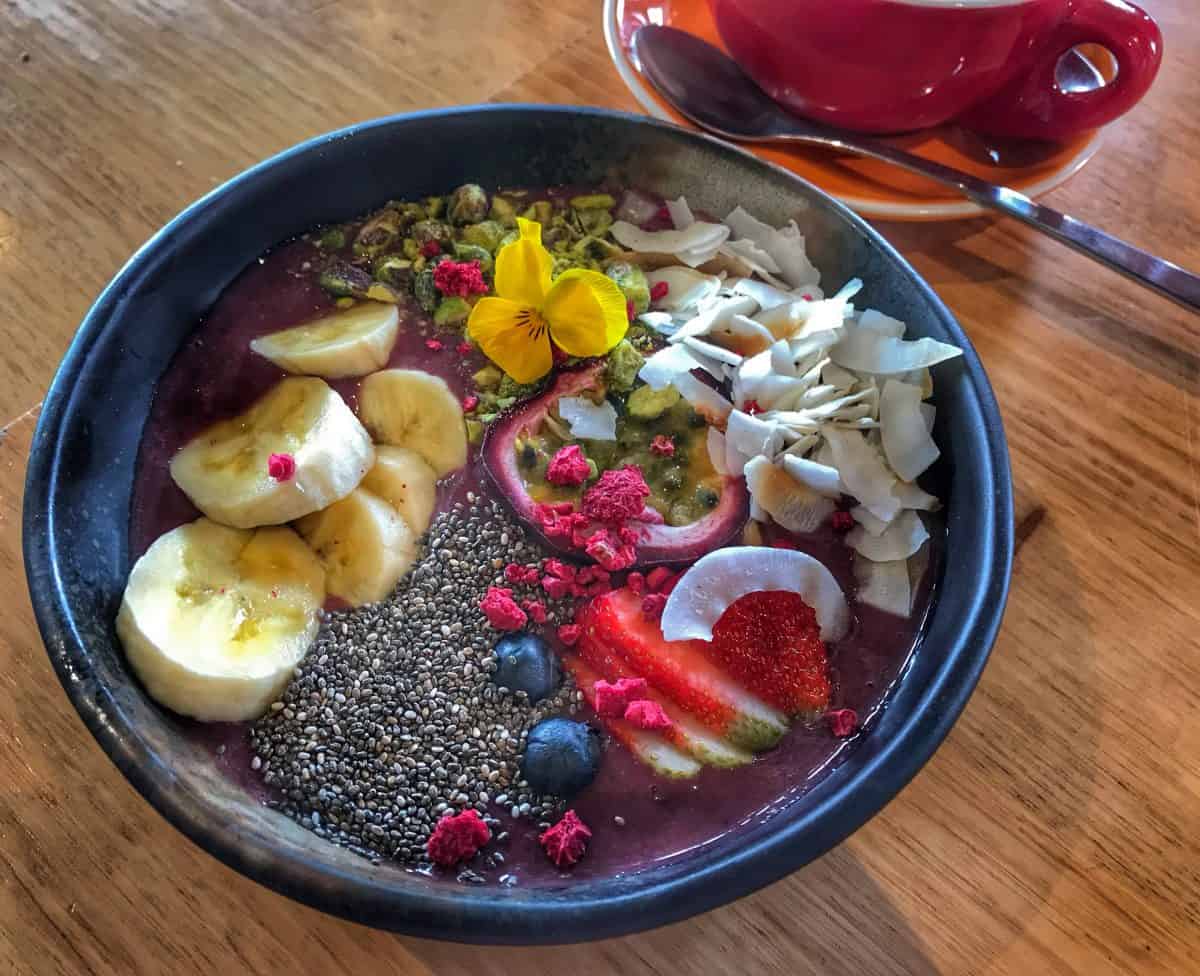 Jonah went with the chocolate and raspberry waffles, which most of us agreed was the best of what we tried. His waffles had raspberries, chocolate mousse, raspberry sorbet, meringues, coulis, and chocolate shavings! 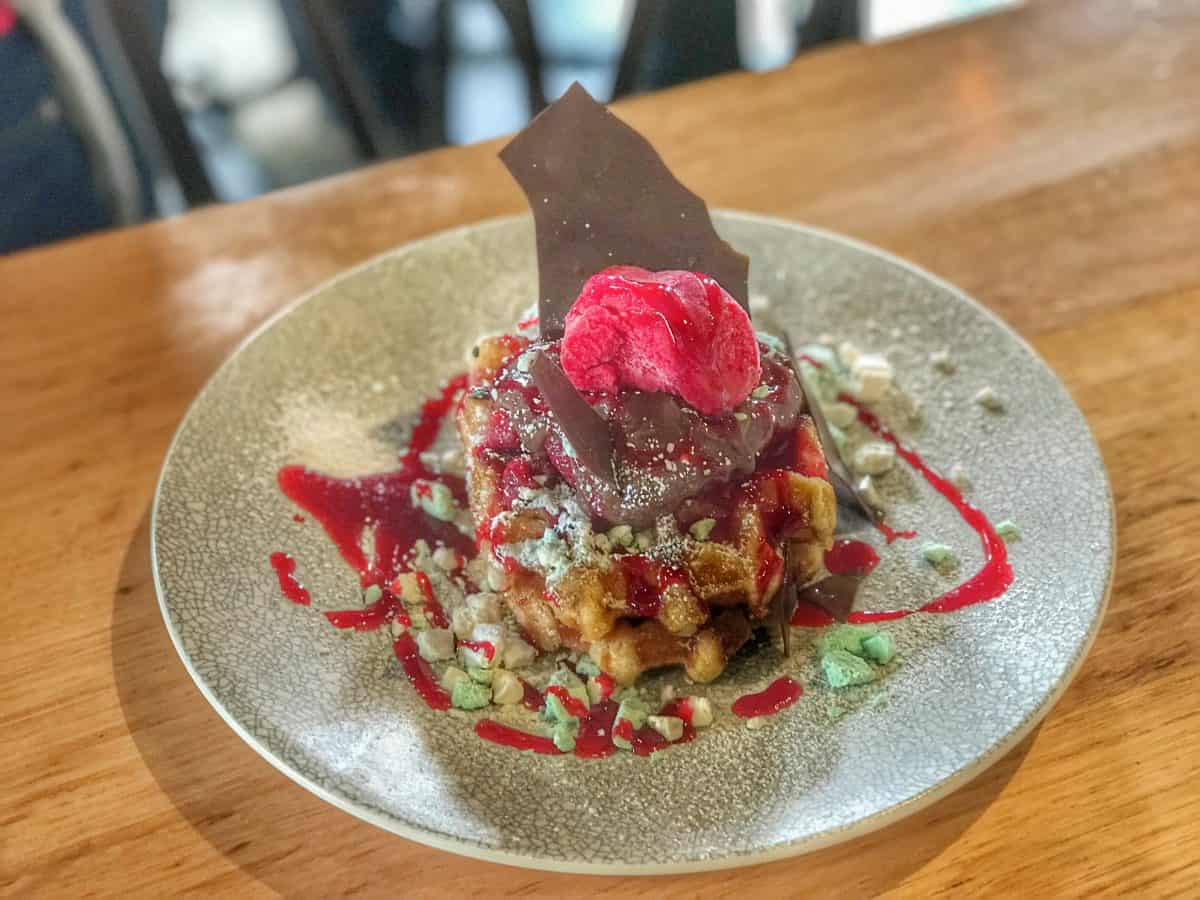 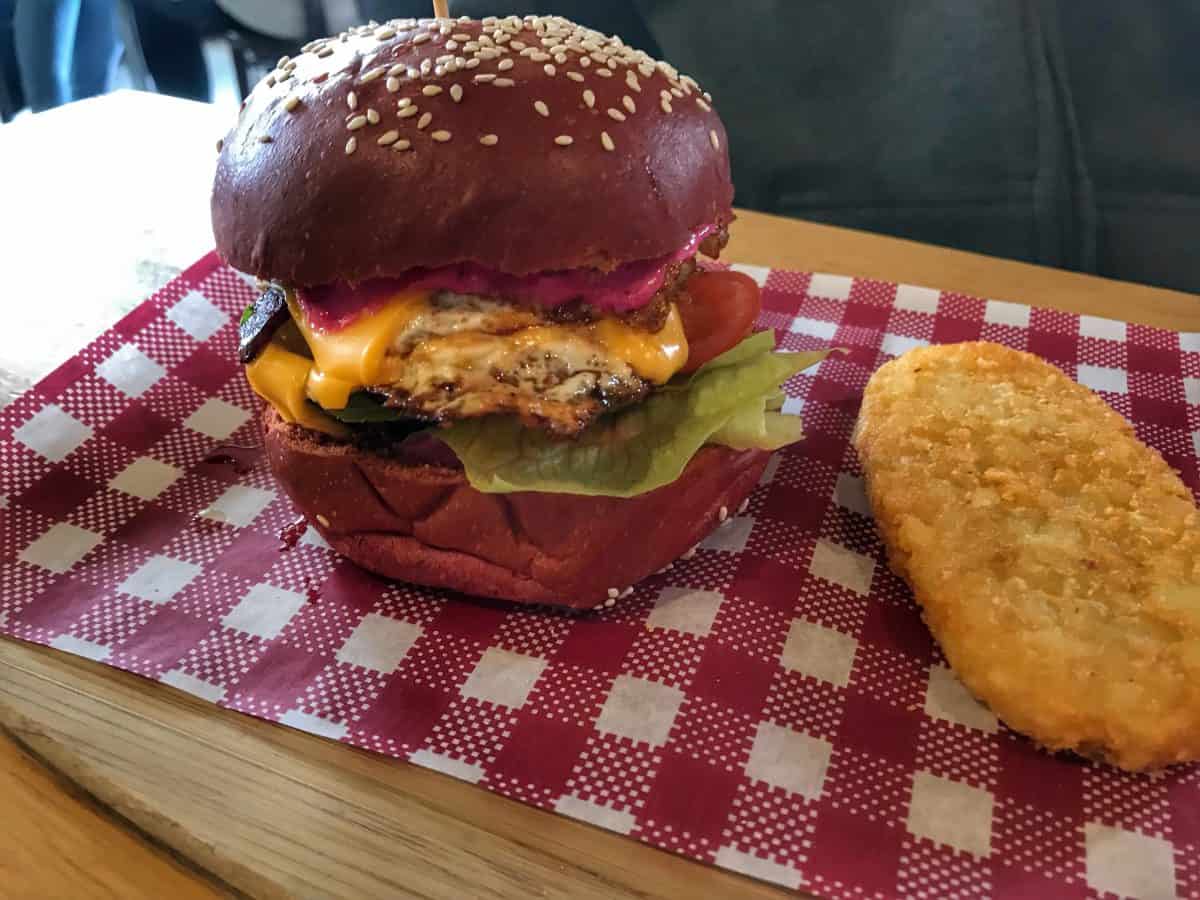 My friend Erin, from Explore with Erin, had the Avo Smash made with avocado, Danish feta, hummus, pomegranate and black sesame seeds on sourdough topped with a poached egg. 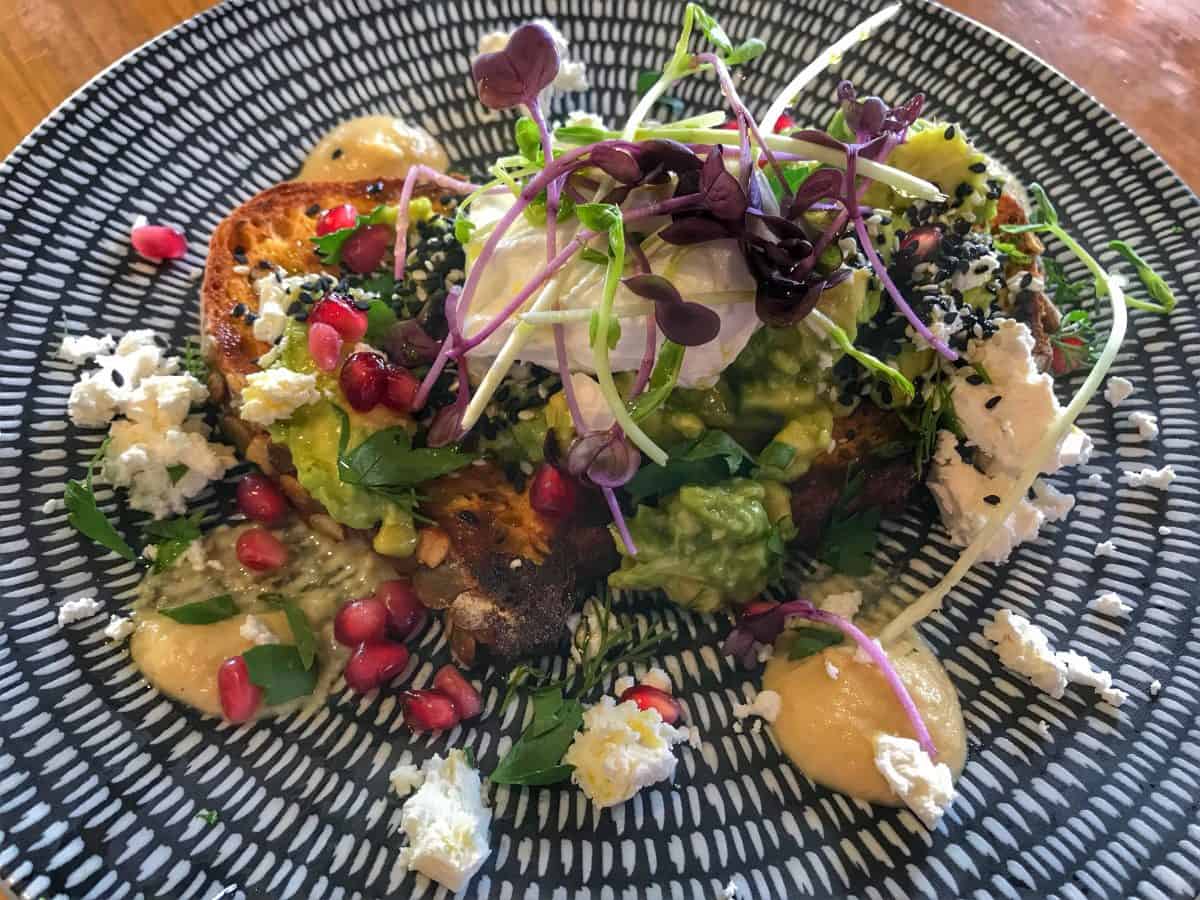 Our last meal in town was burgers and dessert at Demazzi. They have steaks, but they are spendy so we stuck to the burgers. They do not have kids meals on the menu, but if you ask they have four or five choices for younger kids.

This time we did not start with a milkshake, because we heard about their dessert boards. Instead, we started with these monstrous burgers. Eden and I split the Modified Tower Burger. It’s a burger with 2 Wagyu Beef Patties, Pulled Pork, American Cheese, Smoked Maple Bacon, Southern Fried Chicken and Demazzi’s special sauces. It was SO GOOD! I don’t typically eat like this, but it was out last meal in Australia. 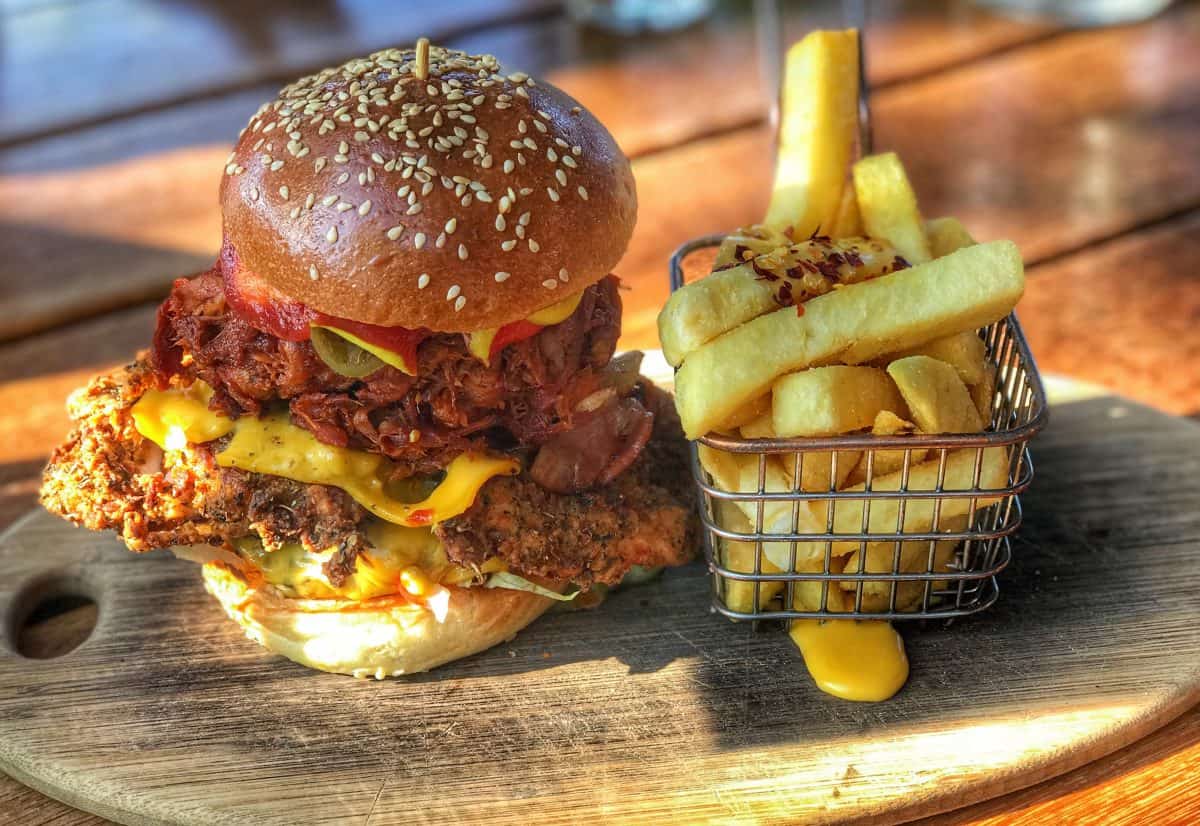 Noah ordered the double classic burger and it was gigantic too. 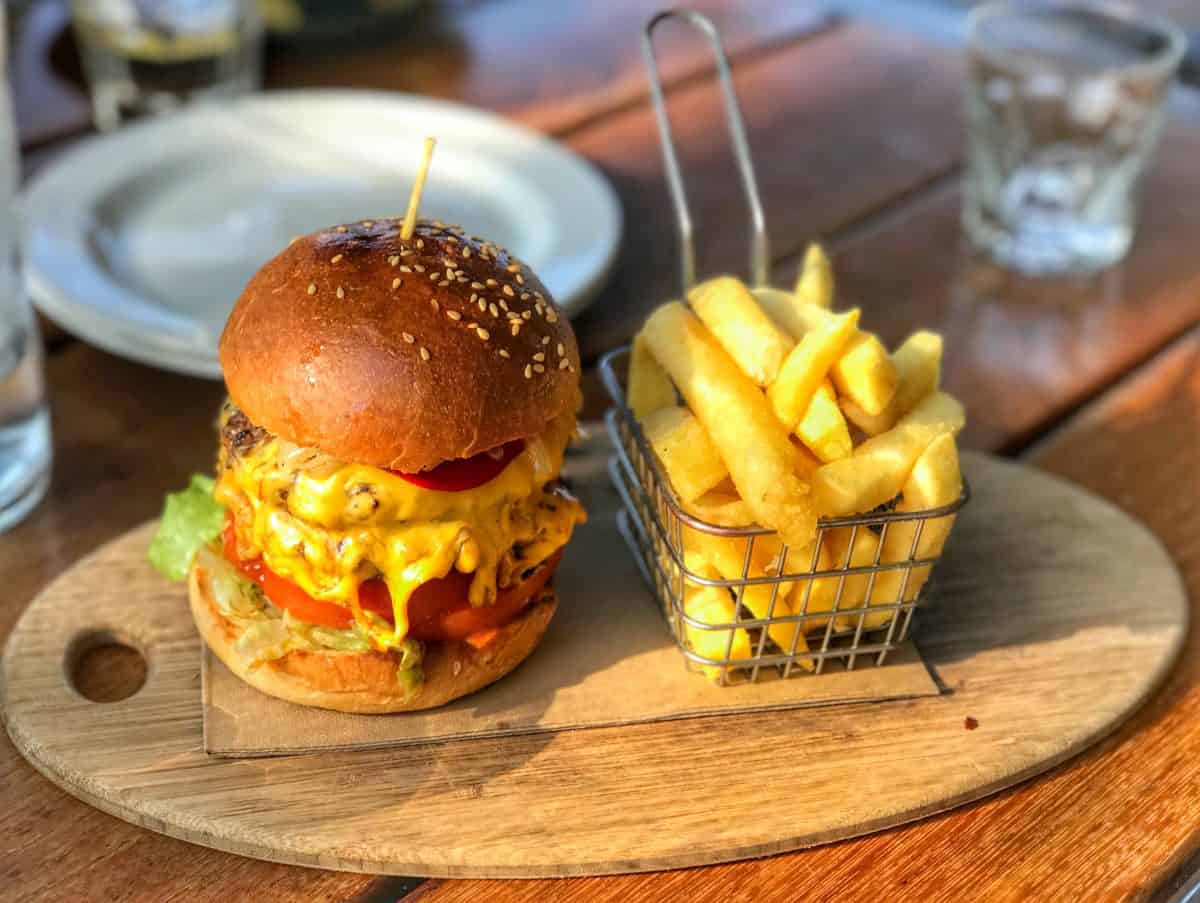 The Nutella Board is what wooed us into dining here. It came with a Nutella hamburger topped with fairy floss, Nutella jam donut, Nutella Mousse, a Nutella brownie, and Nutell drinking chocolate. We split everything into fours and demolished it within minutes. 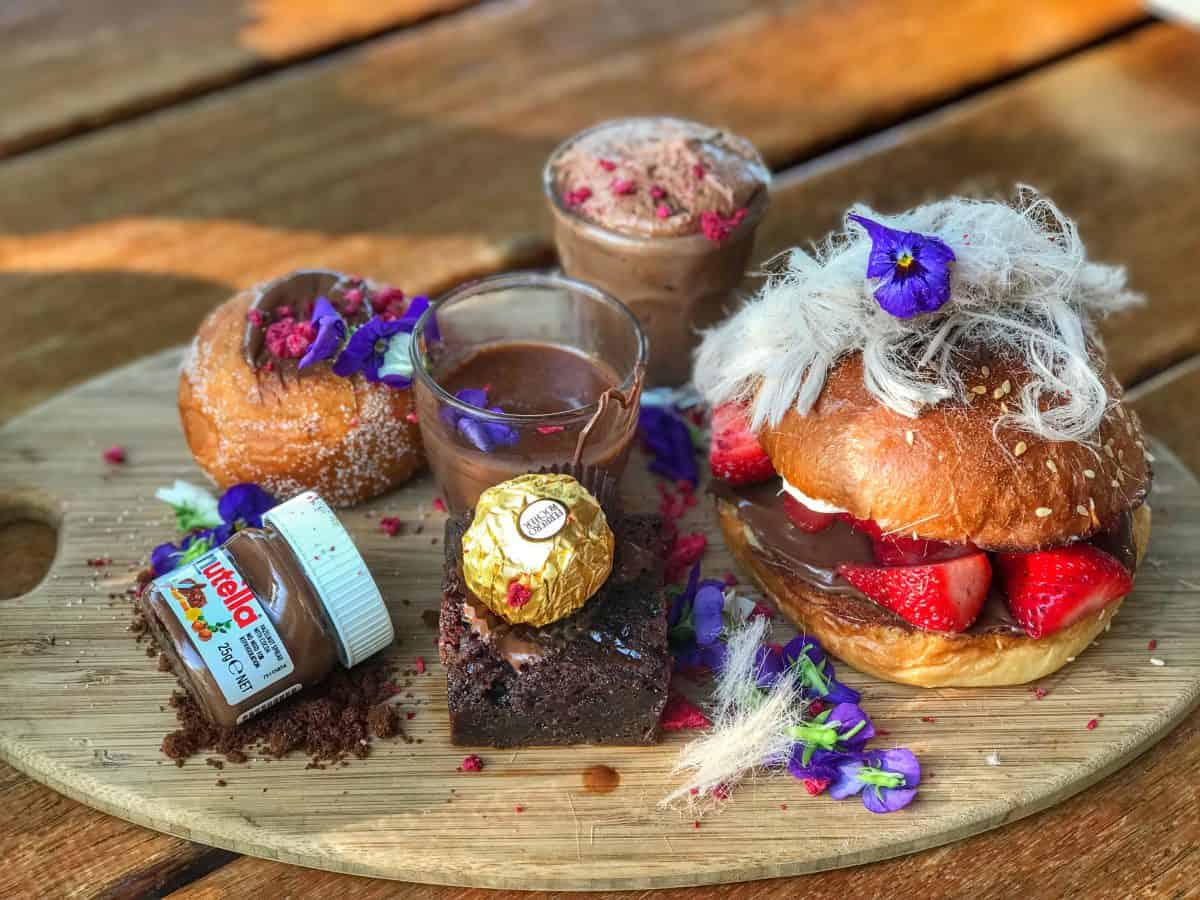 We had a lovely brunch at Brighton Soul during the week located right near Middle Brighton station. When you first walk it the place appears tiny, but they have a nice size back room. 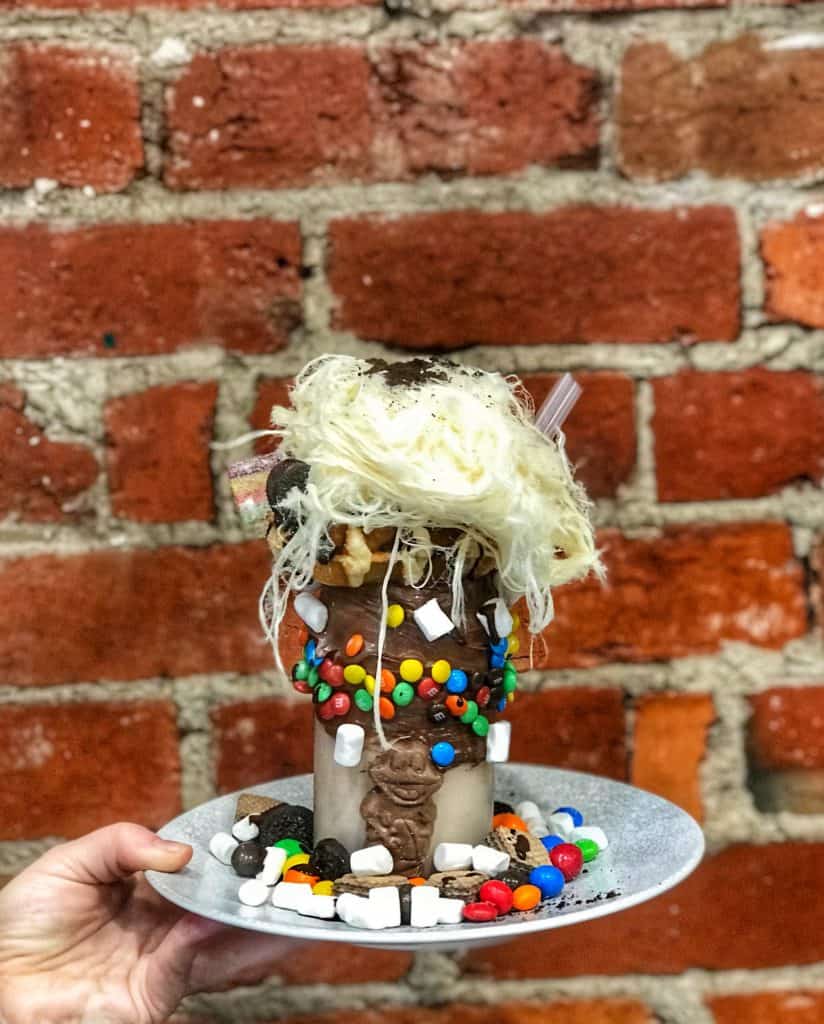 We kicked off brunch with the Nutella and Oreo Crazy Shake. I had the waffles, which are named Donald Crumble. I assume this was going to be a crumble, because I do not pay attention to details when I get too hungry. They were made with apple pie filling, churro waffles, macadamia crumble, apple toffee sorbet, persian fairy floss, and berries. They were unbelievably delicious. 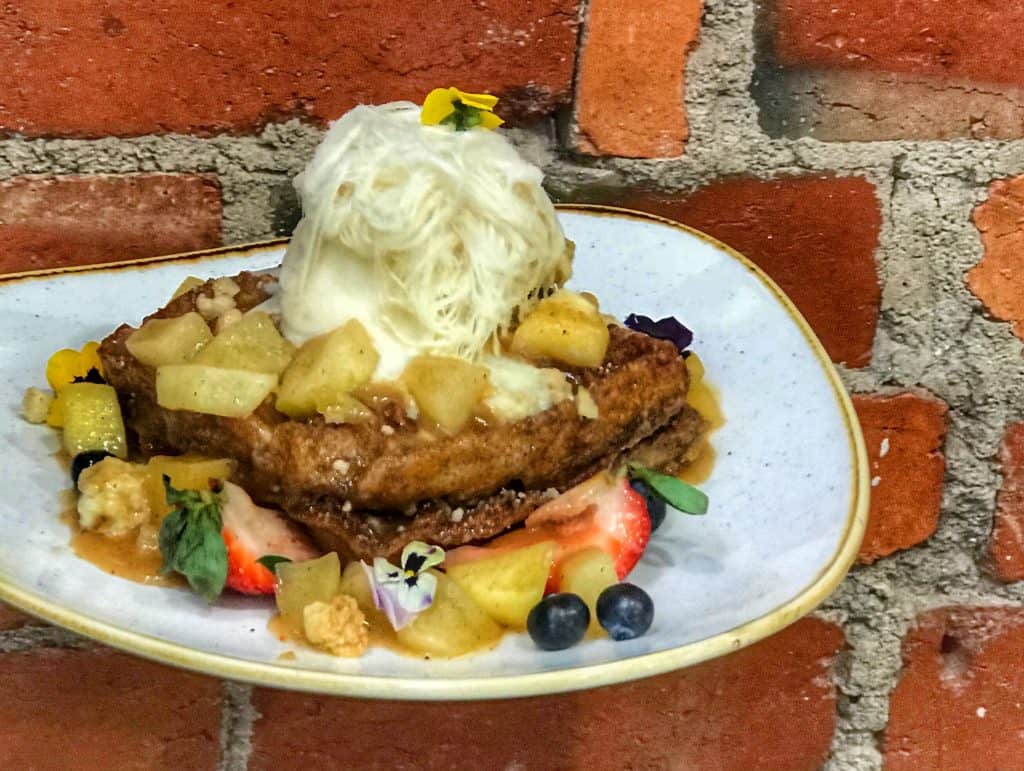 I also ordered the Red Velvet Latte, which I assumed was coffee base, it is not and has no caffeine. I have to have coffee. 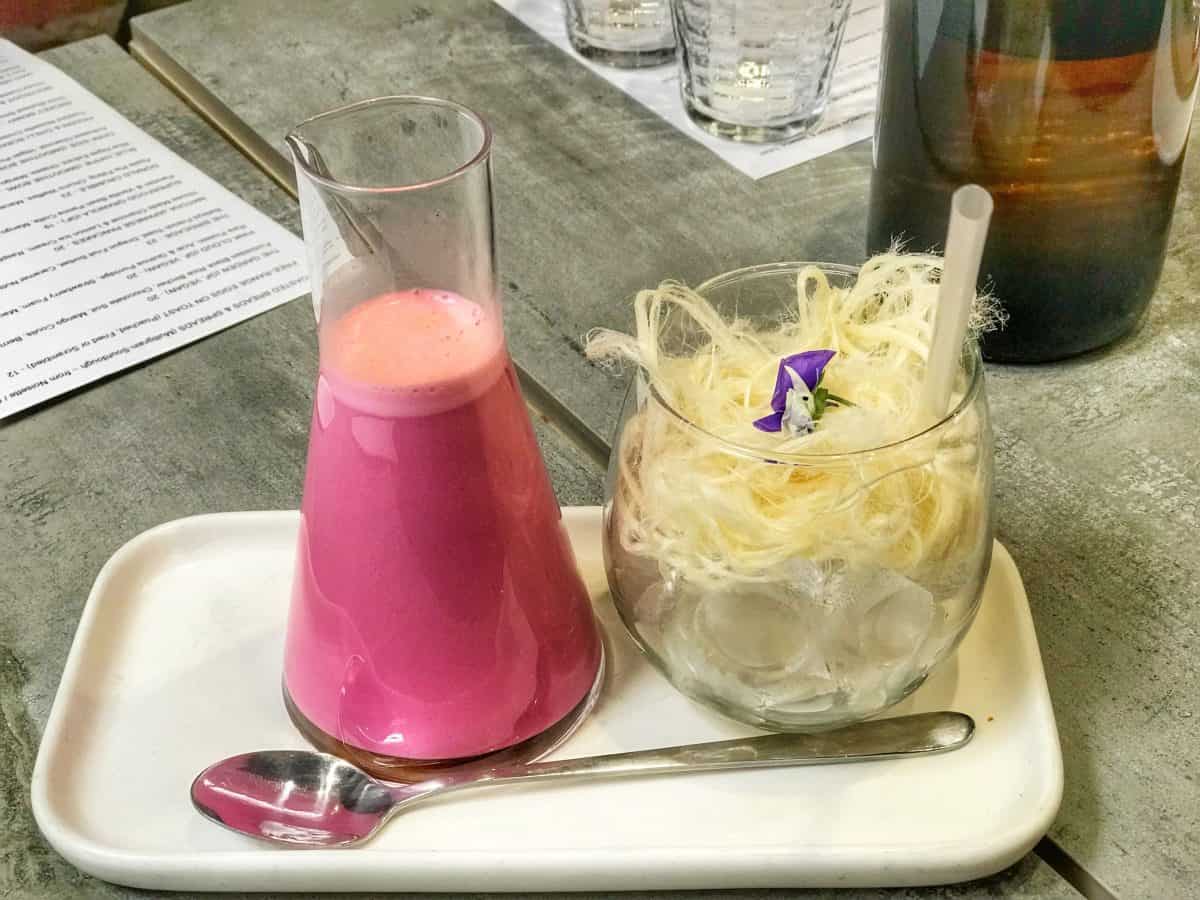 Eden had the Smoked Benny, served with slow-braised smoked ham hock, fennel & celery slaw and topped with Sriracha Hollandaise. The presentation on this dish was most impressive. 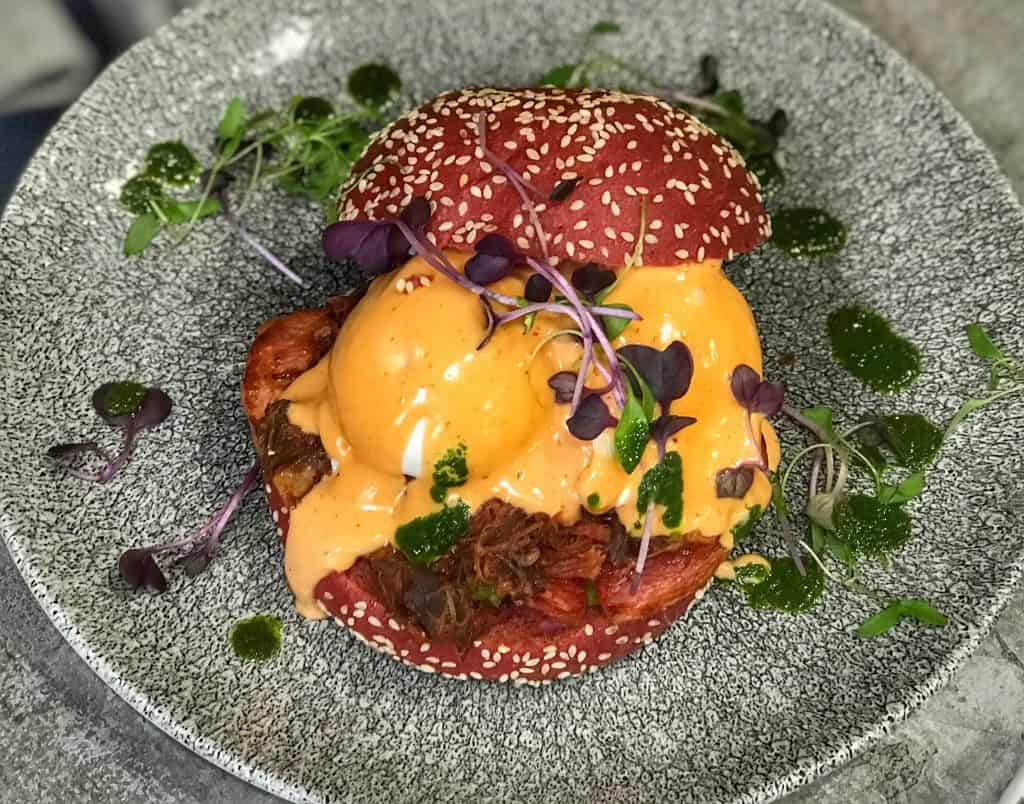 Noah ordered the Prawn Tacos. These tacos are filled with garlic prawns, guacamole, black beans, fried shallots, aioli & grilled lime. He devoured them in about a minute, so I have assumed they amazing. 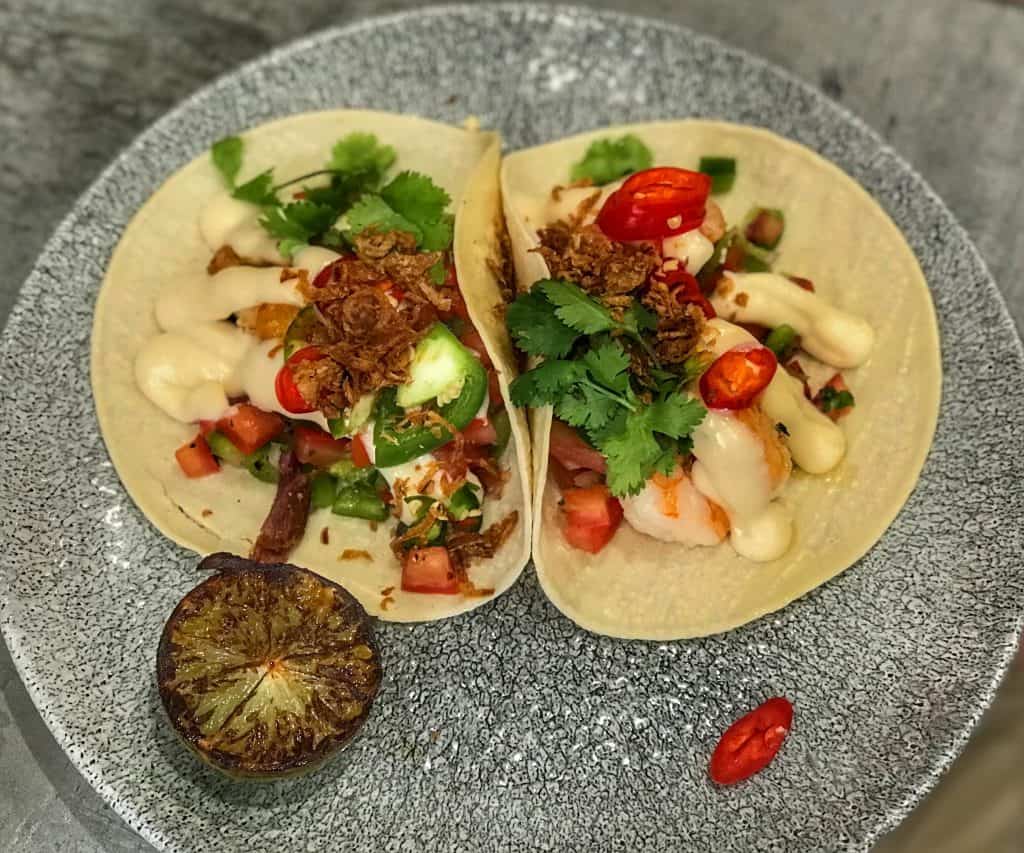 Erin had the ‘Mad About Avo’ – Avo done three ways. Avo is short for avocado. I am unsure why they shorten words but I found out this is quite common in Australia. 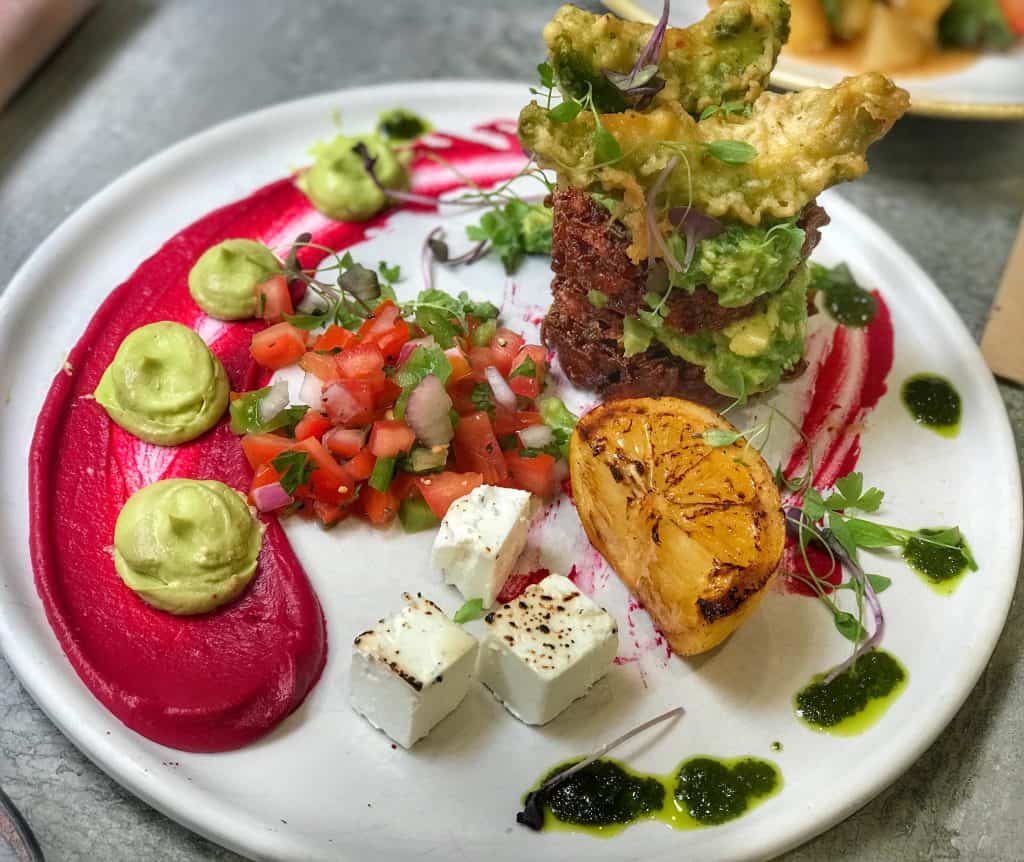 One item I wish we had ordered was the french toast known as the Bird Cage. This is French toast soaked in Bailey’s and topped with dragon fruit sorbet, caramel nuts, white chocolate mascarpone, and berries. 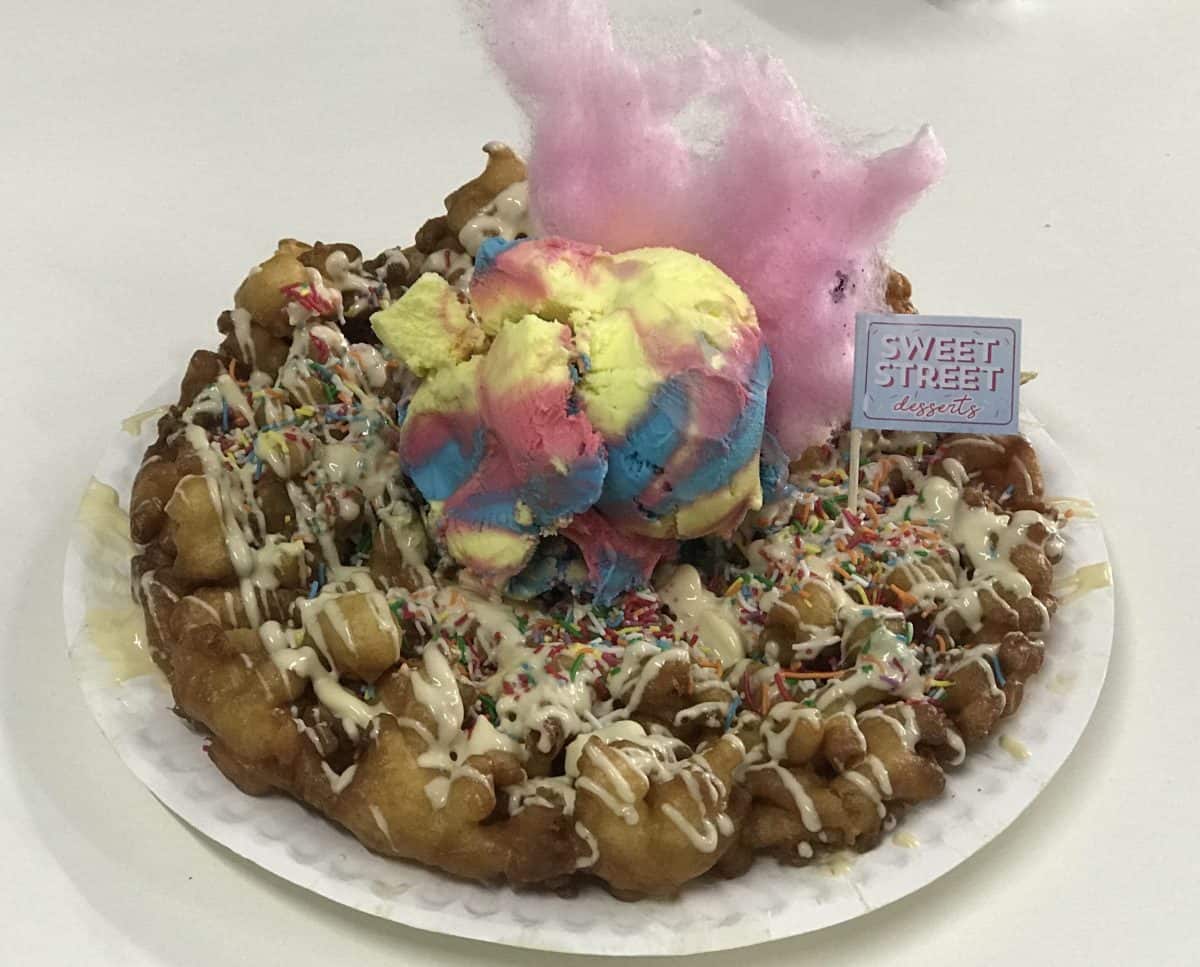 We grabbed a quick snack in our way back from the Great Ocean Road at Sweet Street Desserts. They have over the top funnel cakes and seemed to think since we are American we were funnel cake experts. I found this hysterical, but I suppose we are! We ordered two funnel cakes and unicorn cupcakes, all of which were outstanding! One was a unicorn funnel cake and the other was a Nutella and strawberry funnel cake. 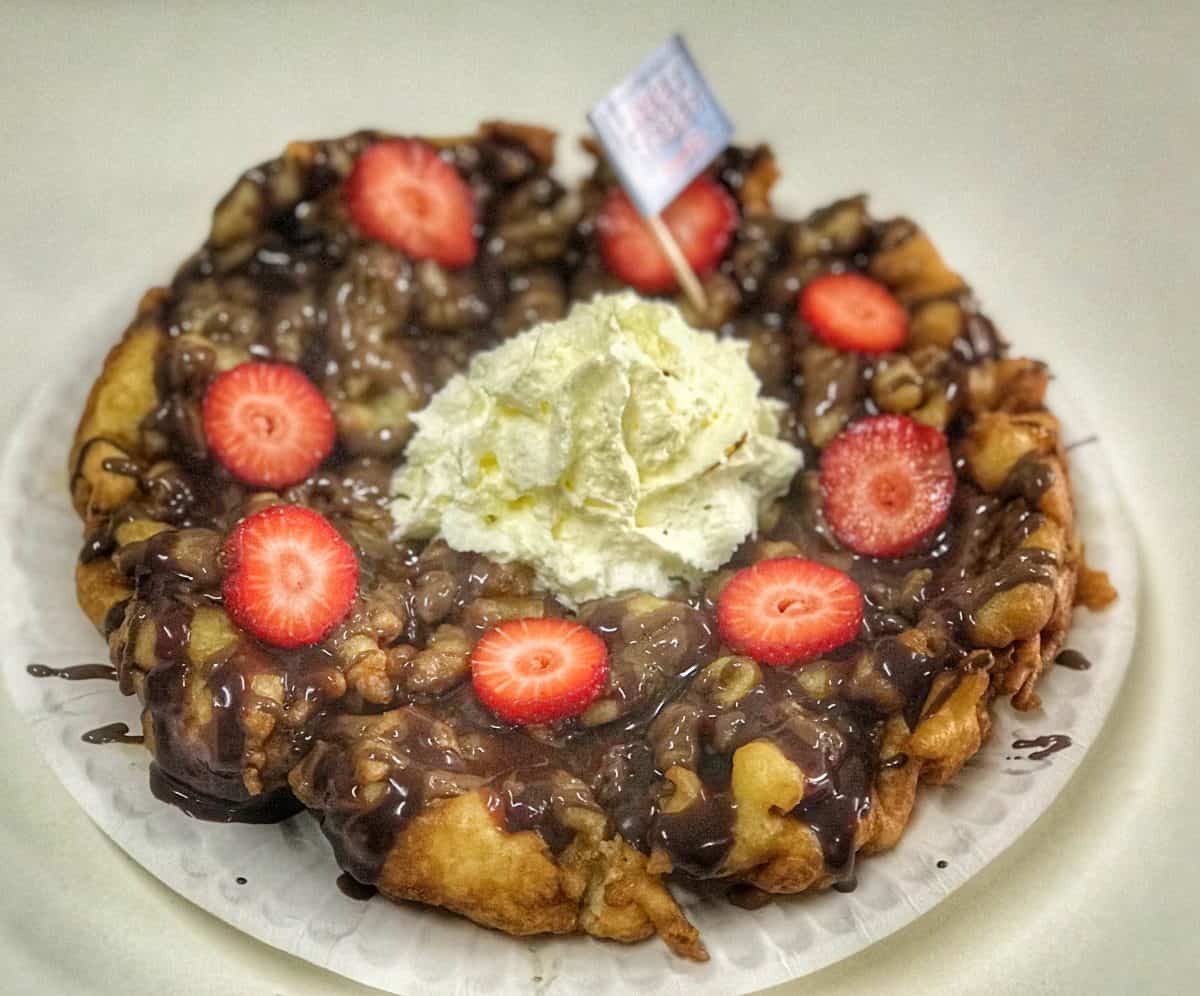 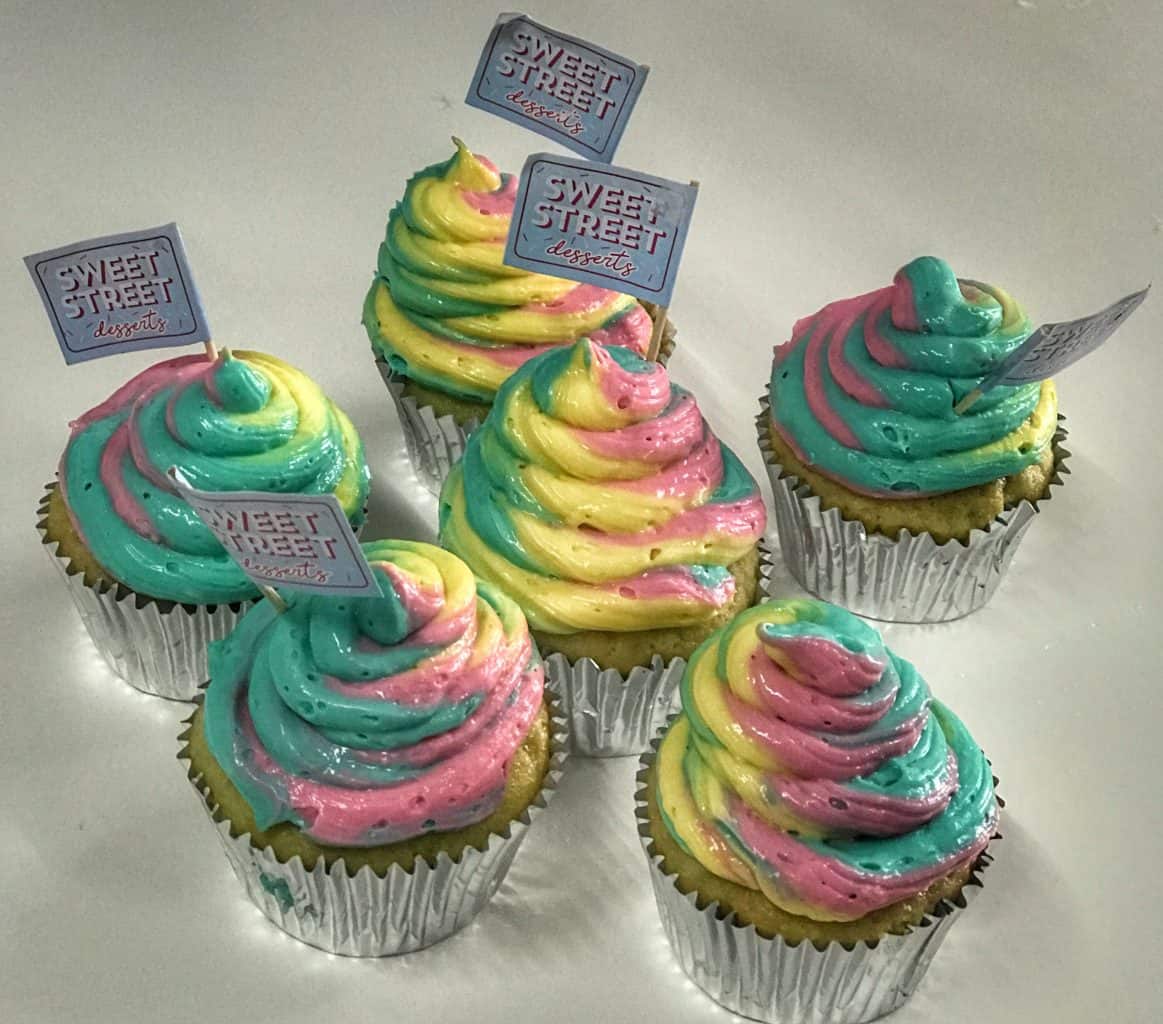 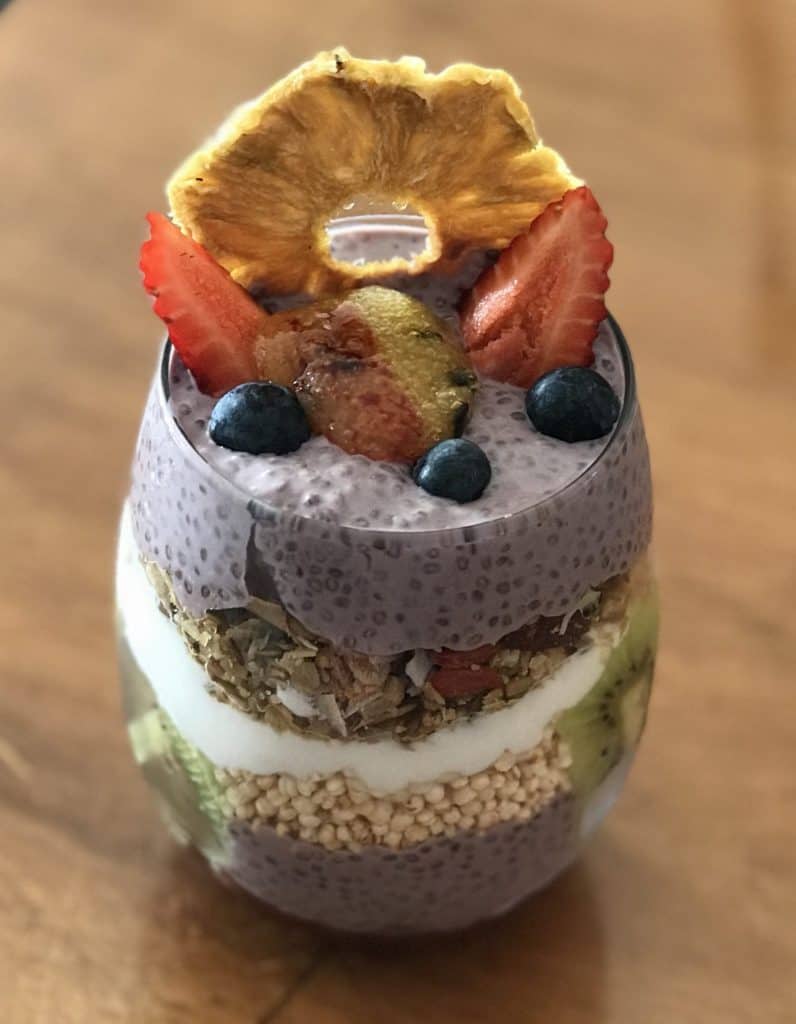 When I originally wrote this I left out Naughty Boy Cafe. I had breakfast here one morning by myself and although it was good, it was not epic as what I saw on Instagram. In fact, Explore with Erin even discouraged me from going here. Despite this, I’ve decided to go ahead and add them. Maybe I caught them on an off day. The milkshake was so stupid looking I am not even going to include it.

The photo above is of their parfait. This next one is some sort of coffee creations that I cannot remember. 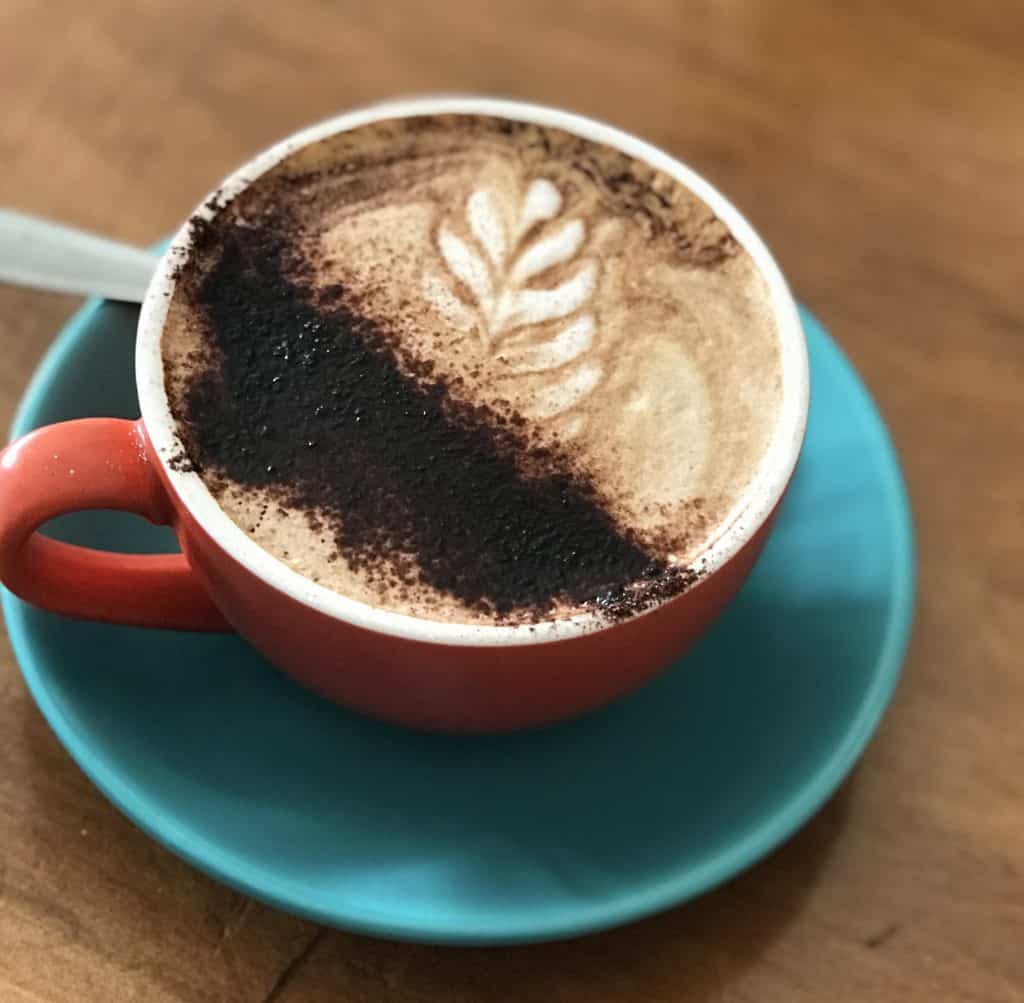 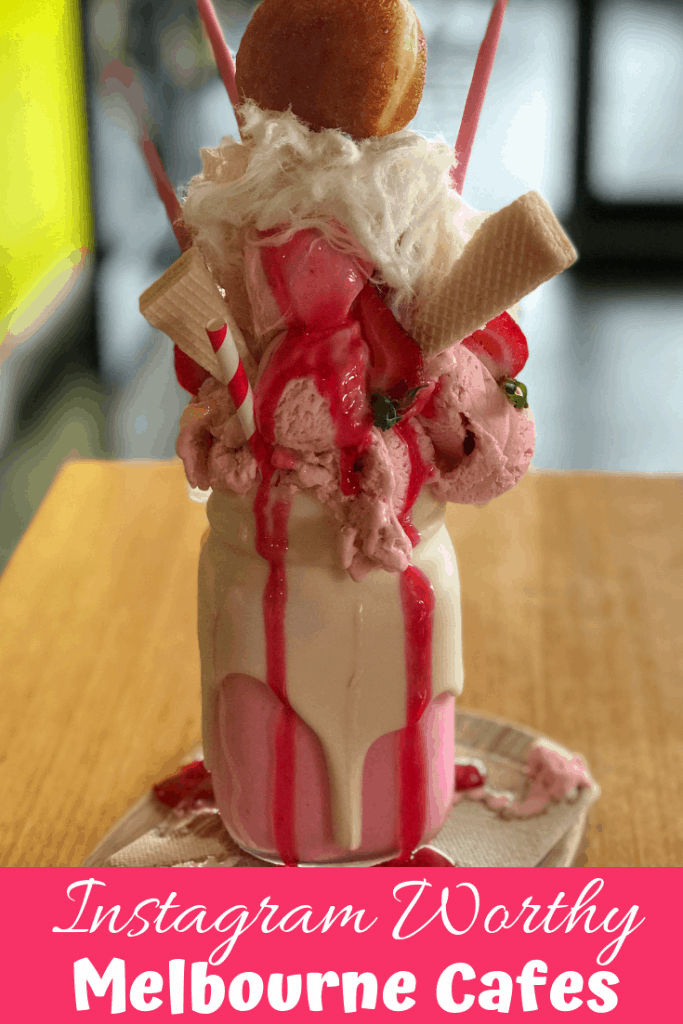 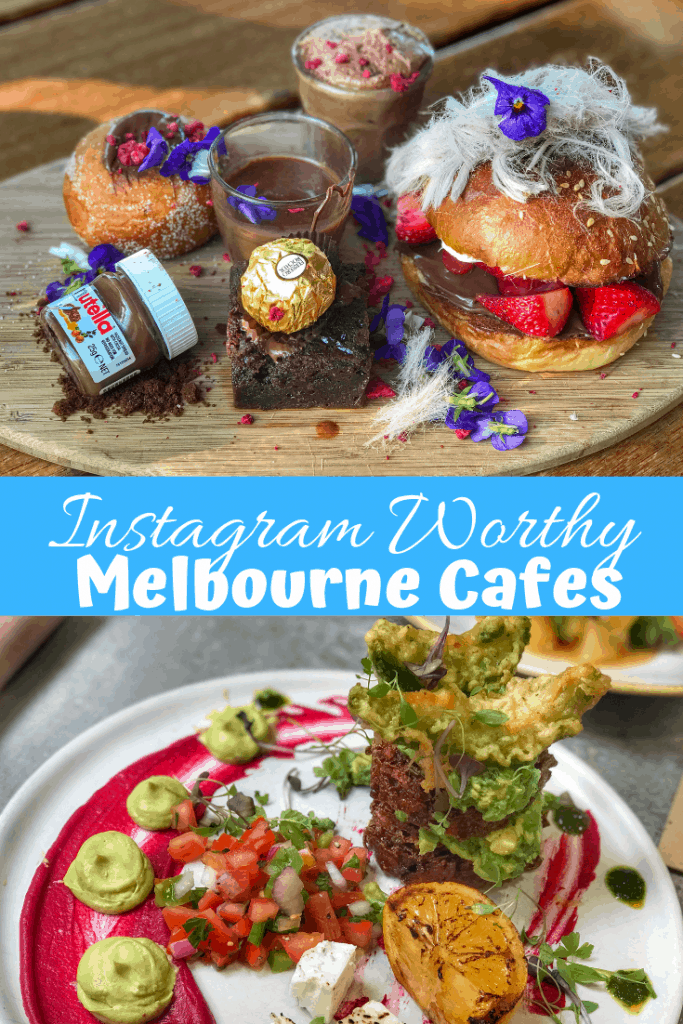