Learn fun facts about Zootopia, get Zootopia printables and find out what our family thought of the new Disney movie. 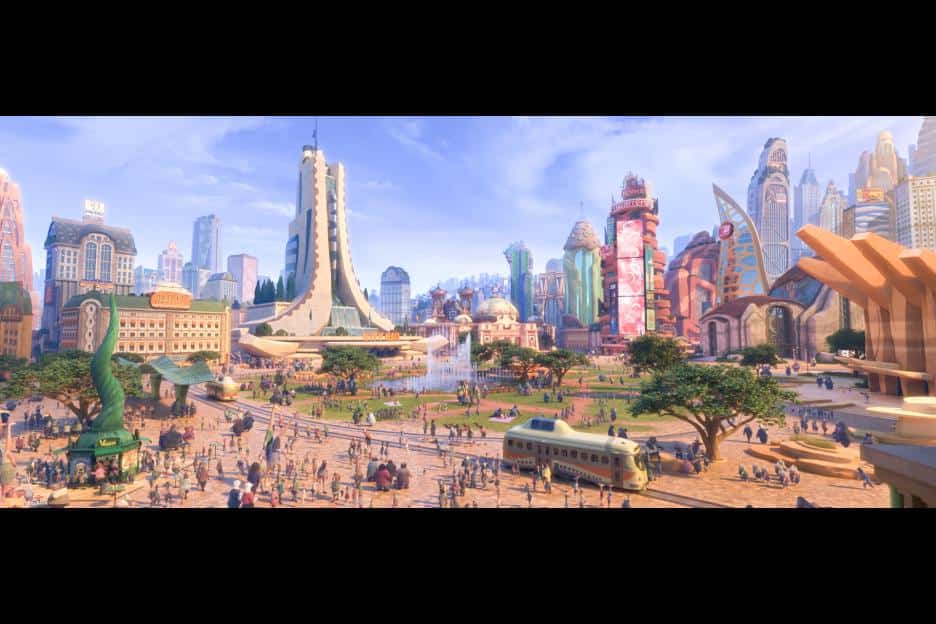 Zootopia is coming out tomorrow, March 4, 2016, and it is a wonderful movie! I was lucky enough to get to see it last week. I took 2 of my kids with me and all three of us LOVED the movie. It’s funny, witty, and of course, has a great friendship and acceptance theme running throughout it. My kids did their own impressions of sloths for days after we saw the movie.

What Zootopia is about:

Ever since she was a young bunny, Judy Hopps has wanted to be a police officer. The odds are against her, of course, because a bunny has never joined the Zootopia Police Department— or even dared to try. The cops in Zootopia are all big animals like rhinos, elephants, and hippos. But that’s not going to stop Judy. “She has a strong sense of justice,” says

Moore. “She stands up for the little guy, she doesn’t like bullies and she really takes to heart the motto of the big city: In Zootopia, anyone can be anything.”

Here’s a clip of the movie:

Here are some fun coloring sheets your kids will love and a printable hexaflexagon that entertain kids so well.

Now if that’s not enough fun for you here is a list of 10 fun facts you probably didn’t know about Zootopia!

ADD IT UP — There are 64 unique species in Zootopia and most species are unique in topology: elephants have trunks, pigs have snouts; some animals have hooves, some have paws; some have three fingers, some have two.

HAIRY SITUATION – While researching the variety of animals that would inhabit Zootopia, filmmakers learned that not all fur is the same. A strand of polar bear fur is clear—it’s the light reflecting off of it that makes it appear white—and a strand of fox fur is dark at the root, getting lighter till its red tip. Artists strived to replicate their findings to ensure that the animals in “Zootopia” were believable.

LITTLE LAMB – Artists designing Assistant Mayor Bellwether were inspired by the lambs in the old Disney films “Make Mine Music” and “Melody Time.”

FANCY – Artists crafted six unique outfits for Assistant Mayor Bellwether. The chosen fabric, naturally, was wool. Her outfits include a houndstooth dress, a blazer and a little bell in honor of her moniker. She also has an orange dress with a scissor pattern that represents shears.

HEAR ME ROAR – Artists were inspired by Mufasa from Disney’s classic film “The Lion King” when creating the look of Mayor Lionheart.

THE EYES HAVE IT — Clawhauser may not share a real cheetah’s svelte shape, but he does sport the animal’s iconic tear marks—markings that run from the inside corners of his eyes down to the outside edges of his mouth.

ROLL IN THE HAY – In an effort to bolster the animal-feel, artists added bits of debris—hay, leaves, sticks—in the coats of animals like the big sheep and Yax the Yak.

HERE KITTY KITTY – Nathan Warner, director of cinematography-layout, got a pat on the back from a real-life cheetah during their research trip to Africa. The rescued animal that caretakers had introduced to the filmmakers seemingly took offense to the camera Warner carried and leapt up to let him know. Both filmmaker and cat were just fine following the event.

STIFF UPPER LIP – When artists realized that real rabbits actually have a split upper lip, they decided to forego authenticity in this case and kept Judy’s lip all together.

TWEEZE ME – Advances in technology allowed filmmakers to trim the fur that fell beneath clothing so that the garments hung correctly. Previously, hairs that intersected with an item of clothing—like Bolt’s collar—had to be plucked one by one, which would have been an impossible feat in a film like “Zootopia.”